8 points to discuss in video games industry in 2023 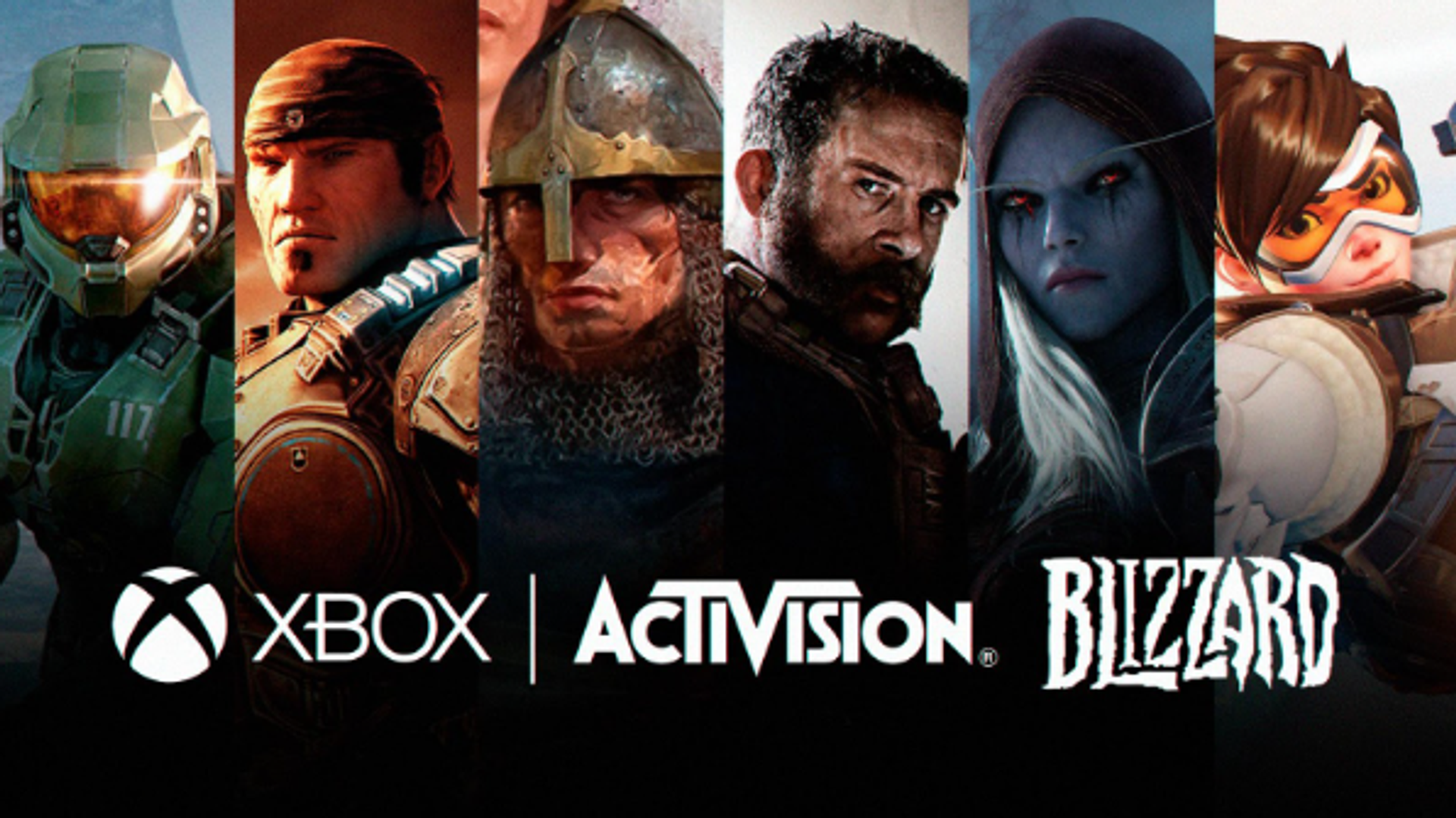 Let’s be honest: 2022, putting it mildly, didn’t fulfill gamers’ expectations. Video games industry was either in hibernation or crisis, with scandals shaking it all over. Complete it with a lack of bright releases and fancy events. The only good thing is that 2023 looks promising in terms of cool titles to be dropped as well as other activities. Here’s the list of 8 things to follow.

Just as the video games community first heard about almost the $70 billion deal between two major corporations it shook the ground. You bet, such an integration was threatening to turn the whole industry upside down, making all the other companies more of an inferior than a really capable rival. It seemed that ruthlessly criticized Bobby Kotick managed to outplay everybody and get a “deal of the century”, whereas Microsoft got a bit worn but still a very precious asset. Although both sides realized such a grand deal couldn’t be closed with a snap of fingers, nobody really expected it to stretch for so many days.

While the financial regulators of particular countries were working on closing the deal step-by-step, Sony made a real fuss, claiming to cancel the deal. They stated such a purchase would turn Xbox into a monopolist on the video gaming market, which conflicts market laws. The most attention was paid to the Call of Duty series as to the most significant title, which shouldn’t be limited to the only platform. All of these triggered a chain of events, resembling a circus show. Gigantic corporations started complaining about each other, not being able to agree, humiliating and embarrassing themselves. Both sides straightly stated their own products to be too good to compete with the opponents’.

Conclusion of the events is about to happen, as the US Federal Trade Commision sued for blocking the deal. Because of that, the chances of Microsoft and Blizzard amalgamation significantly reduced, but some still remain. 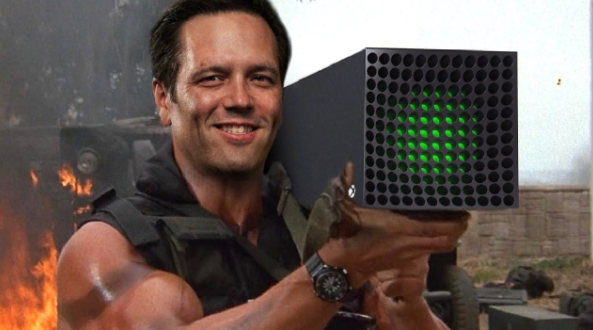 Phil Spencer played a key role in helping Xbox get out of the deep, deep hole, where it appeared to be due to Microsoft's previous management. Taking the chief’s chair, “Wide Phil” decisively undertook the developing and advancing the gamepass, purchases of studios, making the console’s prestige grow and ousting Sony. Obviously, the strategy is justified and bearing fruits, but a couple of questions arise.

Last few years, the Xbox has been kind of stagnating. There is a lack of solid exclusives, with those which were released not shining really bright and no new hits are looming on the horizon. Gamers weren’t also glad with news about rising game costs, which were constantly refuted lately.

Unluckily, there happened the Microsoft and Blizzard assimilation litigation. Phil Spencer bade too high on this deal, which looked weird from the very beginning. To do this, Microsoft made huge concessions, willingly degrading their own platform, spent a huge sum of money and suffered significant reputational losses. It looks like Phil has already worked off his own resource at his position and Activision purchase failure won’t be forgiven. That’s why we highly expect positional changes among Xbox’s authorities. 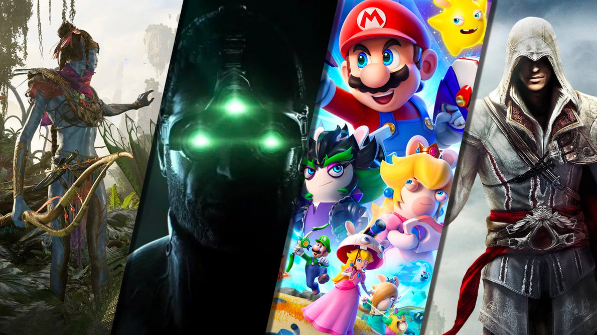 In 2022 the French publisher didn’t feel good. Due to various reasons, the studio was left by a long list of high-qualified professionals along with common ones. There were not only developers who left the company, but also extremely valuable individuals and chiefs, who weren’t really replaced equally. At the same time, many people with bad reputations have stayed in the company, the people who were involved in scandals or famous for their bad management decisions.

Whether it was the reason or not but the studio seems to forget how to make good games. Enough to look through the list of titles that were produced to understand that Ubisoft is reeling. Almost every their title released got a flurry of criticism for its uniformity and a conveyor approach. The attempts to increase the cycle of development didn’t really bring in a new level of quality, but reduced the number of titles produced.

In addition to this, they made several unsuccessful attempts to keep up with all the new trends, not realizing what they really are. Thus, it led to their own Hyper Scape battle royale closure and a condemned desire to enter the NFT market. Many analysts expect the French to put themselves up for sale soon, although Yves Guillemot used to eradicate such conversations instantly. It would be a sad story if one more major industrial actor loses its independence.

What about Skull & Bones 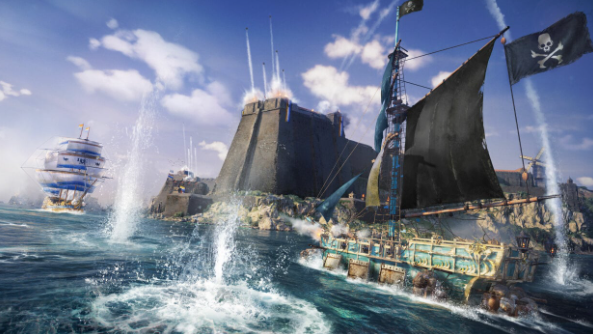 Talking about Ubisoft, it’s impossible not to mention its long-suffering Skull & Bones. Its name already became a nominal as it appeared to be so problematic that even its own developers are refusing to work on the project. Although it looked promising in the beginning, when the company made an arrangement with Singapore authorities, according to which Ubisoft Singapore was getting generous subsidies in exchange for the particular number of specialists employed, trained and the compulsory release of an absolutely new title. Assassin's Creed IV: Black Flag multiplayer mode was taken as a basis and turned into a separate title, which was announced in 2017.

That’s where the good news ends. The game went directly into a productional hell, where it remains to this day. The number of delays is uncountable and the release date for now is 2023’s spring. The worst thing is that the studio still must finish the project. Due to the pressure from above, the team had to demonstrate some materials, which only proved they are having bad times. Hopefully, their suffering will end soon.

A lot of delayed titles to be released 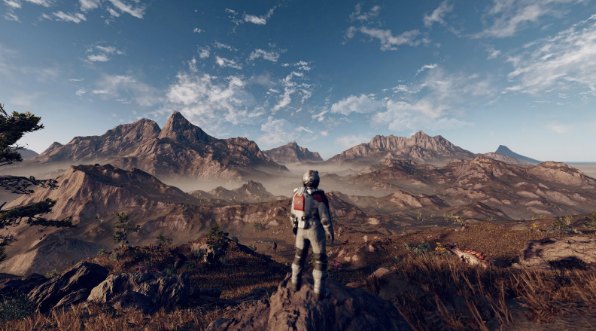 One of the reasons 2022 was extremely dull and boring for the video gaming industry is publishers and developers mass delaying their major projects to 2023. It was explained with anything, starting from the necessity to polish the gameplay and desiring to get less criticism to the banal unreadiness and covid-19 and remote work residual influence.

That’s why 2023 looks fabulous at least on paper. The number of projects announced for 2023 is astounding. Hogwarts Legacy, Starfield, The Lords of the Fallen, Diablo IV, Star Wars Jedi: Survivor, Resident Evil 4 and Dead Space remakes – you surely won’t have enough free time to play through these and many other titles.

Are Atomic Hearts and S.T.A.L.K.E.R. 2 going to surprise us? 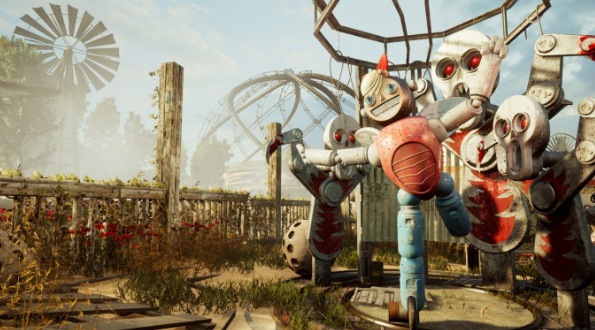 For Eastern European gamers there are already two projects to pay attention to: IP: Atomic Hearts and S.T.A.L.K.E.R. 2. Both releases are staying top in various “the most expected” charts and are seriously hoping to become a national favorite. However they both possess an absolutely opposite aura.

More eminent S.T.A.L.K.E.R. 2, which brings artifact’s hunters back to the Zone, is remaining in an uncertain development phase. Besides a couple of trailers and screenshots, there’s no exact information about the game. Due to the things everybody knows about, GSC studio had to move to the Czech Republic and start many processes from scratch. But even apart from all of that, only a few believed it would be released on time – you can’t get rid of the previous reputation that easily. So it’s not a secret many players anticipate it to be delayed again.

Against this background Atomic Hearts looks more impressive, leaving no doubts after the recent event that “the new BioShock” really exists. Although it apparently has a list of pros such as unusual visuals, attractive setting of alternative story, charismatic opponents and funny babka in the end, still it also has a bunch of cons. Its difficulty level choice is widely criticized, as well as its inconvenient fight system, lack of being a single whole, unclear general technical condition.

Chances of failure are pretty high for both projects. However no matter how many bugs they have, they are almost certainly getting a cult status. They only need to be released.

Is any other indie-project going to shoot sky-high?

The new steady tendency has developed over the last few years, that suddenly for a mass player some indie-title soars sky-high. Thus, in 2022 it was definitely Stray, which main feature is: its protagonist is a cat. Gamers liked to run everywhere as a little fluffy animal, meow and drop the objects off the table with no visible reason that much, so they closed their eyes to a lack of gameplay options and a pretty weak story.

Is there any other hit going to blow up the market once again and if yes, it is going to be as hyped as BlueTwelve Studio’s creation? Is it going to relate to another cute little animal or should we expect an original idea? These and other questions can only be answered during the year. 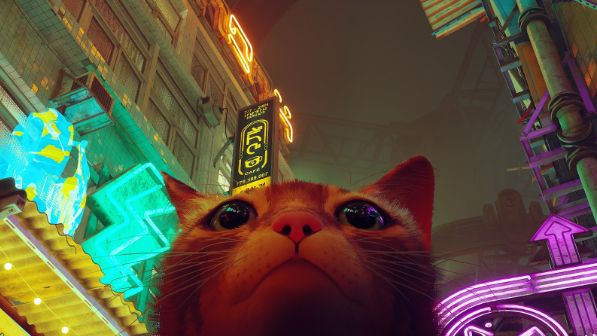 What is Ken Levine’s BioShock 4 and Judas?

For his long video gaming career, Ken Levine proved to be a genius game designer and creator but poor manager. He is able to fascinate the others with his ideas, but because of his management approach, perfectionism and desire for innovations, he himself turns the process into chaos. While 2K had enough energy to control his impulses, there’s nobody to do the same in his own studio, where he wields absolute power. This is possibly the reason why we don’t know exactly what the new Judas project really is.

The only materials were shown in December and left a slight of disillusionment. Levine didn’t hesitate making loud statements, promising to make a new genre revolution and show us what the real art, deep story and innovative narrative approach are. Still it suspiciously looks like the good old BioShock. Will the creator be able to surprise fans and surpass himself or is he just self-copying and has nothing else to show? Let’s hope the mystery aura wanes a little and we see what at least to expect.

The same expectations concern Cloud Chamber’s BioShock 4. It looks like this project has better chances to be of a high quality than Judas, because nobody disturbs the developing team, letting it work peacefully. But the complete absence of any new information in addition to the fact the team only got the lead screenwriter last December, can possibly point to not the best situation. We’d like to hope that developers were really working on the new part of the legendary series project for a long time, but who knows for sure?