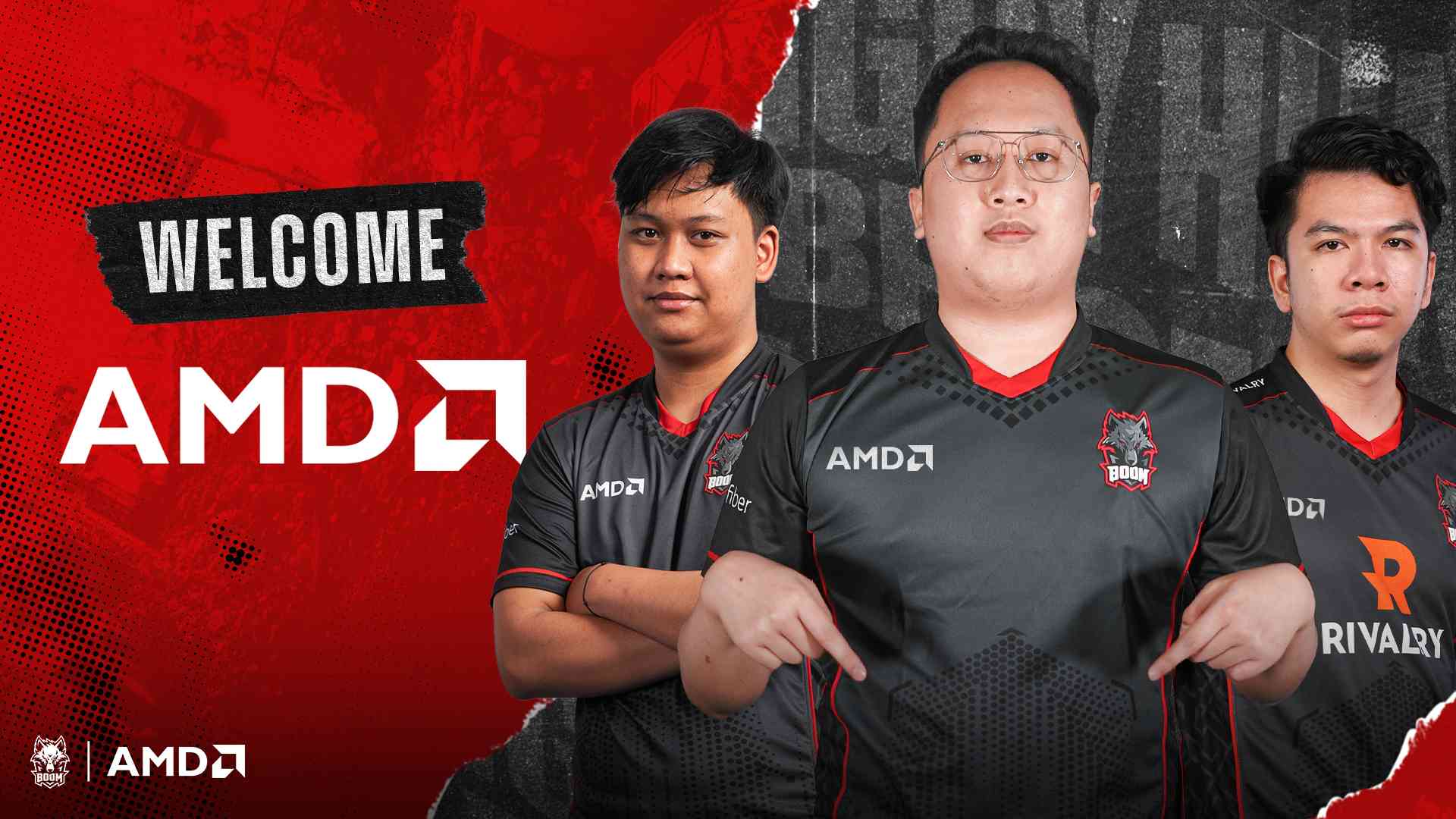 The sponsorship will include hardware support for BOOM Esports Dota 2 and Valorant Team’s esports athletes to support their training sessions and competitive matches. BOOM Esports’ athletes will also benefit from increased exposure as participants in the AMD Gaming 2022 Campaign, which includes the AMD Streamer Challenge; AMD Gaming Creators; AMD Game Lab and AMD Esports Challenge. As part of the sponsorship, BOOM Esports will also provide support for AMD through online content creation and appearances at selected AMD events.

"Besides adding advantage to BOOM Esports in terms of top-of-the-line hardware, we believe this partnership will also help us fulfil our community-related goals. With AMD’s support in the esports landscape in Southeast Asia, we’ll have a better opportunity to interact with our fans and contribute to the evolving esports and entertainment ecosystem for the near future," said Devesh Kabdwal, CRO at BOOM Esports

Established in November 2016, BOOM Esports is one of the oldest esports organisations in the SEA region. The company has Dota 2, Valorant, PUBG Mobile and Leauge of Legends - Wild Rift teams.