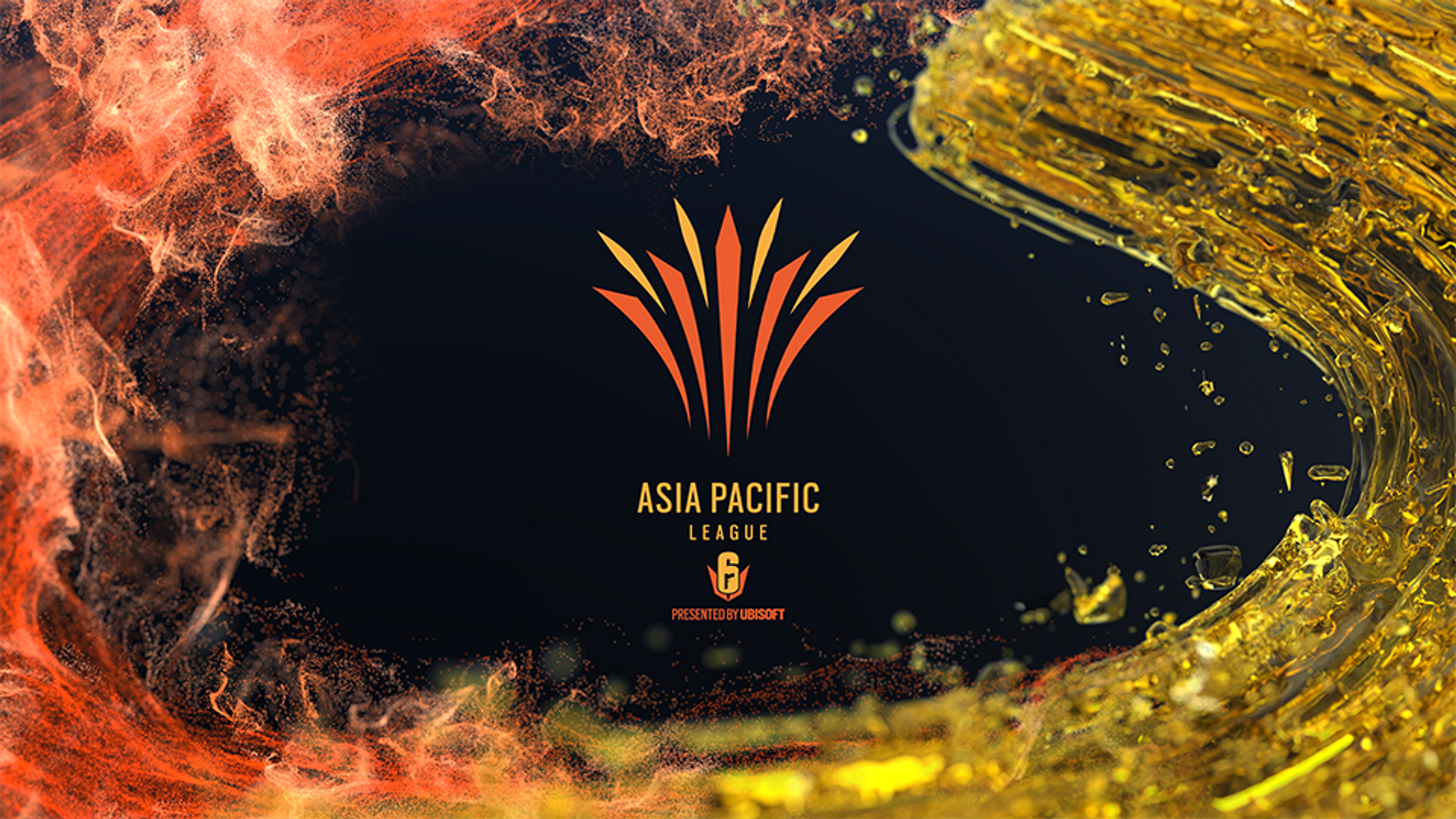 Rainbow Six: Siege fans are worried about what's happening in one of the prominent regions, APAC. As organizations drop out of the game, and promising players drop out of competitive.

It's a region facing high ping, tournaments over VPN, and tournaments completely cancelled...

BLIX.GG spoke with APAC's pros to get to know the regional issues in the R6 scene.

An image of timeout requests during an APAC league game, courtesy of Jo from Gaimin Gladiators

One of the main problems is the high ping. Teams in the APAC region have different locations; as an example, APAC South Season 3 has two teams from Thailand (Elevate and FURY), one from Taiwan (Dire Wolves), two from Australia (Knights and Wildcard ), one from Indonesia (Gaimin) and the other is a mixture of countries (Tyde). Making the difficulty of having a fair server for both parties.

This is different from NAL and BR6 where the matches are held as LAN tournaments. And it's also from the EUL, where the server location is able to offer decent ping to all sides, making for fairer confrontations.

“Every team have to play on 100ping with VPN when you have to fight against ANZ team or a team that has ANZ players in the team.” Said Paramin "sprOnigiri" Suwanwattana, team captain for Elevate.

According to Sillapakorn "Lycolis" Dokmaikhaw the problem began when they merged parts of the SEA region and OCE to APAC south: “It was a terrible idea to begin with for us to play with OCE team with 100ping.”

But the ping isn't the only problem the region is currently facing. 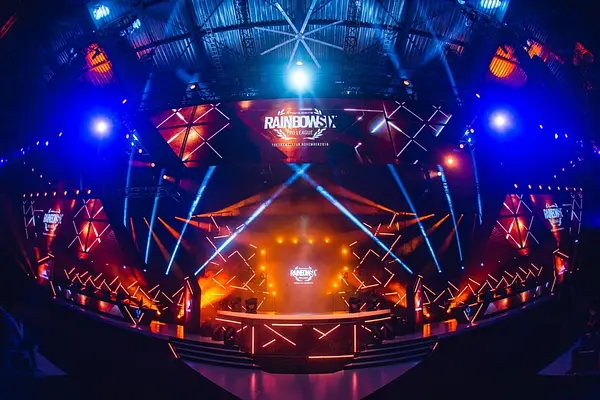 A stage set for a previous R6 LAN event

The APAC Region (North/South) hasn't had LAN tournaments for some time — last LAN tournament was before the pandemic. The lack of LAN events ends up hindering competitiveness, and even resulting in unfair tournaments. Bringing us back to the previous point, the last APAC League, saw teams harmed by the very high ping.

“I can't help but feel that our league is behind the others especially BR6 and Copa Elite Six." Said Jose "Jo" Iman, player for Gaimin Gladiators. "Us APAC players are only hoping for at least to have LAN playoffs. APAC South can't be helped right now since we have Southeast Asia and Australian teams in 1 league," he explained, "but if there is playoffs that is on LAN, it would be enough to make us happy." Although in Jo's opinion, "Southeast Asia and Australian teams shouldn't be in one online league in the first place.”

Lycolis expressed his own opinion regarding the lack of national and regional LAN events.

“I don't know what is the reason for cancelling playoff" he said, "but for me i think its because top of the team in APAC north are the main reason because they're blaming the ping cost them to lose which is real that's what we have to deal with as well.”

Previously in APAC, a national championships guaranteed places for players from respective region, such as the Thai, Indonesian or Taiwanese championships. But now everything has become one championship. Something not everyone in the scene is happy about.

After three big problems like the above occur, it creates a new problem — one that affects the organizations themselves. How do you invest in a scenario where you don't feel comfortable? 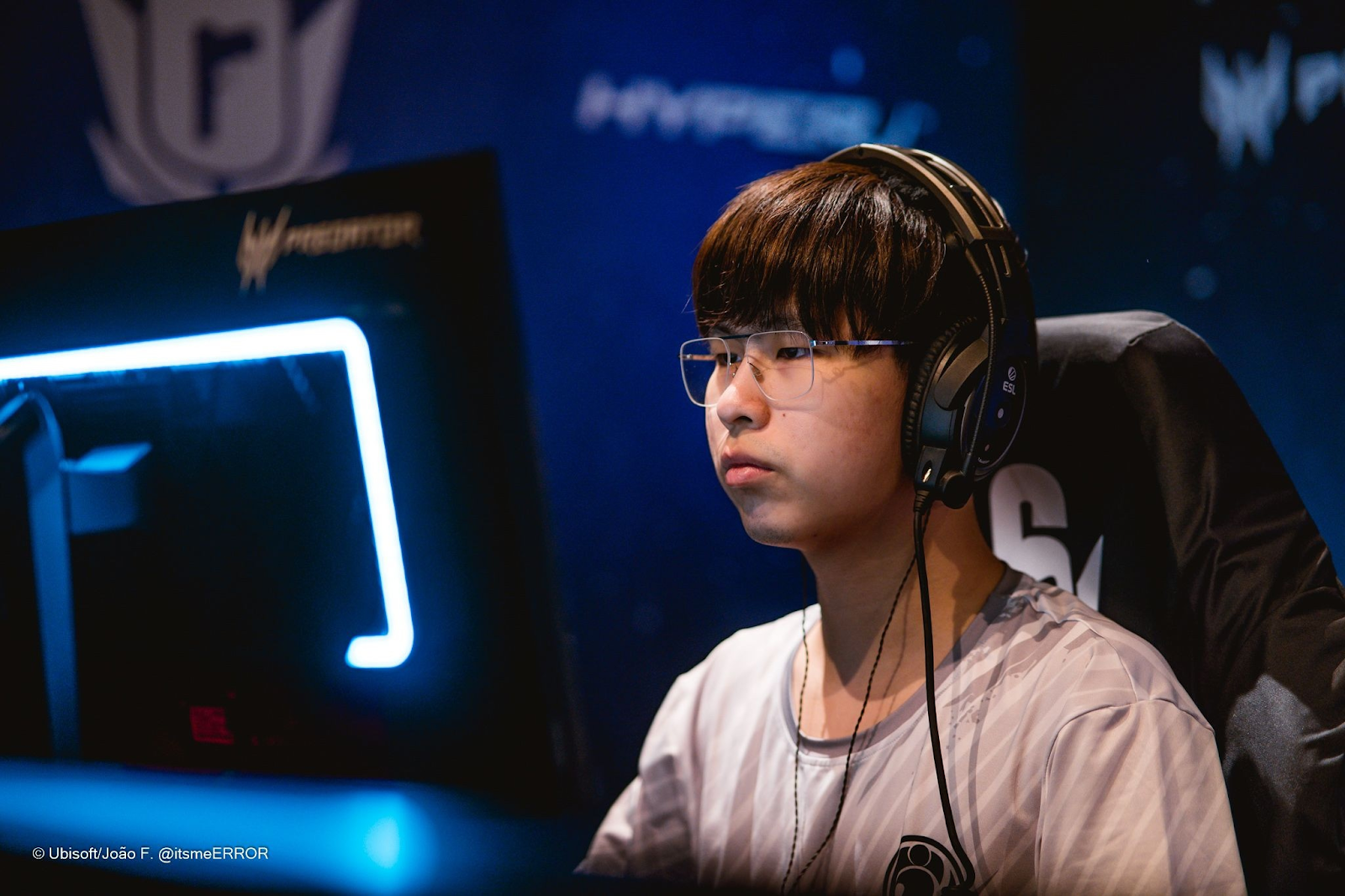 The most important championship for the stage is built on technical problems; VPN use, high ping, causing a stressful matches for any players trying to qualify for the main Siege tournament.

“In my opinion, from an organization point of view, there's a lot of risks to invest into APAC." Said Jo. "For the last two years, there's already a few apparent issues such as the use of VPNs and playing on constant ~100 ping." He explained. "Now we have playoffs removed suddenly after stage 1, and it became a 7 bo1 game to win to the major (now a 6 bo1 game in stage 3 APAC south), and teams can't rely on bo3s anymore.”

How is it affecting players in the scene?

There's no doubt the APAC region is facing difficulties. We posed some personal questions to the players about the whole situation. First off, how do they feel about the departures of organizations from the region?

“I feel bad for every players." Said sprOnigiri, team captain for Elevate. "Cuz [sic] APACs scene is dying no one improving APAC no matter how hard we tried. I hope they get a new org soon.”

But some pro players see the rationale behind the decision to move away from the region.

“I feel that its a reasonable move from the org perspective" said Lycolis, "because its almost 2 years and there isn't any solution to fix our ping problem with OCE team.”

Whether or not the problems in APAC are causing trouble for the teams that remain, however, is a different story, depending on who you speak with.

According to sprOnigiri: “No, cuz we’re doing well and have a good relationship with our CEO. We keep getting better at every stage, Major or LAN events.”

But Jo of Gaimin had a slightly different take.

“If I had to say I feel secure, I would be lying." He admitted. "But I don't really think about that too much, I just focus on the game. I have trust in our org, GG, so that also helps in that sense." Jo Said. "I am only hoping that Ubisoft will look into our region more and understand how APAC works more, because it really is a diverse and difficult region to manage. We have many different subregions and it's not easy to unify all of them into a APAC league like other regions.”

Lycolis too, is feeling some of that pressure.
"Of course I feel insecure but it could be better opportunity or worst [sic] as well." He said. "I mean I don't think they will kept SEAS and OCE on the same league because of the ping but if they push it back to the same format before they merge APAC. I don't know about OCE but for SEAS I don't think there will be any org interest in this region much.” 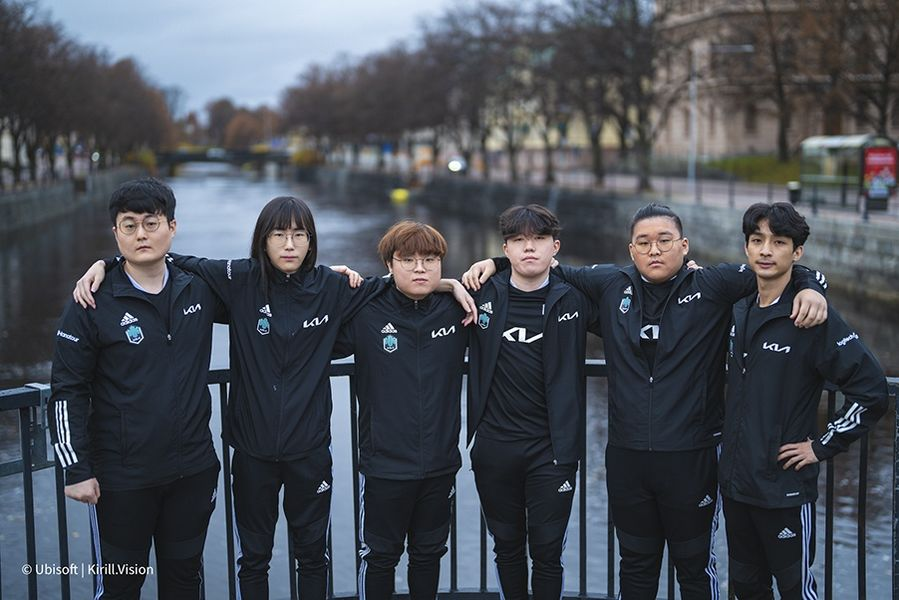 The roster for Damwon Gaming (DWG KIA) stand in their team jerseys with arms over each others shoulders.

Even the orgs themselves know that the future for APAC depends on some sort of intervention. We also asked head coach of Damwon, Jang "HoundBird" Gwon-jae, for his thoughts on the issues APAC is facing.

He pointed out that after several years, unlike other esports titles, R6 remains without a dedicated server.

"Regrettably, the game cannot be played in the same environment because there is no good solution to the inevitable server problem."

Without a solution to its problems, APAC may become a region destined to be forgotten.