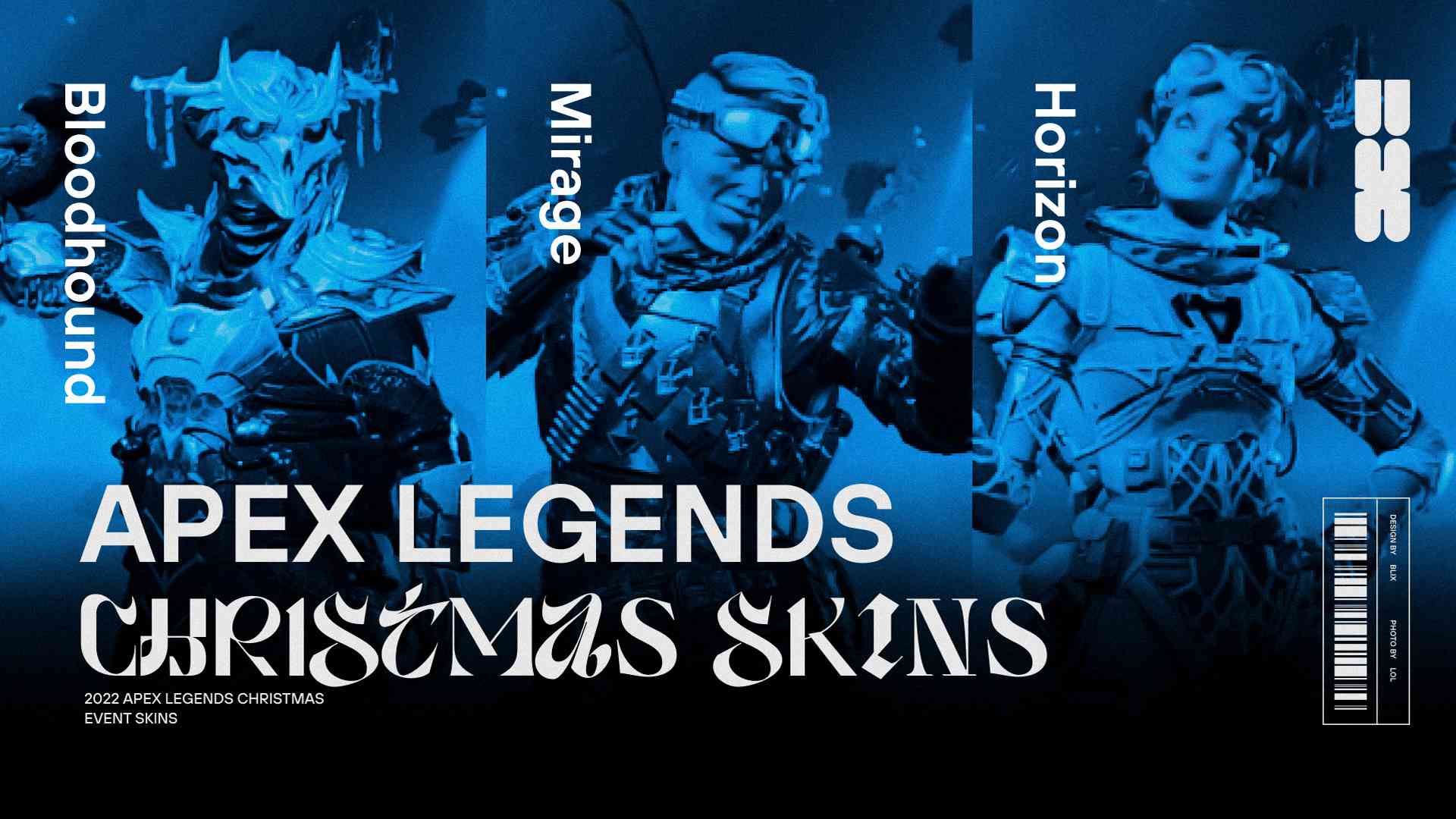 The Christmas Event in Apex Legends 2022 promises many exciting skins. You can find their descriptions and images in this article.

The Event will feature 24 cosmetic items in total. Skins will be available for Bangalore, Newcastle, Crypto, Valkyrie, Bloodhound, Gibraltar, Horizon, Mad Maggie, Mirage, and Wraith. In addition, data miners have uncovered the Wraith Mythic skin, which will be the reward for the Wintertide Collection Event.

Called Elf Made, this Legendary Xmas skin is luxurious. Crypto looks amazing. His jacket is decorated with gold overlays and shimmering blue and purple. He wears a golden elf helmet, and his white hair is braided into a ponytail. This skin is similar to Legolas.

A new Frame has been released for Crypto in the Wintertide Respawn Event. Crypto is dressed in his classic outfit - a white jacket with green sleeves and a green lining. His skin is pale, more the blue of frost, and his eyes are frozen. It's not for nothing that the wolves are depicted next to him; he looks a bit like them himself.

Items also include a Holospray with an image of Crypto in an Elf Made skin.

The Legendary skin represents Bangalore as an ice warrior. She is dressed in armor and wears an iron headband with ice horns on the head. Her eyes are blue, as are her lips and hair. She looks as if she would destroy anyone in her path.

In the Frame, Bangalore is dressed as usual, but with a weapon. At her feet lies the frozen skeleton of an ancient animal, resembling a Pterodactyl.

The Newcastle Christmas skin is a white armor with wool sticking out from underneath and a white helmet with swirling horns on top - evoking the zodiac sign of Aries.

The Frame with Newcastle looks impressive - mountains of ice in the background and Legend in the victory stand.

And there's another Holospray in the Wintertide Collection. Here is a picture of Newcastle tearing things up.

This winged vigilante has stunning skin. It's enchantingly feminine, but also murderously dangerous. Oriental motifs have been borrowed here, with the Frozen Blossom most likely inspired by the Valkyrie's Japanese origins. The character wears a short blue kimono, and sakura branches crawl across her jetpack.

Available in the Apex Legends Christmas Collection and Valkyrie Holospray.

This character looks magical. Her costume is in shades of blue and white, with a gold pattern that gives a sense of lightness and weightlessness. She is like air.

The Tundra Thunder skin is majestic. The base of the suit is black leather with gold inserts. Brown straps also run through the suit. One of the character's shoulder pads is furry, and the other is iron and spiked. For Mad Maggie's skin, the developers left her skin and hair colour unchanged, even though many skins use blue. It looks stylish, but don't get too close.

Mirage is the kind of person who likes to stand out. And this skin proves it. He's wearing a brown suit with lots of different details, his hair is dyed blonde, and his eyes are shimmering purple.

The Bone Chill skin changes the Bloodhound's costume to white and black. The name of the skin is no coincidence. After all, the character's head mask looks as if it's made from an animal's skull. And the blue ice panels look impressive. The details, such as the iron Anubis-like knee pads, are an artistic twist on standard knee pads.

The Frozen Magma skin combines a variety of colours and shades. The main colour of the skin is white, but it is complemented by blue, orange and purple. All of these colours are present in the character's suit. Gibraltar's shield has the bizarre shape of a dragon's head. The character's mask is also bizarre, completely covering his face and crowned with horns.

The Christmas skin for Wraith makes her look like a food statue. Her entire skin and clothes, and even her hair resemble blue ice.

The C.A.R. SMG has been given a new skin, making it look more like an ice sculpture than a weapon. It now has a blue shimmering overlay on the barrel.

The HAVOC rifle in the new Cold Compress skin looks very rich as if created by Christmas elves. The barrel is covered in gold plates all the way to the hilt.

The Peacekeeper skin is different from the other skins available for the Apex Legends Christmas Event. It combines orange, black and blue colours. And the weapon itself looks like it has sharp teeth.

For the Frozen Rope leather, we used Japanese motifs - the designers added sakura flowers and to make the style truly winter, they added blue and white colours.

For this skin, they used the familiar Anubis theme. They even put his head on top of the scope.

The R-99 skin is unusual. It combines both the familiar colours of the Winterdead collection and different textures.

To unlock the Prestige Wraith skins, players will have to work harder. They have three tiers.

Tier 1: Unlocked through limited-time in-game events or purchased from the Mythic Store as they become available.

Players who complete this will be waiting for the final opening of the Wraith ability. 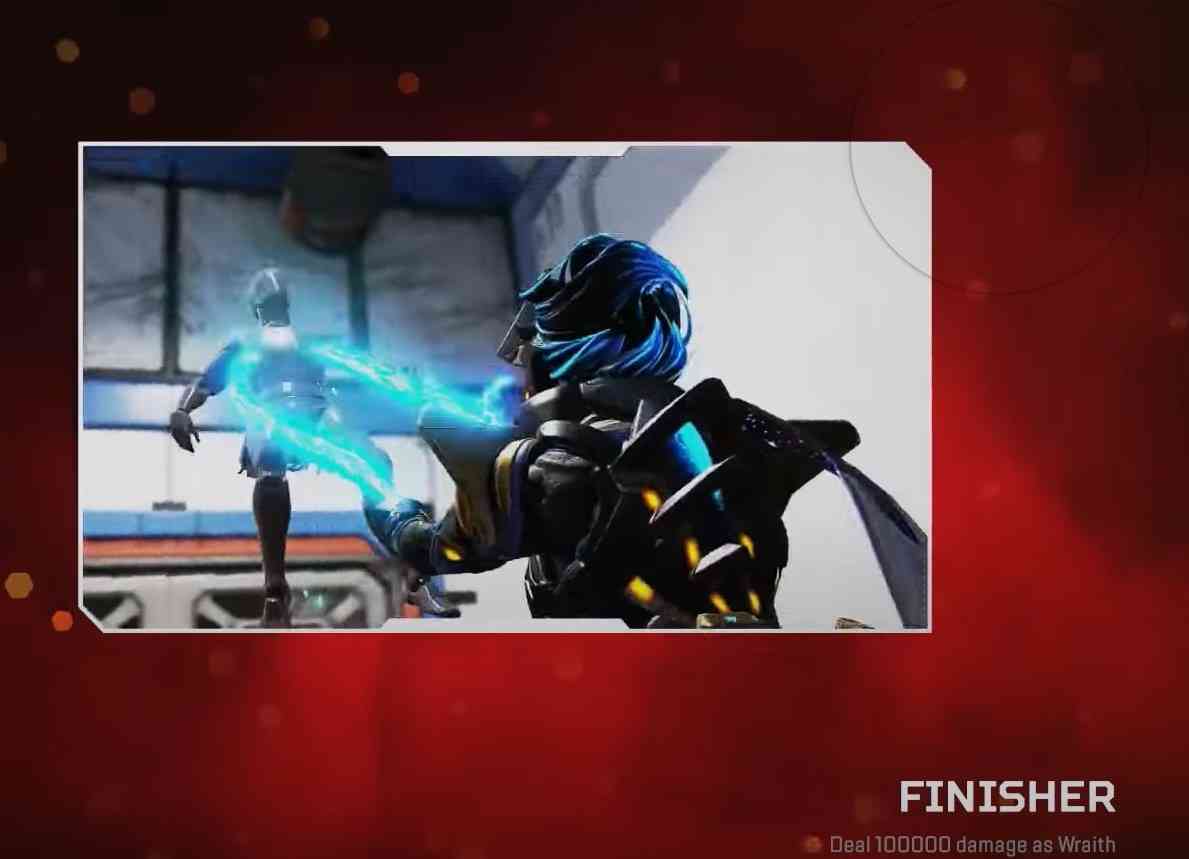