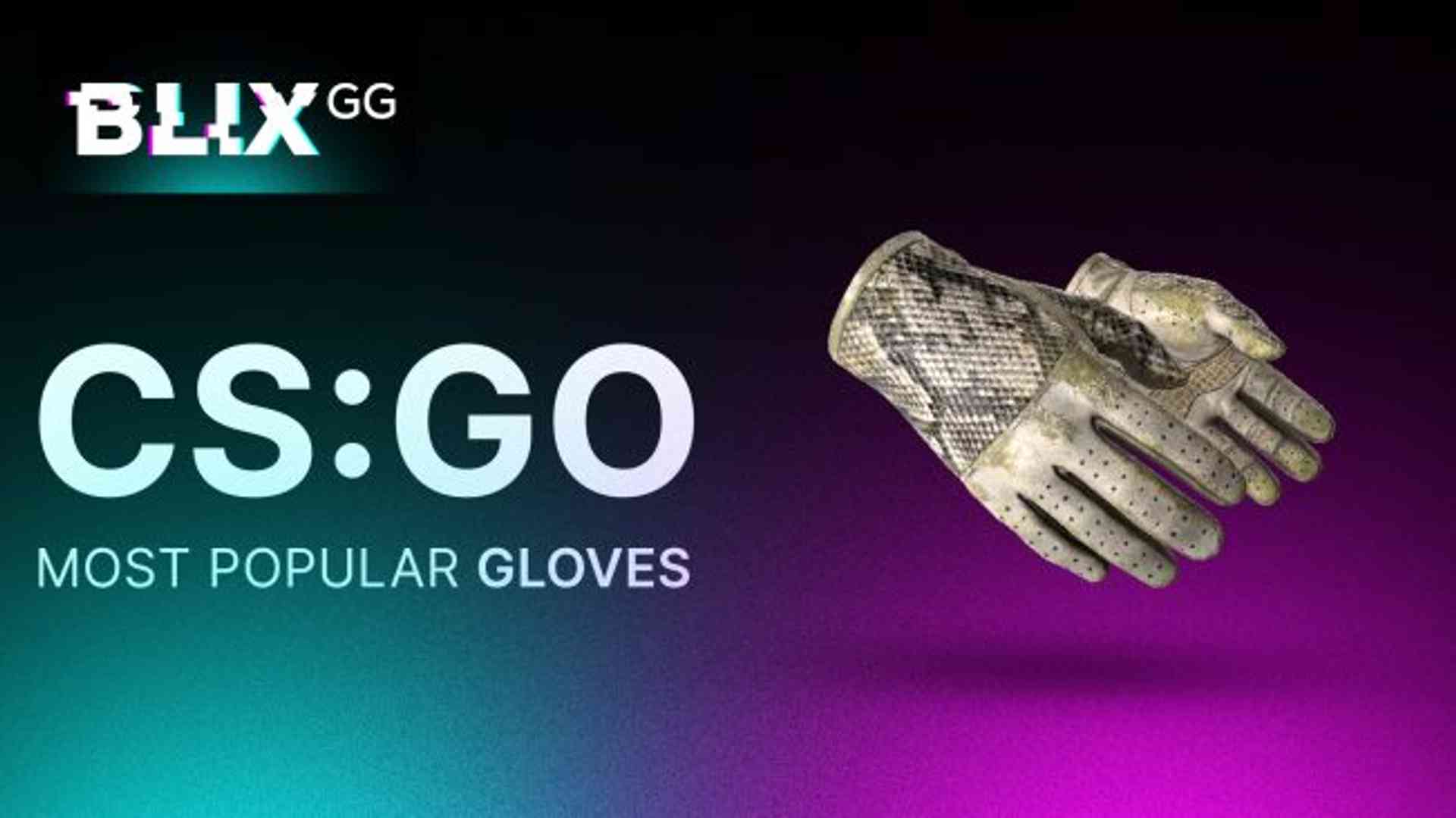 Cosmetics in CSGO are a huge part of the game. From the cheapest to the most expensive, Almost every player would love to have them in their inventories for the beautiful looks or the fancy flexing.

Gloves however are the unpopular choice among the game’s cosmetics for most players due to the expensive prices or simply preferring knives. In both cases, gloves are a special upgrade that would make your skins and knives look even better, and here are the most popular gloves in the community. Therefore, we have made for you a selection of the best CS:GO gloves.

The ‘Driver Gloves - King Snake’ is a unique choice with the white color and beautiful snake texture, a pair of gloves that will pop off and make every skin look better.

Introduced in February 2018 with the ‘Clutch Case’ update.

The price ranges from 294$ on a Battle-scarred condition to a whooping 14.182$ for a Factory New.

It might be expensive but only because it’s as clean as a glove can be.

Even though the Moto Gloves - Spearmint are old since added back in 2016, They remain a fan favorite gloves.

Moto gloves are stylish and the spearmint is one of the best skins for it. A green-mint color that adds nothing but freshness to the look. 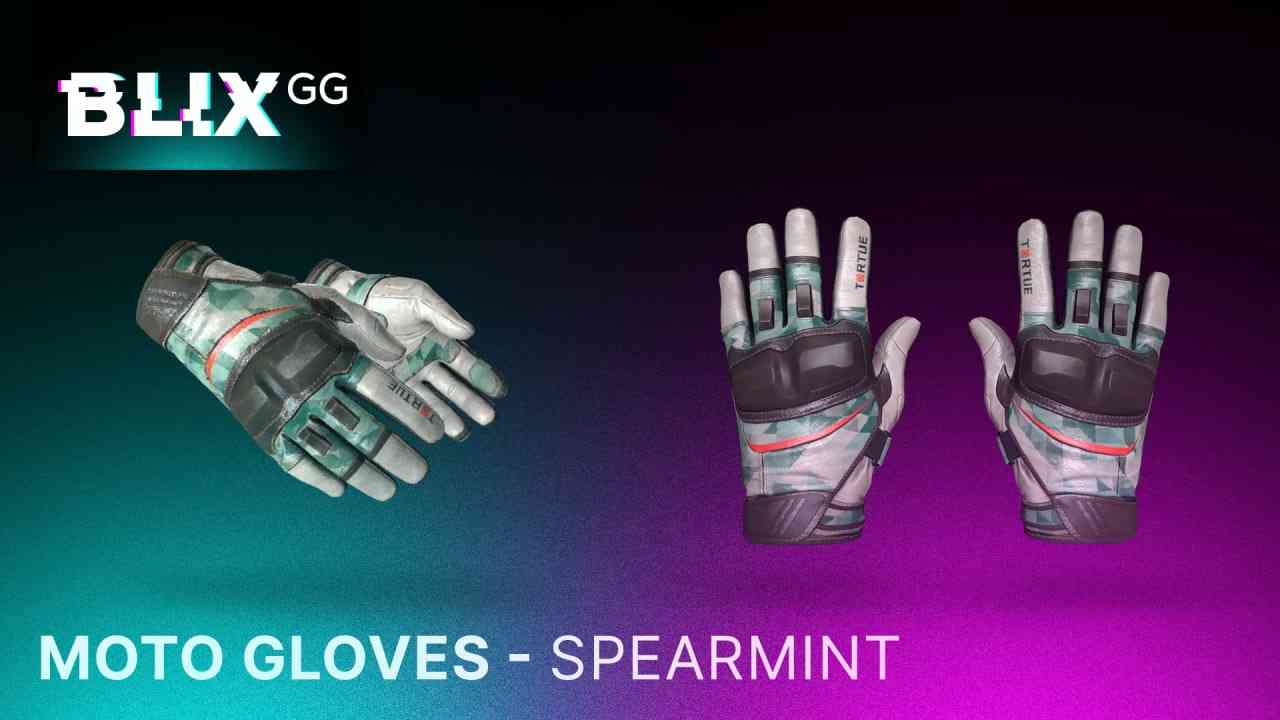 The gloves can be found in 2 cases; ‘Glove Case’ and ‘Operation Hydra Gloves’ with a price range of 360$ on Battle-scarred condition up to 14,000$ in Factory New.

One of the best green gloves, The Hedge Maze is very popular due to the beautiful color and the maze texture on it. 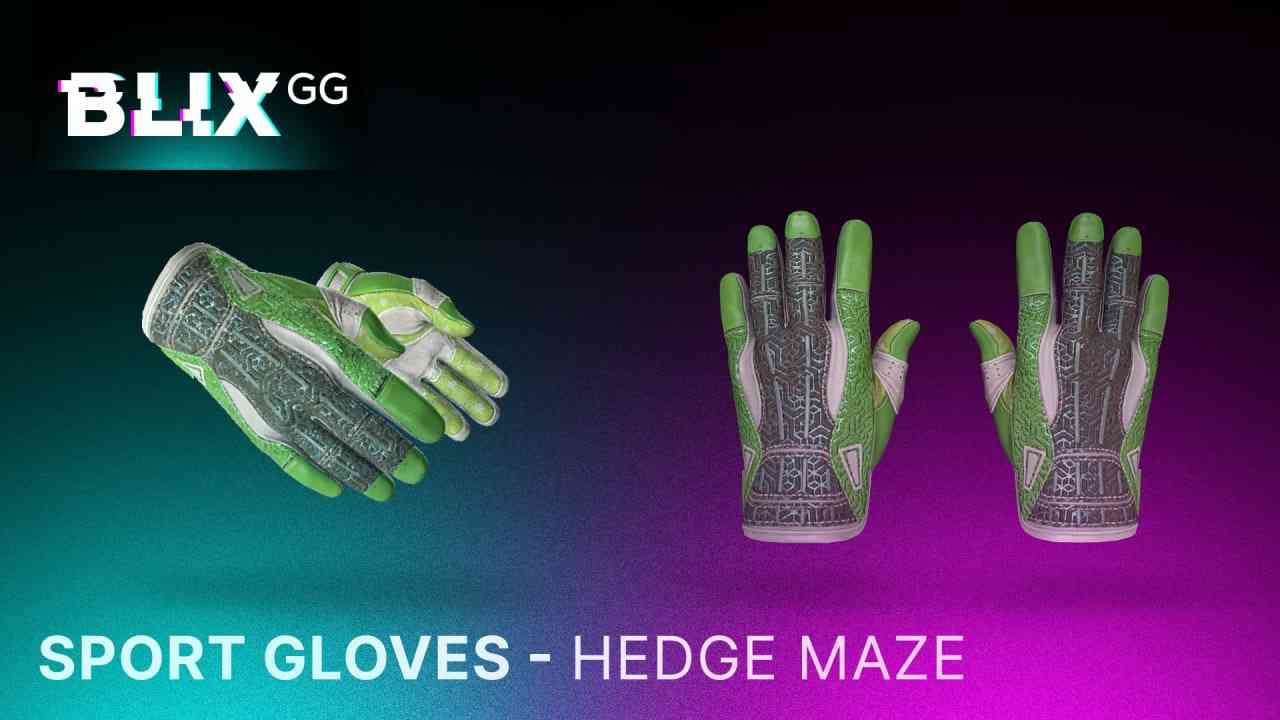 Equipped by many professional players, These gloves can be found in a ‘Glove Case’ or ‘Operation Hydra Case’ just like the ‘Moto Gloves - Spearmint’.

Same as the previous gloves, ‘Amphibious’ is another cool-looking skin for the Sport Gloves.

If you love the blue color, then these ones are for you. As the name refers to the beautiful blue color. 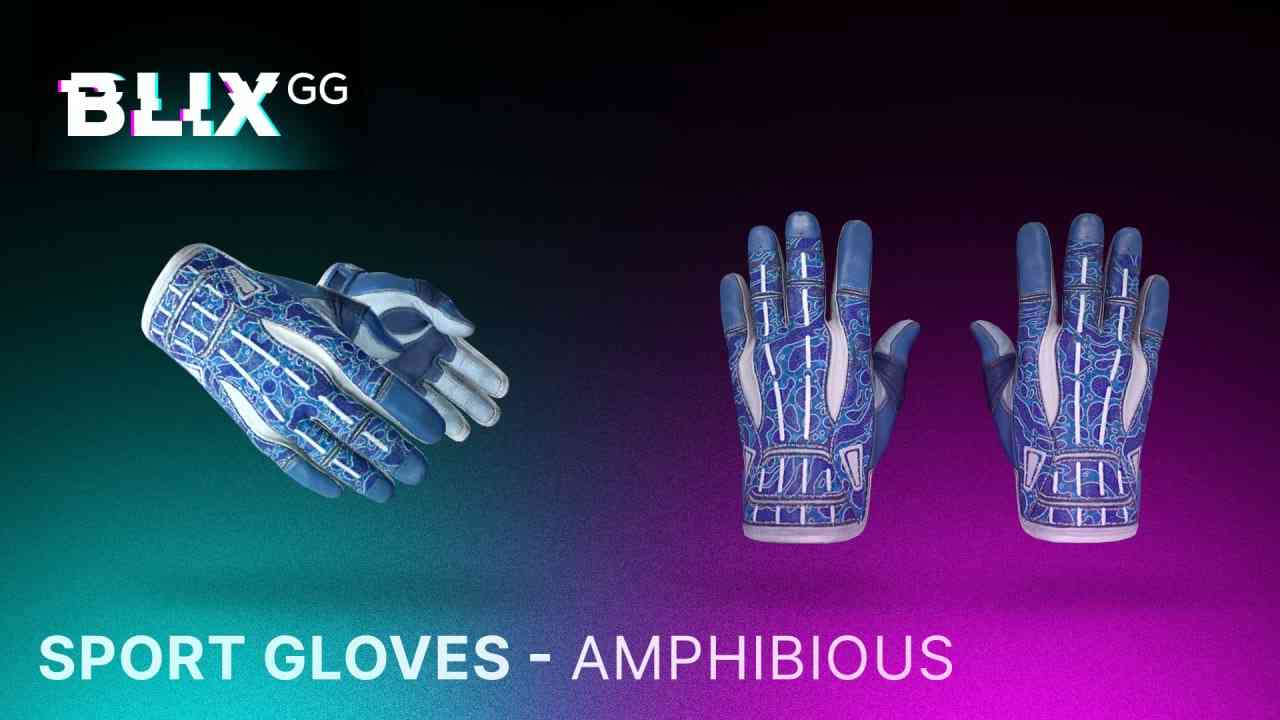 They caught your attention? Good! These gloves can be found in ‘Clutch Case’ only and goes for about 521$ on Battle-scarred and up to approximately 5940$, a bit light on your wallet compared to the ones on this list.

One of the most loved and popular gloves among the community simply because it has a unique design. Hand wraps in general are nothing but cool, rocky, and stunning. 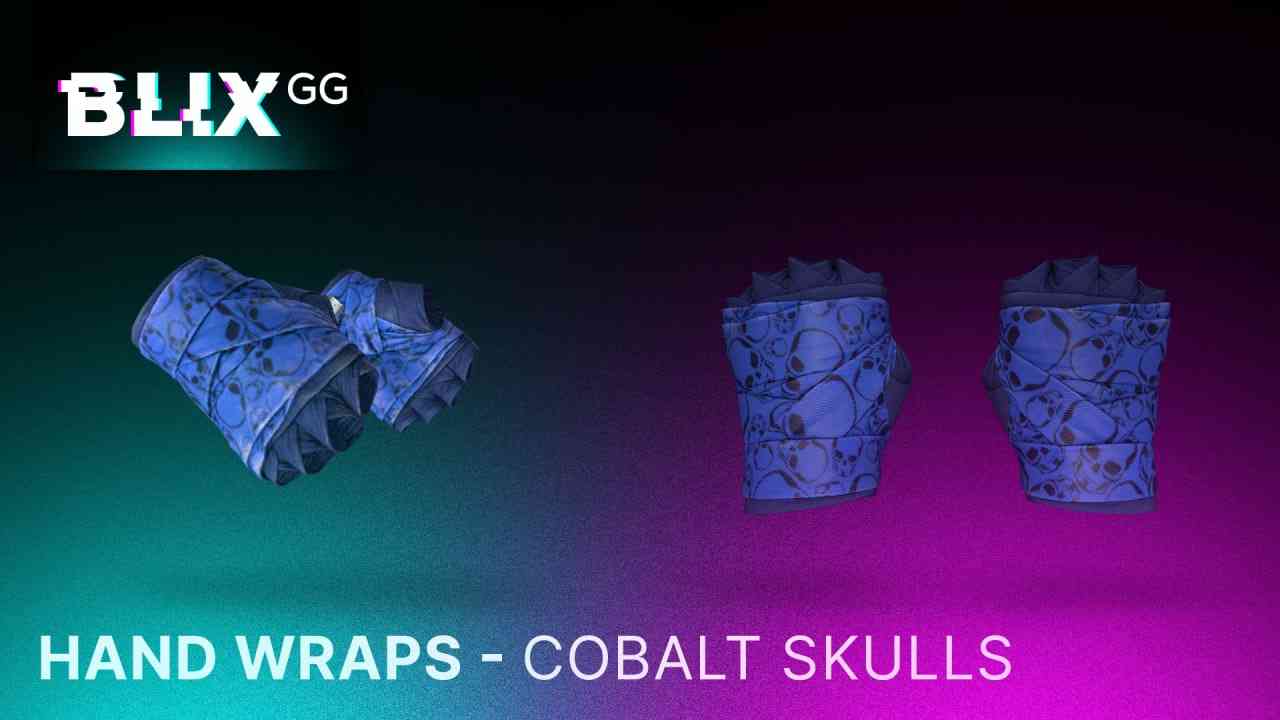 If the indigo color isn’t breathtaking for you then you must at least love the artistic skulls on it as it gives it a cool vibe.

Like many other gloves; These gloves can be found in the ‘Clutch Case’ and sell for 245$ on Battle-scarred and 2870$ for Factory New ones.

As we’re entering the TOP 5, All of the remaining gloves are the absolute most popular among the community. and I would bet that your favorite professional player probably has one of these.

At number 5 comes the Emerald web Specialist Gloves, A perfect combination between Fancy and cool. A shiny green color followed by the spider pattern makes it a banger. 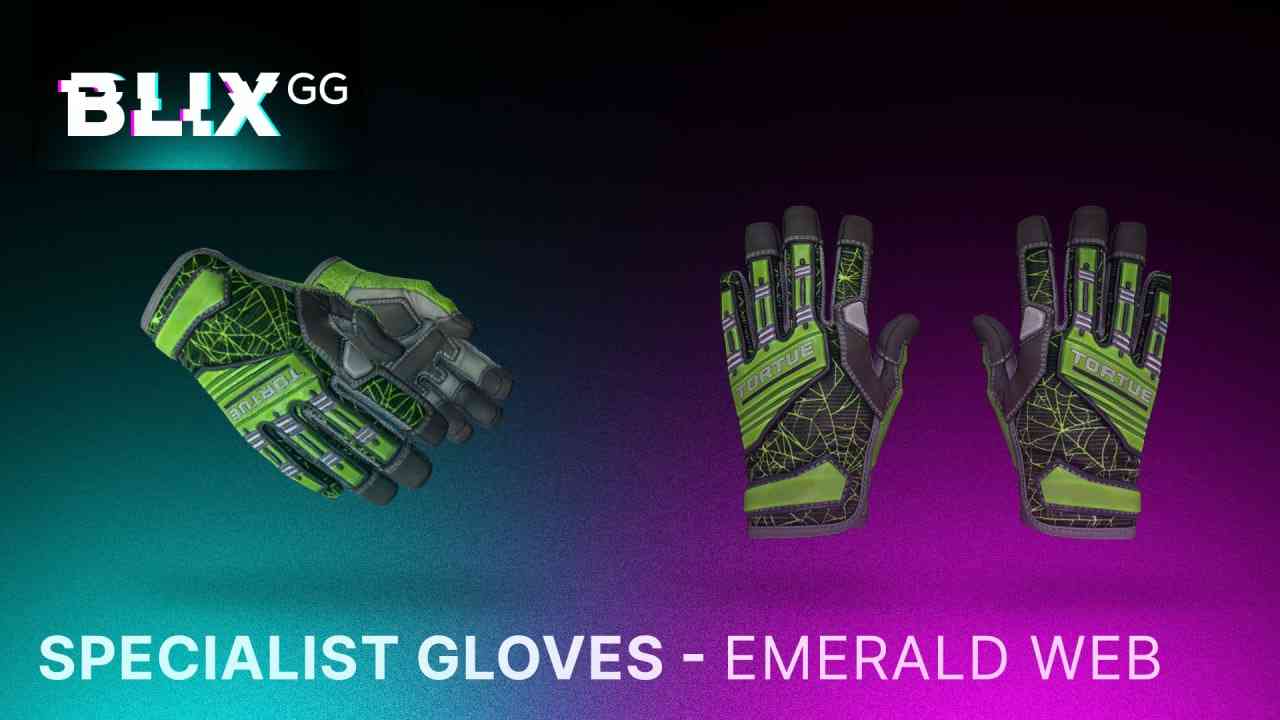 Since its first appearance in November 2016 and these gloves still fascinate the players.

These ones are popular among professional players. An astonishing red color with a stark red diamond pattern makes it one of the best.

Just like the other Specialist Gloves, it can be found in the ‘Gloves Case’ and ‘Operation Hydra Case'. 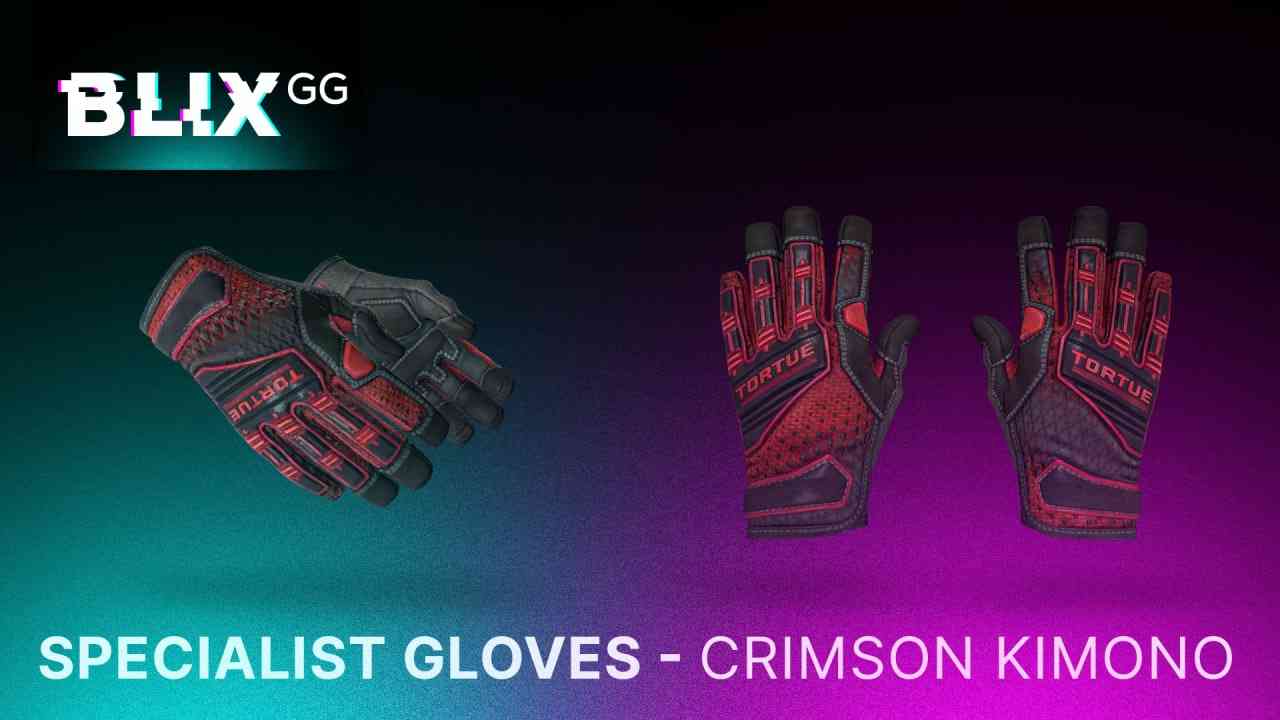 Similar to the previous prices on this list, These gloves sell starting from 393$ to 6767$ on Factory New.

Electronic, Dev1ce, Sh1ro, ZyWoo and many other famous players equip these gloves.

One of the absolute best gloves in the game, Pandora's Box, is special with the black and purple gloves having a subtle pattern printed on the palms. 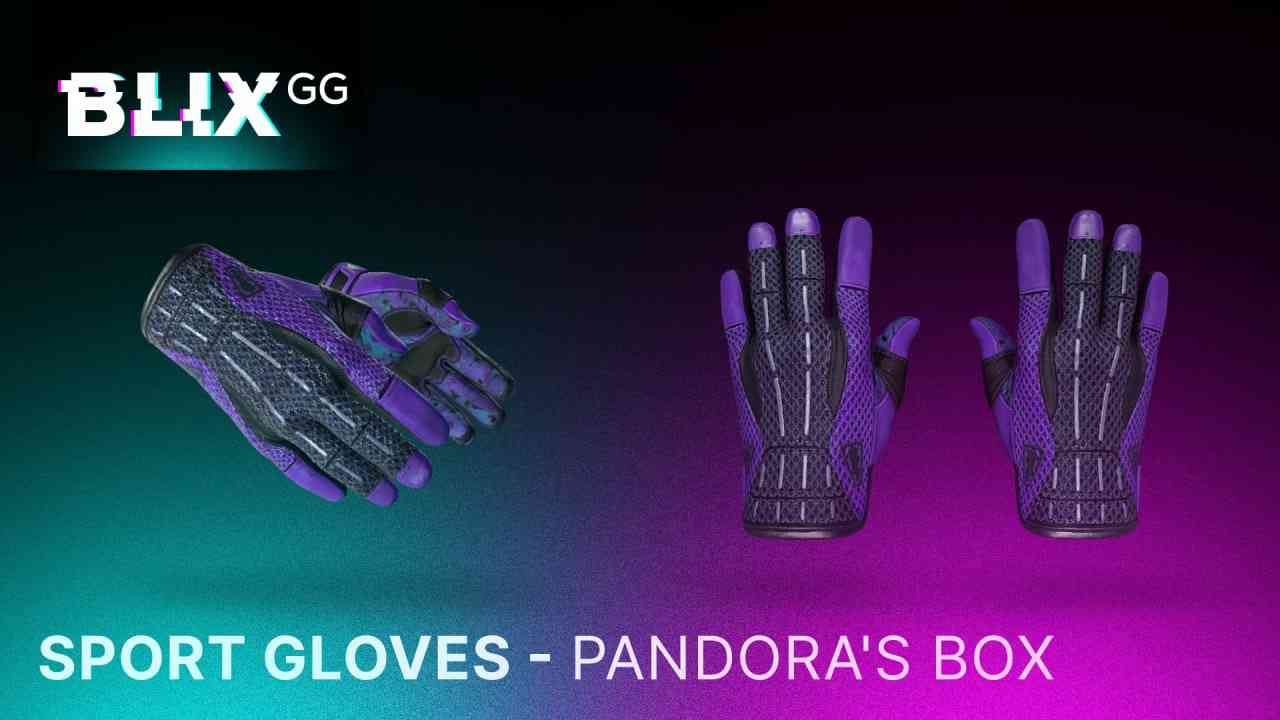 It’s worth mentioning that these are the most expensive on this list as they sell for 708$ for Battle-scarred and a crazy expensive amount of almost 29,000$ for Factory New, YES! it’s not a typing mistake and the numbers are correct and real.

Introduced in ‘Glove Case’ with the rest of other gloves yet it topped the charts price-wise.

The ‘Fade’ skins are iconic in CSGO from knives and play skins, It successfully translated to gloves as well.

Absolutely a fan favorite as the faded colors attract eyes and attention with its beauty. There’s another version of ‘Fade’ which is ‘Marble Fade’. 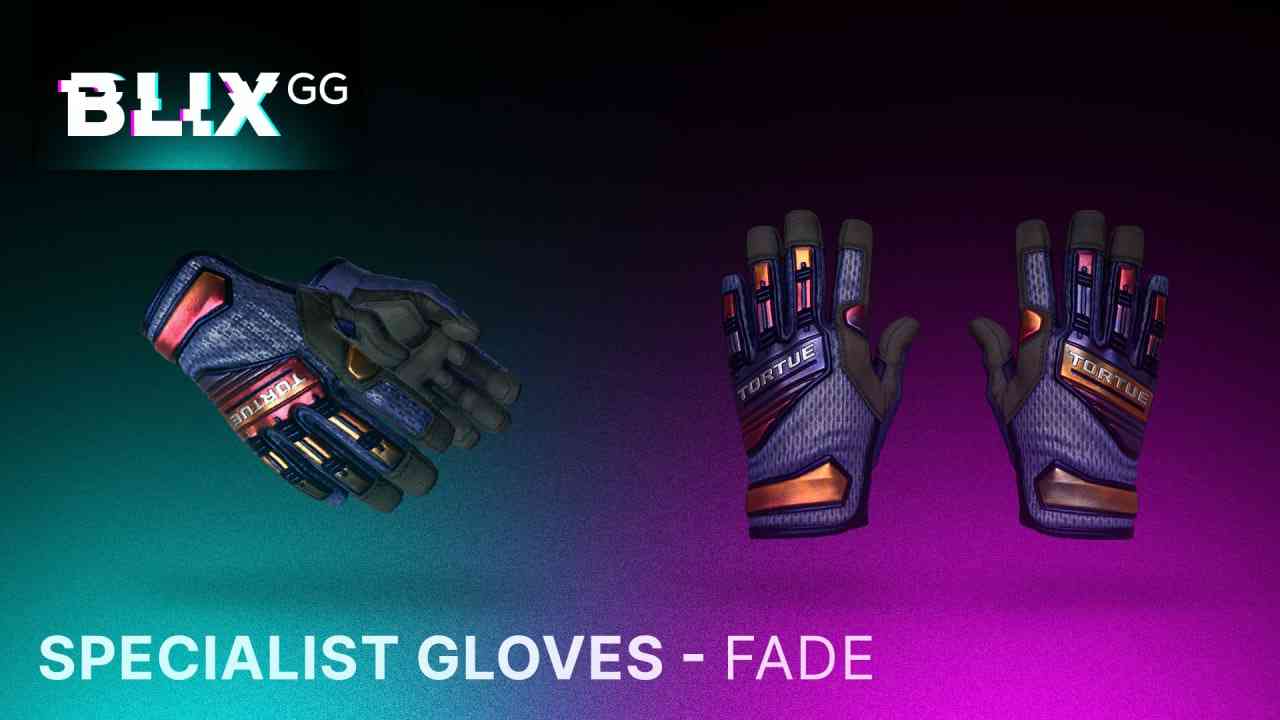 These can be unboxed from a ‘Clutch Case’ and available in the market from 139$ low condition up to 3700$ on best condition.

A well-deserved spot for such iconic gloves.

The first place goes to the famous ‘Vice’ gloves, These are so admired and appreciated for their vibey colors.

A dream glove for so many players. Professional players such as S1mple, NiKo, NAF, and KSCERATO equipped it during their games. 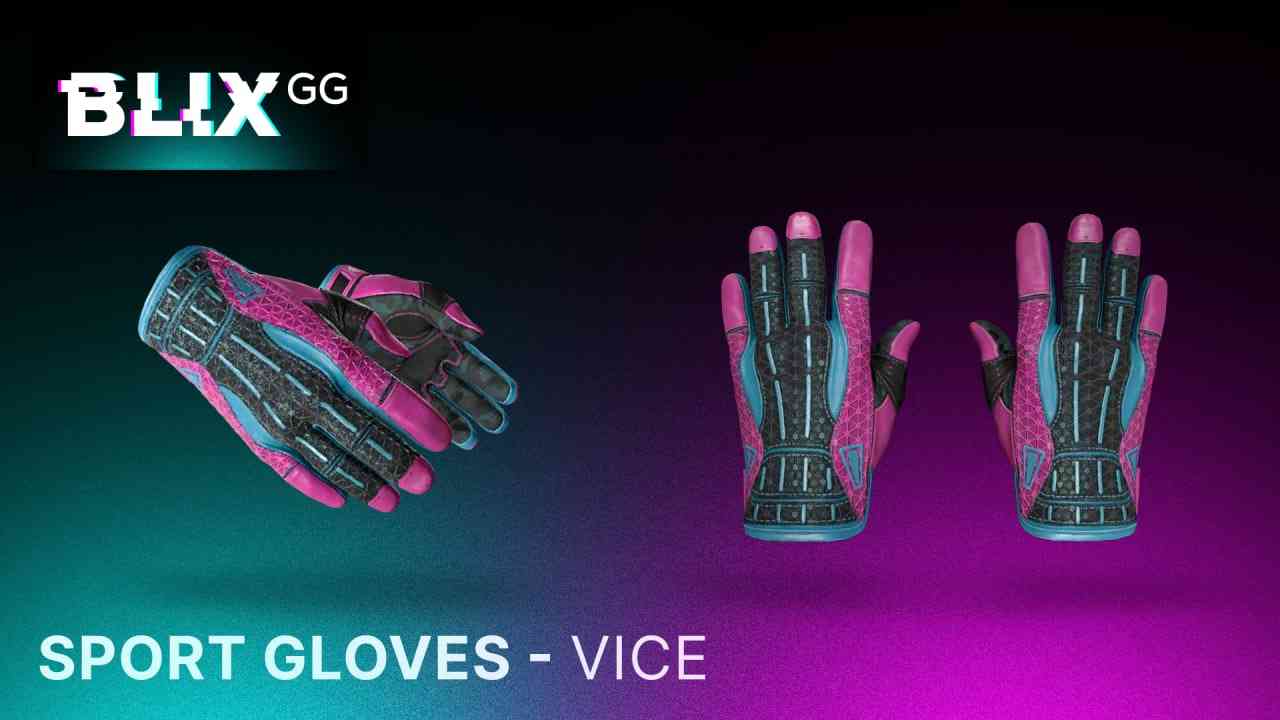 These are the second most expensive gloves after the Pandora’s Box with a whooping price of 21,000$ for Factory New.

With quality and beauty comes a high price, and that’s the case for the ‘Vice’ gloves.

Q: Are all CSGO gloves expensive?

A: Just like ‘knives’, There are high-tier items that are expensive but you can find multiple choices that are affordable.

Q: Do gloves wear out?

A: No, CSGO cosmetics, in general, don’t wear out over time and it's the same case with gloves and knives.

Q: Is it possible to use both agent and glove skins together?

A: It’s not possible, Once you equip different gloves it will change on your agent and display in-game.