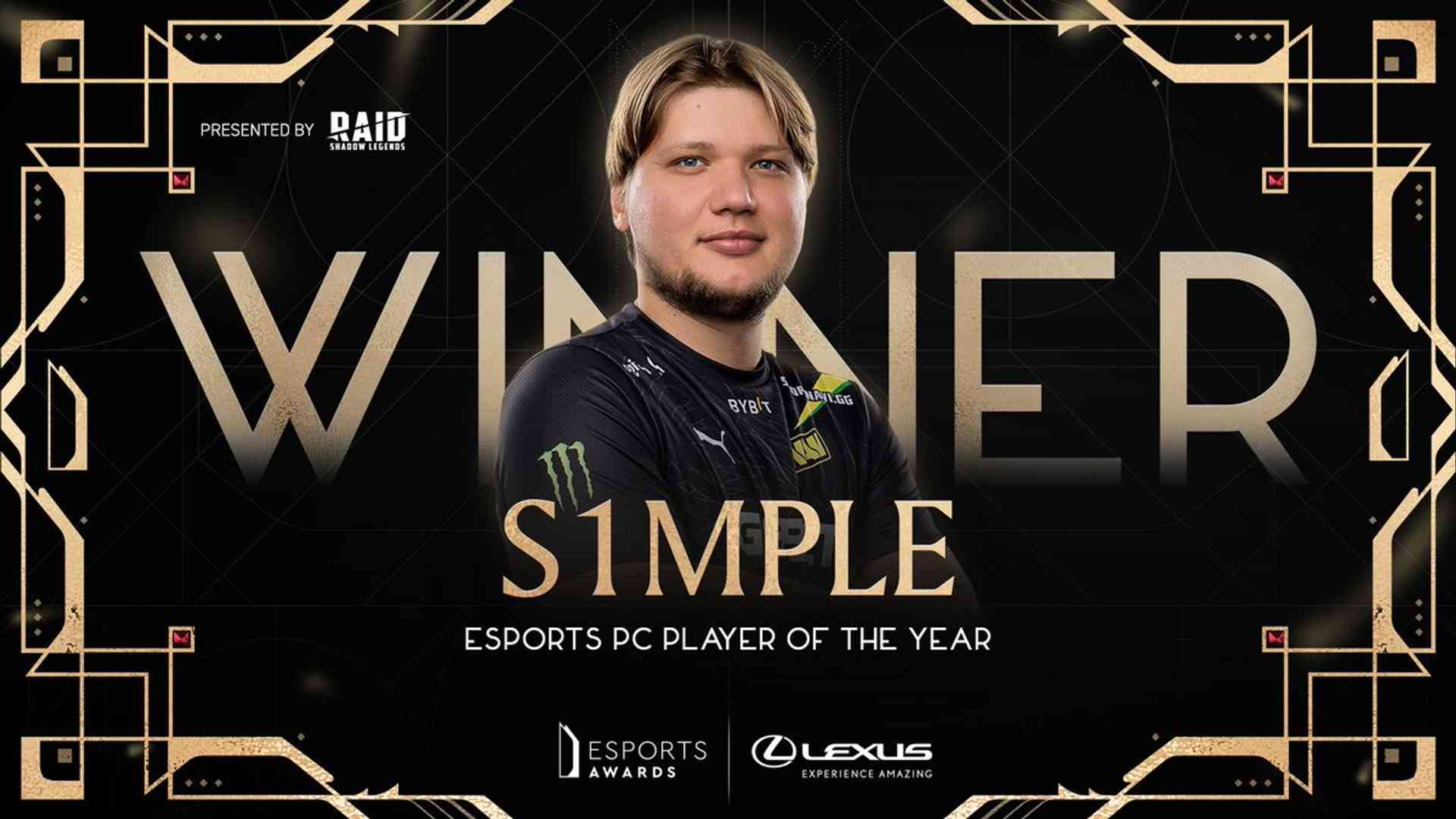 The CS:GO star from Natus Vincere Oleksandr "s1mple" Kostyliev became the best esports PC player of 2022, according to Esports Awards.

At the same time, Esports Awards named Valorant the best game of the 2022 year.

Also, despite the abundance of former and current representatives of NAVI (m0NESY was raised in NAVI Junior before moving to G2), OpTic Gaming became the best esports organization of the year.