Our fourth day of reveals gave us the Syndicate faction. For now, it definitely seems like Syndicate got the strongest cards out of all the decks. A massive support for all the gang cards, and we might even see Collusion in play this time.

Don't forget, the values of provisions and strength are still subject to change until the official release on October 4! 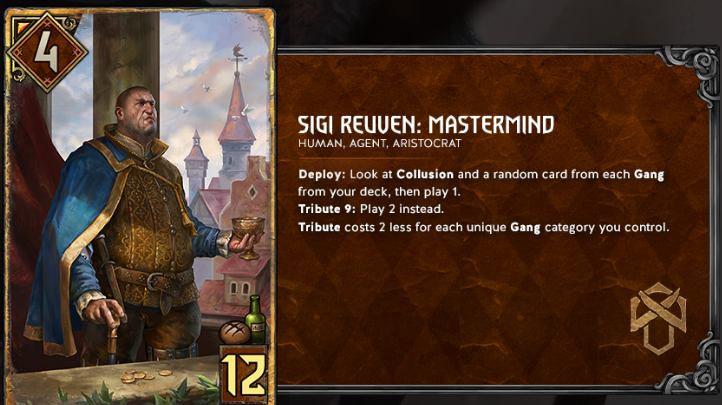 This is a very interesting tutor card and it’s hard to judge what is the real ceiling of it before actually testing it.

The interesting thing about this card is that if you have only 1 card of some category, let's say Crownsplitter, it guarantees you to play Tunnel Drill and activate its full potential in 1 turn. 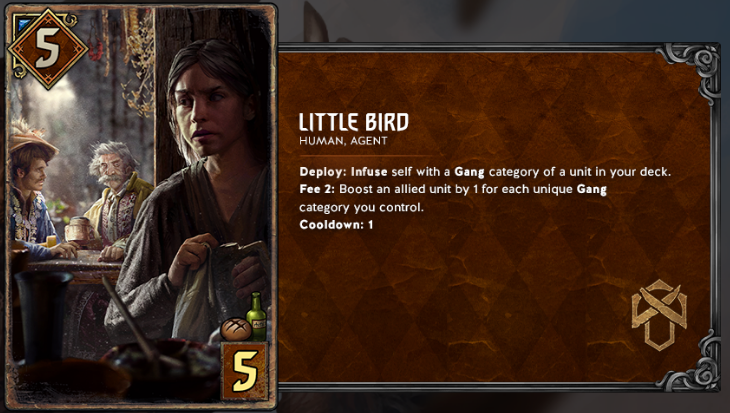 At first glance this card looks extremely strong. You can use the Fee ability and spend 2 coins in order to boost an allied unit 1 for each unique Gang category you control. There are a total of 6 unique gang categories in the game. It shouldn’t be too hard to have at least 3 or 4 of them on the board at the same time by the time you play this card. Which means, you can easily get 4 points per turn by spending only 2 coins.

This might be actually a stronger spender than the Drill, except this is a bronze card, which just adds to the insane value of it. 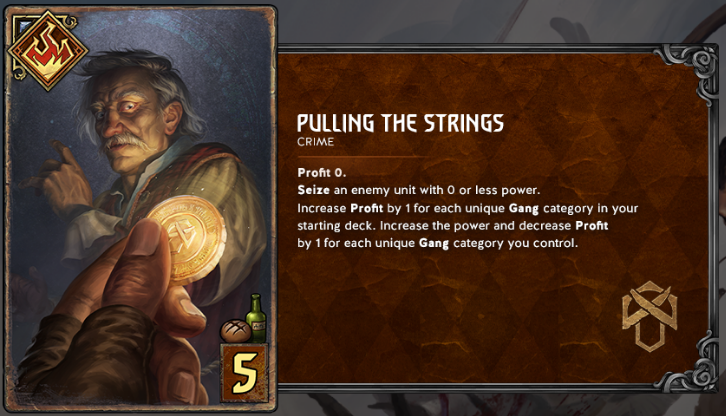 This card is similar to Vigo’s Muzzle, except it doesn’t lock the unit before you actually seize it, which means you can snatch enemy’s engine and gain even more value from this card. Another similar card is Nilfgaard’s Amnesty, except this card is just straight better value. Since it’s a Crime, you can pull it out with Shady Vendor as well. 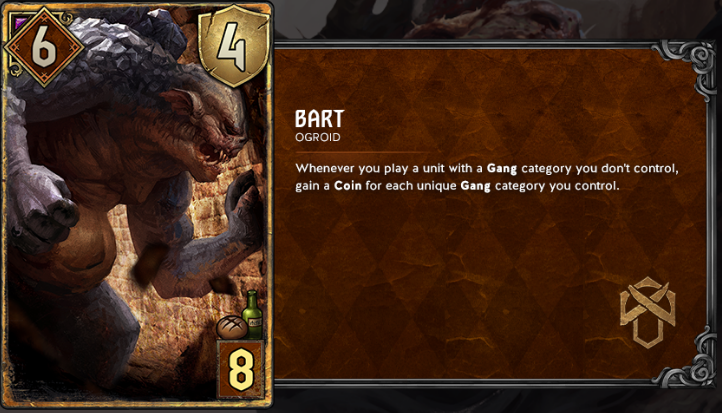 An almost immovable giant. Bart is a new card for Syndicate decks that can play for up to 21 points.

On deployment this card is 6 strength for 8 provisions. But since it has 4 armor, it will actually be really hard to remove it. Against removal, this card has a floor of 10.

If you play this card before actually having any gang categories on the board, it can play for up to 21 points. And if you include the Bart’s strength it plays for up to 27 points in total — for only 8 provisions. This card is similar to Harmony in that you gain value by playing different categories that you do not currently control, but it scales more than Harmony.

Since this card is hard to remove, players will probably opt to lock it, which means Syndicate decks that play this card will run purify as well. One thing to keep in mind is that to get full value of this card you’ll need to play at least a 6 card round and make sure your spenders stay on the board.