Gwent Homecoming: The Good, the Bad and the Ugly 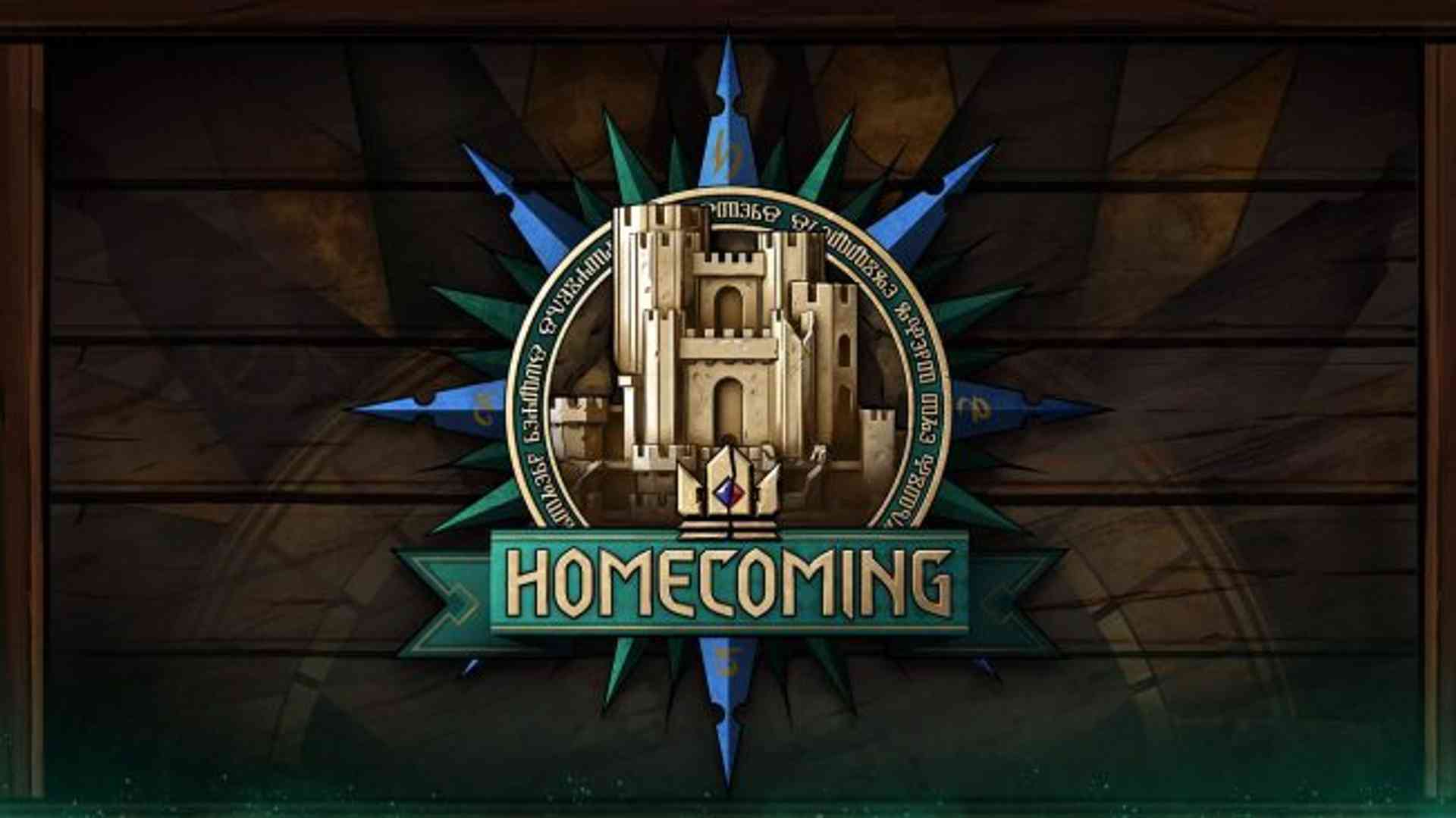 It’s really hard to find a gamer that has never played The Witcher in the modern world. CD Projekt RED have created a game with a cult following that really breathed new life into the eponymous book series.

During Geralt’s adventures, you always get distracted from the main goal. And that’s okay, because no one can turn down a game of Gwent! So let’s try and remember, what does this game within a game look like? Why are players so in love with this game? What problems were created by CDPR during the release of the independent Gwent game? And what does Gwent even look like nowadays?

First of all, what is Gwent? This game was mentioned by Andrzej Sapkowski in his books and developed by CD Projekt RED from scratch. Each player has three lines, which makes up the playing field, and cards, which are your fighting units. Your main goal is to defeat your enemy with the help of these cards and win two rounds. You can hit an opponent's card, heal yours, create weather anomalies in the enemy's field, etc. In other words, your primary weapon on the battlefield is a well-balanced deck. But is it a useful weapon in the hands of a newbie? I don’t think so. You need to explore all the spells and cards and find what works for you, as with any collectible card game.

In The Witcher’s Gwent, you didn’t need to study the meta, learn new spells and cards, etc. It was a simple game with simple ability descriptions. But in the case of the collectible card game, it’s a completely different story. The best move from CDPR was to create an independent game based on the original Gwent from The Witcher. 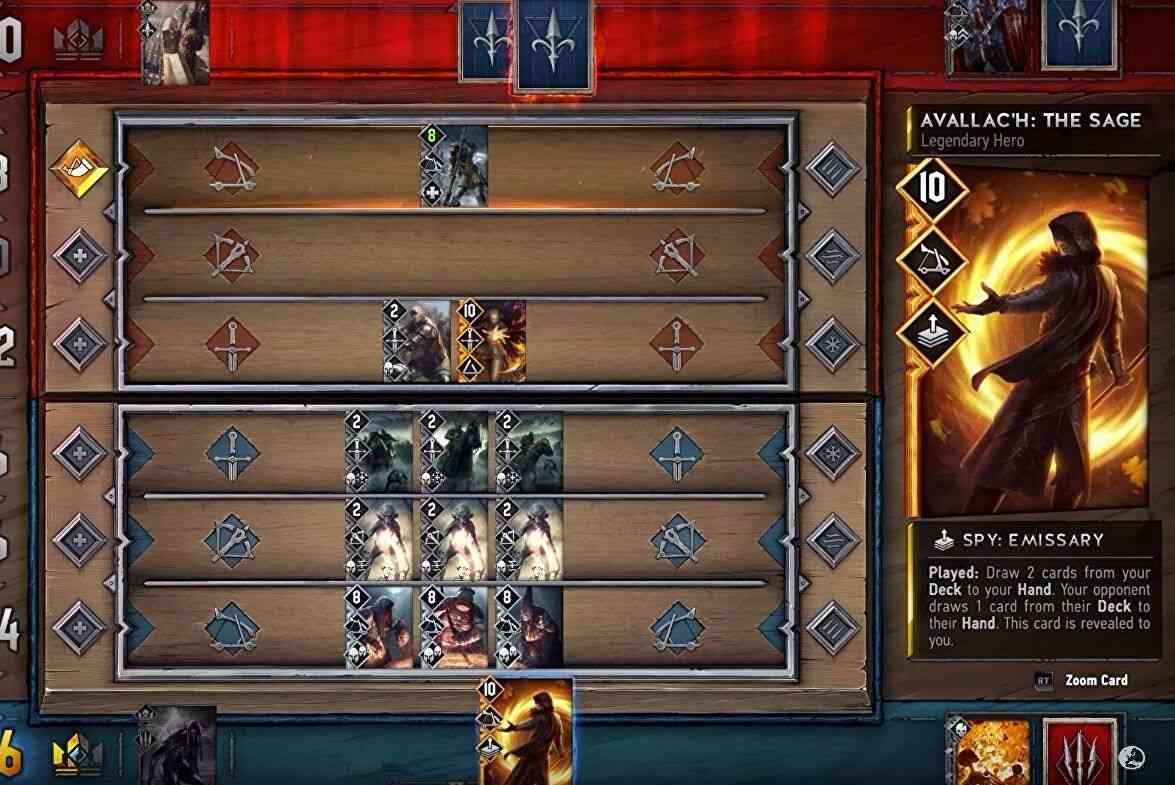 After its release, Gwent was welcomed with open arms by the community, which wasn’t too surprising. The game contained the same atmosphere as in The Witcher, recurring characters and sounds, etc. The game was also released shortly after The Witcher III, meaning that this atmosphere was especially familiar to players. CDPR probably understood this and thought that it'd be the best time to drop the game. But that might’ve been their main mistake.

While the game felt incredibly familiar, it felt equally as broken. There were absolutely cursed decks that would win no matter the situation. It often felt like everything was determined randomly. You would notice that your opponent had better cards while you got the worst cards in your deck. This period is still a painfully fresh memory for early Gwent players.

But the game improved and got better. CD Projekt RED held incredible tournaments with amazing venues, such as a Polish salt mine! It was clear to all that the developers deeply cared about their game and wanted to make it better.

However, in 2018, CDPR decided to essentially rework the game in its entirety. It was titled “Homecoming”, but nobody could really imagine what it would look like. It took roughly six months to rework Gwent and create something new. So what has been changed in Homecoming?

First of all, CDPR introduced progress trees unique to each faction that included interesting content. It was a very useful addition for new players and exciting change for veterans. The developers quite literally gifted a lot of items and content to players. It was almost as though they were saying “Please, just visit and play the game daily, we will make something new, just don’t forget about the game”. And, to be honest, it worked!

The ladder and matchmaking system was fixed and became much more reliable. After achieving your first rank, you could queue into ranked matchmaking. There you can compete with the best players and test your own decks. The meta is ever-changing as you always need to create something new in order to surprise your opponents.

One of CDPR’s best decisions was to make the game free-to-play. And I mean really free-to-play. To draw a comparison with Hearthstone, one of the most popular online card games, the game was F2P as well, but it was practically impossible to make a decent deck without buying card packs through microtransactions. In Gwent, you don’t need to pay to get good results.

So can we say that Homecoming turned Gwent into a real dream collectible card game? I don’t think so. It brought a lot of bugs and unbalanced decks. Every game and every new patch has bugs, that’s a natural part of game development, but some decks were too easy and, dare I say, broken. All you would need to do was buff your lines and strategy became optional. It made for a strange dynamic in a collectible card game.

One of the main strategies was to throw out useless cards in the first round, pass in the second and start to play in the third. So why do we need to have the two previous rounds?

It’s already hard enough to understand for the older players, but what about new ones? Don’t forget that even before Homecoming, Gwent had a pretty steep barrier of entry. When a new player sees these weird strategies, they won’t understand and won’t be interested in learning and playing the game.

Another one of CDPR's worst mistakes was the game’s promotion. In fact, it’d be more accurate to say that there was no promotion whatsoever. As I mentioned, people liked Gwent from their fresh memories in The Witcher. But after the silence during the development of Homecoming, the community lost all of its interest. There was literally no news about the game, aside from the trailer and a couple of articles. CDPR is not as rich as a company like Blizzard Entertainment, sure, but when you own all the rights to the legendary Witcher franchise, it’s a real crime to lose the fans’ attention.

CDPR also released Thronebreaker: The Witcher Tales, a role-playing game that happened to include some Gwent gameplay, but it wasn’t as interesting as in the original game.

So, what state is Gwent in currently? It’s still an authentic collectible card game with unique mechanics, set in The Witcher’s universe, with a modest microtransaction system. But the game lost a huge portion of its potential audience due to the delayed release of Homecoming. Still, there’s an active and loyal community, tournaments, and the game continues to get a lot of love and attention from CDPR. And I’d argue that makes it worth going through the growing pains of learning the game.