Hogwarts Legacy and what we know about it 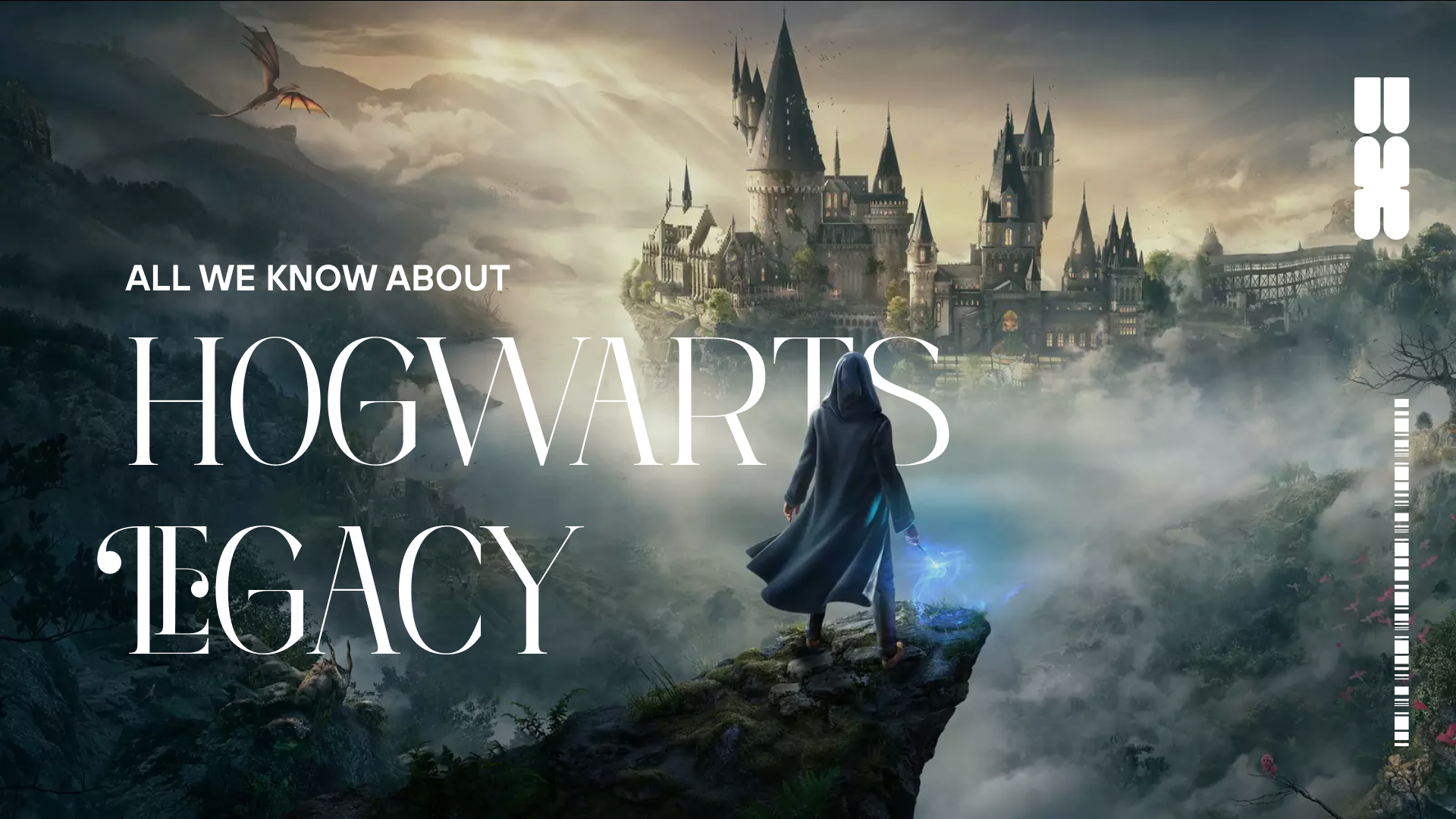 Despite the fact that Hogwarts Legacy release was rescheduled a couple of times, it seemed that we would finally see it by the end of 2022. However, it was postponed again, and now the official date for all relevant platforms is February 10, 2023. We decided to use this new pause (the very last one, hopefully) to put together all we know about the game, which has a huge chance to become one of the most significant game releases next year.

Let’s start with the companies behind the project officially announced in September 2020. Its developer is Avalanche Software, which is more famous for titles based on cartoons. These include such games as Cars 3: Driven to Win, Disney Infinity, Toy Story 3: The Video Game etc. Its record of lasting cooperation with Disney Studios explains the company’s portfolio.

Warner Bros. Interactive Entertainment acts as the publisher of Hogwarts Legacy together with its subsidiary Portkey Games. The latter was created to promote the games based on magical universe created by Joanne K. Rowling. 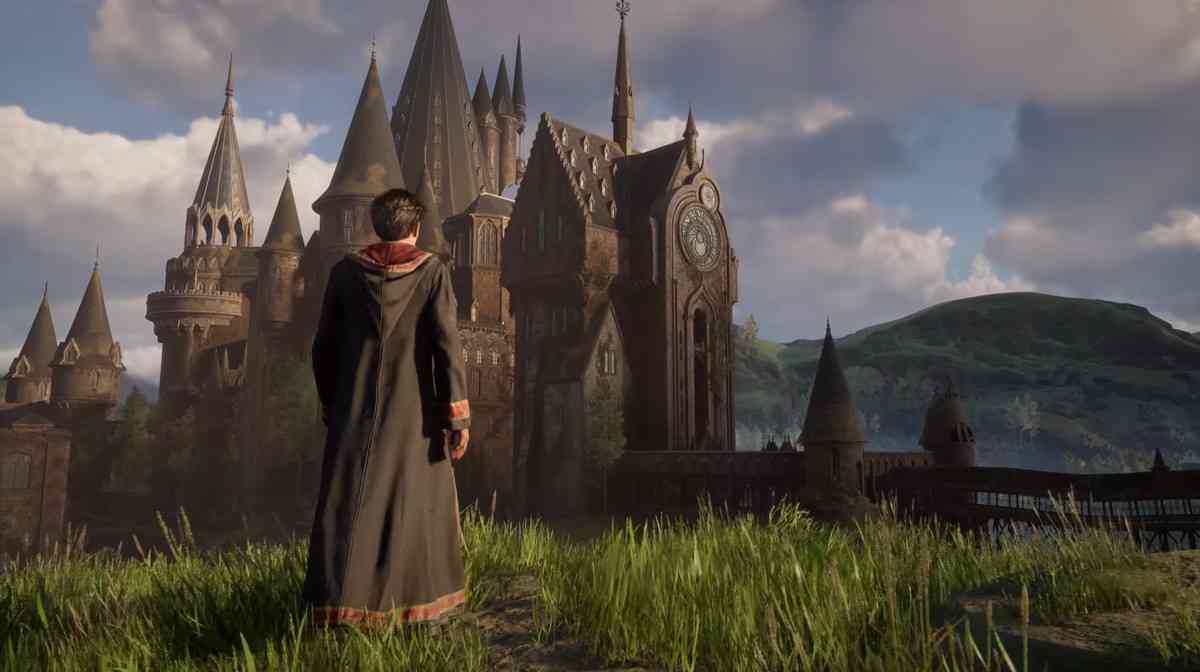 Taking into account that the studio joined Warner Bros. in 2017 but has not published anything since then, we can assume that the work on its current project has begun five years ago or so. This assumption is confirmed by the fact that first rumors of a new game on Harry Potter universe appeared as early as in 2018. And the first leakage showing the gameplay details occurred in 2019.

J.K. Rowling herself does not take part in work on Hogwarts Legacy project. No surprise, taking into account the number and the volume of scandals around her recent statements and views. The developers insist they do interact with Rowling’s company consulting on certain aspects of the magical world though.

It is also worth mentioning that there is still some interesting stuff that fans will likely see yet in 2022. The official artbook of the game, The Art and Making of Hogwarts Legacy, is to appear in the sale on 6 December. The start of sales was scheduled for September initially, then the date was changed to the last day of the last month of 2022. But according to e-mails received by fans who placed presale orders, the artbook may appear a bit earlier.

The game starts in the end of XIX century. It is the first day of new school year in Hogwarts, September 1, 1890. The protagonist is a local celebrity with some mystery in his/her past (something familiar?). So this character starts attending Hogwarts School of Witchcraft and Wizardry as a fifth-year student, and this is the point where the adventures begin. 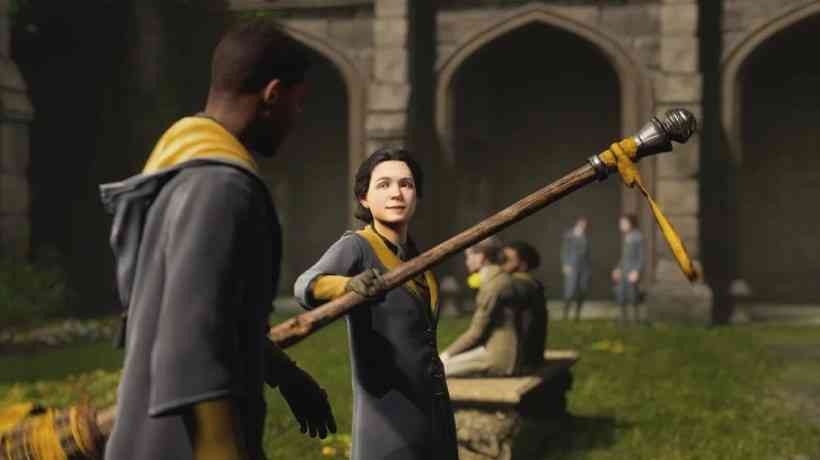 End of XIX century is considered relatively quiet period in the history of wizards world. But Hogwarts Legacy proposes us to take a closer look at it and to make sure ourselves, that it was far not so boring and quiet as it is thought to be. Victor Rookwood, the dark wizard, has joined forces with Ranrok, the leader of goblin rebellion. And their alliance is somehow related to some old and very dark magic which can eliminate the wizard-kind completely. The protagonist, who has a unique ability, will be in the epicenter of the events and will play the key role in them. He or she will be aided by professor Eleazar Fig. Who, in his turn, has very uneasy relationship with the Ministry of Magic, because he has conducted an investigation of rebellion rumours on his own.

Authors of the game promise players the real experience of a Hogwarts student in storyline campaign. Besides that, players will explore all parts of the castle and surrounding territory, face dangerous creatures, solve the ancient mystery, find trusted friends and, finally, pick their side. Yes, it is about fighting for good or joining the dark side. There will be various missions either within storyline or sideway ones, where the player will have to make hard moral choices.

True fans of Harry Potter universe will come across some familiar names, including “a couple of Weasleys”, and the ghosts of all Houses, the developers hinted. Though we still don’t know, whether the players will meet Albus Dumbledore or Gellert Grindelwald, who will turn 9 and and 7 (or 8) in 1890, respectively. Meeting young versions of the future powerful wizards could be another interesting storyline twist, isn’t it? 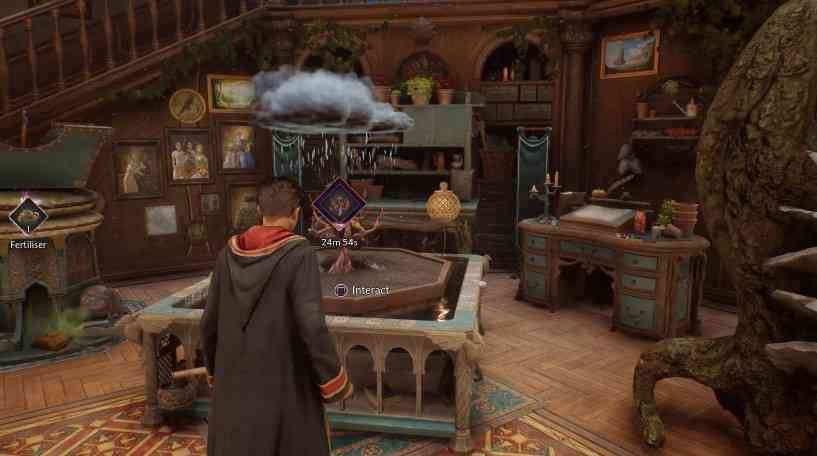 Putting it simply, the period of late XIX century was selected intentionally. Quiet years, not very interesting in terms of significant events, according to the lore. That means the screenwriters can create a story of their own, not depending on heroes of the previous stories and broadening the limits of the “existing” world. And this story will not contradict the canon, which matters for the fandom. This is probably what developers mean when they say they are creating something familiar but new, which is yet to be explored.

Hogwarts Legacy is a single player open-world RPG with no online or co-op gameplay. The action takes place in Hogwarts castle itself and areas nearby. The players will visit locations they already know, like Hogsmeade or Forbidden Forest, and some completely new ones as well. Avalanche developers tried their best and not just recreated the Hogwarts architecture, but also added some details, which were not mentioned before. 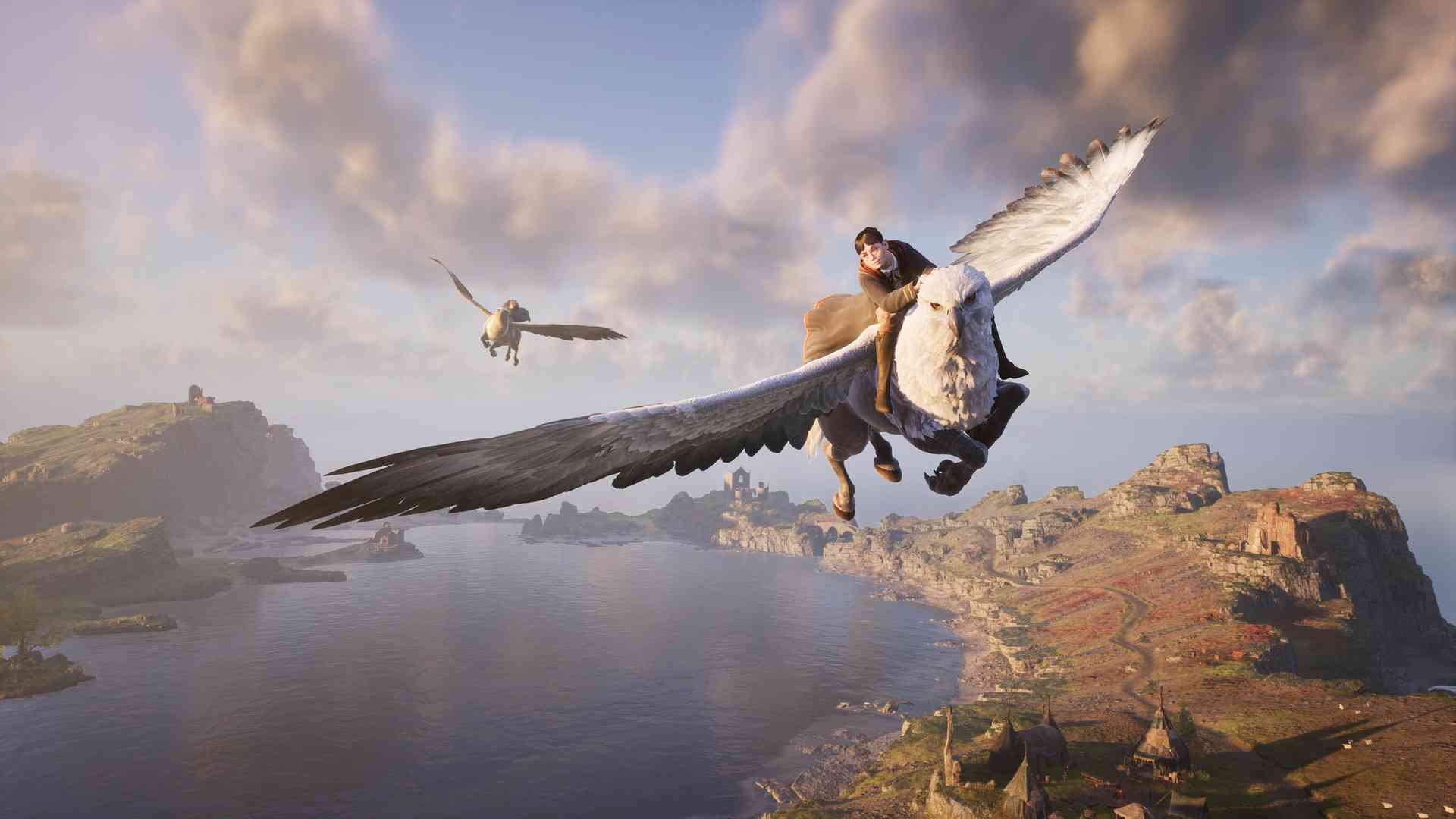 All levels including the legendary castle are full of secret rooms and dungeons, hidden passageways, and challenging puzzles. Some of them can be opened only with a combination of certain spells and player’s resourcefulness. But opening is just the beginning – there will be dangers awaiting players, like malicious creatures or sinister witches and wizards. Besides that, of course, there will be shops with big selection of useful goods, starting from clothes and seeds to magical items in Hogsmeade.

The means of travel between locations are broom flights and beasts rides, but in case with the latter, players before mounting it will have to tame the creature first.

Speaking about the very beginning of the game, players will have to start with the creation of their wizard or witch character, using the editor to set all the details up. And, of course, after that the new student of Hogwarts will have to pass the procedure of choosing the House. Since the choice is made, protagonist settles in the House room, probably together with his or her pet. Worth mentioning that rooms of houses differ from each other significantly. 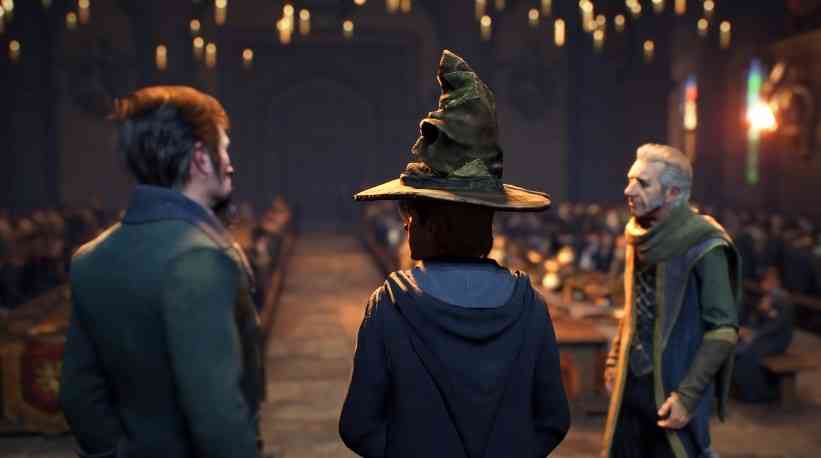 And since the protagonist starts studying, there will be relevant classes. Players start with four subjects: Charms, Defence Against the Dark Arts, Herbology, and Potions. The new subjects like Magical Creatures will be added later. Professors will teach students to cast spells, to grow magical plants, brew potions and tame magical beasts etc. Some classes suppose sparring with classmates, helping players to remember and to train the things they have learnt. The knowledge and skills gained during this process unlock access to new recipes and seeds.

Protagonist interacts with other students and professors and can make friends with some of them, getting the companions who will follow him or her. There are separate quests related to certain characters, which can increase the trust between characters and unlock new skills.

The game’s battle system is based on various spells. Players can learn (and use) all sorts of magic: levitation, telekinesis, fire attacks, protective spells for the protagonist and his allies and even the forbidden Avada Kedavra. Combination of various spells allows creating the unique fighting style and to smash all enemies. Besides that, various items, potions and plants will be also used in battles: we have seen the cry of the Mandrake in one of the game scenes.

Players will solve puzzles and deal with quests all over the map, making experience points, increasing the level of their abilities and unlocking new talents and skills. There will be many talents broken down by categories like general skills, spells, potions, stealth and others. 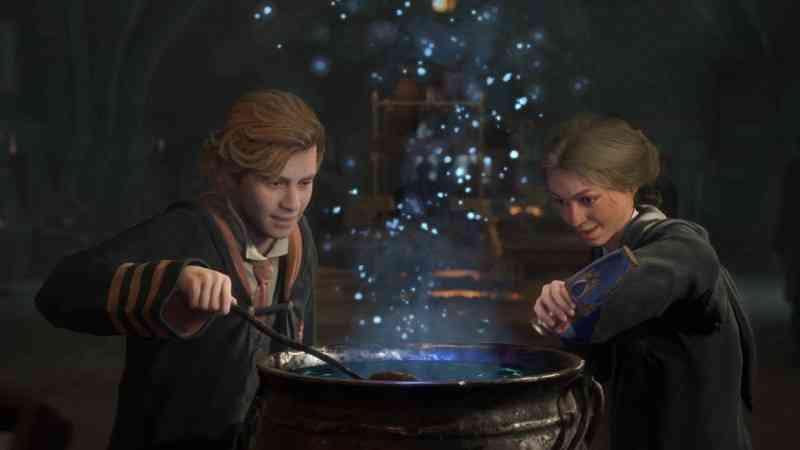 Hogwarts Legacy will have the system of equipment crafting – players will be able to improve and change the existing clothes, accessories or equipment items and to create new ones from the scratch as well. All these things can be done in Room of Requirement, which can be also changed and customized according to players’ needs. They will be able to use this location to grow plants from the seeds, to brew potions, and to work over the equipment to improve and customize it. It all may sound a bit complicated and hard to remember, but there will be house-elf Deek ready to answer the questions. The grinding and its place in the game process could also be one of such questions – nothing is clear in this regard so far.

The game will have the dynamic day and night cycle and seasons of the year cycle as well. Besides that, developers promise that there will be several difficulty levels to fit all possible categories of gamers. But there are things we will not see in it, and this is official. Yes, exactly, we mean quidditch. There will be broom flights and even broom races, but not quidditch. In theory it can be added as an additional mode in DLC, but if we speak about the release, the answer is no. Other things we will not see in Hogwarts Legacy are micro-transactions and in-game purchases. The only in-game purchase available for players with the game’s standard edition is Dark Arts Pack, which is otherwise available only in deluxe edition. 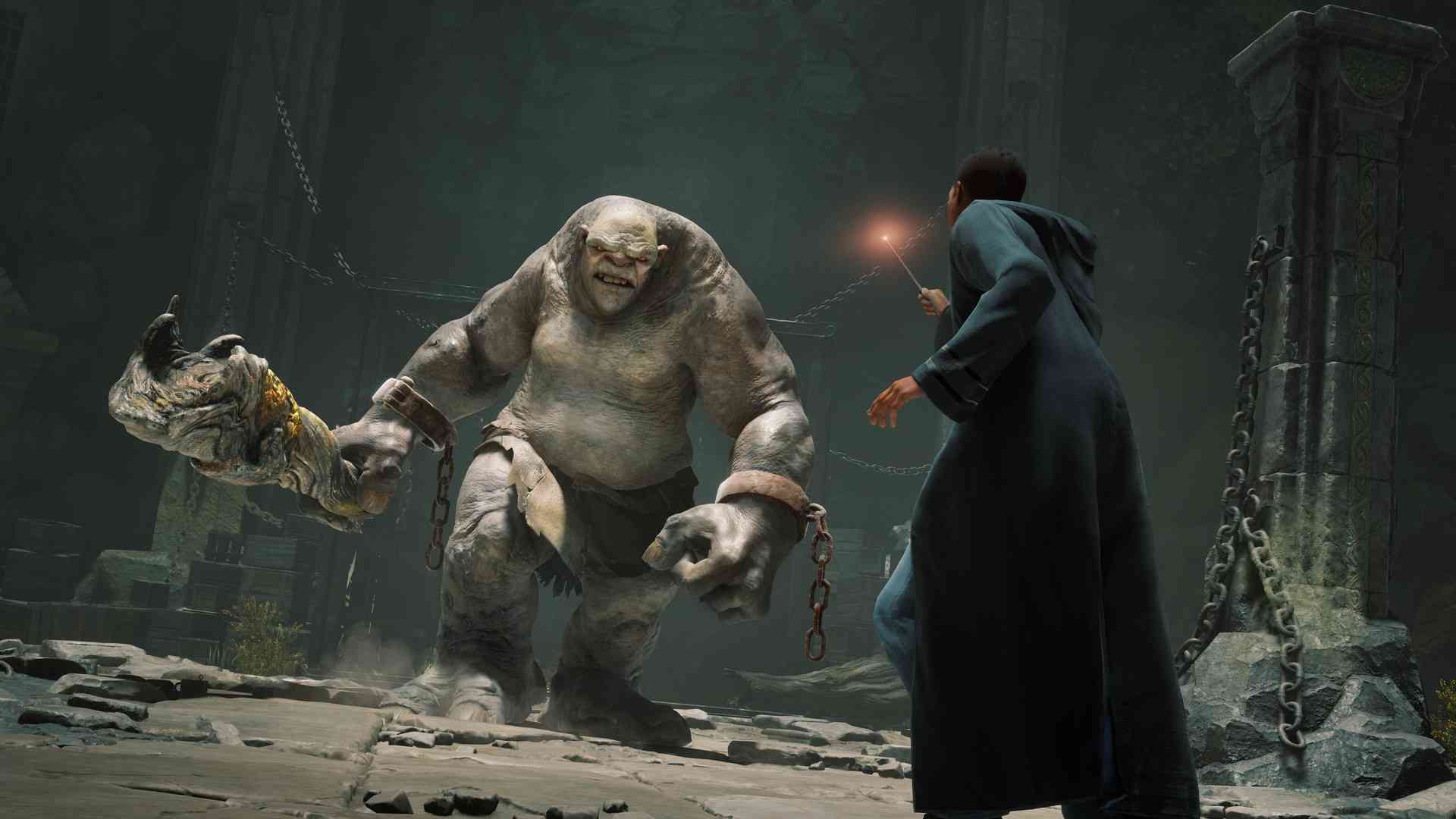 On the other hand, there will be a nice bonus for fans. Players will be able to link their Harry Potter Fan Club accounts with WB Games account. This allows importing their house and wand into Hogwarts Legacy in order to bring some authentic self into the game.

So what is the summary? Our take is as following. Now it looks like fans have a chance to get the game they have been waiting for 20 years. Can Hogwarts Legacy become exactly that game? We’ll wait several more months and will know that for sure.