How to play Cypher - Tips and Tricks - Valorant Agents Guides 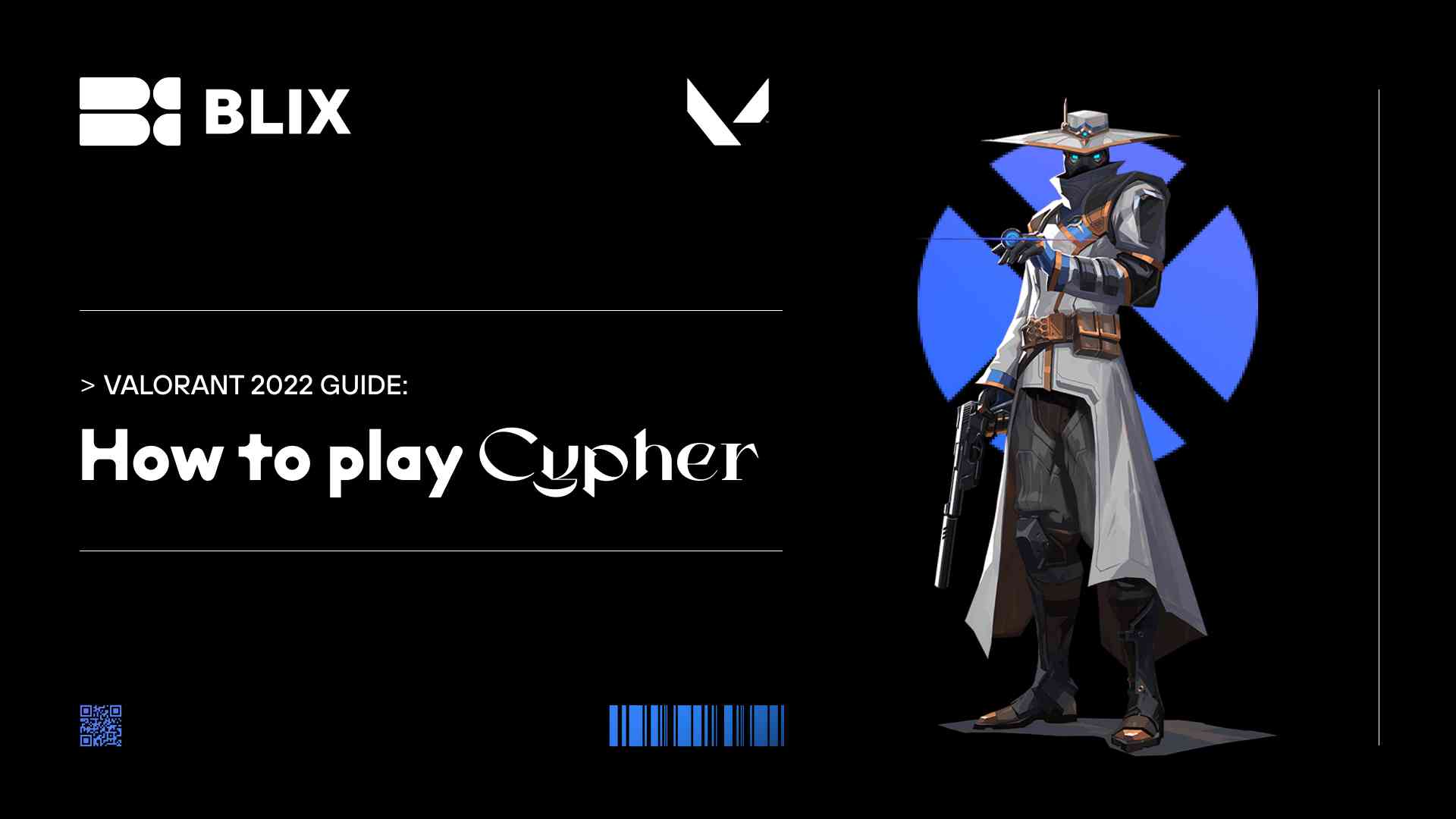 This article is about how to master an agent like Cypher. Here you can find information about his playstyle, strengths, weaknesses, gadgets, and abilities. As well as some interesting facts and tips on how to use the agent effectively.

Cypher places a hidden and destroyable tripwire on the walls. The tripwire deals a small amount of damage, revealing and slowing down enemies who pass through it. Players have about three seconds to destroy the tripwire to avoid the debuffs described above. "Trapwire" becomes visible when an enemy approaches or touches it. 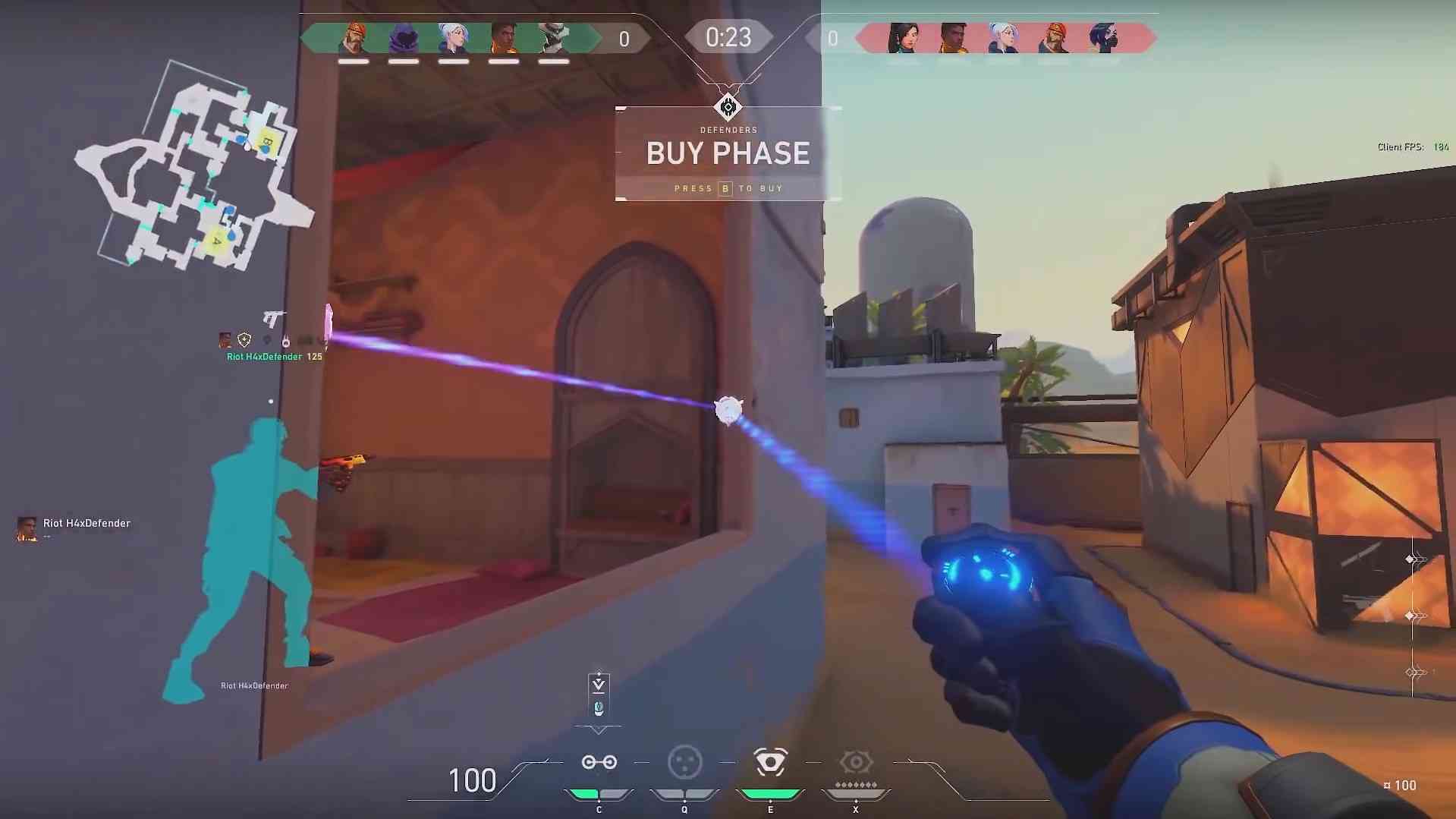 Cypher throws a "Cyber Cage'' in front of him, where it remains invisible until the end of the round. The agent can activate it at any time from any part of the map. Once activated, the "Cyber Cage" will open up and create a grey barrier around itself, blocking the vision of all players and slowing down enemies who attempt to pass through. Like other Smoke abilities in the game, "Cyber Cage'' is useful for deterring the opposing team. 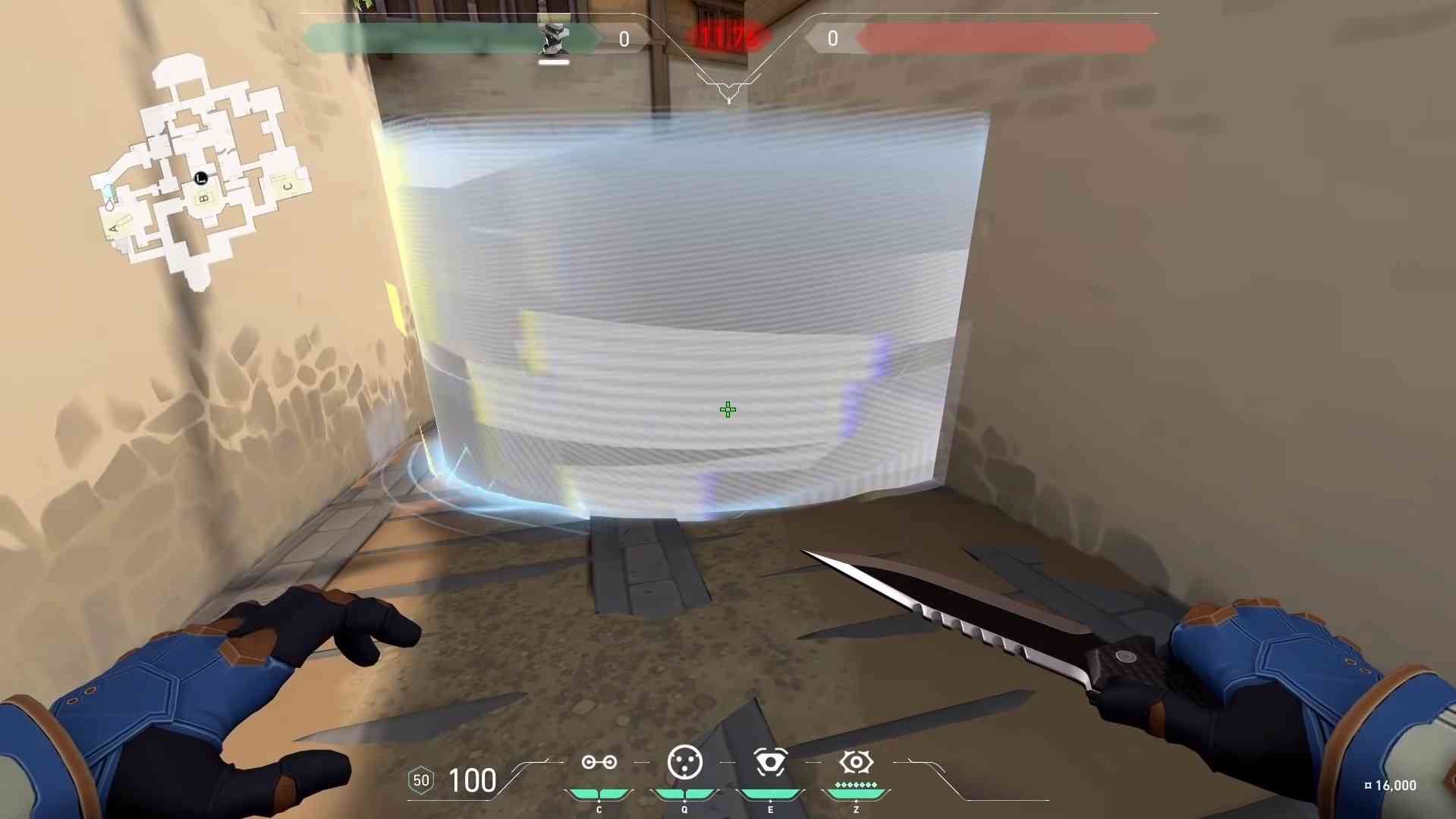 This abilityallows an agent to attach a camera to any wall or object. Cypher can take control of it to see what the camera sees. In addition to viewing the terrain, the agent can use the camera to fire a marking dart. These darts mark enemies with flashes of yellow outlines until the enemy pulls out the dart, or as long as the camera is active. The enemy will no longer appear on Cypher's or the rest of the team's screen once the camera is destroyed.

Another key to success with "Spycam" is that Cypher's allies can see the enemy agents on the mini-map while using the camera. Remember that using a "Spycam" makes the player visible to the enemy team, meaning you can be shot while channeling the spell.

Once placed, "Spycam" will remain there until it is destroyed or redeployed. There is no timer for this ability. 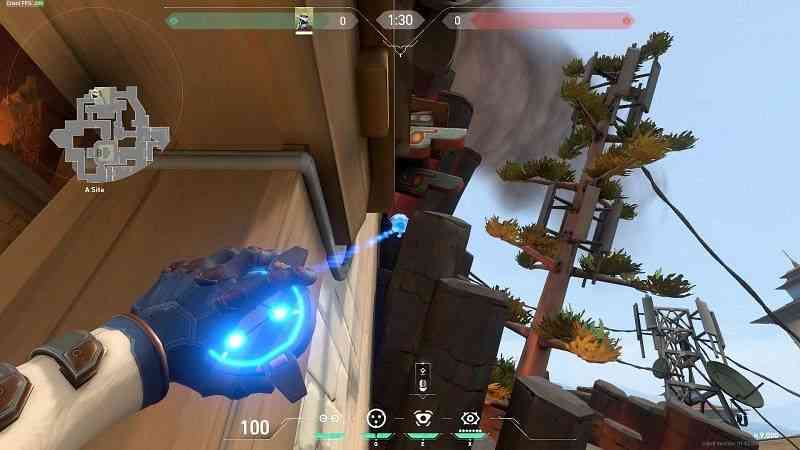 Cypher's Ultimate is "Neural Theft", a rather complex but interesting move. When Cypher approaches an enemy corpse, he can use "Neural Theft" on the corpse. After activating this ability, the location of all living players is revealed for a second.

This Ultimate provides the same utility as a marking dart, but on a larger scale, providing the ability to scout a location and reveal the enemy team.

However, to use this ability, the player must first kill an enemy, which is not an easy task. 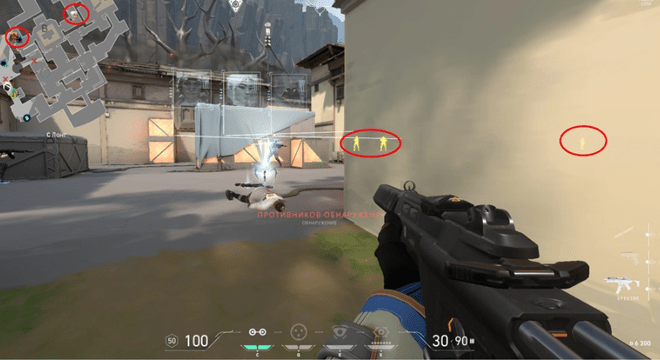 Most of Cypher's abilities are defensive, making him an ideal agent for defending the bomb site, but his big disadvantage is his lack of offensive abilities. Because of this, he can be less effective in pushing. With his signature "Spycam", he is also able to peek into certain areas without revealing his position.

However, this agent has some weaknesses, especially with abilities that can be destroyed by the enemy. Cypher is an agent who may need to look at his "Spycam" quite often, making him vulnerable to enemy attacks.

The biggest problem with Cypher's "Trapwire" and "Spycam" is that enemies will always destroy them as soon as they find them. It's easy to counter Cypher if you know his location and where "Trapwire" has been placed. Avoiding his abilities or playing around with them will always be advantageous.

Even though he is still a strong Guardian, his killing potential has decreased because his abilities are easy to counter and do little damage.

Recommended Playstyle and Role In The Game

For Cypher to make the most of his abilities, the player controlling the agent must have a strong sense of the game and an understanding of the map.

Cypher's experience is invaluable in defense, as he can defend the bomb site solo. Playing this Valorant agent can be a great way to keep the team safe from harm. Cypher's greatest strength is defense. He does not need to actively attack, his best playstyle is passive, and he needs to create space for a rotation.

Defensively, all traps should be set before the start of the game and only activated when it is absolutely clear that the enemy is about to break through.

With the release of Cypher, Riot has provided players with a unique agent who can wield weapons and possess good intelligence and knowledge. Unlike the other characters in the game, Cypher is not as dynamic, which may be the reason why he is not picked as often. 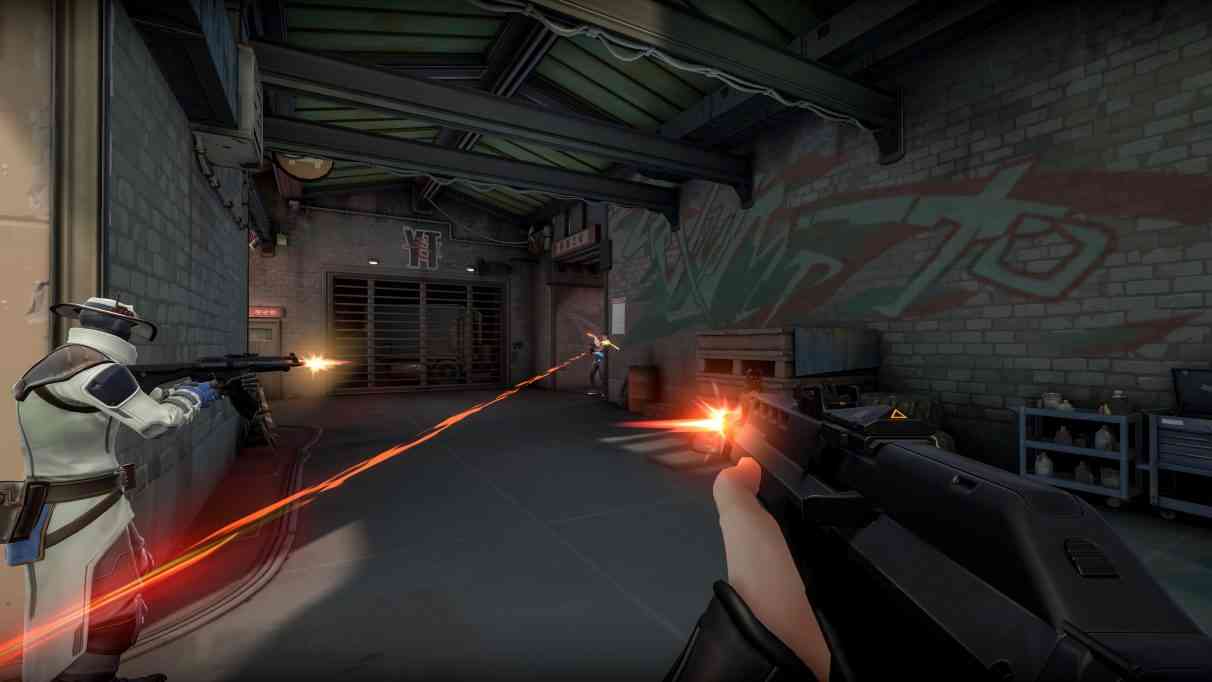 Who Does He Best Team Up With?

The best agents to use with Cypher in Valorant are those that have synergy with "Neural Theft", "Spycam", "Cyber Cage", and "Trapwire" abilities.

In general, almost all agents will complement each other well. However, some team comps are best suited for various tasks. In any case, the best hero pool will always be the one that uses the player's favourite agent, which they know how to play with.

A winning comp in which Cypher will look good is Breach, Brimstone, Cypher, Sage and Sova.

Breach is great in tight areas, Sova is great at long-range combat and he's also a good scout. Sage often determines the outcome of battles, as she can heal, and Brimstone can damage enemies all over the map. Cypher's spying skills and gadgets make him the perfect complement to any agent.

Who Is He Good To Play Against?

Cypher is a great character, and if the player can master him, he will fight well against any other agent. He can control the map well, and his abilities allow him to cover his back, block the enemy's vision, or illuminate them. When played competently, there is no character he is weak against.

Why Was Cypher Removed From Valorant (Competitive)

The Valorant 4.04 update was quite buggy, causing many problems in the game after launch.

Following the release of the new update, Riot Games removed two agents from the game to fix some of the bugs, but the urgent fixes didn't stop there. On the evening of March 3, the official ValorantTwitter account announced that Cypher had also been removed.

The developers discovered a new exploit for it on Bind.

Cypher previously had some glitches in his "Trapwire" that gave him an unfair advantage.

On March 4, the company fixed a critical bug that caused matchmaking servers to crash when Cypher used the "Trapwire" ability on the Bind map.