How to play Jett in Valorant 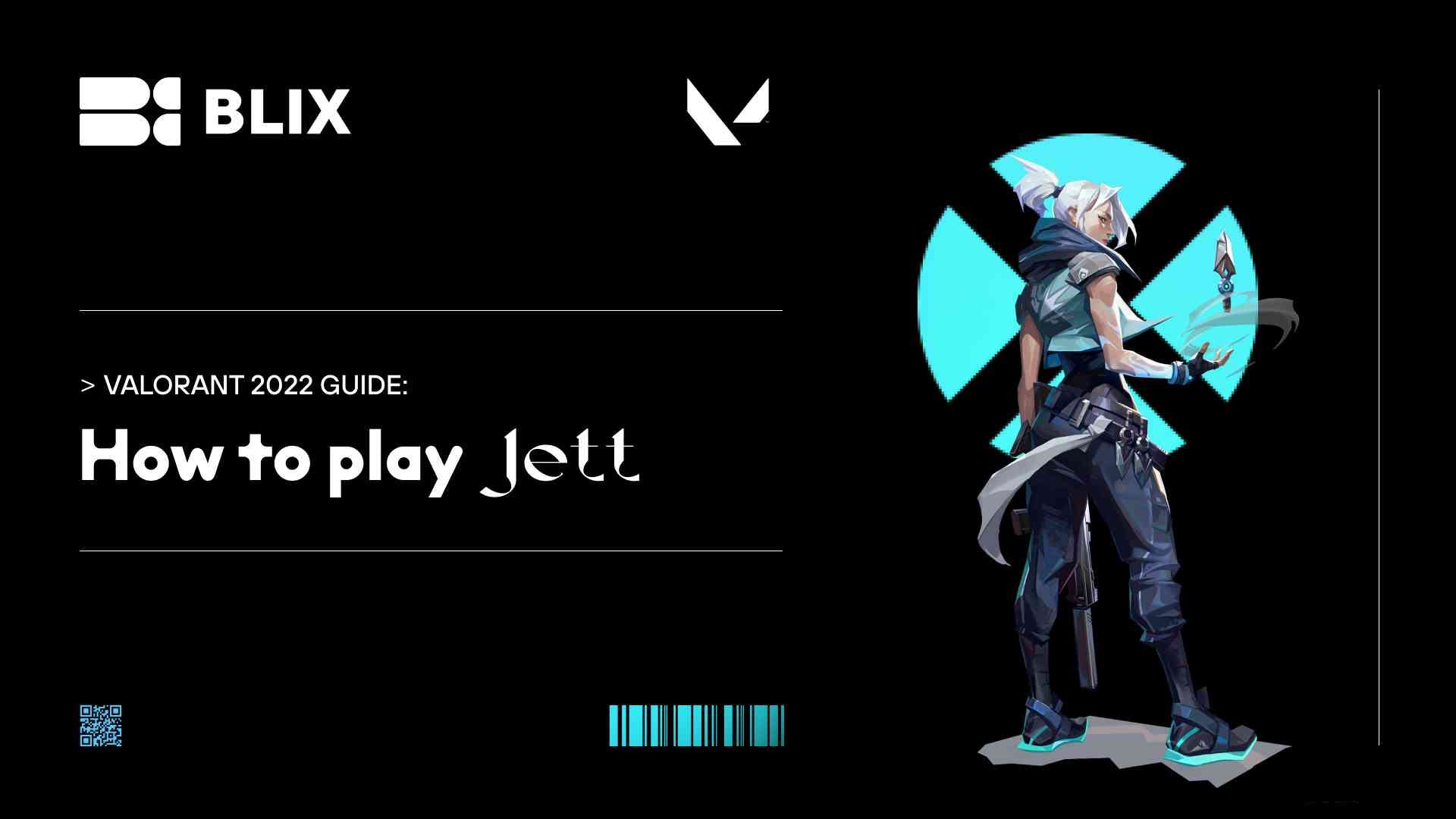 There are many different agents in Valorant, and each Agent has a unique playstyle. This article focuses on an Agent named Jett, and her abilities, tips, and tricks. It is a kind of guide for Jett from Valorant.

Jett has always been one of Valorant's most recognizable agents. In a sense, she is a mascot and a fan favorite. Many professional players like TenZ, Osu, Wardell, and more, use her in the game. That's because Jett has a naturally sassy and attractive personality that simply can't be overlooked. She is a duelist and one of the most complex characters in Valorant with very bright skills. Jett is all about maneuverability. Her ability to fight face-to-face and avoid return fire puts her in a separate class beyond, perhaps, Rayna. No other character can move around the map as Jett does. Therefore, if used correctly, she can easily destroy the entire enemy team on her own. Players can get Jett after completing a training course.

Allow her to control the wind. She uses them during battles, thereby increasing her agility and speed. She also uses her abilities to move quickly vertically and sideways, literally taking combat to new heights. 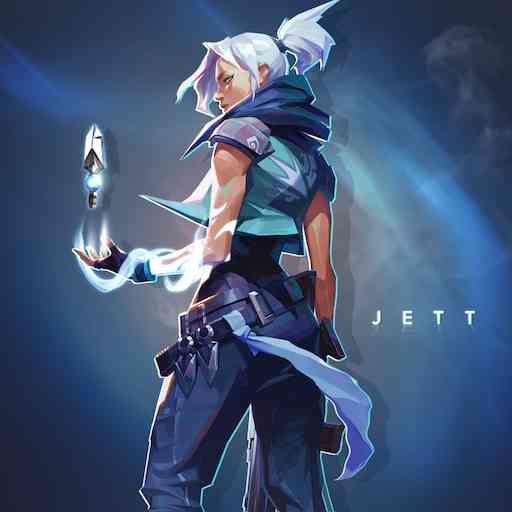 How To Play Jett 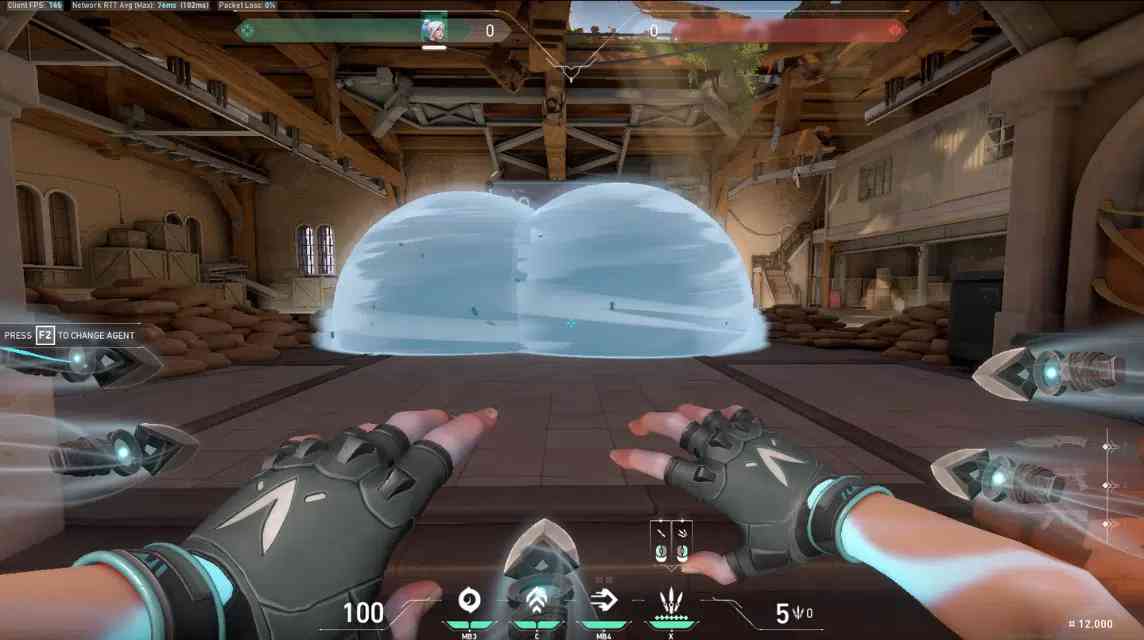 - Since the cloud has a limited duration, it is worth acting immediately after using it. Try to move stealthily from one place to another using Cloudburst and Tailwind skills.

- Before using the cloud, it is better to aim well. The thing is that after pressing the skill activation key, Jet immediately throws a whirlwind in front of her. Cloudburst can be used at close range or thrown far away. 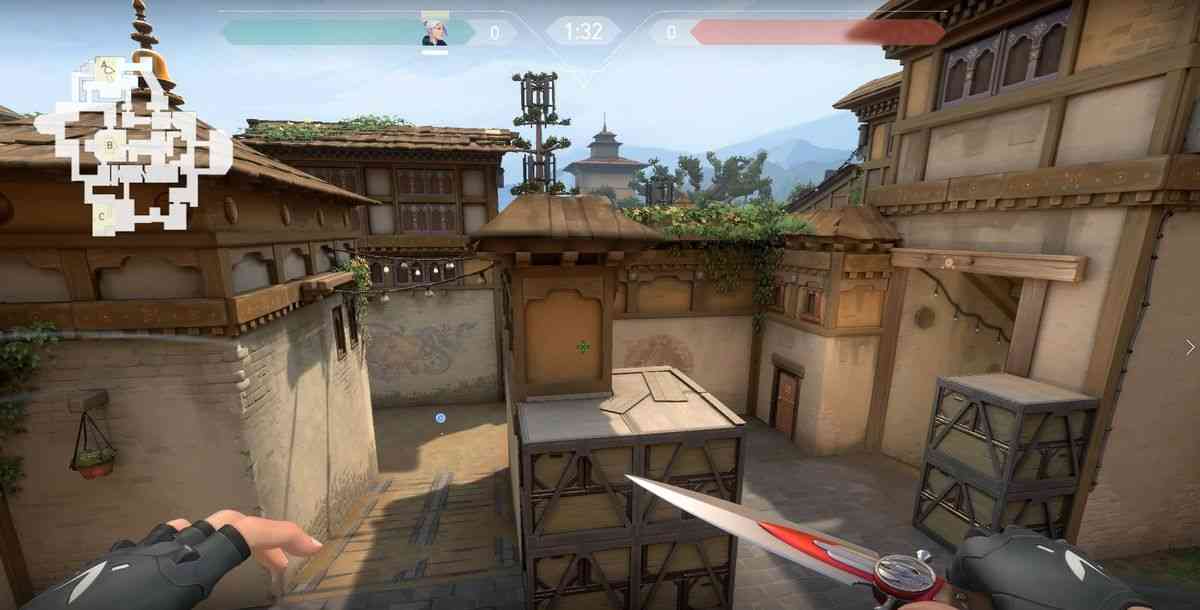 - This skill is one of several ways in Valorant to climb high places. If two crates are stacked on top of each other, use the ability to reach them.

- Do not shoot in the air with this skill, as shots will be inaccurate. Therefore don't use this skill to challenge enemies.

- Using Updraft in combination with the Drift skill allows you to sneak into even harder-to-reach places or remain unnoticed. 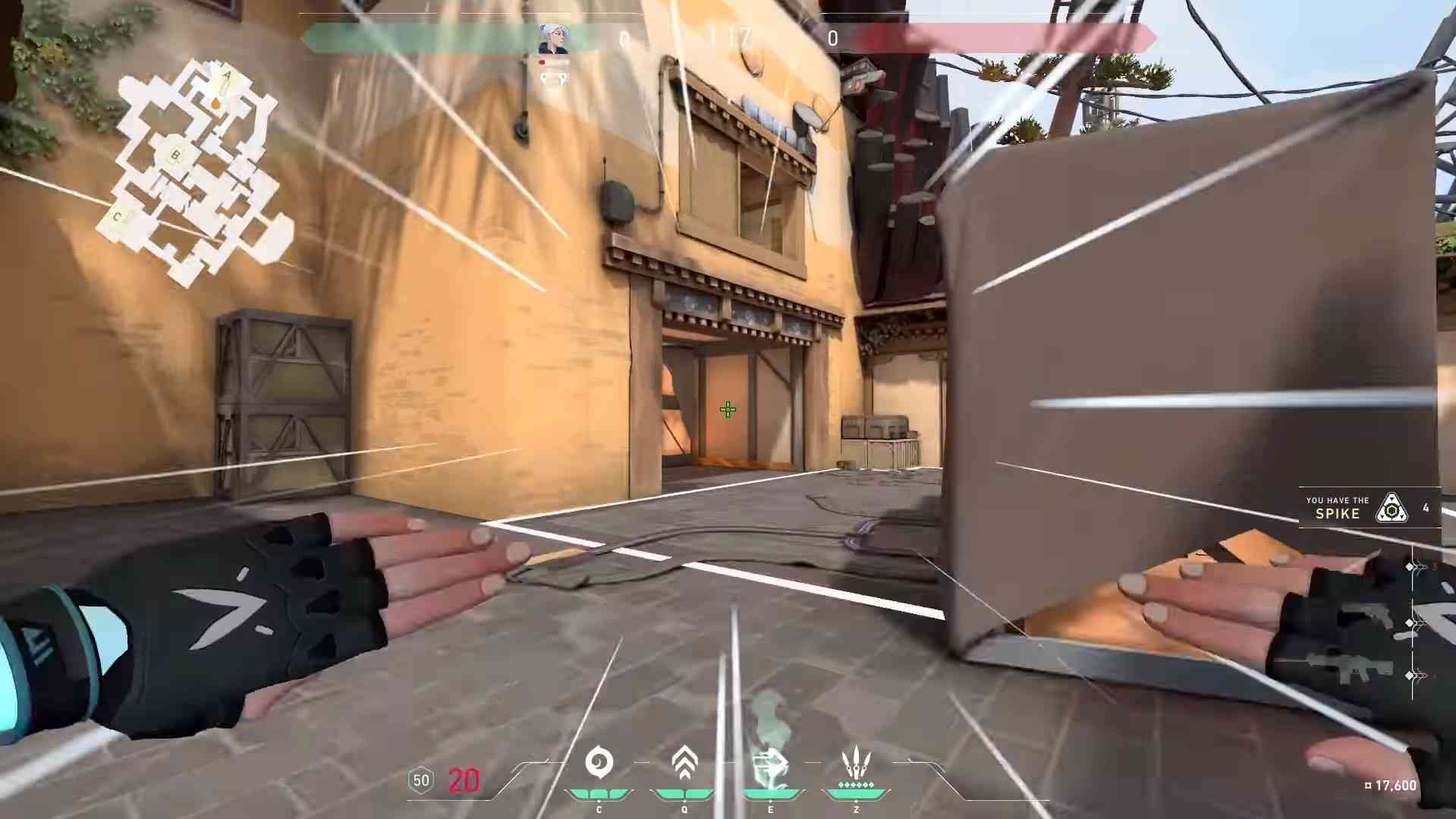 - To properly control the movement of the Jett, you need to set the direction keys (W, A, S, D) in advance. If a player does not specify the direction when the ability activates, then The Agent will continue moving in the forward direction.

- This ability helps you escape troubles and is also great for mid-range firefights. Use Tailwind to travel from cover into cover and hide from enemies. Most likely, the enemy will not have time to recover and will be defeated. 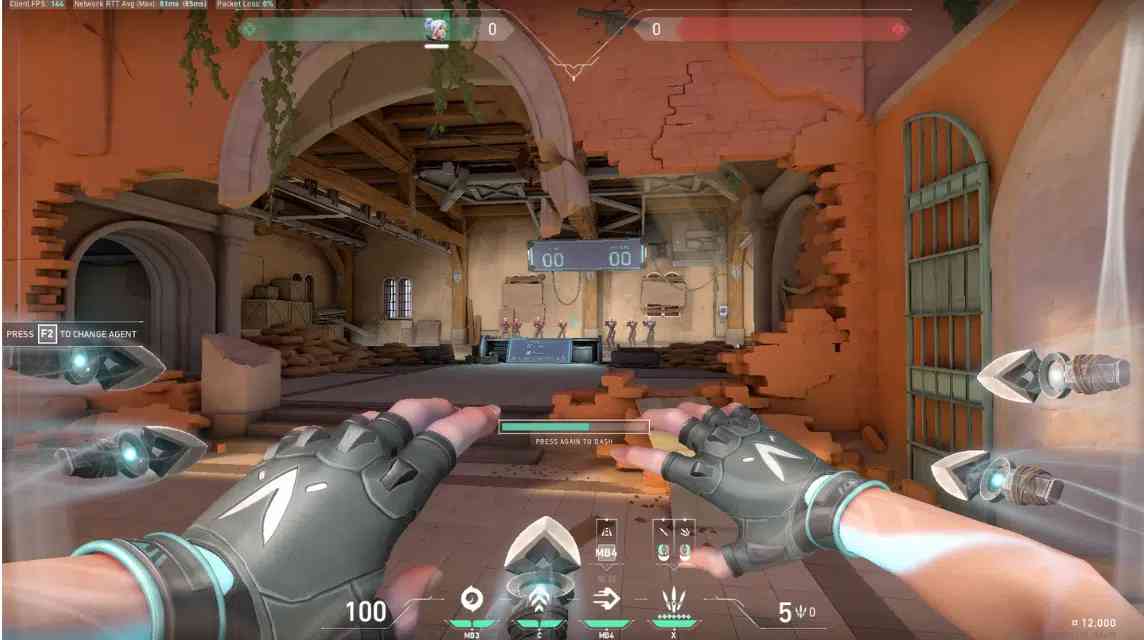 - After each kill, the daggers are reset and can be thrown again.

- There are two firing modes available to Jett: one at a time and all daggers. Shooting one dagger at the body makes it difficult to get rid of the enemy. Therefore, Jet can throw daggers one at a time with almost no delay.

- Unlike weapons, this skill is not penalized for moving and flying in the air. Therefore, even when shooting in the air, the daggers will fly to exactly where they are directed. 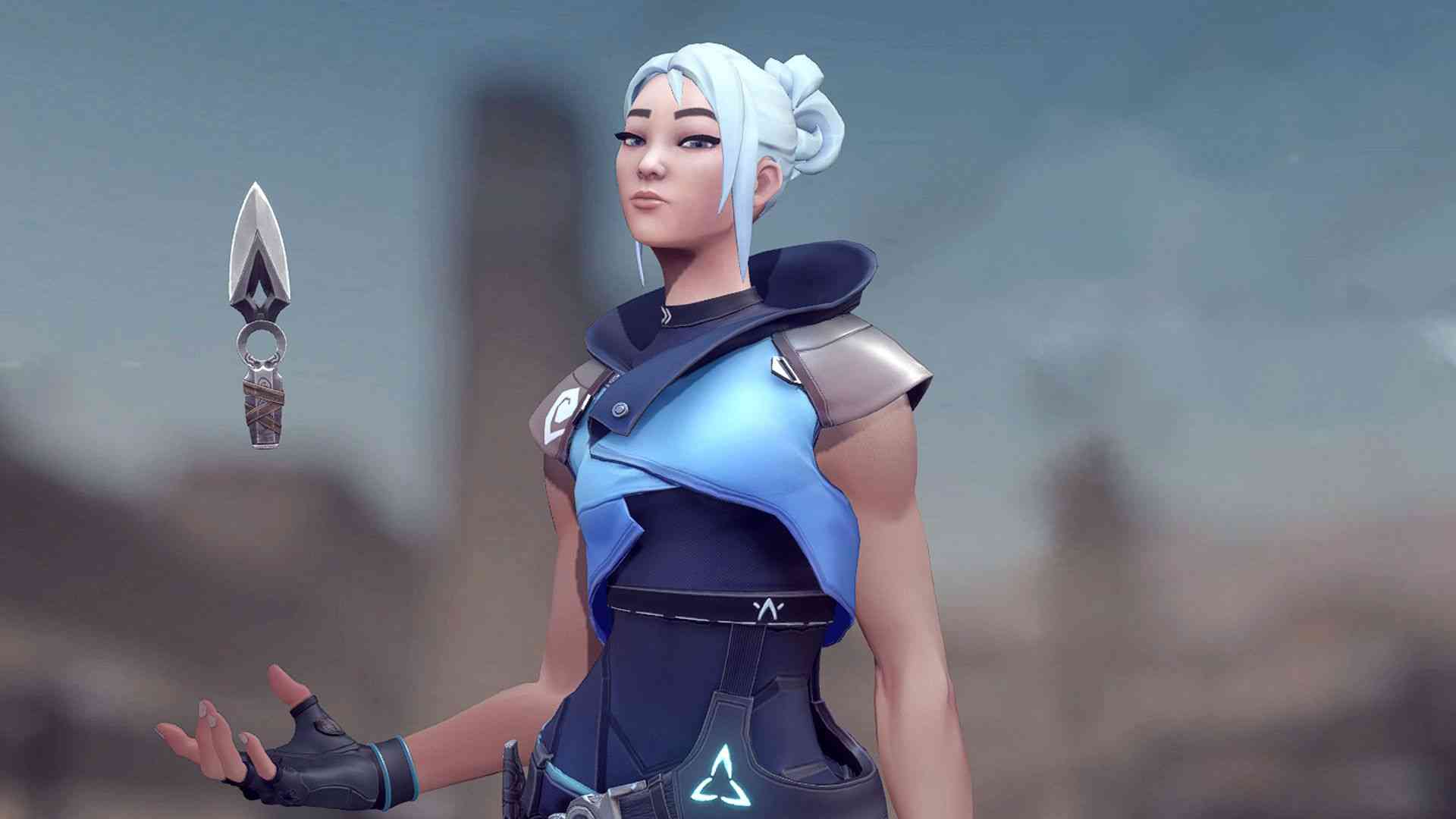 Smokes After the Killing

After a kill, try throwing smoke underneath you, and it will work as a kind of escape. Usually, after a kill, opponents start pushing, and the smoke prevents them from doing so.

Jet's smoke mechanics allow her to stick it to objects, so Jet can control the smoke, direct it and place it so that the player can see his opponents' legs and attack them.

The next trick is the shotgun. Since Jet is very mobile, she needs a weapon with high hit accuracy. The Judge Shotgun, which is the primary weapon in the Valorant and costs 1600 VP, is ideal for this purpose.

Blade Storm, combined with the Updraft ability, allows Jett to take a good position and kill an unsuspecting enemy without risk. The main thing here is not to forget to press the "spacebar" to hover in the air and buy some time.

When using the Updraft, almost all bullets will be fired "into the ground" during flight. This is due to the shooting mechanics of the Valorant. But with the classic pistol, you can shoot enemies in the air without any problems. Just don't use simple semi-automatic shots, but shoot in bursts of three rounds. 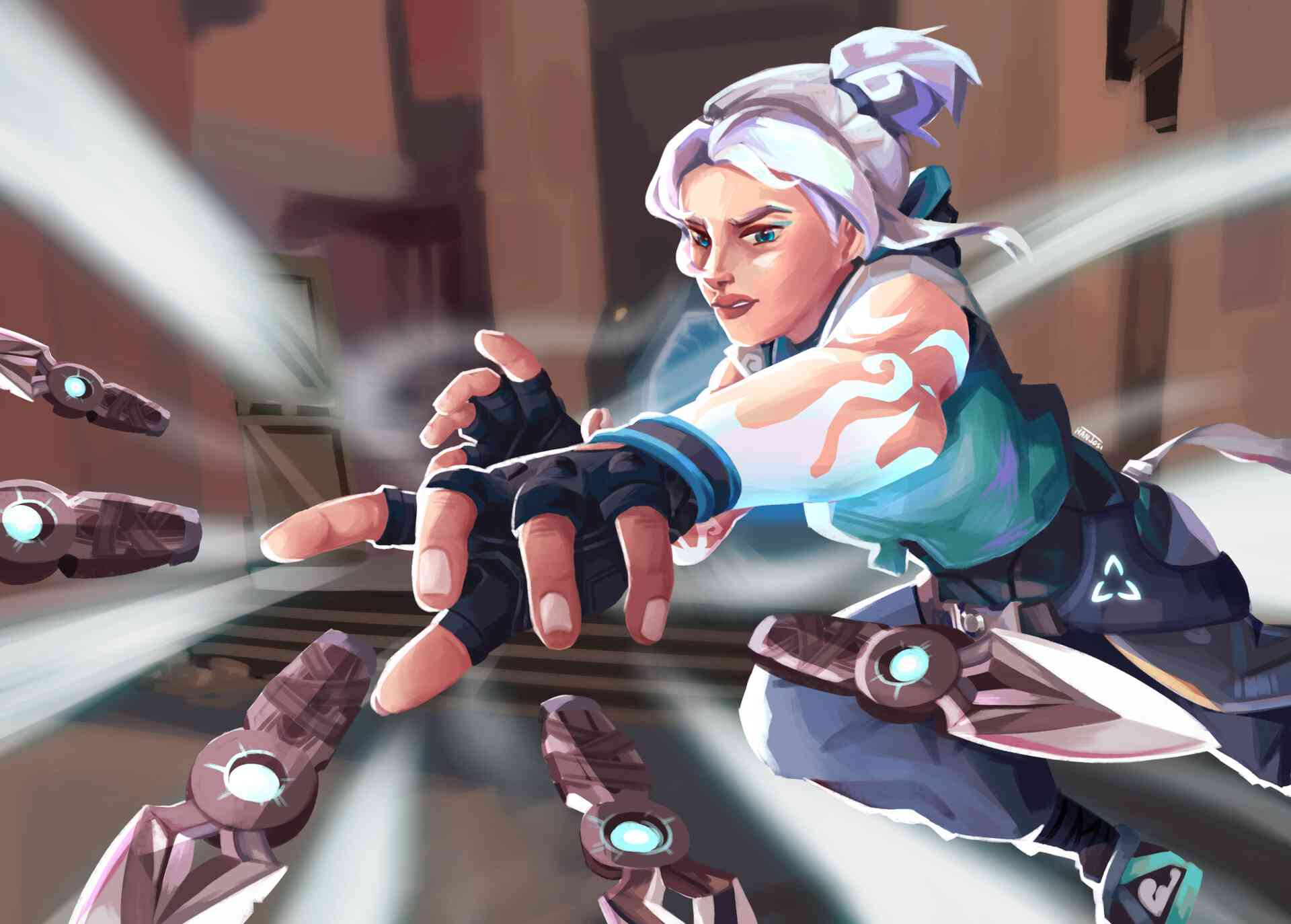 Regarding the playstyle when playing as Jett. When playing on the offensive side it's recommended to rush first. It's good to destroy the traps set by Cypher. In addition, Jett's mobility makes her a difficult target for the enemy.

When playing defense, sometimes it's worth playing more aggressively and letting your opponent get close to you. This is a great tactic for the mobile Jett because if the peek is not successful, the Jett can immediately rush back without any problems.

Another thing to know when playing Jett is that she is best suited for operator play because you can either dash right after a kill or play aggressively and scare the operator.

And don't forget to take elevated positions, because Jett's Updraft ability gives her a huge advantage and is only available to this Agent in the game.

To conclude this detailed Jett guide in Valorant, a few of its shortcomings should be noted.

The ability should be activated before jumping, which sometimes can be forgotten during gameplay. If clicked at the same time, the skill, alas, will not be activated. In addition, there is a time limit of 12 seconds, so if 12 seconds have passed after using the Tailwind ability, the player will not be able to dash. Another disadvantage of this ability is that it is only usable once per round. Therefore it is not worth wasting the charge.

Another disadvantage is Jett's ultimate skill, which requires accurate aiming. If the dagger hits the opponent's head, the enemy dies immediately. However, if it hits the body, the damage from a single dagger is only 50 HP. Plus, if Jett kills the enemy, she returns it. But if the player fails to hit with the knife, the ultimate will be for nothing.