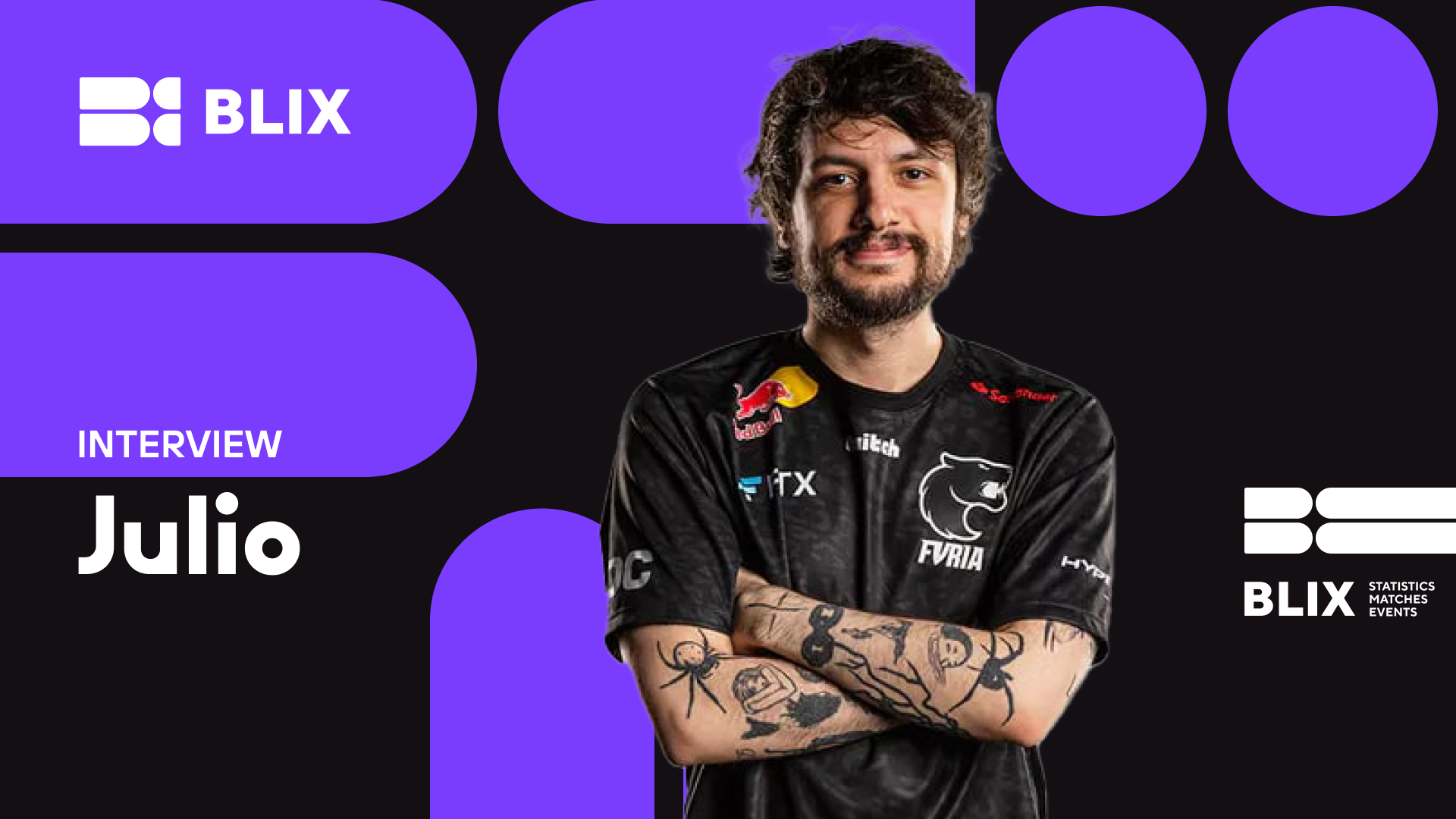 The world champion Julio “Julio” Giacomelli joined us in a chat after the announcement of him joining FURIA as coach, right after a period of four years in Ninjas in Pyjamas as a player.

A legacy in Pyjamas

“I joined NIP in 2018, and I stayed there for four years. We got excellent results not only in the Six Invitational achievement, but great participation in international events and some bad results like the Six Major in Raleigh in 2019, where we finished last place in our group. But that is normal. Overall it was a great journey, in my opinion.”

“We were able to build and keep a solid roster since Gabriel “pino” Fernandes and Murilo “muzi” Moscatelli got in. We stayed two years at the top which is very difficult to keep the same roster and stay at the top. After that, I think it can't last forever with the same lineup, but I enjoyed my path in NIP.”

“We were playing the BR6 and after that, we gathered and we concluded that changes were needed. Even I agreed with that because it’s not even a player or performing thing, I think it’s another thing that is happening in NIP.”

“I accepted because I had a bad performance in the first split. I was not happy also, it’s not even a thing with the players, simply I wasn’t happy. I think it was a good thing for me, I accepted and I’m still friends with all. Life goes on…”

Not much time unemployment

“I was not expecting it to be so little time without a job because all the lineups seem to be closed and we had a very bad performance in BR6. Our statistics were very low so I knew I wouldn’t be called in instantly after announcing my departure from NIP.”

“I think it got out one season and if some team doesn’t go that well I could be called but I don’t want to be out. I wanted to stay as a coach or something else to stay inside the scene.”

“In the NIP official departure, they announced me as a player, and no one wanted me. On the last day of the transfer window, I announced that I was looking for offers as a coach too because the window will close and I would be out. Then, the FURIA’s manager came to talk to me and I talked with the IGL Rennan “R4re” Vitor and everything worked out.”

Rafael: Any chance to return to be a player in the future?

“My focus now that I have a son is to be happy, to have a good day by day with good people, an enjoyable environment. From now, I’m happy I’m enjoying being a coach, it gives more adrenaline than being a player.”

“I’m learning a lot, more than I would learn in another team as a player, I think. “

“You end up focusing on the tactical part and you learn a lot. When you’re in another team you catch another perspective of things. At the end of this split, if I see that I managed to help the players, I continue.”

First impressions as a coach

“After Twister and FURIA followed distinctive ways, the organization was without a coach and they called me. I said that I didn’t want to come like a football coach that imposes and changes everything.”

“They already built a strong base; they are playing very well. I wanted to come to add, changing little details like one tactic that needs to be changed, I change. If I don’t have anything to say I won’t say anything. I’m not the kind of person that wants to show their work, I’ll say what I think will help them to grow. That’s why I’m quiet if I don’t become a good coach it’s ok, I don’t have that pressure to show work.”

The helps in the first steps

“But as I said, they have a solid base and would be worst if it was with a new roster that we had to do the tactical part from the zero. So, it’s a more relaxed thing and I count with the help of Luiz “Kizi” Carlos, he’s the analyst and he helps me a lot.”

“Even Victor “Daffodil” Henrique, he’s the 6th player but he helps us a lot with some pixel, watching VODs, or other stuff. Has been great working in FURIA, we have also our psychologist that helps us before the games, it’s other structure.“

The young blood alongside a world champion

FURIA has a lot of young talents such as Thiago “handyy” Ferreira, Diogo “fntzy” Lima, and Daffodil. Julio explains how his experience is helping them in his first experience as a coach.

“They are great people to work with, as they are young, they are in that hype. They accept well, the criticisms. Sometimes [it] is difficult for young talent to listen to and accept the criticisms but they manage it well. They like me and they trust me a lot so everything I say, I see they pay attention.”

Daffodil joined the team as a “plan” from the previous staff and Julio shared with us his vision for the player.

“Regarding Daffodil, we still don’t have a plan for him to change constantly the roster with the 6th player like in other games, but he’s there learning. I think it’s crucial for him to stay here to learn, he watches all our matches and all the practices.”

“If necessary, he’s there and he knows everything. He’s a very dedicated kid, he’s very anxious to play but he’s a 6th player. But I think this is a very good time for him to understand and learn all the work in process in a tier 1 team.”

“When I came, I got surprised by their level of communication and skill. Everyone is skilled and understands the game and they have a huge potential to go great in the tournaments. In an international event, I think a coach can work more because it’s one game after another.”

“Regarding the players, I’m very confident and even they, and I can see [that] they trust each other. There’s not a guy that is lost and is worst in skill level, everyone is on the same page. The environment is very good, we’re all confident.”

In the return of BR6, Julio made his debut with FURIA as its coach, overcoming MIBR and losing 8-7 to w7m.

“Our first matches in Br6 were tough games, we got a great victory over MIBR which is very important and we lost to w7m, but it’s in the losses that we learn most. We learned a lot from that game to not make it again and to start different in our next match, but unfortunately, it’s only a few games in BO1. But I think in the future, we’ll deal better with w7m. “