Mrofficer88 about Major: “We need to get ourselves prepared more than just preparing against them” 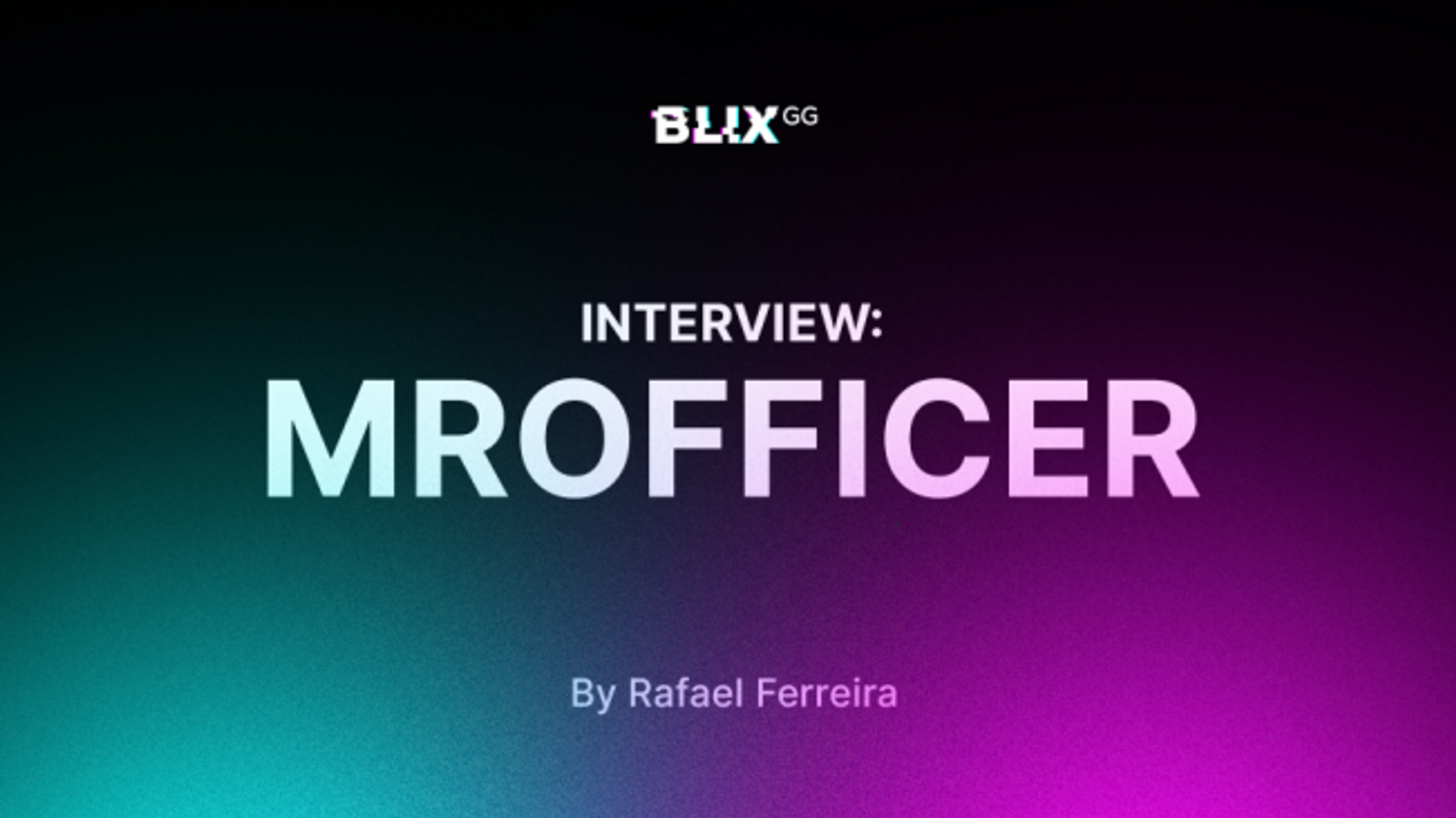 BLIX.GG talked with Heroic’s coach about the journey of looking for an IGL, Heroic’s performance in the first split of the European League, and the preparation for the Major that will start on 16th May in Charlotte, USA.

Murat “Mrofficer88” Motevalli started the journey in the Rainbow Six Siege’s competitive scene at 30, an age that we don’t see as very common in the esports scene.

“Late in 2017, I started to look at the competitive side of this game, played some ranks that ended up in the Supremacy roster, which was in Pro League in 2018 and then, they needed help, some analytic help and that’s how my journey started.”

“The next thing I know is I’m with them in Lyon, we’re on stage and we get the second place as we lost to Vitality. Since then, I would say that’s where my career started and I found out that esport is a cool place to be.”

“From there, building connections, getting invited by Ubisoft for some workshops and getting the opportunity to meet people in the scene a bit better and slowly but study, I found my identity in what I can do to help people. My journey went to Natus Vincere with the german roster then went to Orgless and from there, Gamerlegion, DIVIZON and finally Cowana.”

Always positive and helpful on social media, Mrofficer talked with us about this mentality.

“One of the things that I’m trying at least my best to teach my boys is that life is sh*t, let’s be honest, I’m not going to lie. If you surf through your life thinking that things are going to be easy you’re wrong. With me knowing that I’m trying to deal with that in the best way and I know that taking life with a smile it’s a better way to have it, better than complaining or getting mad because all this negative energy won’t bring you to anywhere. It will just bring you to a darker place. Instead of crying about it.”

“We need to be able to handle the situations. We will have hard moments and discussions in the team where people get hurt and how do we handle it? Giving them the tools with communication being part of it, not afraid to show emoticons, being in control with yourself. Then solve the problems in a better way than just rage. I think that also comes with the experience and growing up. I’m 34 and I’m still struggling, nobody is perfect but you have to start in one place.”

The process of replacing Anarchic and building the roster

“With Anarchic we came to the Pro League with him and everyone in the team got involved to see how far we could go with this team.”

“People ask me if it was smarter to the changes pretty fast with Anarchic, especially after one or two splits instead of waiting for all the way. Maybe, we never know things like that but I think it’s important for the team spirit to understand that nothing gets perfect immediately, well nothing gets perfect.”

“You need to spend time, and you need to get through different phases, and that’s why we decided to keep Anarchic. Practice-wise as well, Anarchic is really smart; he took a lot of responsibility to him, and not fragging wasn’t an issue to start with.

“Leading to that, we had Kendrew but we decided to let him go after split 2 and that’s when we started our journey looking for fragging power to our team and that’s when Benjamaster came in. He was like a really nice fresh breath into the team not only bringing frags but he’s an extremely smart guy, a cool guy to stay with, he never rages or something.”

“At the beginning of split 2, Anarchic contacted me saying: “I’m questioning myself if I’m good enough to be a player.”

That shows character with a guy. In Split 3, we knew that changes would come, but for me, I also know the world of how much a team can go to hell if you change identity, and for us, it was very important that we kept the identity. Even if Anarchic wasn’t that good as a player, he was super good to have in the team. It was a natural choice that move to the Strategic coach role. We kept our identity as a team; Anarchic is doing a ten times better job; he’s super motivated in what he’s doing. He just needed to be in a different place.

“When we had Kendrew, there was no doubt that we needed an IGL, not someone to do everything for you but close enough to be honest. We were really bad at taking initiative at ourselves, and we felt that we needed a leader. But even if we needed it, the team wasn’t ready. We weren’t in the moment to take everything that comes our way when it comes to how straight an IGL has to be sometimes. IGL is also a difficult position; you can’t speak to everyone as you do with your children “oh, please, can you can there.” The team wasn’t ready yet.”

Playing the Pro League, we find out that we were still needing someone to take that role. But something we learned after the first season of Pro League for us was a lot about ourselves. Us not make it to the Six Invitational s*cked, but it gave us a lot of time to think. We knew that we still needed that guy but maybe not a typical IGL, and we needed a really good shot caller, someone who can enable our fraggers but still be the team captain.”

“UUNO for us just immediately clicked. He’s a Finnish guy so he has zero feeling, he’s a good guy to work with and with a ton of experience which really helped. Our journey with UUNO is making him even a better captain and the IGL problem was naturally solved himself. We don’t expect too much from UUNO in that part, we have Grizzly that is an extremely good caller, we have Gorgona who takes a lot of responsibility in the calling and even Sloth has been amazing in this split in fragging, calling, mental reset, I’m about to lose my job.”

After the end of 2021’s edition of the European League, Heroic got relegated while Cowana finished in the 6th position. In that way, Heroic bought the Cowana spot in the league as also the roster from the German organization.

“We’re really grateful to Cowana as they supported us when “nobody did,” all the way from the tier 3. They supported us financially and in everything we needed to get into the Pro League. But we needed a bigger organization with more experience, especially when it comes to the performance side of what is actually needed for us to go to the next step. We needed a higher capacity of support when it comes to psychologists, mental coaches, you name it. For us, it was the right time to make that move. We had a professional talk with Cowana and they agreed with us, they were helpful and that’s when the journey started to see if anyone buys our team. Luckily for us, Heroic came in and with Cowana they had professional conversations and GG.”

Heroic’s first split in the European League went almost perfect for the danish organization, with eight victories and one loss.

Rafael: “Were you expecting this performance in EUL?”

“To be honest we didn’t know what to expect. The practice was pretty good before we started but I think the biggest chance for us mentally thinking about it, before, and we’re working with a guy that is a professional mental coach and the first thing he asked us when he joined before the split 1 started was: what is your goal? We answered top4. He turned and said: wrong! Why you’re already putting pressure saying top4? Your goal shouldn’t be top4, should be getting better in holding flanks, dronning, communicating with your teammates, etc. These are the things you need to put as goals and the consequence of that it comes whatever it comes.”

“We also need to have a humble mindset thinking that we’re here with ten teams, six or seven want to achieve the top 4 as well it means there are other six teams that will push harder to achieve the same goal as yours. There aren’t many differences between the teams but we need that leverage and that happens with you in your mind, nobody else, anyone can improve and get better in the game. When you find that balance, that’s when you start to get better and everyone else around you.”

Preparation for the Major

“Not going to lie, you don’t have a lot of time between EUL and the Major but I think the preparation needs to start mid-season if you see yourself being able to achieve the top4, you can’t play all the maps and show all your strategies. Our preparation I would say has been decent, I wouldn’t say supergood or super bad.”

“We also think that is a good thing to prepare ourselves for the competition instead of only preparing against the other teams.”

“This is our first Major we’re going with a winner mentality and we want to take the trophy but we also know with the same tough process that we had in the EUL there are also other really good teams that also want it. We need to get ourselves prepared more than just preparing against them.”

Does Heroic feel they are favorites?

“We don’t even think about that. The first thing I said to my boys after we made the first place was, hey you have all the reason to celebrate, we had super good results, we should be happy but how long we’re going to celebrate? Then, my boys, I’m very proud of them, said, no more than one day. And it’s really that, there’s the next split and in the Major we’re going to start without any points.”

“We captured the good spirit from the EUL but we’re not going thinking we are something, actually we do that in-game with the mentality being switched but before that, our mentality is that everyone can take it. It really comes out in the day and mentality.”

The teams in the group

G2 had some ups and downs in the first split, so I don’t really know what to say about them, they will be more prepared for the Major, of course, but I think we’re going to handle G2 with a good mindset. It’s easier to play against them because they have more or less the same game style as ours.”

“When it comes to Darzkero, we practiced against them before but never official game so we have no clue on how we’re going to play against them but we feel we read their game style in a good way and let’s see if that’s true when we face them.”

“Brazil as a region has done pretty decent and I think that’s the region you need to beat. We have tons of respect for them and also w7m they haven’t like so known names, seems they have a similar story compared to us, and now they are just popping of and I think that game will be the game of the day. I think we are in the same pass, they have good gunners, we have good gunners, they have good supports, we have good supports. At the end of the day LAN tells who don’t have experience with that and you have to see who cames mentally stronger. When it comes to Brazil, we’re lucky enough to have an adaptable team and flex players that do what’s necessary and that will give to us leverage against them”.