Nesk talks about Liquid state, the Major final, and the future 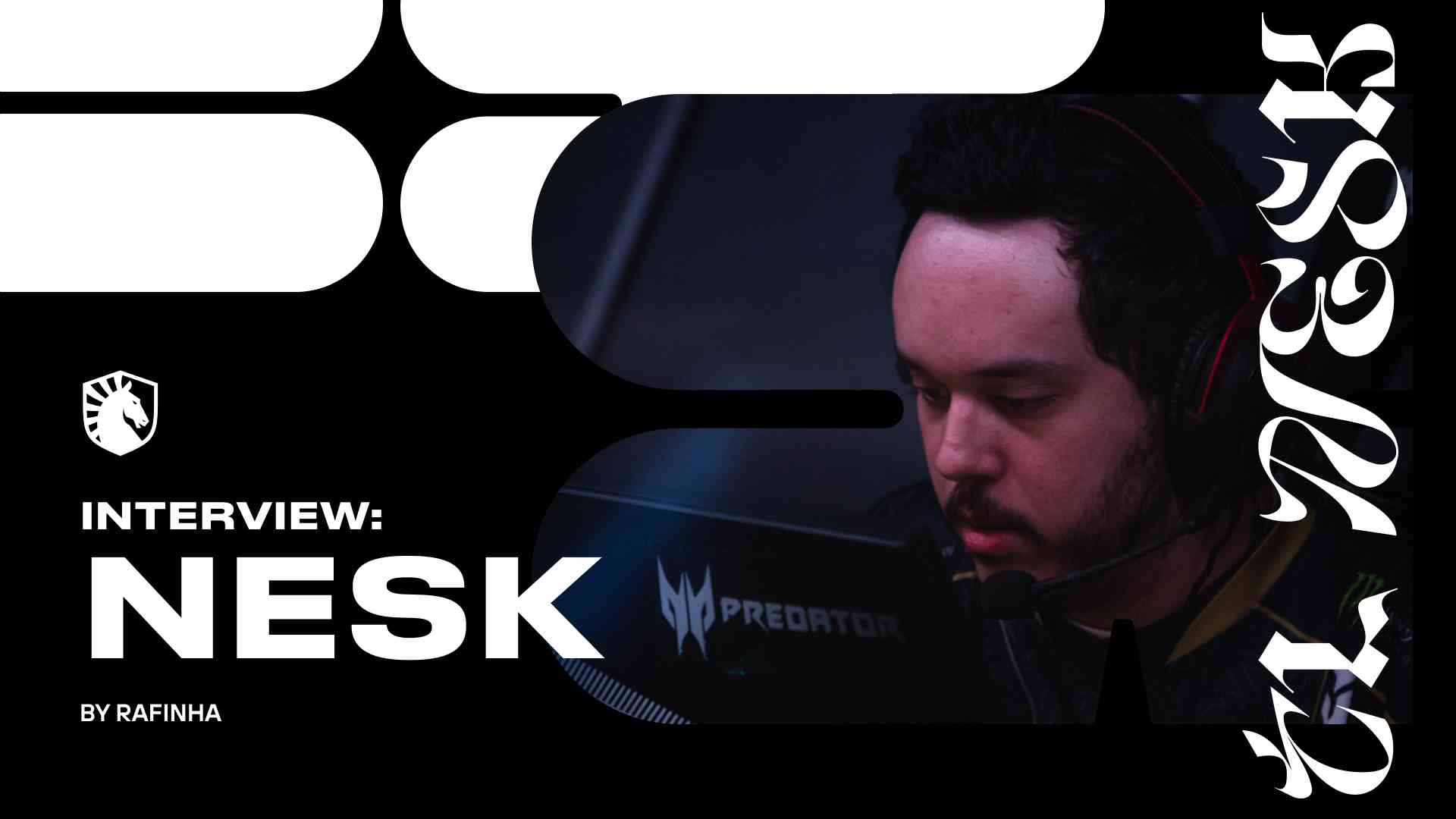 BLIX.GG had the opportunity to interview André “nesk” Oliveira about the recent Team Liquid times, Lorenzo “Lagonis” Volpi addition, the Major final, and the future.

Since 2018 in the team, Paulo “psk1” Augusto retired from the Siege competitive scene and Lagonis joined.

“We didn’t want to drop psk, it was him requesting to leave and retire from the competitive scene, he wasn’t capable to keep the routine. Initially, we didn’t want to do changes to the roster, we would fix our mistakes but then psk said that he doesn’t stay active in the roster. We were forced to change.”

The Major winner, Lagonis came from Team oNe to take the lead from the team and apply a new work philosophy to the roster.

“We had some names in the list as also Lagonis's name and we knew that with him joining the team, a lot of things would have to change inside the server. Some names would fit in the team and change only a bit in the team and then we had Lagonis. We chose him because he’s very professional and dedicated and what he adds to the team, I think it was the best choice we’ve could do.“

“Obviously we knew how dedicated Lagonis was and is, so we joke together that these three months together felt like three years as we worked very hard in that period. He took it to the max what we all can do individually and as a team. The day started earlier and finished later. After the BR6 games, we practiced and we watched VODs, so our routine was “heavy”.”

“That was a very important point that Lagonis brought up, all the players to have the same routine as him. Another point is his capacity to “turn the key” inside the server in the games and his decision power, which is very powerful because he studies a lot the game.”

“In terms of calls, who gives the final call is Lagonis but AsK still helps a lot in it as anyone in the team has, if someone wants to give a call everyone has the freedom to do it. I think his role change was very good for him, he can now show all the potential that he has.”

“AsK is a very aggressive player and we believed that he was in the wrong role. Being very aggressive, we believe that he couldn’t be the first supporter, so he turned into a second entry. He’s a very cool guy, he always searches that first kill for us.”

“It's always hard to change the role that you’re doing for all of your career, but he knew that his characteristics would ease his adaptation. He’s enjoying playing that in that role and he’s having fun.”

“I don’t know exactly because with all the rosters we had a very good peak, winning the Pro League with one roster, reaching a Six Invitational final with another lineup. It’s hard to say because of the meta, we think for this meta this is the best roster. I don’t think a roster was better than one, it was different times.”

A Pro League in 2018 was the last international title for Team Liquid and since then, the team achieved a Six Invitational final in 2021 and a Major final this year.

“It’s always important to win these titles, it’s a trophy that I don’t have, and I fight a lot to have it one day. Although, I know that we’ll never go to win all the time. Maybe this final left us with a bitter taste but we know that we worked a lot to win it and the roster has only been three months, changing four players' roles in the server. We’ve done a lot in a few times, I don’t think only as we lost the Major final, I think also that we still got able to reach the final. We won the BR6 over w7m, so I think our story is still in the beginning.”

“I don’t think it’s bad luck on our part, we still do little mistakes maybe due to nervousness. In this Major, we didn’t commit so many mistakes, but we still do some and it’s those details that sometimes make you win the tournament. We do our work with the psychologists, but we always face new situations in the game, so we’re always getting experience.”

In 2021, Brazil won all three international tournaments. Ninjas in Pyjamas won the Six Invitational, while Team oNe and FaZe Clan won the Six Majors. In another hand, in 2022, TSM won the SI, and DarkZero, Rogue, and Team BDS conquered the Majors. From one year to the next, Brazil went from dominance in international domination to not being able to win a single one. Nesk shares his vision about it:

“I think the other regions evolved with them betting in new talent which was very successful. FaZe still got able to achieve a Major final losing for minimal details and we also achieved a Major final. We had two European and two North American champions, so we didn’t get a region that dominated the whole year. I think we won’t have a year again with only one region dominating the scene.”

“My plan after my retirement is to stay as a streamer but I still want to play for more years like 3 or 2 years. I still love competing and doing what I do, so while I have that love I’ll keep doing this.”

“A Six Invitational and a Major, for sure.”