Persistence, promise and disappointment: NiP in the COVID era

With Björn "THREAT" Pers’ recent departure from the organization, Ninjas in Pyjamas have closed the curtain on three years of disappointment and inconsistency with a single title to their name.

The project developed around the return of the much-beloved coach and the painful end of Patrik "f0rest" Lindberg’s 8-year stint with the team has now officially come to an end.

The signing of young Ukrainian sniper Danyyl "headtr1ck" Valitov seems to match this sentiment, marking the start of a new period in the Swedish camp with the legendary organization attempting to return to the forefront of the competitive scene. NiP’s “COVID era,” as we will be referring to the period between January 2020 and January 2023, cannot be reduced to its lowest point and eventual end. The past few years have been just as much an era of disappointment as they were one of promise and marquee signings. 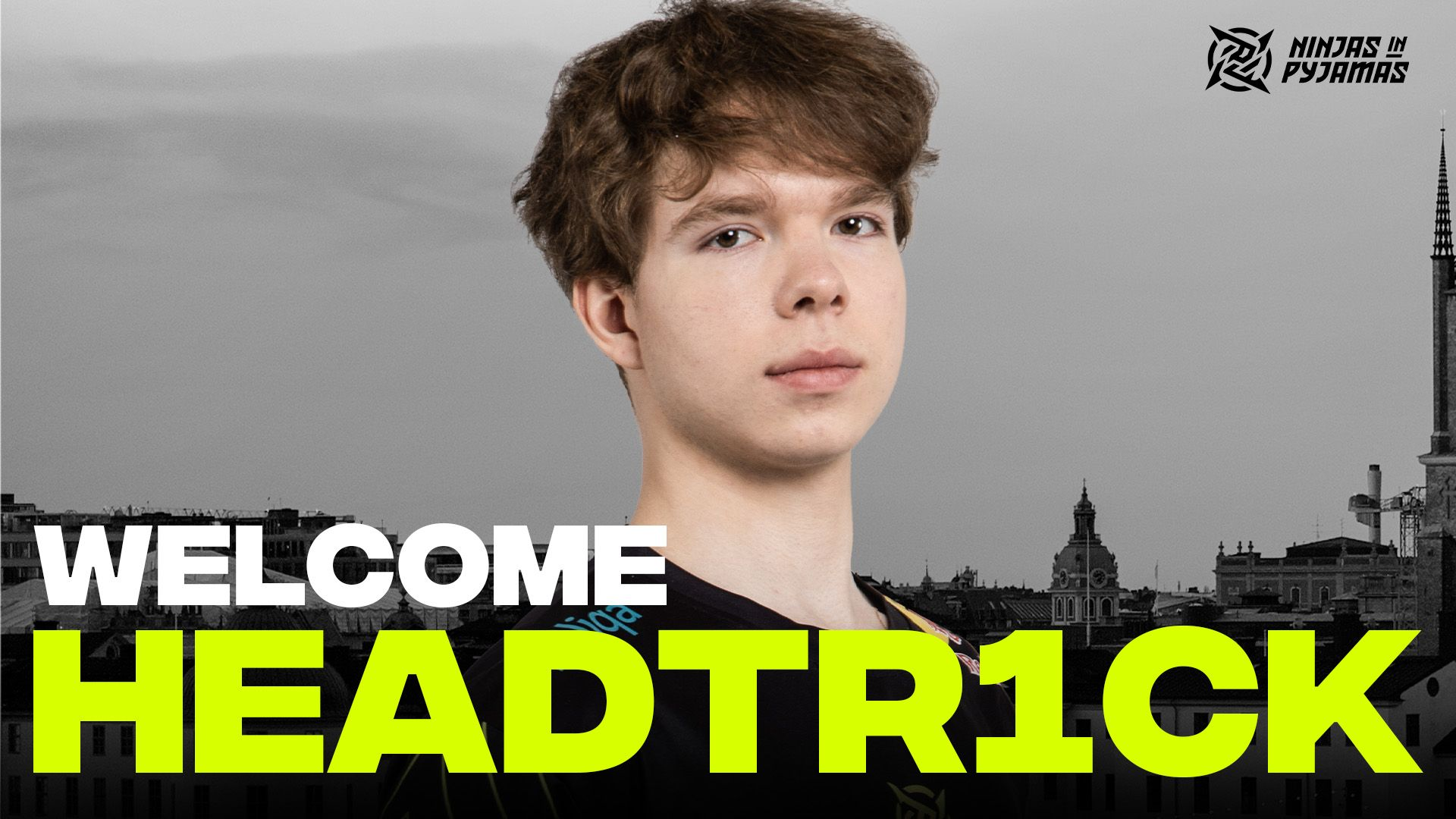 headtr1ck will face his first Tier1 outings with NiP in 2023. Copyright: Ninjas in Pyjamas

2020: nawwk’s inconsistency and the rise of Young Ninjas

After a 2019 well below expectations, with a second place at BLAST Pro Series Copenhagen as the team’s best result in premier events, NiP’s 2020 started on the right track with the signing of talented AWPer Tim "nawwk" Jonasson from GamerLegion.

The then-22-year-old had been a consistent performer in the lower tiers and was expected to join NiP rivals fnatic in late 2019, although a move never materialized. THREAT’s new project then seized the opportunity, gradually replacing Simon “twist” Eliasson on the Big Green over the year. A three-year contract extension followed Nawwk’s signing to Nicolas “Plopski” Gonzalez Zamora after the young prospect had performed admirably in his debut year.

The changes did not, however, have the much-hoped effect of returning NiP to consistent title contention. As the Counter-Strike scene adapted to face the pandemic, the Swedish organization recorded group-stage exits at IEM Katowice and ESL Pro League Season 11 Europe.

NiP thus took advantage of GamerLegion’s disbandment to acquire Hampus "hampus" Poser, with the 21-year-old taking over the IGL role previously occupied by Jonas "Lekr0" Olofsson. Hampus’ signing meant the team’s results improved, with multiple playoff appearances and a year-best top-four finish at ESL One Cologne. Nonetheless, a lack of firepower hindered the roster, further weakened by nawwk having to take an exhaustion-induced medical break in September. The young sniper would return to the active roster for DreamHack Open Fall, where Ninjas in Pyjamas again made it to the final four. Plopski was expected to be a driving force for the Ninjas in 2020. Copyright: ESL | Helena Kristiansson

Looking back, the last few months of 2020 are especially important for a series of announcements that shaped the course of the NiP roster over the following two years. THREAT signed a new three-year deal in November, proving the organization’s commitment to his project.

Throughout December, on the other hand, NiP unveiled the “Path of a Ninja” talent development program and its successor, the Young Ninjas academy roster, signing Erik "⁠ztr⁠" Gustafsson as its first member. The program would become a resounding success, and the Young Ninjas model developed by THREAT and former 1.6 star Frederik "⁠JAEGARN⁠" Andersson helped spark the academy team “craze” of 2021.

Despite this, a last-place finish at CS_summit 7 was the final straw for the main quintet. It was not surprising to see Simon “twist” Eliasson on the chopping block, but the decision to field ztr as NiP’s fifth man at BLAST Premier Spring Groups would mark the start of a new phase.

The Ninjas would struggle in the first quarter of 2021, but a nawwk-inspired run at ESL Pro League Season 13 resulted in another top-four finish. It would be the Swedish sniper’s swan song, as on April 23, 2021, NiP unexpectedly announced the signing of Astralis superstar AWPer Nicolai "⁠device⁠" Reedtz, a true statement signing which embodied the organization’s drive to return to the top of Counter-Strike. The Danish sniper, a driving force in Astralis’ 4-time Major champion core, was expected to “activate all four players to a different level”, in the words of NiP CEO Hicham Chahine.

The new roster debuted at Flashpoint 3, losing 1-2 to Polish side Anonymo in a now-infamous match that had to be replayed due to unsolvable routing issues. NiP won the rematch and subsequently eliminated BIG, Heroic, and G2 before falling in the final to a Christopher “dexter” Nong-led MOUZ team. That would however be ztr’s last even with the lineup, with the non-performing youngster replaced by Young Ninjas member Linus "⁠LNZ⁠" Holtäng in June.

As the first half of 2021 ended the Gambit - NaVi rivalry started to become a recurring sight in finals, leaving a Device and Fredrik “REZ” Sterner-powered NiP behind. The team failed to make playoffs at IEM Summer and IEM Cologne and suffered a disappointing loss to OG in the quarter-finals of ESL Pro League Season 14. Device’s performance in this transitional period was heavily scrutinized, as the sniper failed to be the difference-maker NiP fans had hoped. This would change in late September when the Danish star showcased his full potential in a group win at BLAST Premier Fall. Device brought the same level of play to the next tournament, IEM Fall, where NiP demolished fnatic, FaZe, Movistar Riders, and Vitality to reach their second final of the year. An on-the-rise ENCE team featuring Lotan “Spinx” Giladi was no match for the undefeated swedes, who triumphed 3-1 with device claiming his 19th HLTV MVP medal.

The IEM Fall title marked the first event won by NiP since their back-to-back at IEM Oakland in 2017. After a year of mediocre performances, even when relieved of some of his calling duties, Hampus also transformed into an aggressive Tier-1 threat, capable of shutting down even the highest-ranked opponents. Even if LNZ’s inconsistency raised doubts, all of the pieces necessary for NiP to shine seemed to have been found.

However, as history has proven, that wouldn’t be the case. Hailed as a potential title contender for their home Major, the PGL Major in Stockholm, NiP would crumble as quickly as they had risen. Starting their run in the Legends Stage, NiP recorded one-sided losses to NaVi and Gambit and squeaked through to the playoffs with a narrow 2-1 win over tournament cinderella team Copenhagen Flames. A fairly clean 2-0 saw G2 move past the swedes in the quarter-finals, marking the end of LNZ’s time on the roster.

His place would be taken by Patrick "⁠es3tag⁠" Hansen, who had failed to replicate his Astralis form in struggling Cloud9 and Complexity teams. Although the acquisition wouldn’t change the Swedish identity of the team, with es3tag committing to learning the language, COO Jonas Gundersen was clear about prioritizing competitiveness over a Swedish quintet. The team hit the ground running at IEM Winter, qualifying for the semi-finals thanks to an inspired device, but health issues sidelined the superstar for the remainder of the tournament. Unbeknownst to everyone, the danish sniper would never wear the NiP jersey in an official match again. 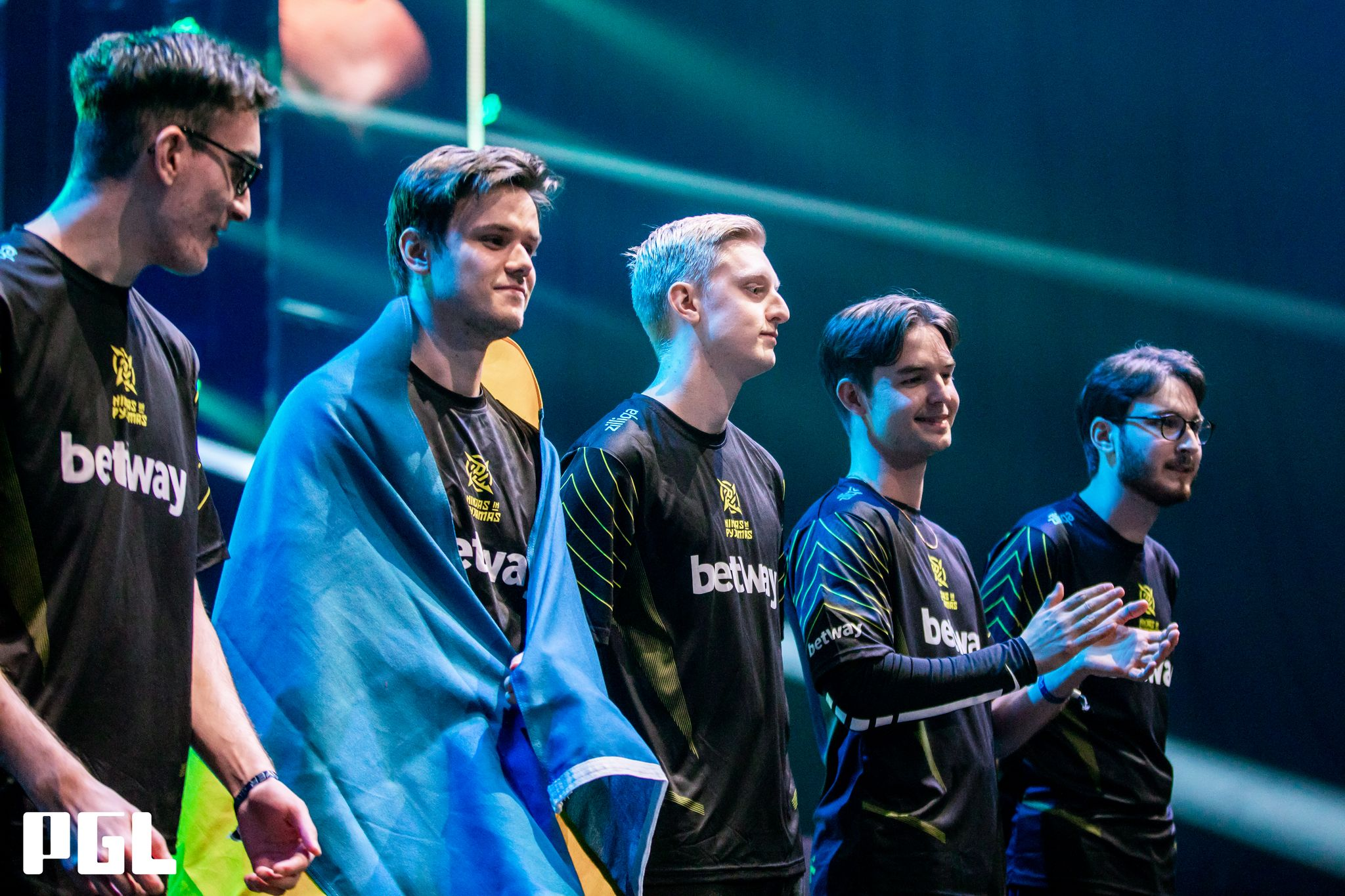 Amidst rumors of a device return to Astralis, communication issues, and THREAT’s transition to a technical director role, Ninjas in Pyjamas ended the year with a last place at the BLAST Premier World Final. 2022 started with the addition of Daniel "⁠djL⁠" Narancic to the coaching staff, as NiP continued fielding Young Ninjas AWPer Love “phzy” Smidebrandt in disappointing campaigns at the BLAST Premier Spring Groups and IEM Katowice. The team would rebound at ESL Pro League Season 15, as it had become customary, achieving a semi-final finish thanks to a stellar REZ.

Another roster change would then hit NiP, with phzy making way for the marquee signing of Ludvig “Brollan” Brolin, who left fnatic after four years during the organization’s transition to an international roster. The decision to face Plopski and es3tag’s struggling form by adding another rifler left many experts perplexed, as did the choice to give the Dane full-time AWPing duties.

After a mediocre showing at BLAST Premier Spring Showdown, the roster showcased its potential in Antwerp for the PGL Major by defeating Vitality, Cloud9, and FURIA for a spot in the top eight. NiP would come the closest to defeating the eventual champions, FaZe, recording a 1-2 loss in a tight series. Es3tag’s struggles meant the team would return to its usual placements, missing the playoffs at IEM Dallas, IEM Cologne, and the ESL Pro League S16. With the roster unable to break its slump in big events, another unexpected change took place: the Ninjas acquired Finnish IGL Aleksi "⁠Aleksib⁠" Virolainen, who G2 had benched in August after a disappointing Cologne campaign.

The former ENCE mastermind replaced Plopski in an attempt to capitalize on Hampus’ individual growth. REZ would also take on the “Big Green” for the Swedish organization, a switch that appeared forced even to the casual audience. 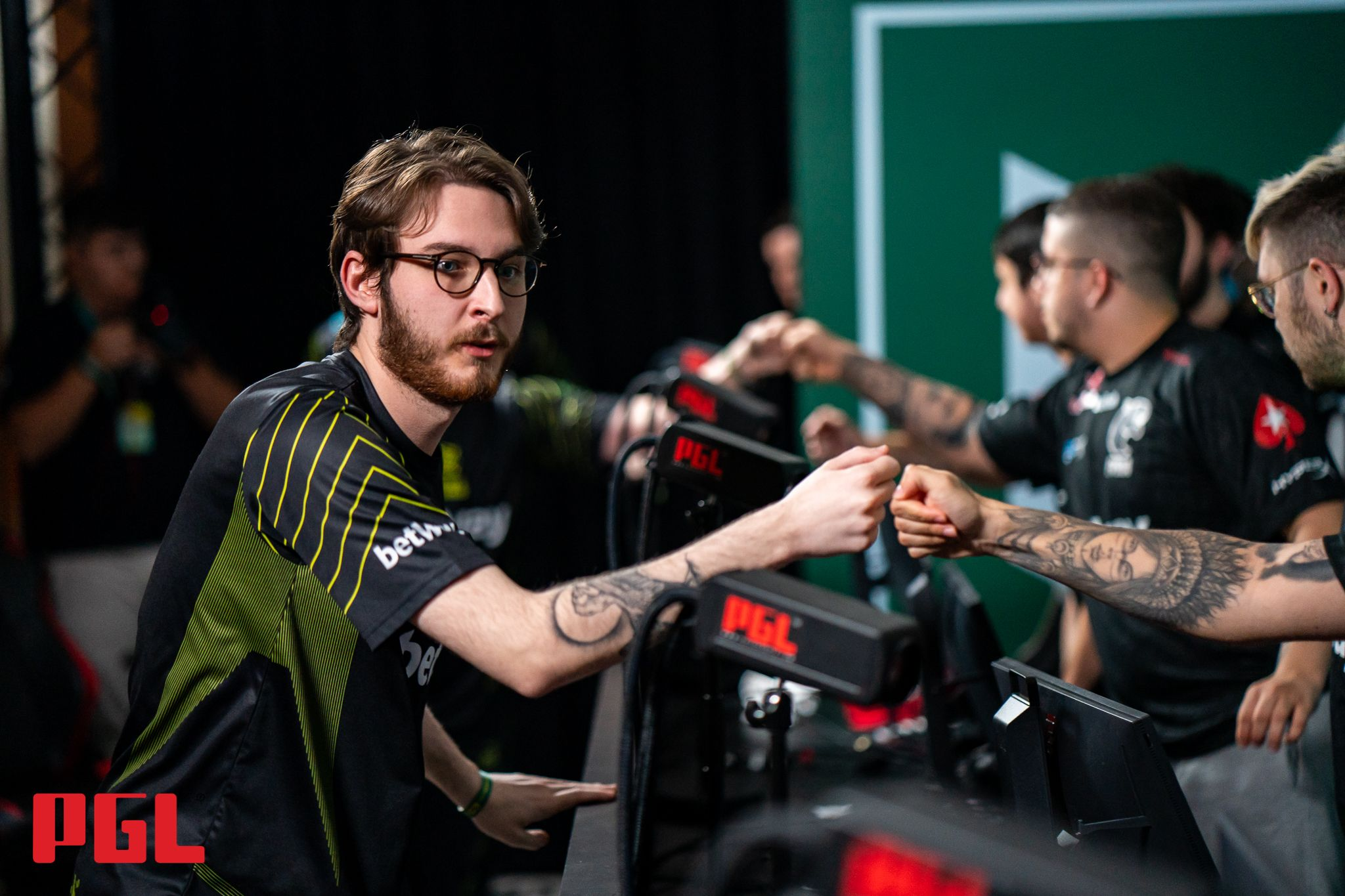 The Antwerp Major would be the bright spot in a tough 2022 for NiP. Copyright: PGL | Luc Bouchon

The change had no effect on the team’s performances, with NiP crashing out of the Rio Major following losses to fnatic, eventual champions Outsiders and Sprout. Post-tournament interviews highlighted a potential clash between Hampus’s loose calling style and Aleksib’s structure and protocols as a potential reason for the result while pointing the finger at minor communication issues.

Time seemed to help the Finnish IGL, with a top-four finish at the BLAST Premier Fall Final in November, including a convincing win over NaVi. However, with the team missing out on qualifying for the BLAST World Final, es3tag found himself removed from the active roster. On the 9th of January 2023, NiP announced the talented Daniil "⁠headtr1ck⁠" Valitov as his replacement, acquiring the NaVi Junior AWPer as G2 had done with Ilya "⁠m0NESY⁠" Osipov the previous year.

2023: A new identity realized and clear goals in sight

The change is relevant first and foremost because it marks a clear commitment to an international roster, possibly an inevitable outcome considering the current state of Swedish CS:GO. Once the most prominent nation at the very top of the competitive scene, Sweden found itself without any real representative outside of NiP in high-level events for the first time in its history. Outside of an ill-advised return of William “draken” Sundin, the Ninjas had no choice but to look elsewhere.

On the other hand, headtr1ck’s signing also embodies the path the Ninjas have chosen to take since the tail end of 2020, one of youth and development. NiP’s management, although often at fault for confusing and opportunistic roster moves, has shown confidence in the potential of prospects with little to no competitive experience, who are expected to shine alongside established Tier-1 players. Where ztr and LNZ filling the gaps, felt more like a necessity than a choice, however, headtr1ck could realistically become another example of an academy talent proving themselves in a superior level of competition.

It’s hard to determine what the future holds for NiP, one of the most beloved brands in CS:GO history, which was capable of transcending its identity to try and reach new heights, as first represented by the signing of Aleksi “allu” Jalli in 2015. Striving to always emerge at the top of such a competitive and fast-changing industry is an extremely difficult endeavor, and NiP has never accepted wallowing in mediocrity.

The expectations for the Ninjas will always be the same: to build a roster capable of matching, if not recreating, the consistency shown at the highest level during the first years of Global Offensive. While it’s hard to anticipate NiP challenge for big titles right out of the gate, if heatr1ck can perform, the Aleksib-led roster has no evident weak link and may have all the necessary requirements to rediscover a long-lost winning culture.