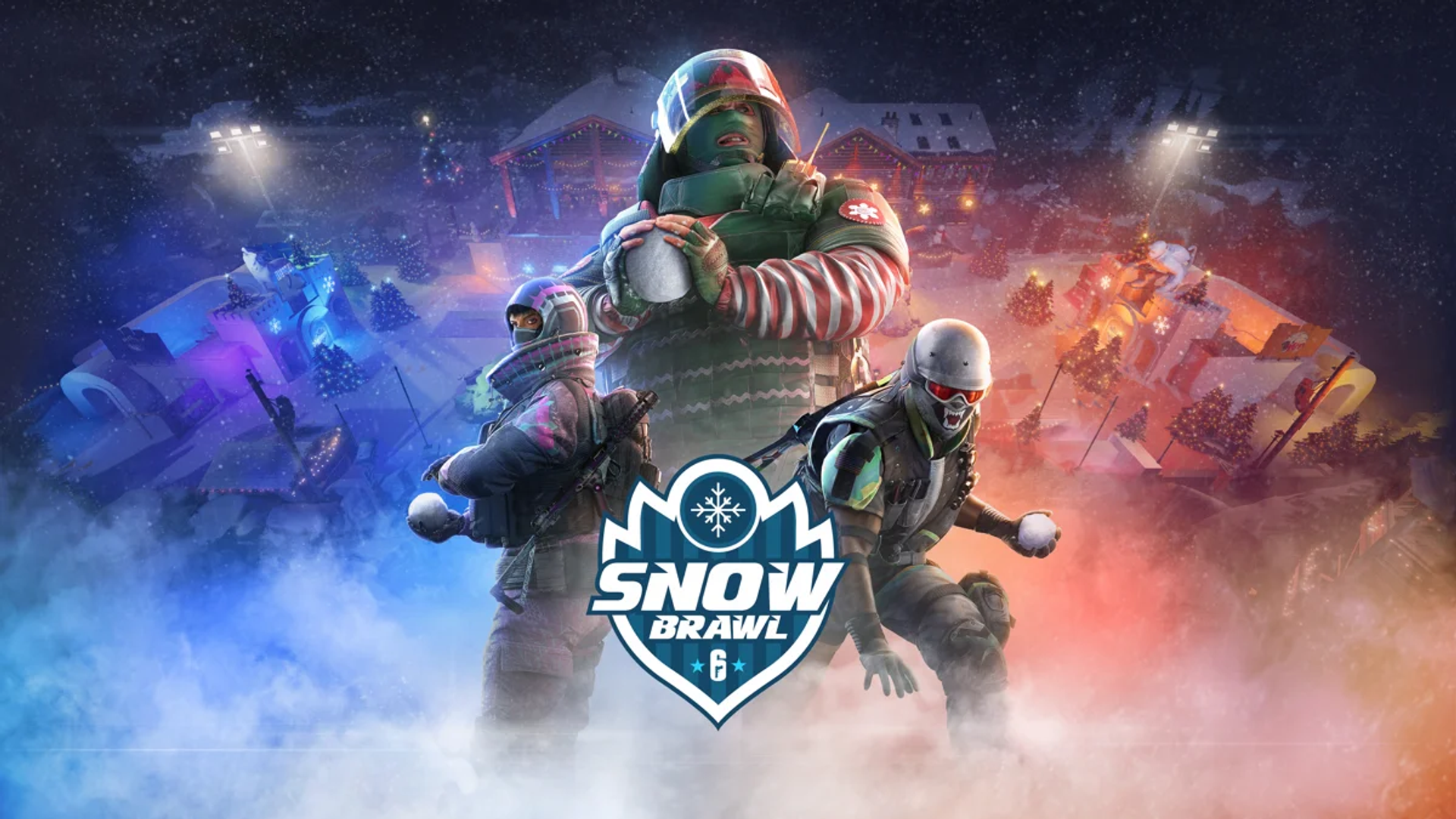 Christmas is close and it’s right around the corner, which means Rainbow Six Siege will hopefully be releasing another Christmas-themed event for players to enjoy. We're very excited to see what the upcoming event might end up being. There's been some hints on Twitter recently talking about there being “enough snow outside”. Could this mean yet another year of Snow Brawl? If that's the case, would be very welcome by the Seige community!

Looking back at the past winter event Rainbow Six has delivered us, we think that this is the perfect opportunity to highlight what we've already had from in past events. And what we'd like to see if it runs this year!

Snow Brawl was the first-ever international snowball game mode, and it's known for its winter theme on Rainbow Six Siege. The mode was released on December 14, 2021, just in time for Christmas, and was available until January 4, 2022. The aim of this game mode is to capture the opposing team's flag and secure it on the other side of the map without being hit by a snowball. But don't exxpect your typical weapons and loadouts, as you can only use snowballs or a snowball blaster! Being hit three times by a snowball meant you had to restart at spawn as you were killed by the opposing team. Although admittedly, sometimes aiming with snowballs can be harder than aiming with your usual weapon, it's always fun to experience the new game modes Rainbow Six have to offer. Especially when it’s a limited-time event.

Last years map layout was extremely festive looking. Covered in many different colors of Christmas lights, perfectly placed Christmas trees scattered around the map floor — as well as topping them off with an illuminous Christmas star representing the season.

Snow was smothered everywhere around the map from the ground all the way up to on top of the roofing on the buildings. Multi-colored banners hung from beam to beam, reindeer in every corner you could look at, and glowing snowflakes placed on the frosty brick walls. The map was perfect for representing Christmas!

Not only did last year's event show off a stunning Christmas map, it also included the Snow Brawl Christmas collection bundle alongside. Which had plently inside for players to have fun with too. The bundle included various weapon skins, operator skins, headgear, weapon charms, accessories, and operator card portraits. Plus, there was a total of an amazing 45 wintry-themed different types of skins to pick from, all of them unique in their own way, featuring different patterns and colors.

(We're hoping they'll have more Rainbow 6 Siege Christmas skins in store for us this year!)

You can use the skins with the operators that participated in last year's Snow Brawl. The operators are split into both Orange Blizzards and Blue Blades. The team Orange Blizzards introduces Ash, Blackbeard, Buck, Montagne, and Osa, whereas Blue Blades introduces their team, Castle, Frost, Rook, Thorn, and Vigil. To add extra fun to the game mode, Ubisoft added special power-ups that would determine how you would play once you received one. The power-ups that could be found around the map were: speed boosts, increased rate of fire, air jabs, and health pickups. The whole of the Snow Brawl collection was able to be playable by either completing season event challenges, or you could have purchased it for 12,500 Renown.

After looking back at Snow Brawl 2021 and what it had for us to take part in back then, we'd like to list a few different things we'd like to see return and what we're hoping for this year with Snow Brawl, 2022.

If Snow Brawl does make a comeback, we think it'd be a nice idea if they reintroduced the Chalet map, as it really did bring out the perfect Christmas look for the event.

The pure, white snowfall on the exterior contrasting with the warm, cozy fireplaces and fuzzy blankets on the interiors — it's sure to always bring that fuzzy feeling of delight and nostalgia for Christmas! Everything about the decorations last year was amazing. From the lights and banners on the buildings, to the snowmen and Christmas trees on the ground. Needless to say, we're very intrigued to see how things might change this time around! 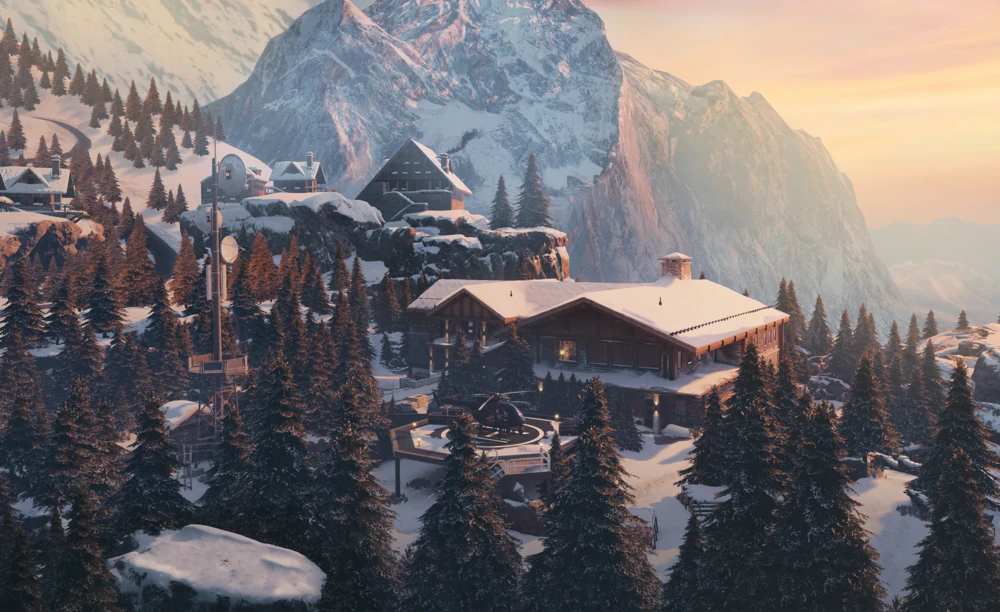 We definitely expect to see the Snowblast launcher make an appearance again this year. It was the perfect secondary weapon for putting you and your teammates in an uplifting mood as you use it for the ultimate, international snowball fight to capture the flag.

We'd also expect to see some of the skins return, whether that be weapon skins or operator skins, (especially for those who didn’t get the chance to purchase them last time.) As well as some old skins possibly returning, we'd also like to see some new, unique operators making an appearance this year. Bringing new weapon charms, accessories, and attachments to add that extra frosty detail would be another thing which we'd love to see in the next edition of Snow Brawl

We're ready to see what Rainbow Six Siege has to bring to the table this Season! After speaking a lot about what Snow Brawl is we hope it will make a return, not only was the scenery was extraordinarily beautiful, it was loads of community fun. For now, we'll keep waiting patiently until something has been announced for this season. That's it for our expectations for Rainbow Six this year.

We'll be sure to keep you updates with the latest news about the R6 Snow Brawl event for 2022. From everyone here at BLIX.GG, we're wishing those who celebrate a safe holiday season and a merry Christmas!