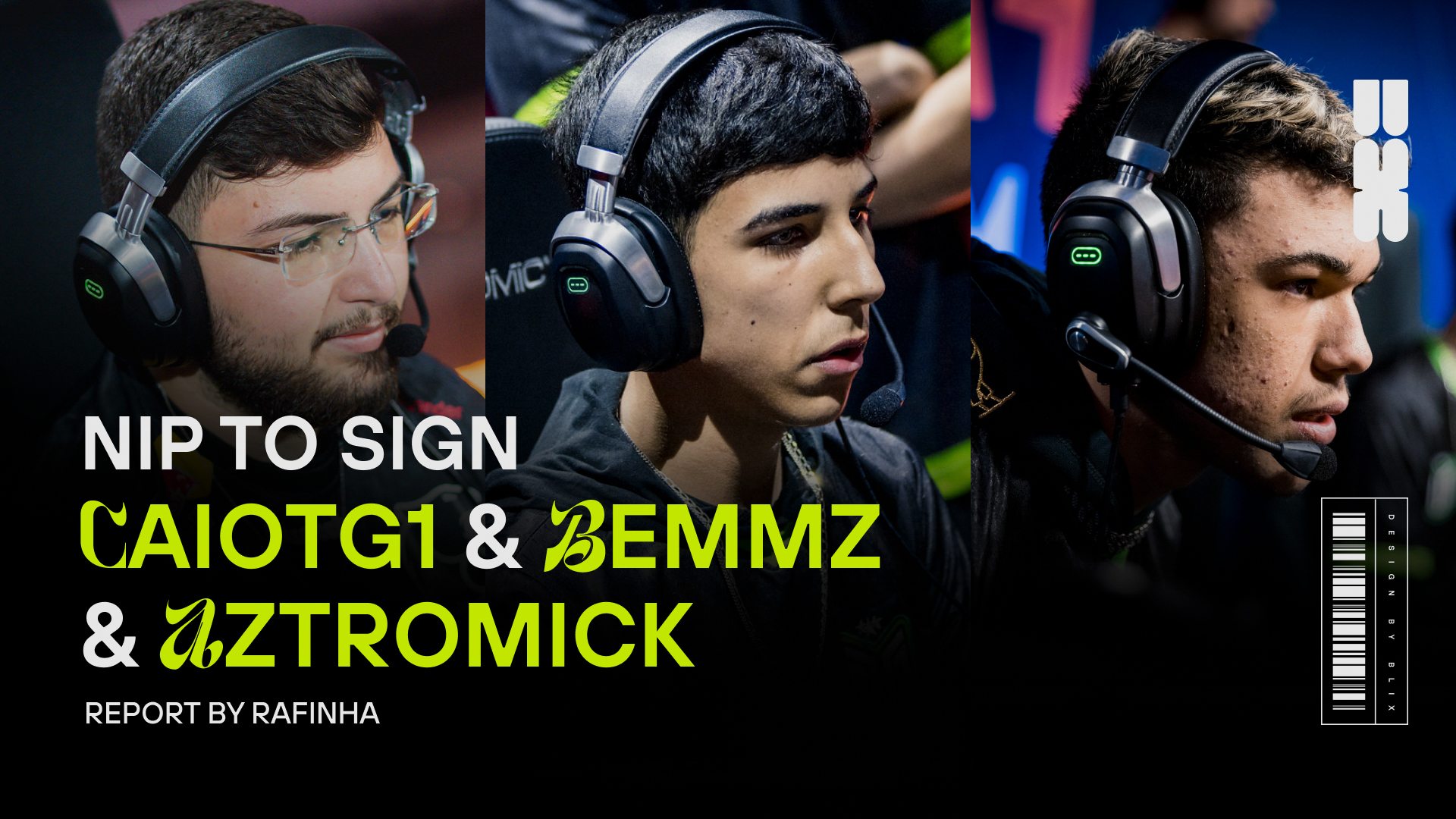 A huge turnaround in the rosters in SAM in the last hours. As reported before, Luiz “AztromicK” Gomes and Bernardo “Bemmz” Siqueira from The Club were really close to joining KRÜ Esports to play with Arthur “drufinho” Miguel.

According to sources, Caio “CaioTG1” Vinicius will team up with The Club duo and is close to a deal to represent Ninjas in Pyjamas, a Swedish organization with World Champion titles in Counter-Strike and Rainbow Six Siege.

All the rosters seem to find a definition but the return of Caio “CaioTG1” Vinicius to SAM stirred the whole scene and all rosters. Since the Caio arrival, all the players were expecting to see what lineup the benched FURIA player would choose to team up with, joining a project or building a new one.

NIP will consist of: