Experienced yet full of youth, a champion in Charlotte but outside the last two Six Majors. Let’s see how DarkZero arrived at this Six Invitational.

The organization entered Rainbow Six in 2019 and acquired the former SK Gaming lineup of Matthew "Hotancold" Stevens, Sam "Jarvis" Jarvis, Kyle "Mint" Lander, Zachary "Nyx" Thomas, Owen "Pojoman" Mitura. This team competed in qualifying for the Six Invitational in 2019 but ended up missing out after losing to Disrupt and then in the lower bracket to Excelerate (Matthew "Achieved" Solomon’s team who currently plays for TSM). It was not the best of starts for the organization in Rainbow Six, but it was soon to change.

In 2020, the team qualified for the Invitational directly, by guaranteeing their place through the finals of the Pro League Season 10 in Japan where they were automatically classified for the Six Invitational of 2020. It is worth remembering that in Pro League Season 10 DarkZero lost in the final to the NaVi, which featured Ben "CTZN" McMillan, who is now a Soniqs player.

From the starting lineup in 2019 to the Six Invitational lineup there was a big change, with only Mint and Hotancold remaining on the roster. Rounding out the lineup was Tyler "Ecl9pse" McMullin, Paul "Hyper" Kontopanagiotis and Alexander "Skys" Magor.

2020 and their first Six Invitational appearance

Their Group in 2020 was very difficult. It had Fnatic who were one of the best teams in APAC, Faze Clan that everyone knew had huge potential as well as having a great Six Major in Raleigh a few months before and finishing the group, the then Six Invitational runner-ups and Major Raleigh champion, Team Empire. As said, it was a very strong group and with a great performance, DarkZero beat Faze Clan and Team Empire, ranking first in what would be considered a Group of Death. In the Playoffs, they eliminated BDS, but fell to lower after suffering a defeat to eventual champions Spacestation. They then proceeded to lose again to the team that would be runner-up, Ninjas in Pajamas. Considering the teams DarkZero faced and this being their first Six Invitational, it was a good performance.

For the Six Invitational 2021, Matthew "Hotancold" Stevens was out and Nick “njr” Rapier was in. In this tournament, the team ended up performing below expectations. In a format that involved 10 teams in each group, with 9 MD1 games, DarkZero had 4 wins and 5 losses. The idea was initially for the teams from Group A to face the teams from Group B but as it was a tournament during the pandemic, there were setbacks, and this meant two teams from Group B did not participate (Virtus.pro - EU and Wildcard - APAC). With that, DarkZero and Furia were set to face off, being the only confrontation in the playoffs between teams from the same group and this was elimination, as DarkZero were already in the lower bracket. Furia took the victory and DarkZero said goodbye with six defeats and four victories in the competition. 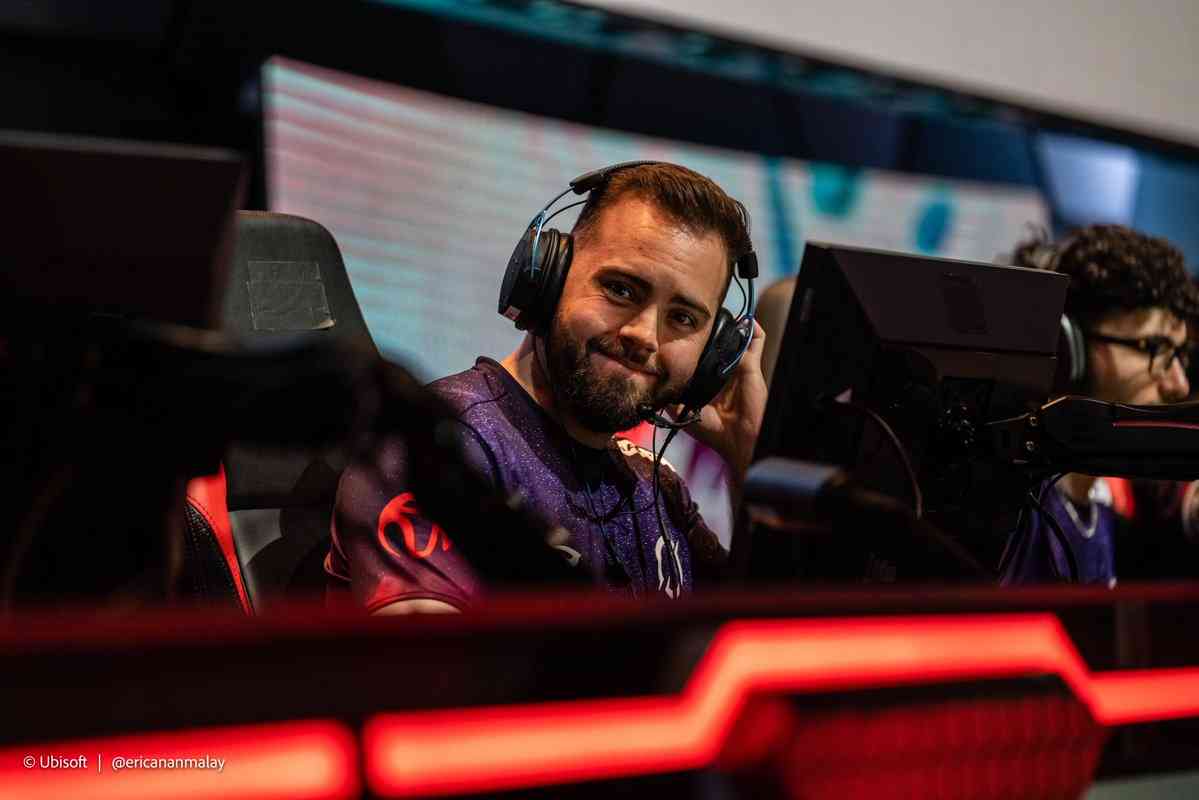 For the Six Invitational 2022, Mint (Now the Coach of DarkZero) & Skys were out and Roberto “Panbazou” Feliciano and Troy “Canadian” Jaroslawski were in. A big change from the lineup as Panbazou was treated as a potential star in Siege and Canadian was already the biggest Six Invitational finalists and one of the biggest winners too, (in 4 years, he played 3 finals and won 2). The change, however, did not have such an effect in this Six Invitational, where the team placed fourth in their group, which guaranteed a direct place for the Lower Bracket. They managed to survive the test of two teams (NaVi and Furia, which were once again from the same group), however, being in the Lower Bracket, there are no second chances and the team ended up being eliminated in the next game against Faze Clan.

This season the team started very well. They won the Six Charlotte Major, after classification in the last round against Spacestation and in the Group Stage they had to eliminate W7M and Heroic, in addition to forcing G2 to settle for second in the group. In the Playoffs, something common for DarkZero, was difficult games. They beat Team oNe, Team Liquid and Astralis by one map difference in all of them, being the organization's first international tournament win in Rainbow Six: Siege.

After this title, DarkZero ended up being left out of both Major Berlin and Major Jönköping, which causes concern among fans but we spoke with Nick "njr" Rapier about the differences with DarkZero, which was left out of the last tournaments and the DarkZero who will play at the Invitational: "We’ve completely overhauled our team environment, essentially put in much more effort to mesh and be more of a collective unit". 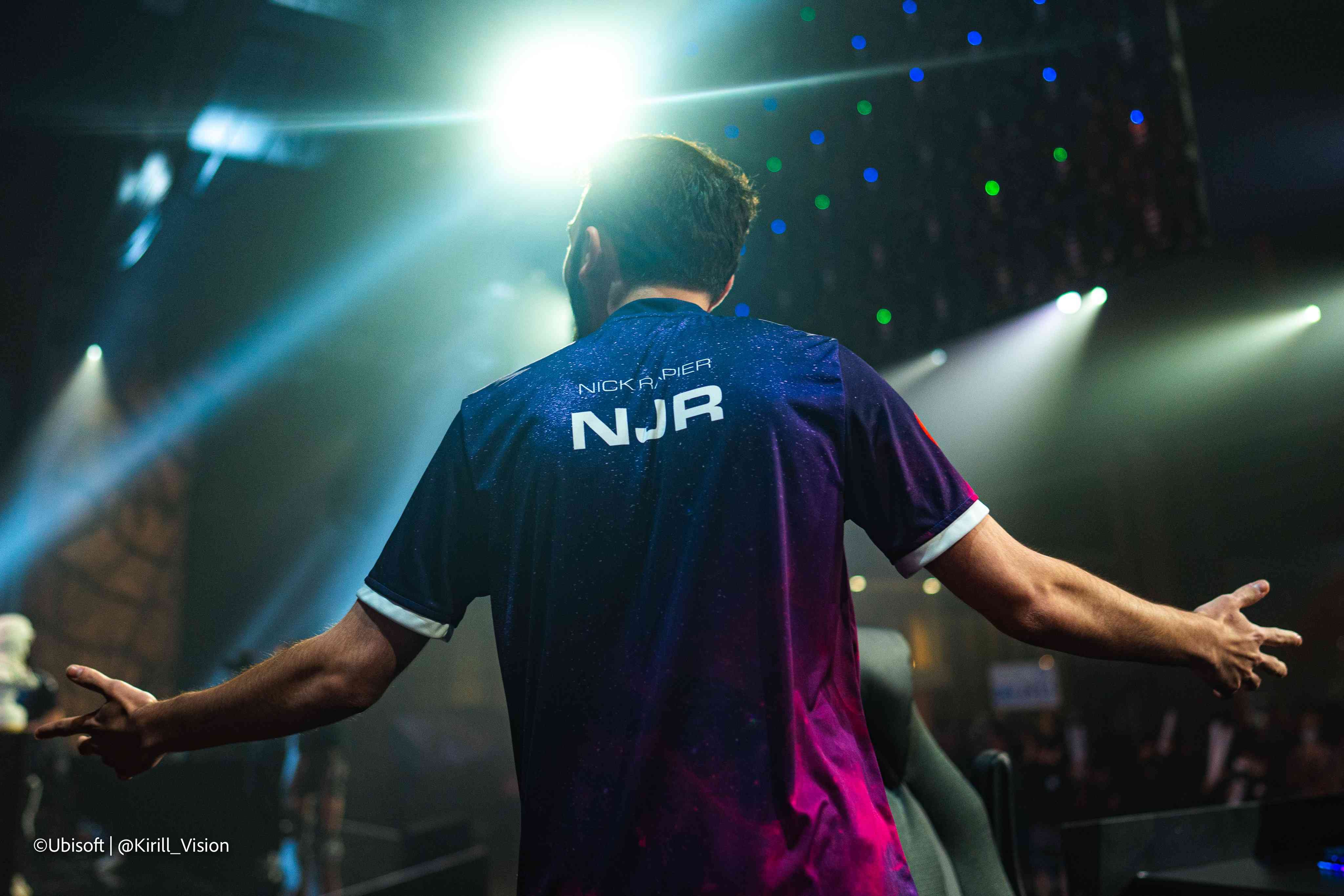 The participation of a player as big as Canadian is noticed in a team, and njr comments on this partnership with the Siege legend “Other than it being kinda surreal to think about playing with someone I’d been a fan of for so long and this being my second Invitational with Troy excites me because I know what his level of leadership does to a team and it’s almost comforting in a way”.

According to the player, the team's biggest obstacle for this competition is the team itself: “Our biggest obstacle is ourselves as it’s always been I’d argue, I don’t think there’s a team in Siege we couldn’t beat on any given day and it all just comes back to how well we’ve prepared and how badly we want it and I think we’re really headed in the right direction in this aspect". And now the team has the return of the Skys (along with Leonardo “Astro” Luis, player for FaZe Clan, the only ones to play ALL Six Invitationals to date) and the signing of young promise Gaven "Gaveni" Black.