The first SI for some, and a world champion — W7M's team arrives with an ideal mix for the tournament.

The organization will play its first Six Invitational in history. They arrived at Rainbow Six in 2020, and the starting lineup consisted of Dimas "Panico" Abreu (Retired), Igor "freezao" Silva (Currently Black Dragons coach), Guilherme "Guii" Oliveira (We have no information after leaving W7M), Pedro "pdr1n" Oliveira (The last team we know of was Team Singularity), Gustavo "HerdsZ" Herdina (the only remnant from the first lineup).

Since the roster doesn't have much of a history at the Six Invitational, let's get to know the history of W7M’s players.

The Player played his entire Tier 1 career for W7M, overcoming every moment with the team. The year 2021 was challenging for W7M, where they placed 10th in the first two stages, and in the last week of the third stage, the team achieved miraculous points that took them out of the Relegations zone. The player has a solid identification with this organization.

Competing for the rookie of the season award, the player has just arrived at Tier 1 of Rainbow Six. Between 2020 and 2021, he participated in Tier 2 lines such as Isurus and Golden Kids (where he played with Wizard, now a Ninjas in Pajamas player, and with Florio, now a Magic Squad player).

For many, the highlight of W7M. In tier 2 he played for some time at Vincit (where he played with pzdd, former Ninjas in Pajamas player, and BmH, a former Furia player). The player arrived at W7M and things started to change: the team that until then had ranked 10th in both stages with 5 wins and 13 losses in total, achieved important victories to finish the third stage and also the general classification in 9th, in addition to of reaching the final of the Copa do Brasil for the first time, but lost to Black Dragons by 3-2.

Another contender for the rookie of the season award. In tier 2, the player played for some time for Team Singularity (playing with ZaaK, now in Tropicaos, GdNN1, who even re-edited the duo in W7M, but now plays for Magic Squad, and also with hugzord, who today is the coach of Team Liquid), where they managed to reach second place in the competition, eliminating the INTZ team, and even the ICM that had the current team partner, Kheyze. He joined W7M earlier this year, along with Jv92, and they were part of the growing organization. 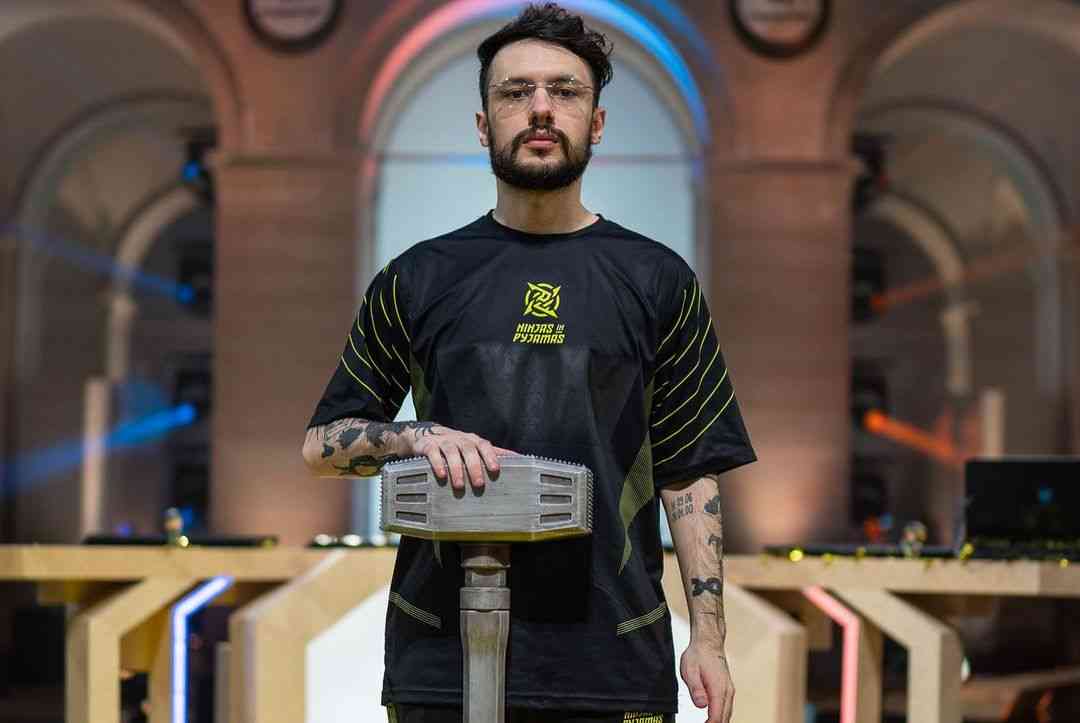 Julio with the Six Invitational trophy in 2021

Julio has already played in 5 Six Invitationals, only being left out of the tournament in 2017. In 2018 he played for Black Dragons and lost in the semifinals to Penta, in 2019, as Ninjas in Pajamas, they fell in the group stage. Already in 2020/2021 with Murilo "Muzi" Moscatelli, Gustavo "Psycho" Rigal, Gabriel "Pino" Fernandes e João "Kamikaze" Gomes, the team lived the best moments of a Brazilian team in Six Invitational, with 2 consecutive finals, being champions in 2021. In 2022, the team qualified for the playoffs but fell without winning a game. Julio even retired and became a coach (He worked at Fúria), but it lasted only 1 season when he received an invitation from W7M.

Today the team has the experience of a player of this level, captain Herdsz commented on the importance of the player in the team: “Julio adds a lot to the team's emotions, as he tries his best to have us calm and deal with the circumstances we face during the championship, and especially to put us up when something is not going as we planned.”.

In the first stage of the season, the team won BR6 with 8 consecutive victories, losing only in the last round to INTZ. He managed to secure second place in the Elite Six, and the Major in Charlotte is not a very happy memory for Brazilians. It is worth remembering that together with Team oNe and Furia, W7M was unable to finalize the visa process for all players to enter the USA and compete in the tournament on equal terms, so the alternative was to play improvised in the structure of Ubisoft in Mexico, having several problems considering that it was not something planned. The team ended up stopping in the group stage.

With one more defeat, the team finished stage 2 of br6 again in the first place and with leftovers, and again lost in the final of the Elite Six, guaranteeing second place in the competition. In Berlin, under equal conditions, the performance was different, winning 5 of the 6 games and passing first with ease, in the playoffs a great opponent, Elevate, and in the overtime of the 3rd map, W7M managed to guarantee the classification, but in the semis lost to Faze Clan.

In stage 3, with the entry of Julio in place of Gleidson "GdNN1" Nunes, the team ended up having difficulties at the beginning, since the classification was not with as much surplus as in the previous stages, but it came, and this time the title of Elite Six too. Over time, the team's improvement became clear, especially with the great classification in what would be the "Group of Death", with Spacestation (NA) and Team BDS (EU), but W7M did not care and passed with an incredible 6- 0, without even having a game go to Overtime. In the playoffs, the team eliminated Black Dragons and then stopped at Team Liquid in an incredible game on the Villa map, which even went to overtime. 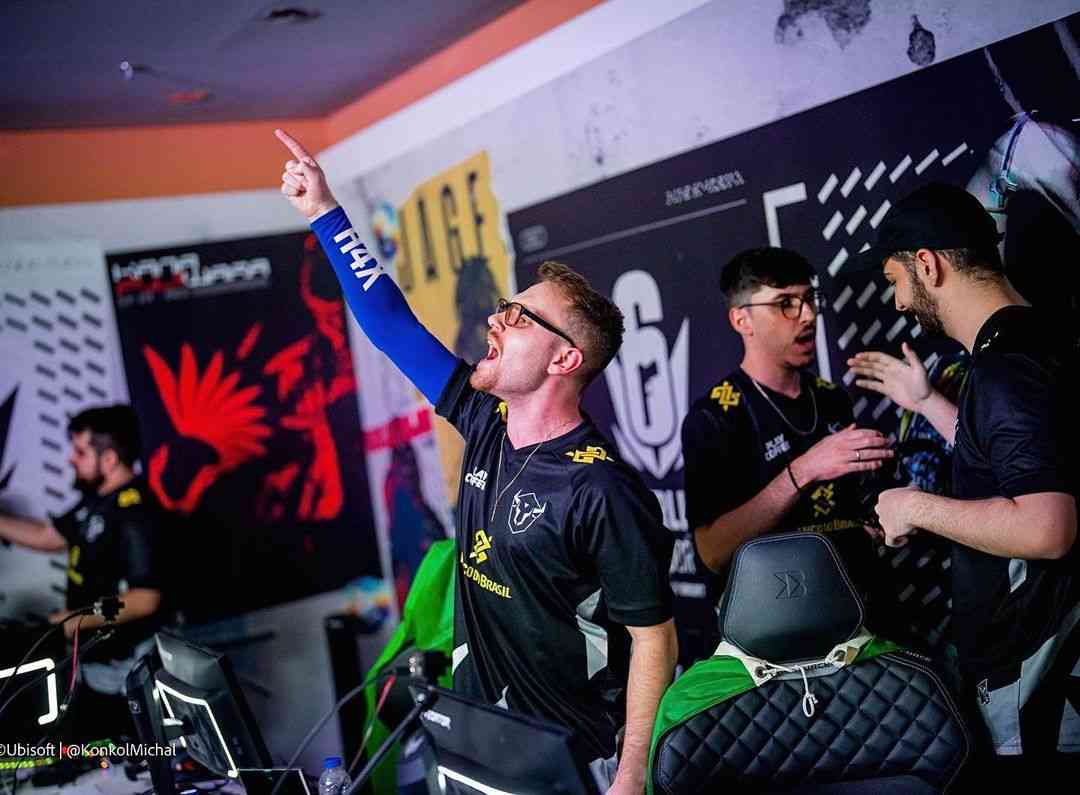 The team celebrating after a victory at the Six Major Berlin

Even with the improvement, the organization still hasn't been able to play in the final of an international tournament but dreams of that moment at the Six Invitational. Captain HerdsZ commented on the team's differences throughout the year for the Invitational: “We have changed many strategies and, we are paying the most attention to the team's emotions to make fewer mistakes and pay more attention to details in these decisive games.”.

The team has been constant, and this draws the attention of the other teams who start to observe their work even more, HerdsZ comments on not letting the opponent 'enjoy the game' against them: "The biggest obstacle for us is to be careful not to lose control of the match, especially when it is 'in our hands'. We don't want to let the opponent enjoy the game at any time in this Six Invitational".

The Six Invitational starts on February 7 in Canada, with broadcast on official Twitch and YouTube channels.