STC Comp: “I think EU played pretty well but I don't think they're making championships save for maybe next year.” 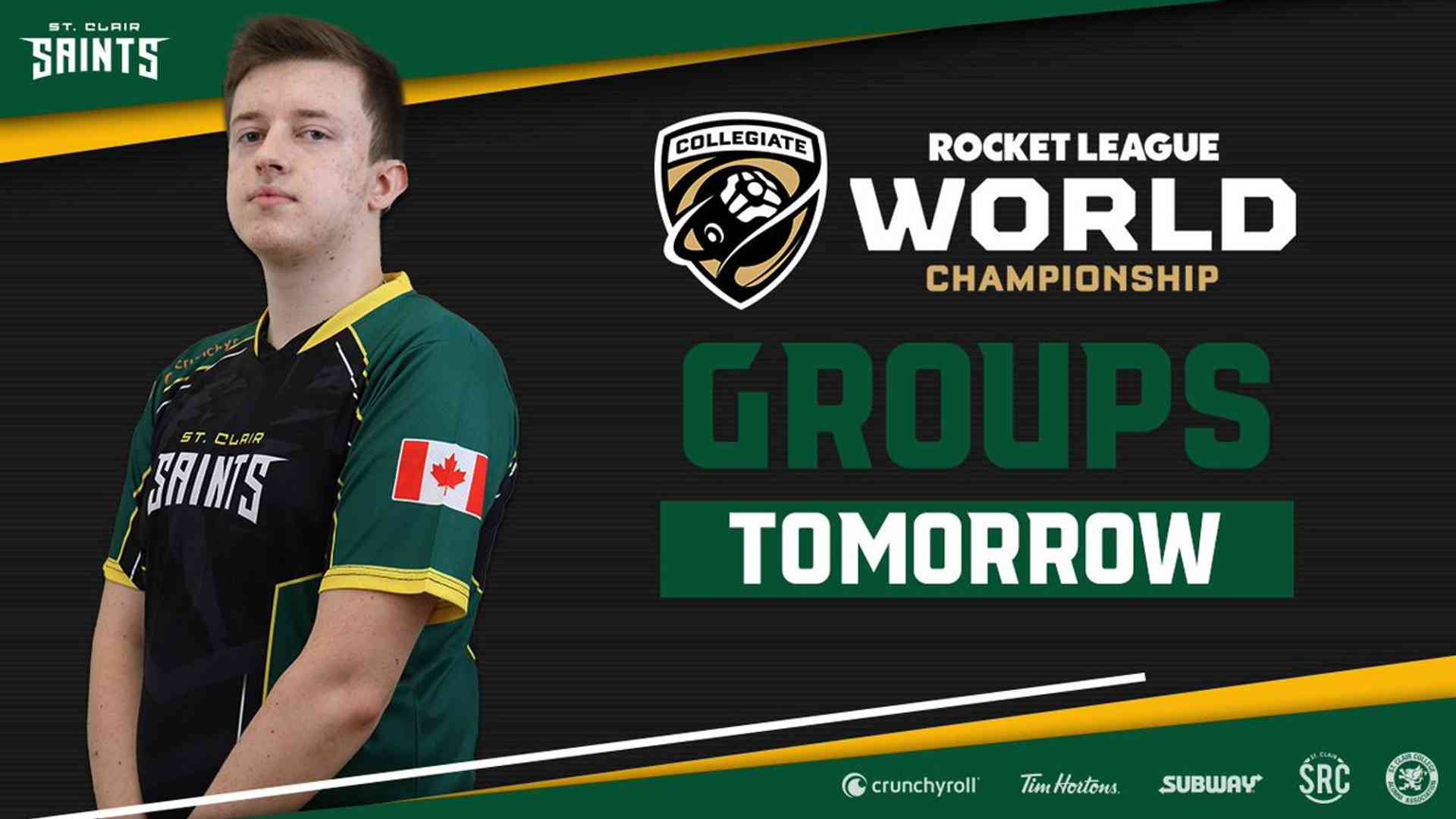 St. Clair College extended their participation in the 2022 Collegiate Rocket League World Championship by dispatching Salford Lions of England 3-1 in the Group A Decider Match, thereby ensuring Canada's presence for the final day of play.

Shortly after the victory over Salford, St. Clair's Josh “Comp” Byrne spoke to BLIX.GG to discuss the team's progression to the playoffs, the ongoing EU-NA rivalry in collegiate Rocket League, how his team will approach the final day of competition, and much more.

Thank you so much for taking the time to do this interview. I really appreciate it. First of all, congrats on that victory over Salford 3-0. It was a clean sweep. What were your thoughts on that series against that team which decided one of the event's quarterfinalists?
Comp: We felt really good going in. We thought we were going to play KIT in the Decider Match, but it ended up being Salford, so we kind of changed over playstyle a little bit. We had played differently against KIT, and then Salford was not as mechanical and fast, so we decided to play our game with speed, and it worked out for us. Still, I think they were pretty good in the end.

You guys got to this point, having lost the Northwood in the Group A winner's match, which sent you to this tie with Salford. How did the team refocus both mentally and in-game for the match against Salford?
Comp: We were upset for about half an hour after the match, but then we talked it through. We knew then that it was not over. It was expected that we were going to lose the Northwood, so we didn't really have anything to lose. We're just preparing for the next match ahead, and we stayed positive. We knew what we had to do, and we executed it pretty well.

You guys will go into the playoffs, which will feature a particular stacked schedule with the quarterfinals, semifinals, and finals happening in close succession. How are you guys going to prepare, refocus, and face tomorrow with this the gauntlet style of matches yet to be played?
Comp: We're really confident going against UTA (UT Arlington); we've done well against them in the past. They only beat us in Nationals, but we weren't playing to all that day, but we do feel like we're playing a lot better now. We're just going to do a lot of scrims and practice before tomorrow. I'm confident we can take down UTA and then make it to the grand finals and play Northwood.

Talking about Salford, they're part of a European contingency that arrived to Worlds as one of the six European teams taking part. From your perspective, how did you think the European representatives have fared in the event?
Comp: They really surprised me in scrims and stuff, and they were playing pretty well, but they were not as fast and mechanical, so they couldn't keep up with our speed. They are really good on rotations, though. Overall, I think they played pretty well, but I don't think they're making championships save for maybe next year. I think they played well but not good enough.

I spoke to Tigreee after their series against Stockton, and he said the European scene is not considerably behind North America in terms of the collegiate level of Rocket League. How would you measure the gap between Europe and North America? Is EU very far behind NA? Or perhaps somewhat close?
Comp: I think it's more towards the middle. They were able to keep up for the most part, but in those clutch moments, they weren't able to. I think in a year or two, they will be able to keep up with us, and they'll be at the same level and take some series off NA teams convincingly. I'll say it's right in the middle. There's not too far of a gap.

That about wraps up the interview. Do you have any final words to share?
Comp: I appreciate everyone for supporting us all the time. We're trying to represent Canada, and I think we're doing that pretty well. The support from everyone from all over social media is incredible.