The Female Side in Siege 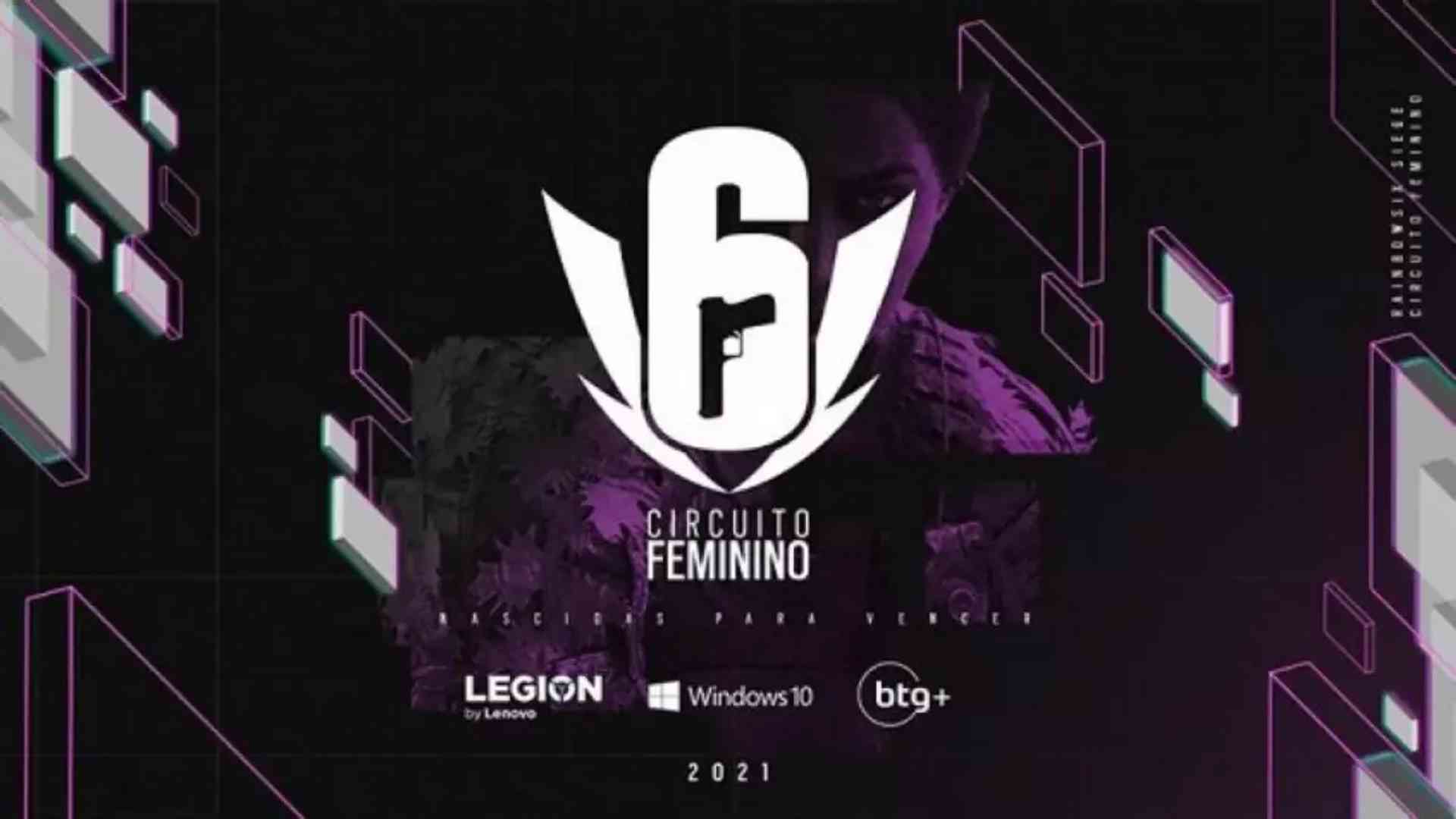 Let me tell you a story. A story with ups and downs about a woman with a dream, playing professionally in Rainbow Six Siege. The female scene made its first steps in 2018, with Team Fontt dominating the first tournaments in the scene.

This was the roster that under that tag, posteriorly Brazilian Crusaders and later Black Dragons built a legacy in the R6’s female scene. Replacing Bits with Danielle “Ch3rn4” was the only change this squad made during this dominance period.

In the 2020’s circuit, this roster fell from the throne. Black Dragons won the first and second split of the female circuit, but in the third stage and the decisive playoffs of the whole circuit, the ones who used to get the second place finally got their chance to collect a trophy. FURY Female won in the grand finale against BD and lifted that year's trophy. It’s interesting to say that while BD was winning the past stages, the team still made some roster changes where we highlighted the exits of Russa and Thaii. FURY Female was the one able to stop the dominance of these names in the female scenario. The roster was:

In 2021, the circuit was changed, and instead of 3 stages with playoffs, two more stages were added as also a Finals, and some new names came in. In INTZ, Rafaela “Miranda” Miranda emerged, which later completed the male roster in the major league in Brazil, BR6. Miranda worked as an analyst in Six Invitational’s official Brazilian broadcast of Ubisoft. Still, in INTZ, there was Lucía “Luli” Campello was listed as the 6th player, but we will talk about her later.

The duo Thaii and russa formed Cinderellas Esports but only played two stages. Red Wolf Esports also qualified for the circuit with names in the roster like Nathalia “Naath” Penteado and Lara “Larinha” Estevan joining at the end of 2021 joined the male Black Dragons’ roster to be the analyst, leaving the role in April.

It’s essential to mention that during the stages, Red Wolf has signed with Julia “juu” Brito. Julia told us that her grandfather introduced the game world to Julia in the first moment Counter-Strike. She has played Siege since the game beta and liked the game because it “involves more than just skill, there are other factors and you have to think in the game.”

In the Finals’ best of five, they broke the record of maximum kills in a BO5 with an impressive number of 93 kills in the whole series.

Since then, Juu was signed by Black Dragons to try to put the organization again on the title road.

A new legacy is being built with the Argentinian trio formed by Luli, Berenice “Bere” Salvitto, Jazmin “Jaz” Vera and alongside two Brazilians that were already replaced by Thaii, Bruna “bruna” Bessow and the 6th player, eloa. The team won the first Stage 1 with the tag B.asqueras and was signed by the Brazilian organization, w7m.

The story of Miranda

Since childhood, Miranda created a relationship with FPS, first-person shooters, and games. In the first moment with Call of Duty, later with Fortnite, and finally Rainbow Six Siege. Miranda left the game world because of college, but in 2020, she returned due to the pandemic; she bought a computer and R6 too. At that moment, the relationship between Miranda and Siege had approached.

In 2021 and after a trial with some other players, Miranda and his team joined INTZ. Miranda leaves a comment about the salary in the organization, not even corresponding to a third of the minimum salary in Brazil. Rafaela says that the female roster didn’t have the support with Gaming House and better PCs to compete in the Women’s Circuit, even if some players didn’t have the condition to have a better one.

Miranda had the opportunity to be the first woman playing in the major male league, BR6; at the time, Vinicius “Vnx” Mello got sick. While competing in that tournament, the male players played with monitors with 360hz, and Miranda played with one with 120hz, and all the structure given to male players, wasn’t offered to Rafaela.

The ex-player told us that the end of the year was sad because the roster had discussions, and the team felt the lack of a manager and support of INTZ to solve those problems. Ubisoft does not support the Women’s Circuit besides the prize pool in the competition. Miranda says: “there’s little, little, little support, I don’t know if exits only to say that supports the female scene.”

Miranda didn't have the chance to continue at the analyst desk for Ubisoft due to spending cuts and financial problems. Rafaela says that she has the chance to come back to that role.

Miranda says that she’s on the transition to VALORANT, streaming the game in the first moment and later being professional. Rafaela ends by saying: “I’m eternally grateful to R6”.

From the testimonies that we collected, the issues of being a woman playing R6 are the same as a woman playing online video games. Naath explains it very well “Playing R6 as a woman is a thing that definitely requires courage and good psychology. Many hides in ambiguous nicknames, where you're not sure if it's a woman or a man playing. Others do not even use voip in-game for fear of free provocation and name-calling. We are called by different names, we are told to do things that they think are only for women and so on, the list is endless. Machism and misogyny are 100% present in our game matches.”

Juu mentioned the lack of support even though some organizations are joining and supporting the female scene. Black Dragons and INTZ are some of the orgs supporting the scene since the beginning. Julia also highlights the support from Ubisoft, which has grown in the last years in prize pools, and that salary increase by the clubs but says that it is possible to grow more.

From the girls that collaborated on this article, we asked a few words about their current team.

Juu is on Black Dragons in a Gaming House during the games of the female circuit, and the team is aiming for titles.

Gabriela “GaB” Scheffera, now in 4Dreams, talks about the team: “Four Dreams came up with a very well presented and structured project. I feel very at home here, I'm sure I made the right choice when I received the proposal to come in and represent this beautiful jersey and this wonderful org.”

Naath said: “Today I am in a team called O Asilo, where we are still looking for an organization and we are focused on our progress and improvement. The year 2022 hasn't been very easy in terms of career and R6 for me, since the beginning of it, I've set up lines that fell apart, I joined and left teams and now I'm trying to find my way again.”

Thaii: “Today I find myself professional in a dream team! My current team is wonderful, focused, and dedicated, we train every day, and I feel a lot of gratitude and happiness.”

For Naath, “every year we are having retirements, that is, girls who no longer want to play the game and are left with holes in the structure. So yes, we need to bring more young girls to the game and to the competitive scene to renew the great potential that is the Women's Circuit”.

GaB goes longer,” I’m sure that in the future we will have international championships for the female scene.”

Some players are still unable to focus 100% in-game, needing to have other jobs or studying in a college during the day and practicing at night. However, the players we talked with see a lot of potential in the R6 female scene, and work is to be done.