The Government of India has officially recognized esports as part of multi-sports events, Timesnownews reported.

According to the outlet, esports will be managed under the Ministry of Youth Affairs and Sports, Government of India.

Reacting to the news, Lokesh Suji - Director, Esports Federation of India and Vice President of the Asian Esports Federation (AESF) says, "Great news for us to begin the New Year. We have been constantly working on establishing the difference between esports and iGaming, and finally, our efforts have been fulfilled. Only a short time until we see Esports being placed in the same league as cricket, football, basketball, etc. and having similar fan power, scale and craze."

He added that official recognition will also help India in the international arena and rid the people of the negative stereotypes associated with the industry. 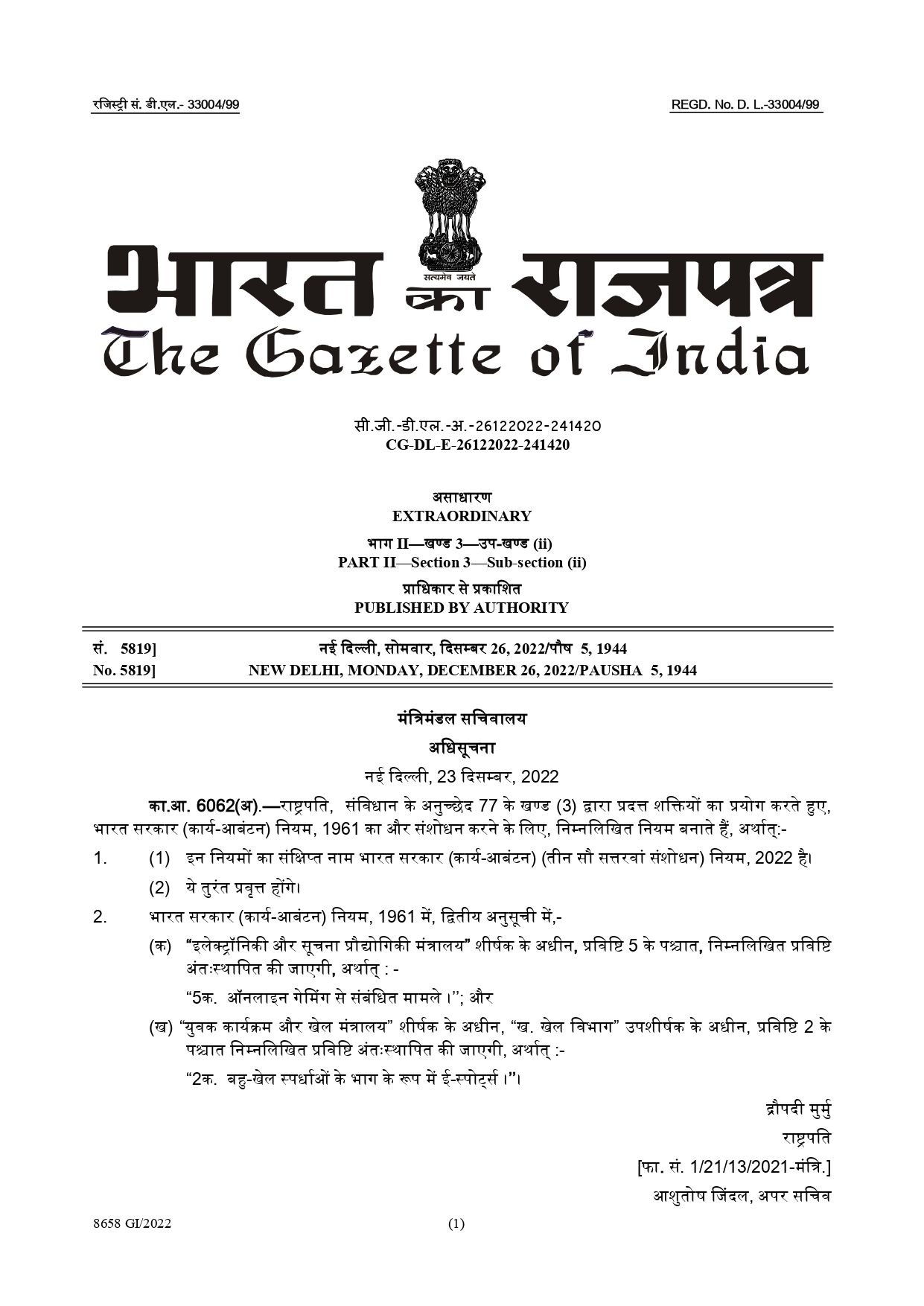 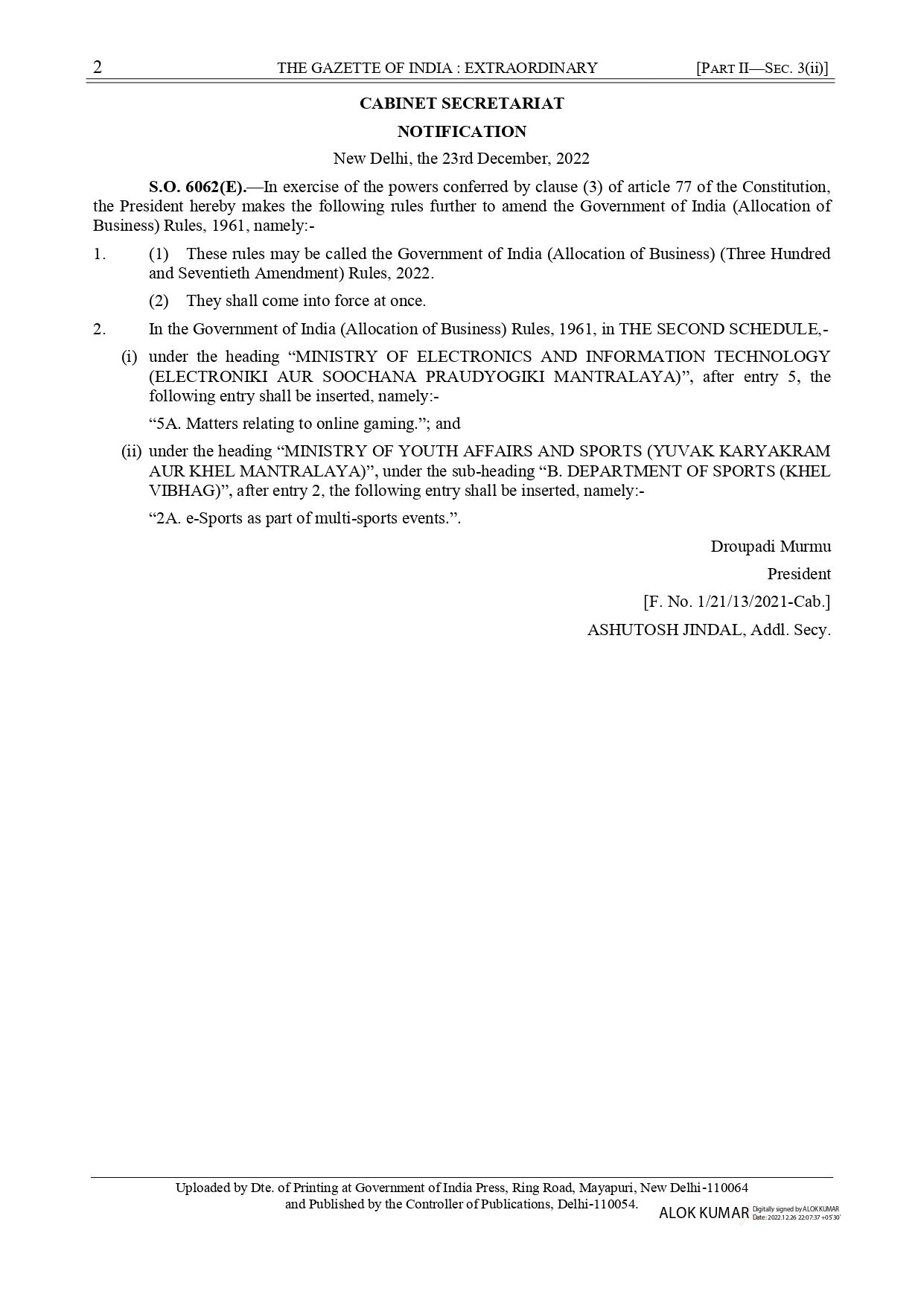