The War & Esports; How the Conflict in Ukraine is Affecting the Industry 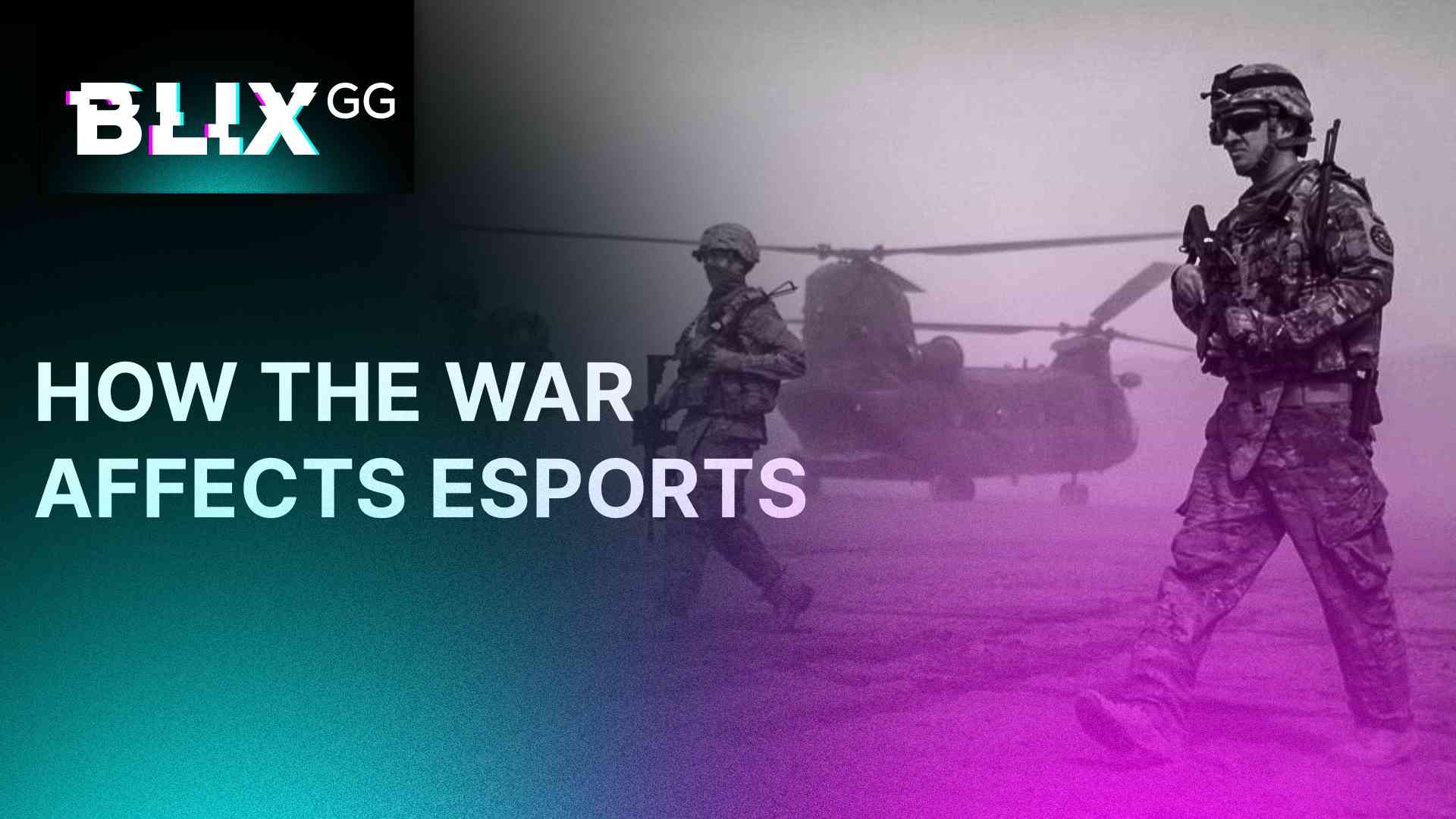 Since Russian President Putin started military operations & further invasion of Ukraine; Players, Organizations, and multiple esports figures have shown their sympathy and support towards Ukraine and its people.

Esports united players from different backgrounds and nationalities with no discrimination as esports is for the people and the people are for esports.

A few days later, They decided to take a different turn and not host a Russian-language broadcast.

Instead of the Russian language, WePlay will host a Ukrainian-language broadcast on their main Twitch channel.

The company mentioned their realization of the widespread use of the Russian language across multiple countries rather than Russia alone. However, WePlay couldn’t stand aside and said that they’d do their best to draw the attention of the world community to the war on the territory of Ukraine.

Valorant Champions Tour EMEA followed, postponing the third-week games in the region amid the situation in Ukraine as their priority was to support the players, casters, staff, and fans affected.

VCT is currently talking with all teams about their players’ well-being and individual situations to secure their input on the best way to move forward. The community waits for further updates.

The political mess didn’t stop there, but it affected a different aspect. When Dmarket (CSGO skins marketplace) announced the prohibition of registration for users from Russia & Belarus, freezing registered accounts, maintaining the items inside the accounts safe but with limited access to their use.

The website followed the decision to remove the Russian Ruble currency from the platform.

Blast Premier was the latest to follow the same path as the companies mentioned above. They just canceled the CIS qualifier & decided not to invite any Russian-based teams to their events in the near future, believing that it isn’t appropriate for the event to occur with such a situation going on.

This decision could result from different factors as the situation is still unclear, and Blast does not add anything to their statement.

This decision will affect some big names in the CSGO scene like Gambit Esports, Virtus Pro & Team Spirit as these teams have to play a qualifier to make it to the significant events.

ESL took a stand on their own when they put out a statement regarding the situation happening in Ukraine, with some critical actions regarding both teams & employees.

To support the people affected by the conflict, ESL will donate to UNHCR.

As far as teams & organizations, they decided not to allow any representation of organizations with ties to the Russian government, including any individuals and entities under EU sanctions related to the conflict.

For now, Virtus Pro & Gambit are the only two teams identified and will fall to the new ruling.

ESL followed by allowing individual players from the mentioned teams above to participate in the upcoming Pro League as long as they don’t represent their country, organization, or their teams’ sponsors on their clothing as it’s immoral to restrict players with no involvement with the current situation.

Also, competitions from the CIS region will be put on hold for the meantime and will be played later, depending on the situation in the region.

The suspension wave continued with Quake Champions. Following the updated U.S. Treasury Department policy, They have suspended any Russian or Belarus player from competing in Quake Pro League & Quake Challengers.

These actions were a result of Microsoft’s new policy against Russia. Microsoft released a statement stating the suspension also coordinating & working in lockstep with all of the U.S government, The European Union, and the United Kingdom.

Since Bethesda is a subsidiary of Microsoft, esports has to be affected by the new policy.

“In addition, we are coordinating closely and working in lockstep with the governments of the United States, the European Union, and the United Kingdom, and we are stopping many aspects of our business in Russia in compliance with governmental sanctions decisions.”

Riot took a stand yet again but this time with League of Legends, canceling the Wild Rift EMEA Championship for the CIS region due to the Russia-Ukraine conflict. The decision will affect the CIS teams only, while teams from Europe & Turkey will continue to host their regional matches as per the previously announced schedule.

As the WREC for the CIS region has been canceled, Riot has decided to give away the total prize pool money for the tournament. Riot will distribute it among the remaining teams in the Open Qualifiers of the Wild Rift EMEA Championship Series CIS Group.

The teams that will have a stake at the prize money are:

For the WREC taking place in Barcelona, Riot announced that two teams from each region, Europe, Turkey & CIS, will qualify. However, with the latest updates regarding the CIS region, we’d have to wait to see how Riot selects the seeded teams from this region

The League of Legends scene and Riot seem not to be holding back in the conflict after LCL Spring 2022 was postponed indefinitely & the Russian broadcast has been removed from LEC.

The postpone will be for Week 3 of the 2022 League of Legends Continental League Spring tournament. It’s worth mentioning that the LCL is the top level of professional League, organized by Riot Games Russia.

Days after the announcement, The Russian LoL esports posted an update regarding their decision to postpone the games of week 4 of the Continental League.

It seems like the CIS games won’t be played anytime soon with the escalating situation in Ukraine.

As the future is unknown, we will continue to update the article as more information about how the conflict affects the industry becomes available.