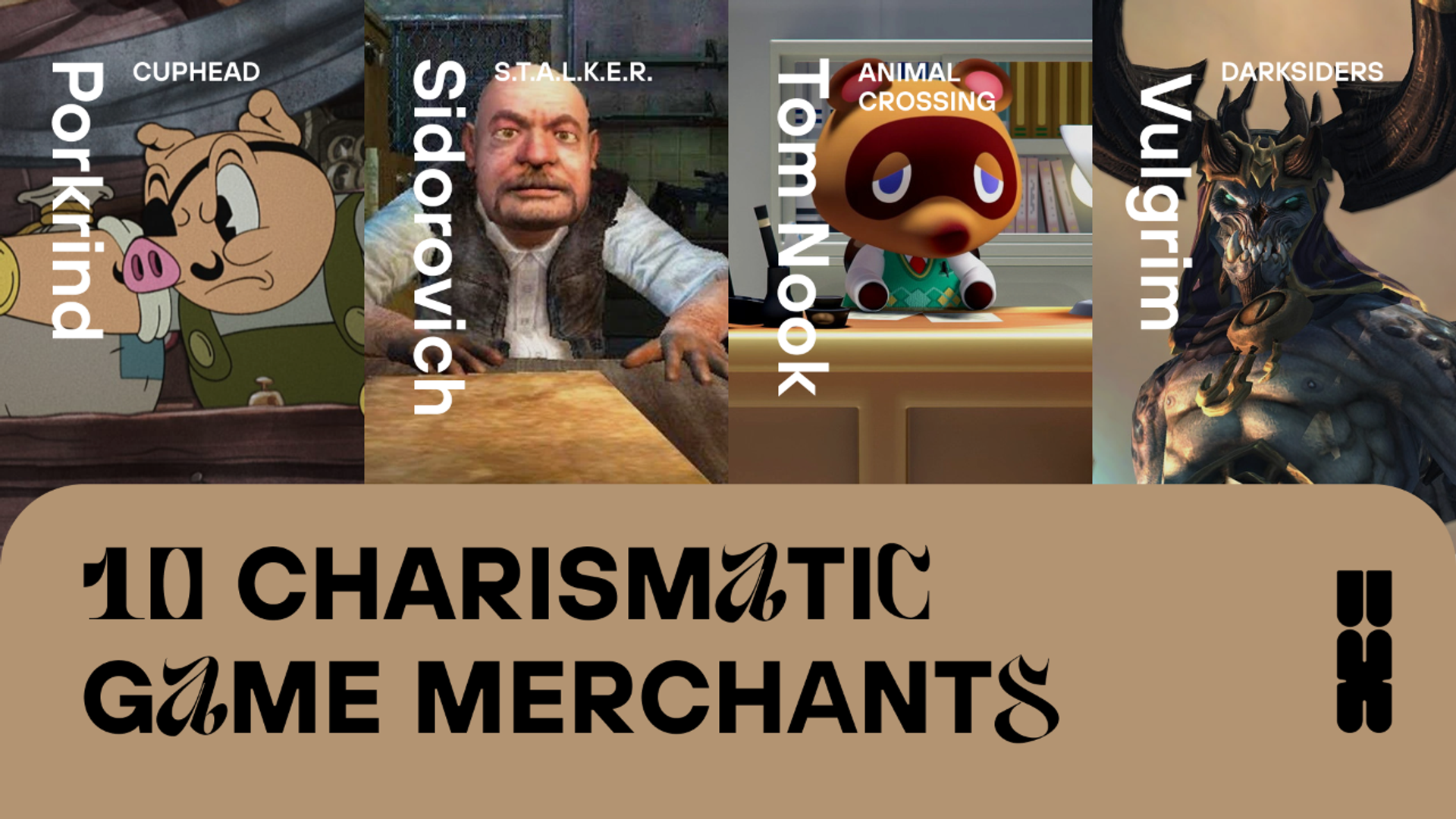 Trade has become an integral part of gaming. Regardless of the game’s title, we earn some coins and go to the shop to buy better equipment, new armor or deadlier weapons. But there is something besides the process of purchase itself, which makes this experience bigger than just a game routine. There are NPC merchants – these characters’ roles are usually small, however many of them are very memorable and colorful. So we decided to remember the top 10 of the most charismatic merchants from various games.

Nameless weapons peddler from Resident Evil 4 seems to be the real fanatic of his trade. Modest merchant is not afraid of monsters or other dangers and easily gets to places, which are quite difficult even for skilled warriors to reach. He is always there when Leon needs to refresh his inventory, and he always has something new to propose. This is his level of service for regular customers. 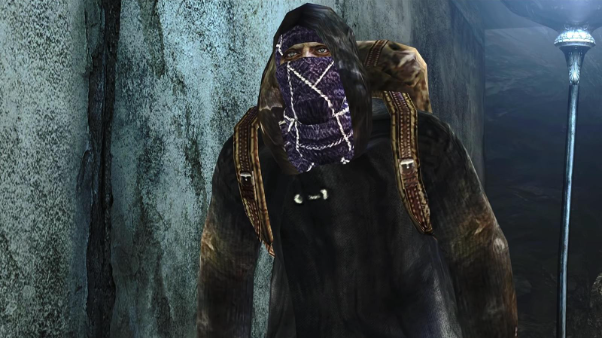 It is a pleasure to make business with him, because he does not bother you with offers of additional guarantees, services or discounts. Blue fire torch, tranquilizing melody and the merchant’s soulful voice help players to calm down after the dangers they have faced. The only problem is his means of payment, which is pesetas - something that is not easy to find even in Spain these days.

Who can help you, when the hungry zombies are at your door? Crazetopher David Blazing III or just Crazy Dave is the real ray of light in the dark postapocalypse reality of Plants vs Zombies series. He helps gamers to understand local rules, provides the seeds of new plants, fertilizers and acts like the best neighbor one can desire (under such circumstances, of course). He also loves taco, and even ready to spend a thousand of coins on it. 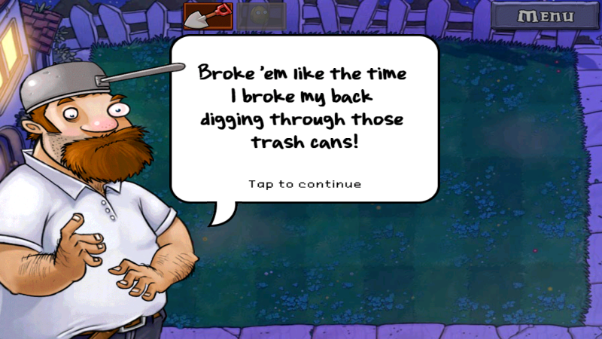 Dave provides some comic relief with his catchy phrases during the breaks between the battles and seems to know everything about Dr. Zomboss and his weaknesses. You actually have no choice but to help such a useful character, when the zombies abduct him because he knows too much. No surprise that some fans of the series are pretty sure that Crazy Dave can be even involved in the emergence of those zombies.

Extremely hostile and dangerous area around the nuclear power plant, which suffered a serious accident years ago. This is how the Zone in S.T.A.L.K.E.R. series looks like and feels like. Very harsh place for business, and it is quite obvious, that the local merchant Sidorovich is just as much harsh. 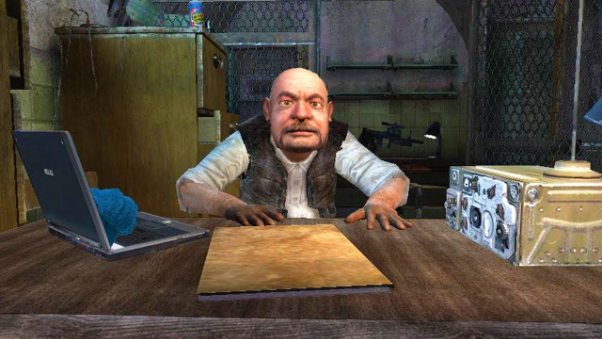 You can find this guy in his well-protected underground bunker located in the Cordon. Sidorovich used to be a stalker himself though not very successful – he had never managed to get into the Zone further than the Garbage. Maybe this the reason why one of the first stalkers decided that it makes more sense to earn on adventurers rather than being one. He managed to build up a huge client base not within the Zone itself, but also beyond it. But it doesn’t mean he is easy to deal with – it would be probably easier to get to the Wish Granter than to get a discount from Sidorovich.

He is tough and uncompromising businessman with a really tight grip, that is for sure. But Sidorovich is also the person who helped Marked One to reach the very nuclear power plant and to find out who Strelok was.

The Duke could definitely share the first position in the list of Resident Evil Village most charismatic characters with brilliant Lady Alcina Dimitrescu. We don’t know his real name, and it may seem quite unusual that the person who has been the resident merchant of the village for years, wears the title of the duke. 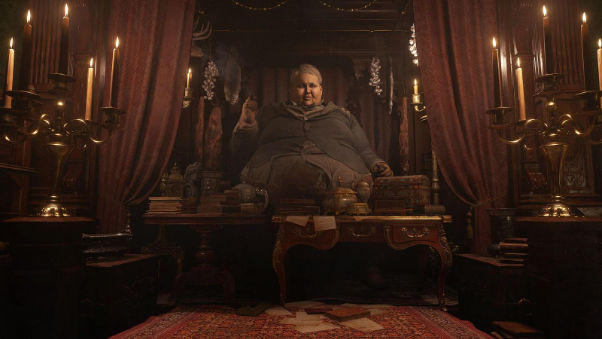 He is an obese person with a jolly personality, whose сlothes of the bigger size than they should be are in a contrast with his manners, politeness and deep knowledge of art and artifacts of the past. Unusual combination of background and current occupation, isn’t it?

He follows Ethan’s actions and supports his fight against Mother Miranda and her offspring. He is ready to appear literally anywhere in the village to help. We also know that during the villains rule he was a connection with the outer world for village folks. He also knows his colleague, the nameless merchant who accepts pesetas.

No matter how tough Hero of Ferelden or Hawke in Kirkwall are, they still need good equipment, armor and gifts for the new friends. These goods can be bought at various shops, but Bodahn and Sandal are the only merchants available for protagonists 24/7.

Their story is quite interesting. Bodahn Feddic was a successful Merchant caste vendor in Orzammar. After his father died, he took over Feddic Trades, the family business. And not just took over – he managed to turn a small booth to a thriving trade enterprise with several branches. During his expedition in the Deep Roads he found Sandal – a boy who was left probably because he was lyrium-addled. 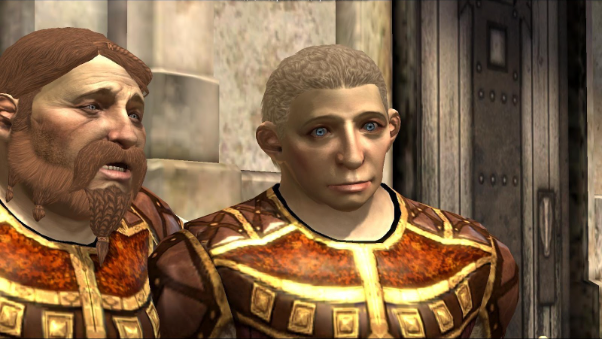 The boy grew up as Bodahn adopted son, he has a limited mental capacity for common things like conversation, (he usually replies with one word answers). At the same time he is good at other things, unusual ones, like runecrafting. And there was a case when Sandal was able oppose the power of lyrium splinter which almost made Varrik lose his mind. Bodahn and Sandal were forced to leave Orzammar, but they continued to do what they do best, which is trading, of course.

Horsemen of the Apocalypse are obviously very special clients with demands, which are far too special for an ordinary merchant. So their supplier is also very special character – soul-eating demon with deep knowledge of the world surrounding players. Vulgrim likes coins, gold, souls and is able to get the maximal profit from any situation. He knows all the spots throughout all the worlds where he can deploy his shop. 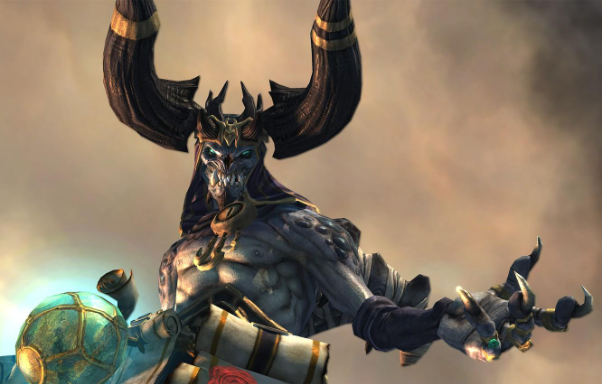 We know very few things of him despite the fact that he is a recurring character and appears in all parts of the series. He is greedy and he is a demon, but incredibly charismatic one. He deserves to be called the supplier of impossible, because his goods include weapons, upgrades, abilities and artifacts. Even more, the range of goods is refreshed and replenished every time. So his chuckles are rather misleading – Vulgrim is always serious.

Trade in the cubical world of Minecraft is pretty simple, deals are available with village dwellers who have a profession. But there is also a wandering milk lover… sorry, wandering trader who loves milk. The wandering trader appears randomly in the Overworld with two leashed trader llamas. Usually they appear somewhere within 48-block radius from player. There can be only one wandering trader naturally spawned in loaded chunks at a time. 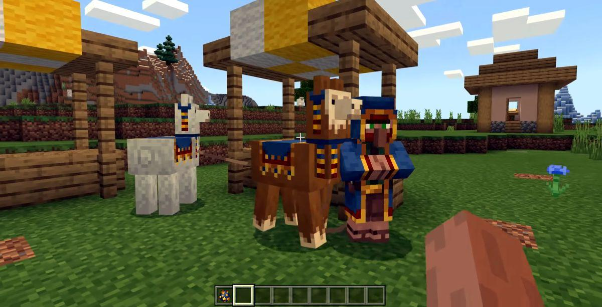 He stays for 2 or 3 Minecraft days, and then disappears. The wandering trader may offer six random deals every time. After the deal is closed, the new deal does not appear, unlike deals with villagers. Deals with wandering trader is a chance to buy rare resources and valuable items, though they don’t upgrade skills. And emeralds is the only type of currency they accept. Wandering traders are very concerned about their safety. So they prefer use the potion and to become invisible at night or right after their health is damaged.

The world of Cuphead is full of colourful characters, reminding the classic cartoons of 1930s. Cuphead’s shopkeeper, mister Porkrind, who looks like a distant cousin of early Porky Pig version, is one of the kind. Anthropomorphic pig with small black moustaches and black eyepatch wears brown overalls and gray rolled-up sleeve shirt (another reference to old cartoons) and seems very busy. Just stay at the counter for a little longer and you will see him checking his pocket watch. Time is money, you know. 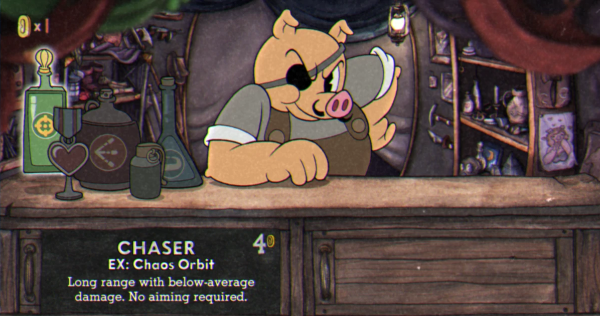 His shop is the right place to buy charms and weapons that make fights with the bosses significantly easier. Goods selection may seem limited but is pretty decent, and as long as you have coins you can buy something useful. It’s a pity, that his character suffered changes in the screen version. The cartoon version of Porkrind is rather providing comic relief meanwhile in the game it seems to be a hardened businessman thinking of cashing in on you.

Animal Crossing is probably the last place where you expect to find the elements of capitalism, but they do exist here. Meet Tom Nook, one of the key characters of the game. In the very beginning Tom, who runs the town shop, provides the player the initial mortgage of the home. Then Tom will hire the player to work part-time at his shop to help pay off the loan. After each payment he refurbishes and expand the house (not for free, of course). 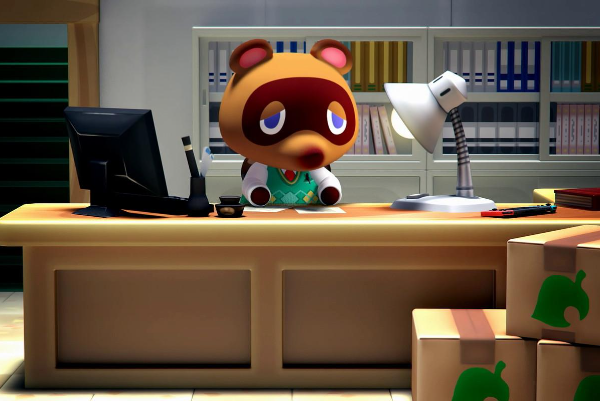 Some gamers call Tom Nook the greediest character of the game, but others try to look at this situation from another angle. He has lots of work to do and very little time for minor things like being polite, but in fact he is very kind-hearted raccoon. How else would you call a character who trusts the complete strangers, providing them with decent work and living conditions?

Patches the Spider with his functions and role in Bloodborne world seems to be teleported right from other Miyazaki’s Souls games. His appearance in this process has suffered significant changes in this case though. It is quite difficult to imagine trade operations with this creature when you see him for the first time. His attitude from the beginning is also a bit unusual for a game merchant (if you haven’t played the other Souls games, of course). First he puts the player into the extreme peril, and only after the protagonist gets out of the monsters pit, the “merchant” says he is sorry. Whether he is really sorry, it is a question, but this episode unlocks trade deals with Patches. 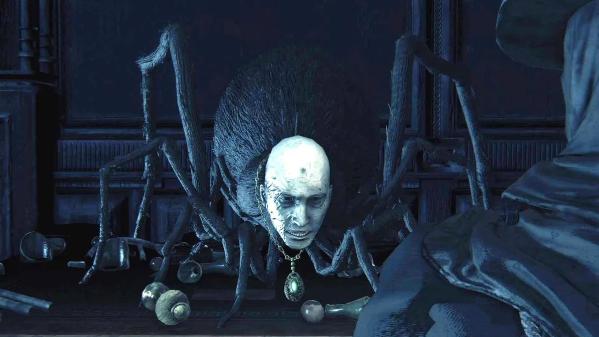 His availability and possibility of interaction with him strictly depends on the way player goes through the game. If you come to him on the wrong time, the trade is not possible. And if you come too late, the chance to find Patches will be minimal.

Morshu is a minor character from video game Link: The Faces of Evil, released in 1993. What does he do in this list? Firstly, he is the owner of the shop in Goronu area. And secondly, it is all about his signature phrases. They have inspired tons of memes, created and shared by people, some of whom were born years after the release of the game or haven't played it at all. 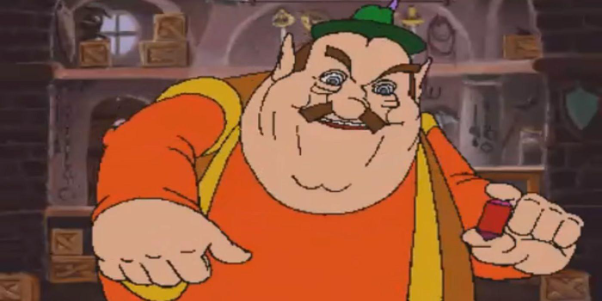 You can hear the first one when the player starts buying something from Morshu. "Lamp oil? Rope? Bombs? You want it? It's yours, my friend, as long as you have enough rupees". But if the player has not enough rupees, he hears the second, more famous one: "Sorry, Link, I can't give credit! Come back when you're a little – mmmm – richer".