Dota 2 fans from all over the world had the chance to watch 4 epic matches in the Lower Bracket at The International 11. Following yesterday’s action 4 matches, Secret and Tundra reached the Upper Bracket final. That said, it was time for some of the best teams in the world to fight for their survival in the LB.

Each of the four series was a joy to watch and allowed us to see a lot of interesting heroes and epic matchups. Aside from the big match between the two European powerhouses, LGD’s success against BC also allowed us to watch a classic Chinese battle. Let’s go over a couple of important things you should know.

beastcoast has a promising future

The first series of the day that we had the chance to watch was between beastcoast and PSG.LGD. Considering that the Chinese were among the big favorites to win The International 11, it shouldn’t be surprising that everyone expected it to succeed.

While it is true that Ame and the rest won the match, it wasn’t a walk in the park. The first game between the two lasted for almost one hour and had everything we could wish for. Although most of us expected the Chinese squad to win because earlier because of their Drow, the South Americans outplayed their opponents.

With more than 20k net worth lead 50 minutes after the start, BC won the first map.

The best team in China was one game away from being eliminated, which is why it stepped up its game. Despite the slow start in game 2, LGD took full control and gave their opponents no chance of winning. BC had a big opportunity to bounce back after killing 4 of LGD’s heroes 24 minutes after the start. However, the Chinese had a huge lead that was enough to win the map.

Following the domination in game 2, the third game between the two was even, at least for the most part. Beastcoast even had the lead for a couple of minutes because of their Chaos Knight. That said, the big fight 30 minutes after the start prevented the South Americans from winning.

Following the fight, LGD took control of the game and eliminated their opponents. Sadly, this put an end to BC’s dreams of reaching the Final.

OG’s dream is over

The second series for the day is probably the most interesting one because it put together OG and Team Liquid. The two Western European powerhouses met countless times this year, but this was their most important match yet.

Sadly, it seems like the pressure got to BZM and the rest because the young team was unable to show what its capable of. Everyone expected an epic three-game series with tons of action, but Liquid was the better team in today’s match.

OG’s draft in the first match allowed them to play many of their comfortable heroes. Although the team had a solid start, Liquid quickly took control and ripped through their opponents. MATUMBAMAN got the Aegis and used it to push two lanes of rax. OG had no way of bouncing back and lost the first map.

The loss in the first game seemed to impact OG’s motivation because the team was outplayed on the second map. Despite the good draft, Liquid outmaneuvered their counterparts and won every lane. Unsurprisingly, the WEU powerhouse used the momentum and started forcing team fight after team fight.

With more than a 10k lead 24 minutes after the start, OG had no hopes of bouncing back. BZM died alone several times, which was exactly what Liquid needed to push and win the game.

Sadly, this loss put an end to OG’s TI journey.

PSG.LGD is NOT the best team in China anymore

The first game between the Chinese powerhouses was terrific because we saw a comeback. PSG.LGD’s interesting Rick pick ripped through Aster’s draft in the first couple of minutes. The team dominated almost every fight in the mid-game. This is when things went downhill.

Aster secured a couple of crucial kills on LGD’s cores that allowed them to bounce back. Thanks to Drow Ranger, the team had fantastic pushing power. Following a few successful fights, Aster took control of the match, got the Aegis, and won the first map.

The second game in this match felt similar to the first one because LGD won the early game. However, Aster quickly bounced back and ripped through their opponents. Following tons of fights, Aster secured more than a 30k net worth lead 40 minutes after the start. Monet and the rest had tons of gold advantage and PSG.LGD had no way of bouncing back. This resulted in a GG call and the elimination of PSG.LGD from the event.

MATUMBAMAN is not done yet 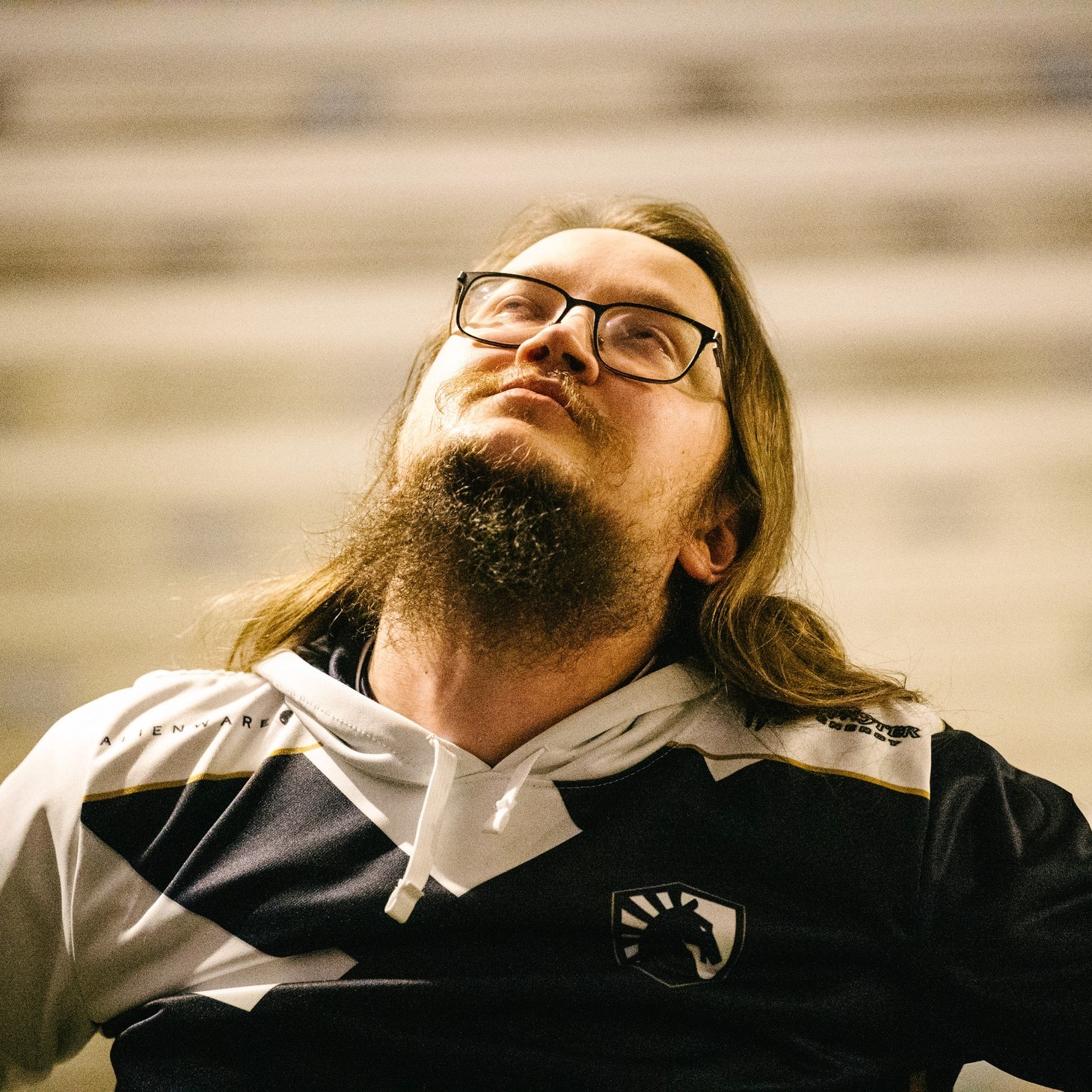 Team Liquid's main carry, Matumbaman, looks up toward the sky in his Team Liquid jersey

The day's final series at The International 11 was between Thunder Awaken and Team Liquid. No one expected the South American team to be here, but DarkMago and the rest proved that they are a top-tier team. Sadly, their loss against Secret pushed them to the LB, where they had to face Team Liquid.

Speaking of the devil, the Western European squad eliminated Entity and OG before securing this match. Needless to say, zai and the rest were highly motivated to win.

Following the draft stage, everyone expected Team Liquid to have no problems and win the first match of the series. However, this was not the case because the South American powerhouse won the map.

Thunder Awaken had a very solid start that allowed them to have a very easy mid-game. TA even wiped all of Team Liquid’s heroes 20 minutes after the start and secured an even more comfortable lead. However, a crucial mistake from TA gave Liquid a chance to counter-push and secure one lane of rax.

The game could go either way, but in the end, TA’s Enigma made the difference and allowed the South Americans to win the match. Despite playing against Mega Creeps, TA pushed and destroyed the enemy’s throne.

After missing out on the victory in the first game of the series, Team Liquid did not give their enemies any chances of winning. The South American squad relied heavily on their Gyrocopter, a hero with which Thunder Awaken won every game. Sadly, even he was not enough for them to win.

TL won the laning stage and used their Puck and Ursa to dominate the match. Despite doing everything in its power, TA failed to live up to the expectations and lost the map. This forced a game 3

The third game of the series was as epic as the first one because it had tons of action. Both teams were eager to win and gave everything they had. Despite being in situations where everything was against him, Team Liquid used their experience and eliminated their opponents.

We suggest watching this series if you’ve missed out on it because it was a true joy. It allowed us to see countless back-and-forth fights, epic clashes, and incredible kills. Despite losing two lanes of rax, an epic fight 49 minutes after the start allowed TL to kill all heroes. As a result, they’ve pushed the mid-lane of rax, killed most of TA’s heroes, and destroyed the Throne. This was the most exciting game in the Main Event yet.

And now, we wait until October 29, when Liquid will face Team Aster in their LB run.

Stay tuned to BLIX.GG as we continue to bring you updates, analysis and more from The International 11 in Singapore.