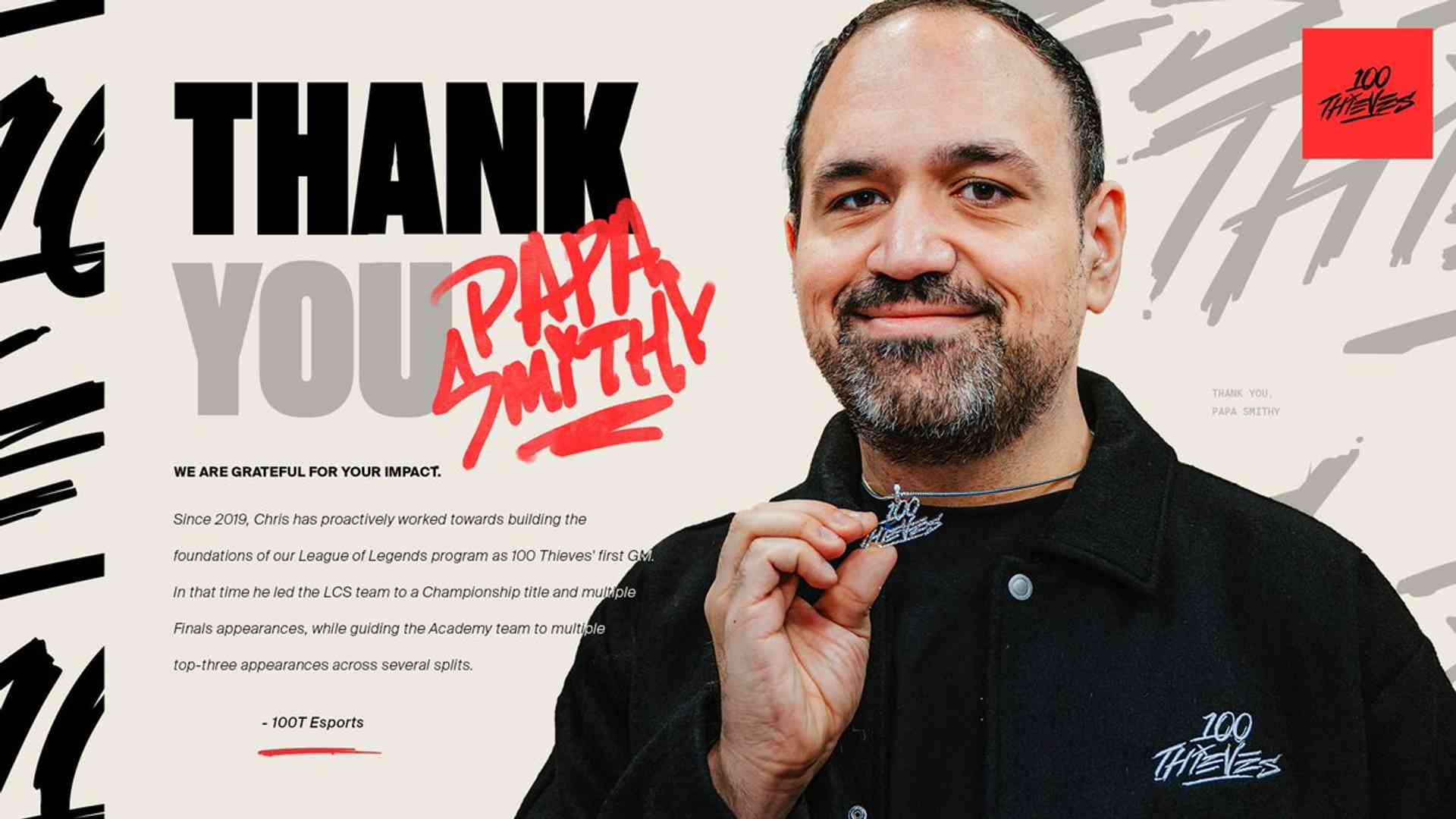 American esports organization 100 Thieves parted ways with Christopher "PapaSmithy" Smith, who was the League of Legends general manager of the organization for three years.

"After multiple rounds of talks with management before Worlds, it was clear that the shared vision of the kind of League of Legends program we wanted to build together in 2019 no longer fit the goals and aspirations of 100T for 2023. Ultimately, this meant supporting our LCS team through Worlds and then going our separate ways," PapaSmithy noted on Twitter.

He considers it his greatest achievement that 100T became champions or finalists at the LCS, Academy and Amateur levels in 2022.

PapaSmithy also said he is looking for the next big project in esports.

"Since 2019, PapaSmithy has proactively worked towards building the foundations of our League of Legends program as 100 Thieves' first GM. In that time he led the LCS team to a Championship title and multiple Finals appearances while guiding the Academy team to multiple top-three appearances across several splits," 100 Thieves said in a statement.