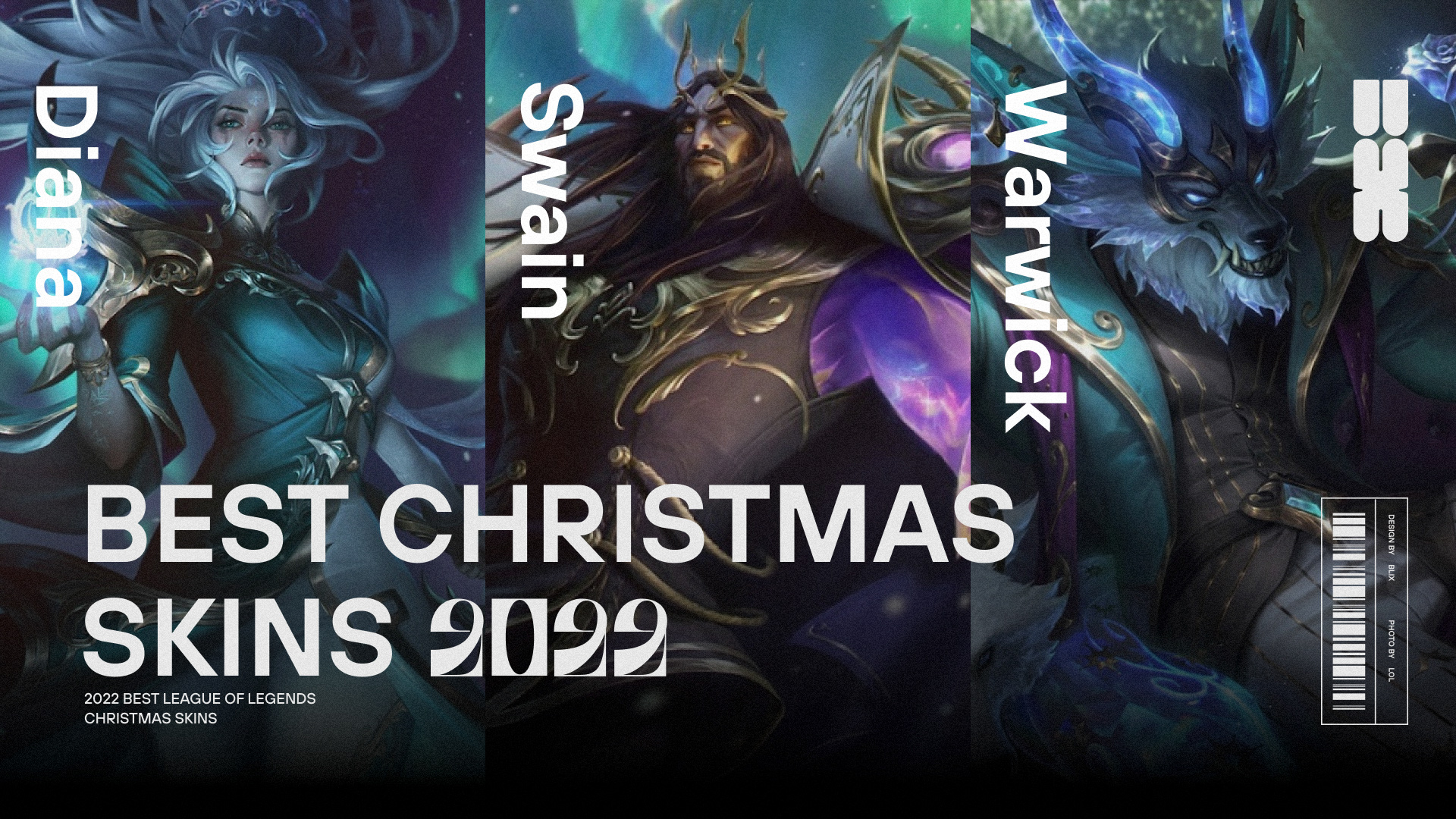 Finally, after 3 years of waiting, League of Legends Christmas returns with the Winterblessed skins! Instead of a more usual red-Santa-like skins and theming, Riot has decided to go with a more winter-magic theme for this year’s skins, which includes up to seven skins that will close 2022 with a very interesting skin set. Here at BLIX.GG we bring you what we think are the best ones so far.

The seven Winterblessed skins are: 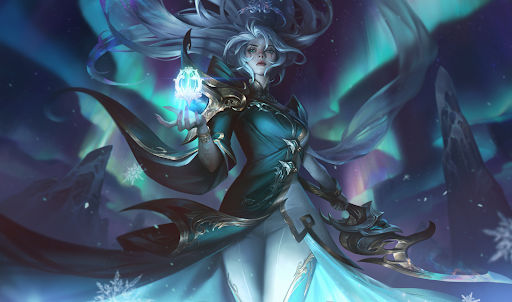 Out of all the designs of the Winterblessed skins, Diana seems to be the prettiest by a long shot. While still keeping with her distinctive features, like the crescent moon sword, the eye scars and the moon in the forehead, the new color palette, as well as the aurora-like design give her a very fresh look that at the same time fits so naturally in her. In game, she also seems to transition to a more purple base colors, with clearly distinguishable VFXs 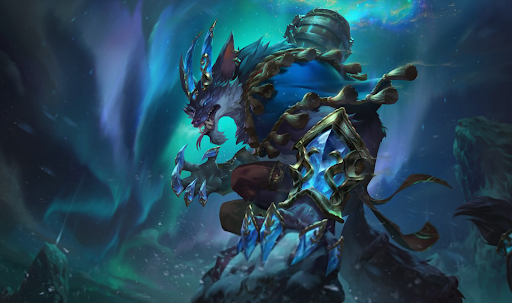 The first of the 2 skins Warwick is getting for this event certainly gives him a new vibe. With a new base fur color in purple, as well highlighting his claws and eyes glowing in gold and bright pink, Warwick manages to bring colorful personality to a supposedly pale Winter theme. His baking animation is very cool as well, one of the best ones in the set. 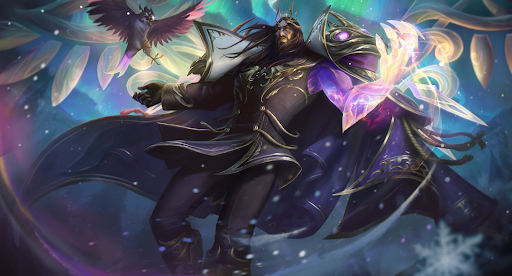 While Winteblessed Swain doesn’t have the best designs, with a suit and hair features that could easily be confused with other League characters, his VFXs in the game are the total opposite, being the best ones so far in this skin set. Even the basic attacks look very detailed, and abilities like his Q, W and especially his ultimate are incredible to see, with a lot of Violet and Gold that sometimes can remind you of Aurelion Sol abilities, but a lot better. 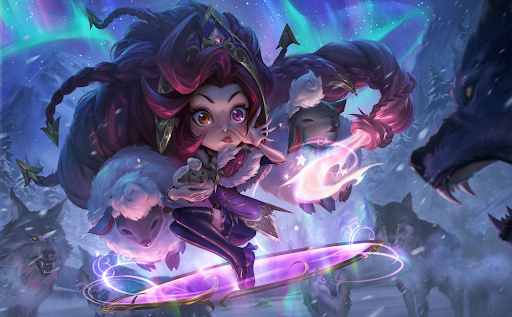 Winterblessed Zoe gets the award for the most original skin of all Christmas, enhancing the size of her already voluminous hair as well as turning it into a big, purple braid with a glowing tip. She’s also accompanied by some sheep that appear on some of her VFXs, such as the sleeping animation, as well as her paddles. While sometimes the sheep aren’t a perfect fit with the theme (especially in the backing animation), the cuteness they bring to the set compensates that by a long shot. 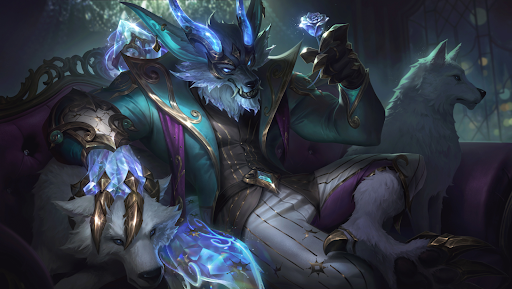 Prestige Warwick has managed to distance himself from Winterblessed Warwick, giving at the same time a prestigious aura and different personality — instead of just turning up the glow factor on the normal skin. His new suit gives him less of a wild aesthetic, further refined by his now crystal colors and gentleman backing animation. Last but not least, the icon that Warwick leaves when he activates his W to chase enemies is definitely the best part about this skin, showcasing an amazing design, with some cool details as the glowing right eye.