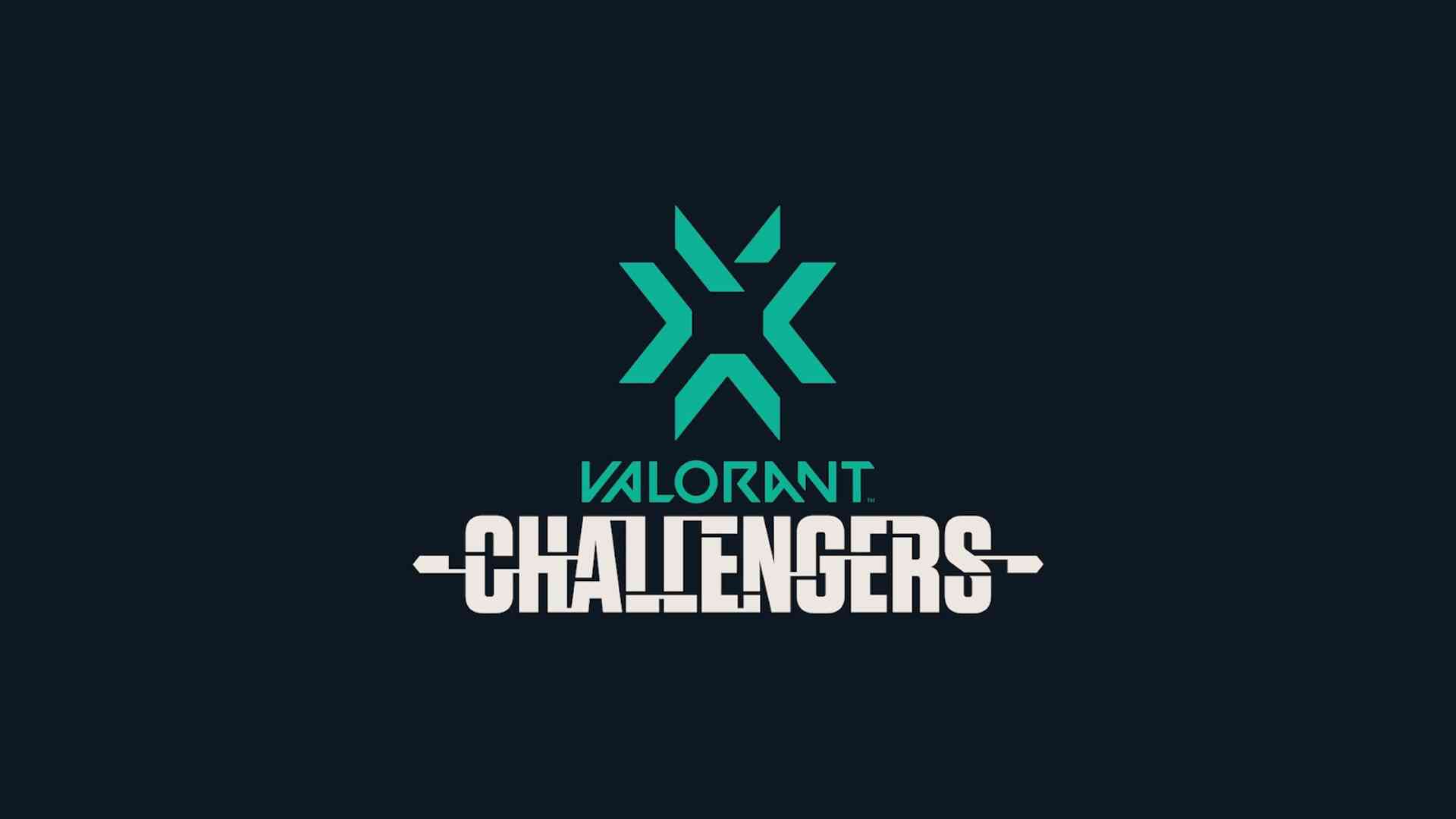 The start of the North American VCT Stage 2 Group Stage has been a story of excitement. Results are drastically different from the first stage, with every team being beaten once by Week 4. There are many storylines to follow, including The Guard’s slow start, Sentinels’ confusing phase, and The new 100Thieves. But one storyline has shown great potential: Evil Geniuses and their impressive performance.

As of week 4 of the Group Stage, the newly refined roster has a record of 3W - 1L. The world should note their performances, as the team’s latest victory involved taking down the 2022 Masters Reykjavik Champions, OpTic Gaming. 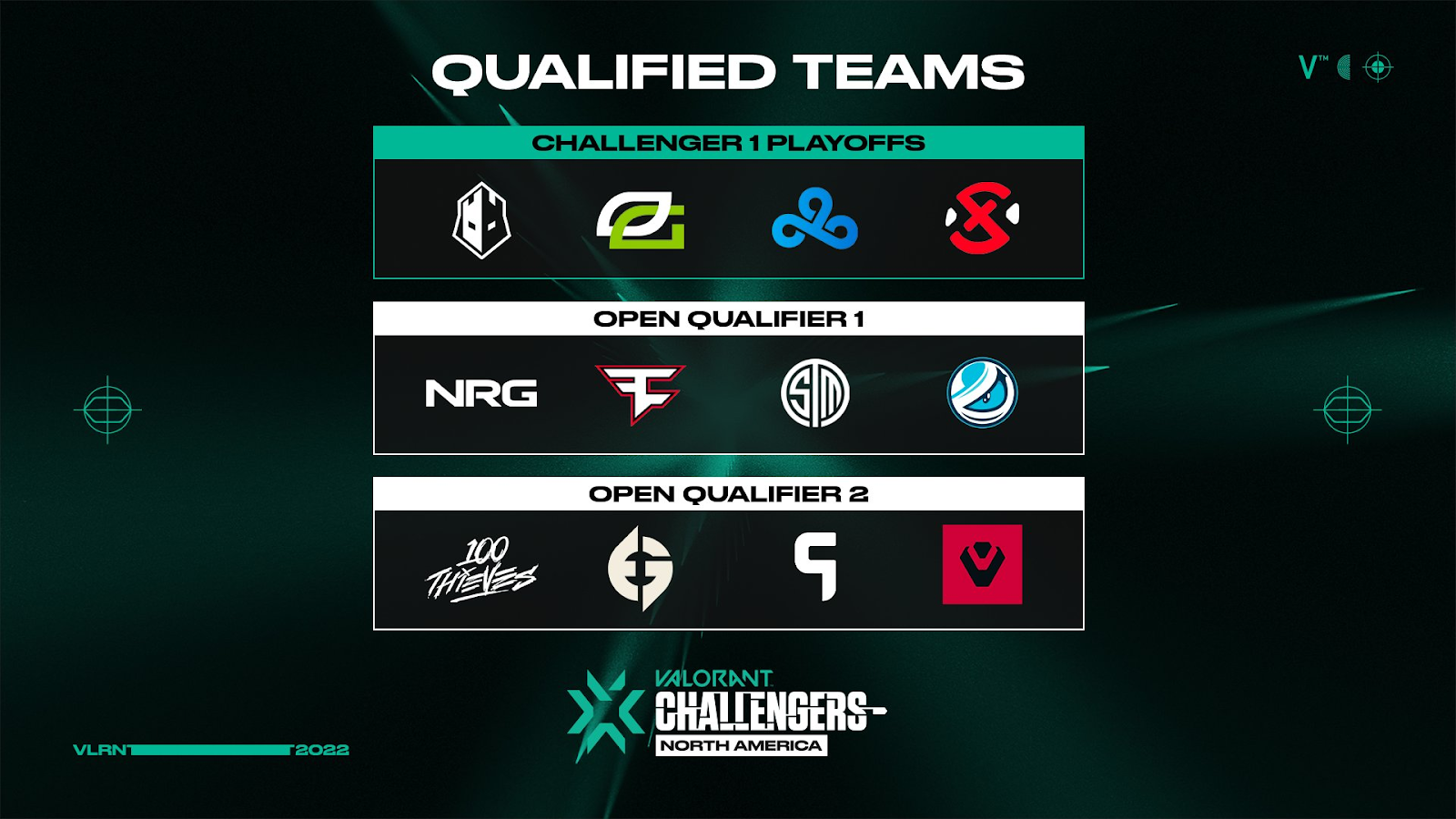 Evil Geniuses’ Group Stage debut was painful, as the team fell to Cloud9 after two close and hard-fought maps. Compared to their previous bouts in the first stage, this was a far closer affair between the two. But the first stage has long finished by now, and EG has to focus on winning with their new additions of Corbin "C0M" Lee and Vincent "Apotheon" Le.

EG came into stage 2 as underdogs, with their most promising performances coming from the second open qualifier, as they couldn’t cut it during the first, which is why the opening map of Icebox was an unpleasant surprise to Cloud9 fans, at least in the first half. EG had started strong, taking the early lead on their attack side with an 8-4 half. The second half would start with a comeback from Cloud9, followed by thrifty's, clutches, and heroic plays by both teams to close out regulation 12-12 and force overtime. In the end, Cloud9’s Kay/O and Fade combo had trumped EG’s Jett and Sova picks, narrowly taking the map at 15-13.

Cloud9’s map pick, Fracture, started similarly, but this time with Cloud9 taking the early lead. EG made a strong effort in the second half, at one point tying the game at 9-9. But after Cloud9 found how to lock EG out of both the A and B sites, they would nail EG to 9 rounds and win their map pick 12-9.

Ultimately, it was a good series for both teams. A common theme throughout was the battle of the Chambers. Both Kelden "Boostio" Pupello and Nathan "leaf" Orf led their teams in First bloods, utilizing the agent’s ability to take aggressive angles on every map, made possible by his “rendezvous” or teleport skill. A theme you will continue to see more of.

Week 2 was a bit of a “confidence” week for Alexander "jawgemo" Mor’s squad. Their next opponent was Sentinels, who had made two roster changes since the last Stage. With Eric "Kanpeki" Xu now in the starting lineup over Jared "zombs" Gitlin, and Shane "Rawkus" Flaherty back as head coach, expectations were up in the air. But there was no strong argument for Sentinels.

New recruit C0M would have his first notable performance of the group stage against the new look Sentinels. EG took the first map - Ascent, in a close 13-11 match thanks to this performance. In it, they won the last two rounds of the map after some reckless decisions by Sentinels and a 2v1 clutch by Jeffrey "Reformed" Lu.

The series moved on to EG’s map pick of Icebox, where another heartbreaker played out for Sentinels. Thanks to C0M stepping up in the series and helping out the likes of jawgemo, EG could confidently close out several clutch situations. This, together with visibly good chemistry, pushed EG just barely past Sentinels.

In a post-match interview, when asked if “people should stop sleeping on Evil Geniuses,” C0M mentioned:

“I do because we put in an immense amount of work…. And we’re showing up in matches… And we’re doing it as a team, not as pug-y; we’re doing it the right way… We’re the underdog… It’s only been a month of our roster… it’s an underdog story everyone could get behind.”

EG started turning heads after their week three performance against Luminosity Gaming. The team showed great planning and execution against one of the highest-rated players at the event so far. In only 35 rounds, LG was sent packing in an embarrassing 2-0 stomp. LG is of the few teams who don’t have a “dedicated” Chamber player in this meta, which proved to hurt them in this series.

jawgemo led the way for his team, playing Jett on Icebox and Raze on Bind, but right behind him was Boostio, who continues to strive with his Chamber. The lopsided results started talks between NA fans and viewers, discussing the potential of this new EG lineup. This has happened before; this EG lineup is slowly beginning to look like Stage 1’s The Guard.

Skip to the present; EG has just made a statement with their latest victory. In a grueling 69-round series, the underdogs have just taken down the latest international gold medalist, OpTic Gaming.

So how exactly did they do it?

The series started on OpTic’s map choice of Bind. There was one interesting difference between the two’s agent lineups. OpTic had opted for the more standard double smoke lineup with Viper, Brimstone. Raze, Chamber, and Skye, while EG replaced Viper in favor of the newest agent, Fade. Was this choice key? Perhaps, as the only other team so far to pick the agent in Bind is NRG. But the clear difference-maker was in the performance of jawgemo, who once again showed off his masterful Raze. And Boostio, once again, was consistent with his Chamber, who has become a staple in the meta throughout the four weeks.

Bind went the way of EG, 13-8, but up next was Split. It was EG’s pick, but both teams had gone with interesting agent choices. EG had gone for Raze, Skye, Astra, Breach, and Cypher, while EG had gone nearly completely different, picking Chamber, Astra, Breach, and their signature Kay/O and Neon. The game was close until the two traded rounds near the end, leading to OpTic taking the map 13-11.

The game was interesting, as both team’s stars weren’t at the top of the scoreboards, a rare sight to see for jawgemo and Jaccob "yay" Whiteaker. 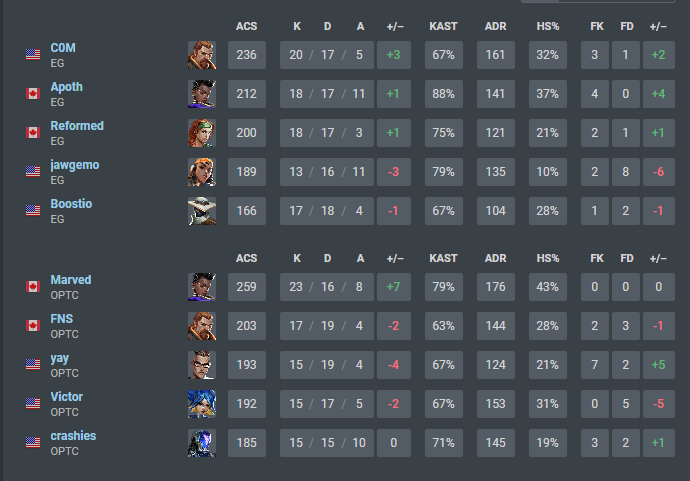 Thanks to another ice-cold Jimmy "Marved" Nguyen performance, OpTic extended the series to map 3, the decider, Ascent. EG locked in their triple initiator composition, taking Fade, Sova, and Kay/O, which are some more conventional picks on Ascent. OpTic, on the other hand, went with Fade, Breach, and Yoru, opting for only two initiators and betting on Yoru’s playmaking capabilities. 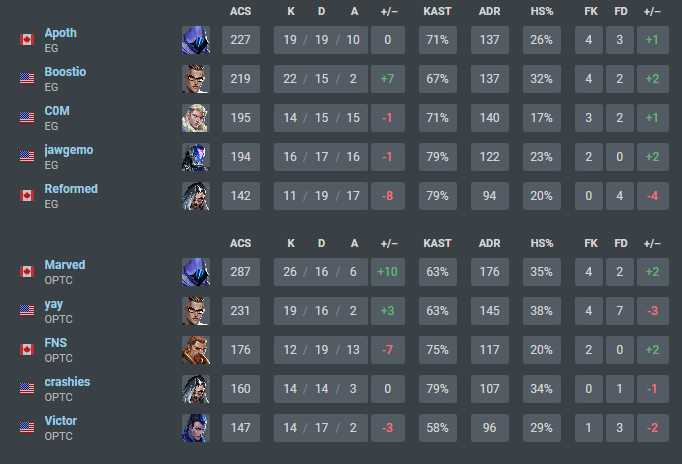 Looking at the scoreboard alone, it’s hard to tell which team won. Because that’s exactly how the game went; completely unexpected and full of surprising and unexpected moments. In the end, OpTic blew an 11-7 lead, losing the final six rounds in a row. Receiving their first loss since winning Masters Reykjavik 2022.

But one thing has been clear all Group Stage, Boostio has been consistent with his Chamber. Whether that’s thanks to the agent, his individual skill, or both, he has been an important piece to this team. With him and jawgemo, Evil Geniuses have a strong case for becoming the Stage 2 North American Champions.

New names are rising up all around the world, don't be surprised if EG isn’t the only new face you’ll be seeing in Copenhagen.

Taking a closer look at EG’s four weeks won’t show a full picture, but it can give us some understanding. So far, the team's best maps are Bind and Ascent, with a 2W-0L record, 17 rounds won, seven lost on Bind, 15 won, and nine lost on Ascent. These were against OpTic, LG, and Sentinels. The team picked the same agent composition of Breach, Chamber, Fade, Raze, and Skye through the two wins on Bind.

On Ascent, however, the team’s initial composition of Chamber, Omen, Sova, Kay/O, and Raze against Sentinels was slightly changed against OpTic. In their fight against the Master's Champions, Raze was replaced by Fade, as mentioned earlier. Both times seemed to have worked for the team, with both ending in 13-11 victories for EG.

Their most played has been Icebox, played three times in 4 weeks. They have a 2W - 1L record, the only loss being against Cloud9 in Week 1. The team has also stuck to one composition throughout these three matches, that being the conventional Chamber, Jett, Sage, Viper, and Sova.

The team’s specialty agents are clear. Boostio’s Chamber and jawgemo’s Raze. The two make a strong combo, but only time will tell what the duo can reach together.

Make sure to catch the action live on the official VCT Twitch and Youtube channels.