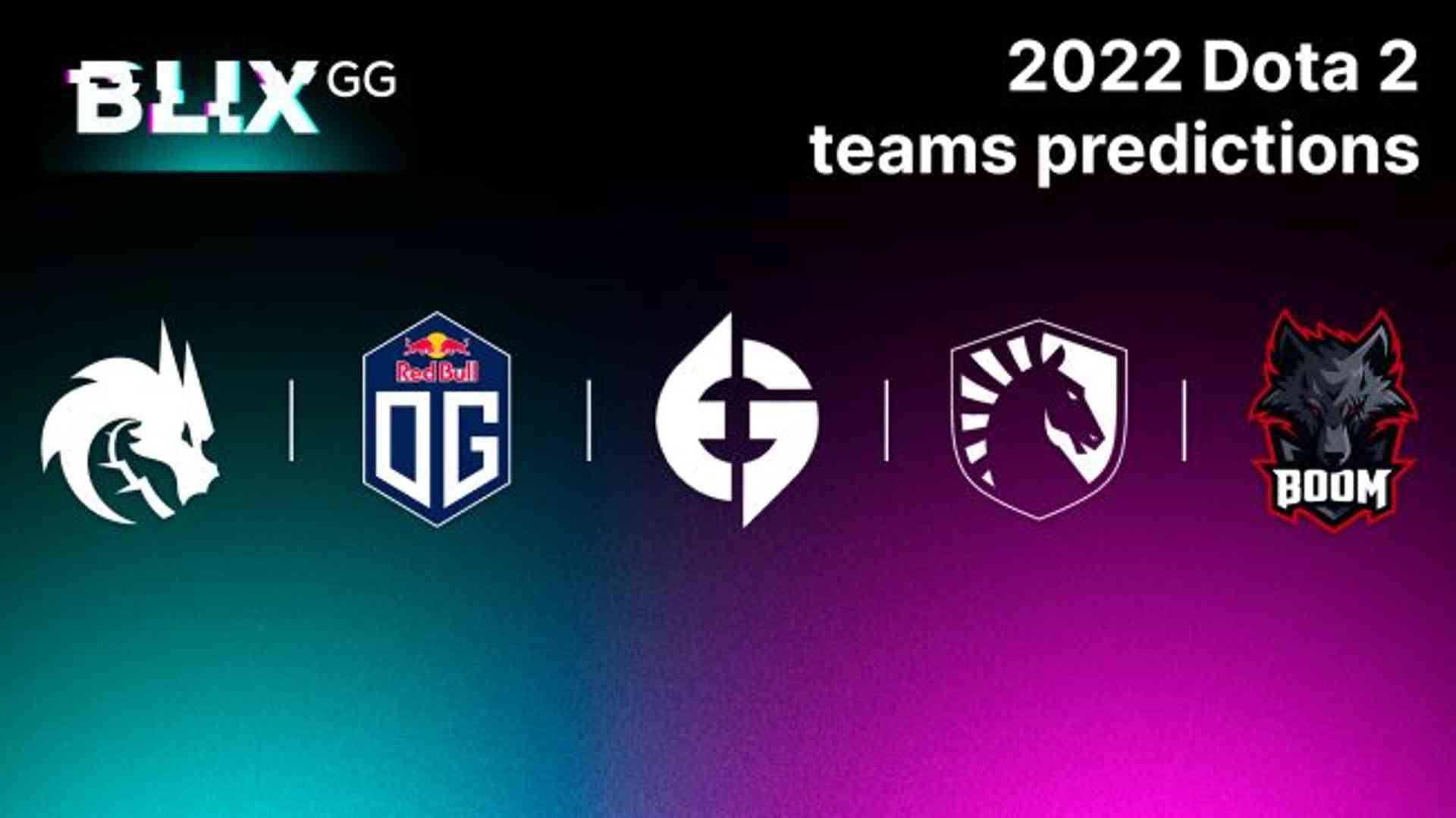 COVID-19 had a negative impact on almost every aspect of life — including esports and Dota 2. The virus basically shut down the DPC in 2020, postponing the scene’s most significant event, and one of the biggest in the world of online gaming; The International.

2021 saw the event postponed yet again, but in October we finally got the chance to see the best teams in action. Despite not being the favorites, Team Spirit managed to deliver its knock-out punch and became the second CIS team after Na`Vi to win the event.

The newest DPC season began for most regions in late November. This means we are yet to see what will happen with the most promising teams. Speaking of the devil, this article will try to point out our picks for the teams to watch this season. Some have already shown their prowess, whereas others have yet to prove they are among the best.

And, judging from Team Spirit’s recent performance, it seems like the CIS monsters are on the right track to follow in their footsteps. Alexander “TORONTOTOKYO” Khertek and the rest of the team are yet to lose a map in Eastern Europe’s DPC Division I.

But, what’s even more impressive is the way the team plays. Team Spirit rips through its enemies, proving this roster is among the best in the world.

There’s no doubt Team Spirit will do everything it can to get one of the slots for TI 11 and try repeating OG’s two consecutive victories. We don’t know whether it will happen, but the roster definitely has what it takes to win TI again. That’s what makes them such an important team to follow this year.

The second team that we have to keep an eye on in 2022 is OG. After winning the most prestigious event in Dota 2 consecutively, OG has had some roster changes. Despite adding Syed Sumail “SumaiL” Hassan to its roster, the European team failed to live up to most people’s expectations at TI 10. As expected, this led to yet another roster change, but this time it was far more drastic.

Instead of replacing some of the players, Johan “N0tail” Sundstein decided it was time for a fresh start. As a result, OG now has five new players; most of whom haven’t played in the Tier one Dota 2 scene before. Two of the team’s cores are only sixteen years old, but they’ve already proven themselves as some of the best in pubs. Therefore, it’s only a matter of time before they start dominating the pro-Dota 2 scene.

Many Dota 2 fans remember the days when North America used to be one of the best regions. Unfortunately, since EG won TI 5 it seems like NA is always trying to play catch up. Despite the many roster changes in the region, EG still remain the only NA team that can challenge the best. Although Evil Geniuses isn’t having the greatest start to their season in NA’s Division I; the team definitely has unlimited potential.

TI 10 did not go as expected for the powerhouse, leading to drastic roster changes. Instead of switching some of the core players like other teams usually do, EG decided to get a new captain and offlaner. After spending several years with the team, Daryl Koh “iceiceice” Pei Xiang and Tal “Fly” Aizik decided it was time to change. This led to the arrival of Jesse “JerAx” Vainikka and Egor “Nightfall” Grigorenko. The latter used to be a part of some of the best CIS teams, where he played in position 1.

Since the team’s roster change they’re yet to really show us what the new lineup is capable of. But undoubtedly, once they find their feet together, EG will continue to be a force in the region.

China has always been one of the most competitive regions in Dota 2. Many of the best teams in the world have come from Asia, especially in the last couple of years. Although a Chinese team hasn’t won the most prestigious event in the game since Wings Gaming lifted the trophy in 2016, some of the best squads in the regions have come pretty close. Perhaps the most notable team is PSG.LGD, easily of the most dominant Chinese teams.

One of the things that makes PSG.LGD stand out is the team’s consistency. Despite not yet claiming the aegis, the roster is consistently among the best. Wang “Ame” Chunyu and the rest of his team continue to show their prowess in the current DPC season, meaning they’ll likely be among the TI favorites yet again.

After several years of recovering from the current Nigma’s roster departure, Team Liquid is finally back where they belong. Although the team was unable to shine during TI 10, since their roster changes, Liquid seems reborn.

The addition of Lasse Aukusti “MATUMBAMAN” Urpalainen didn’t seem that special on paper, but the Finnish superstar transformed the team.

MATU allowed Team Liquid to utilize new heroes that were “inaccessible” before the roster changes. As a result, the team is unpredictable, making for exciting match-ups, which is always a plus.

The last team we’re expecting to play an important role in 2022 is BOOM Esports. The SEA Dota 2 scene has been relatively quiet over the last couple of years. Fnatic and TNC are usually the two leading forces in the region, but the 2021-2022 DPC shows that there is a new name that others have to be aware of.

BOOM Esports became popular back in 2018 when they began to show their dominance in the regional qualifiers for Valve’s Majors. Unfortunately, their initial successes were short-lived as the roster struggled to maintain a constant level of performance.

Since then BOOM has been experimenting, and it seems like the countless roster changes finally gave them the results they were looking for. The new roster is among the best in the region. In 2021, BOOM Esports managed to defeat Fnatic, as well as several big names. Who knows, this year they might even have what it takes to bring down the mighty western Dota 2 teams.