7 tips to defeat Liquid on Mirage 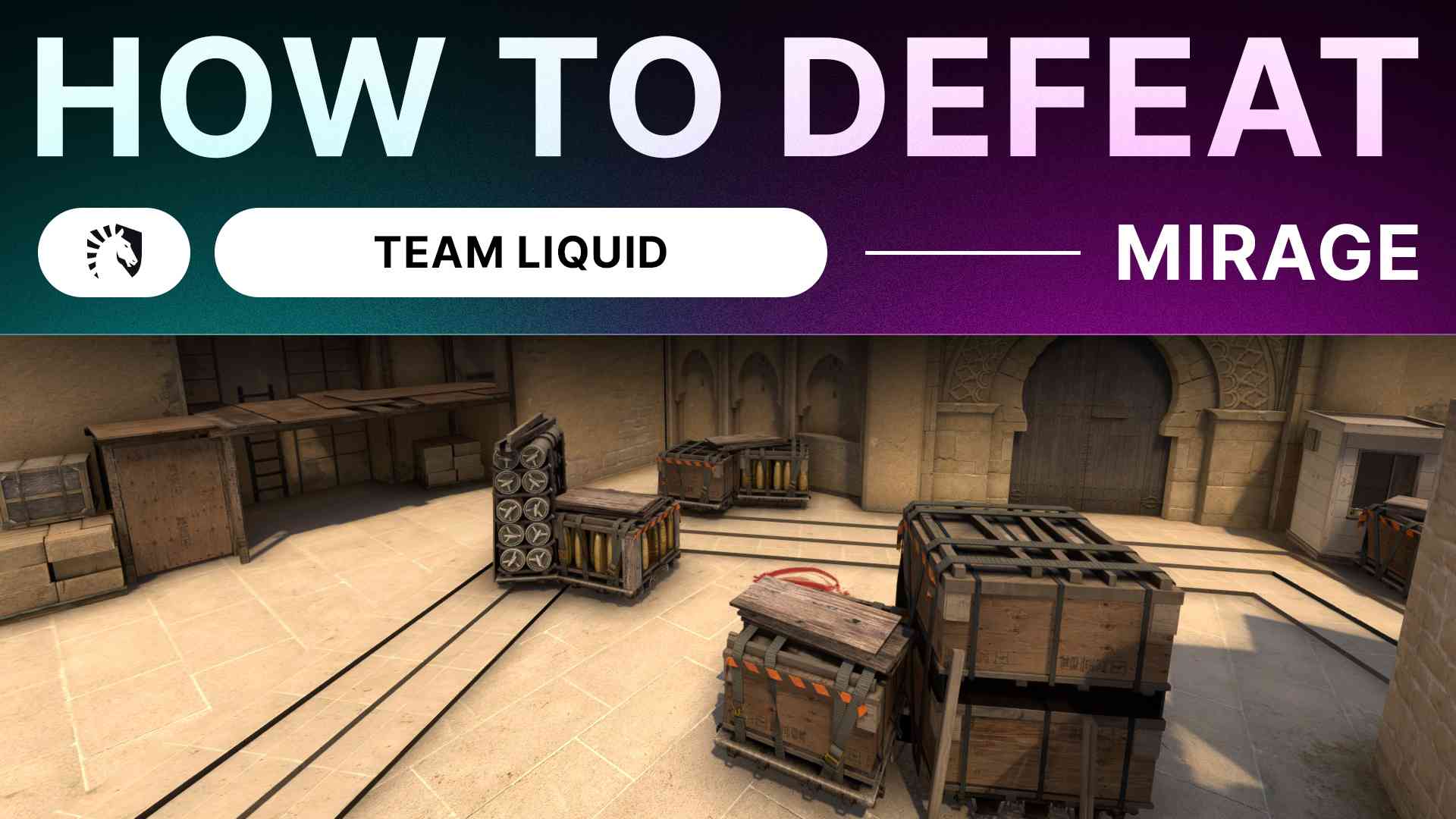 On the eve of the start of ESL Pro League S15 group C, I'm here to introduce specific points of Team Liquid's playstyle on one of the maps, Mirage.

My main job as an analyst is to break down the opponent in preparation for my team's upcoming matches. Today, I broke down the recent performance of Team Liquid on Mirage and pointed out the main issues.

Here's what could help you beat Team Liquid if you ever have the pleasure to meet them on Mirage. Enjoy :)

oSee focused too much on playing inside connector and ticketbox midround

It's not a very surprising tendency overall, but if we look at Josh "oSee" Ohm's heatmap, he tends to veer too much to two points on the map in the timeframe from 1:30 to 1:00. 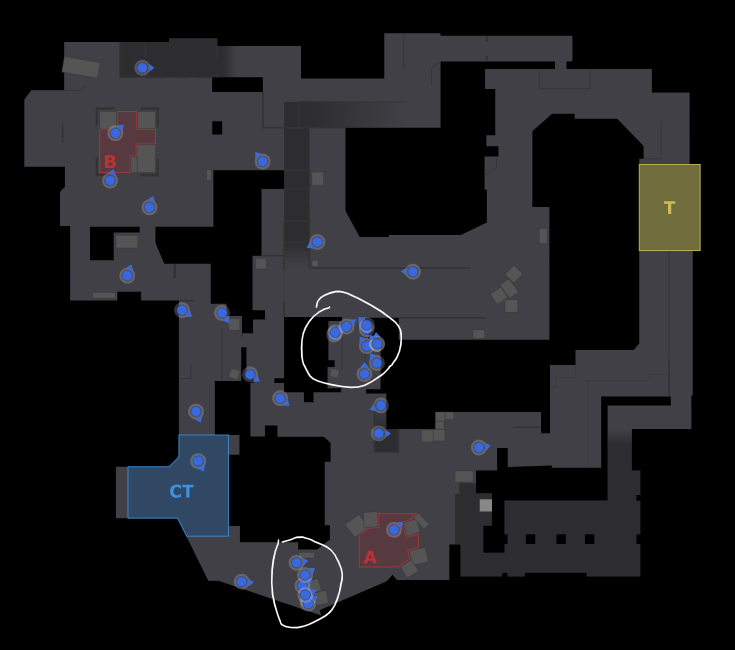 The tell is not that deep, but it helps to understand from where to expect the American AWPer.

Late incendiary ramp in the beginning of the round

It's a very specific moment that could be abused with different early aggressive moves towards A site through ramp.

Team Liquid A players start the round with a bit of a delayed ramp incendiary nade - the usual timing of landing is from 1:48 to 1:46. Opponents of the American team could use it to make an early ramp peek with an AWP or rush A through the molotovs.

Playing as a CT, Team Liquid likes to deal out some early damage to their opponents at top mid. In more than 65% of rounds in their last four matches, Liquid threw an HE towards the top mid-corner or a 1:45-1:40 incendiary behind top mid boxes. Sometimes they throw molly+HE, which can inflict a lot of damage on their opponents. 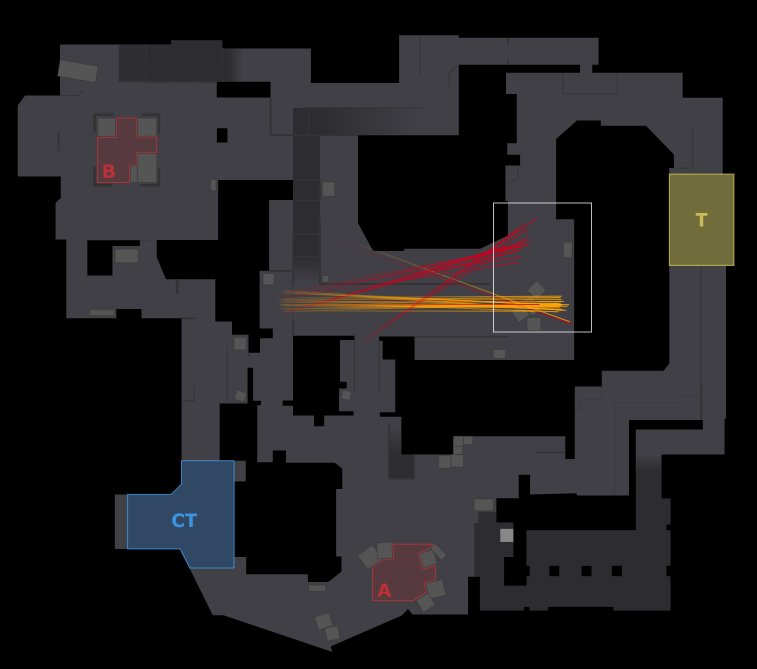 Liquid do a lot of aggressive plays towards ramp

It's just a moment to be aware of. Among all of their aggressive plays, ramp is the team's favorite one. An aggressive move could happen on early timings, but in general, Liquid prefers midround aggression.

Keith "NAF-FLY" Markovic enjoys being in palace, which I can understand - it's a great place to lurk. However, he has a couple of specific favorite angles he holds. 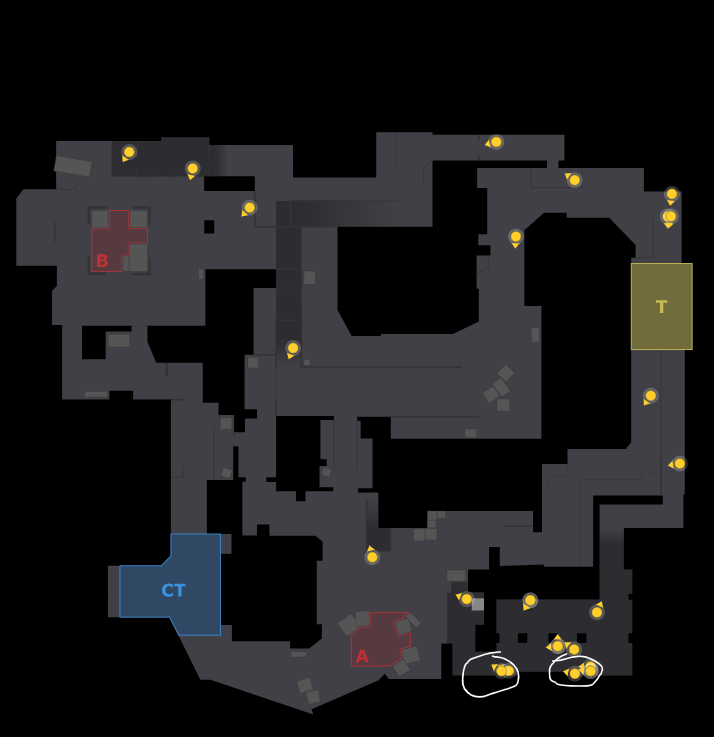 They don’t do 5-man one direction pushes

Liquid prefers to end rounds with 4+1 / 3+2 splits and almost never ends the round with a full team going from one direction.

Free ticketbox without smokes either molos

It's just a small note, but this hole can be abused in some rounds by A players or by an AWPer. In their last 28 rounds played, Liquid players haven't thrown a single smoke towards ticket box and thrown only two molotovs there.