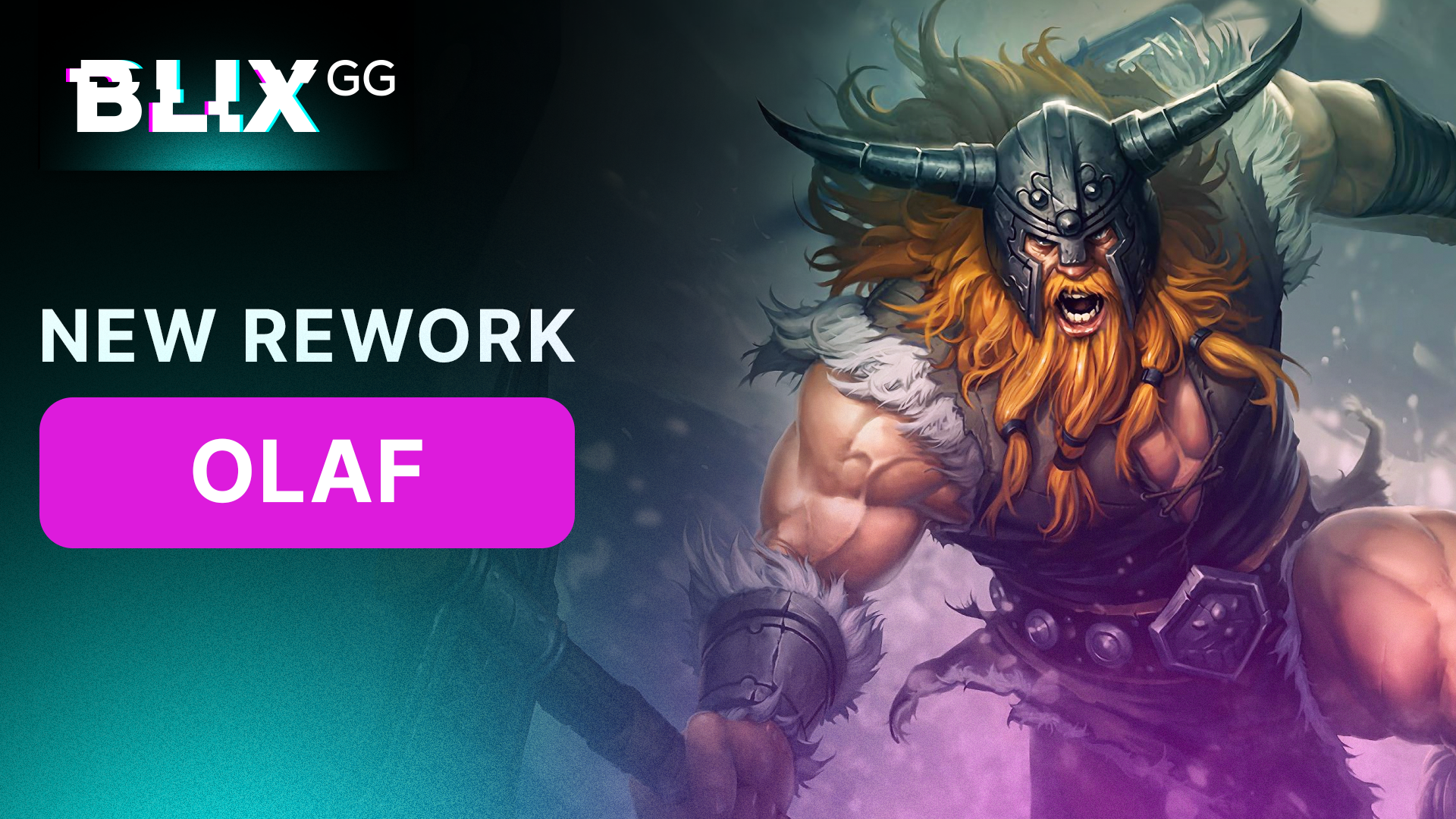 Olaf is one of the oldest champions of the League of Legends. He appeared back in 2010 in the very first season. By the way, during all this time, Olaf had only one rework in patch 3.12 in the middle of season 3. And those updates have remained unchanged to this day. A few weeks ago, August - Lead Champion Designer of the Riot Games announced that, along with Taliyah, Olaf also welcomes his rework. 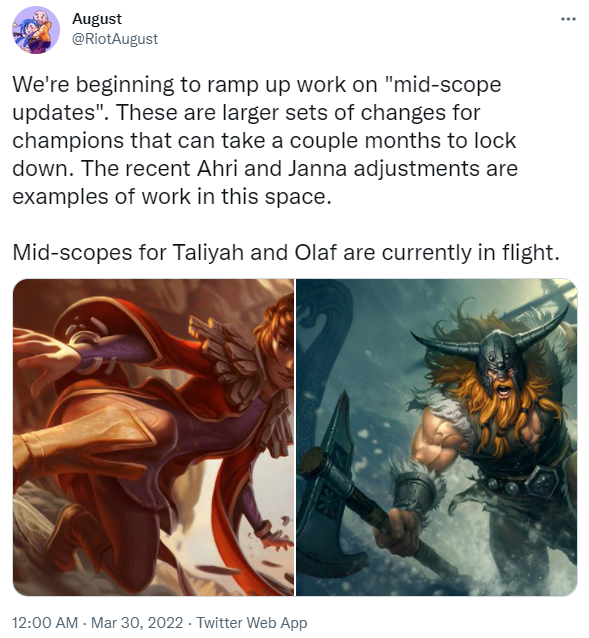 After this post on Twitter, everyone began to wait for the release date of the update on Olaf and Taliyah. This was supposed to happen in patch 12.9 or later. Since patch 12.8 is the changes on which the MSI 2022 tournament in South Korea will take place, and it is unlikely that such major changes will be made to this tournament. But today on the PBE server, as part of the testing of patch 12.8, new updates appeared and they touched Olaf. So let's figure it out. Is this the same rework that was promised or just minor changes to the champion? 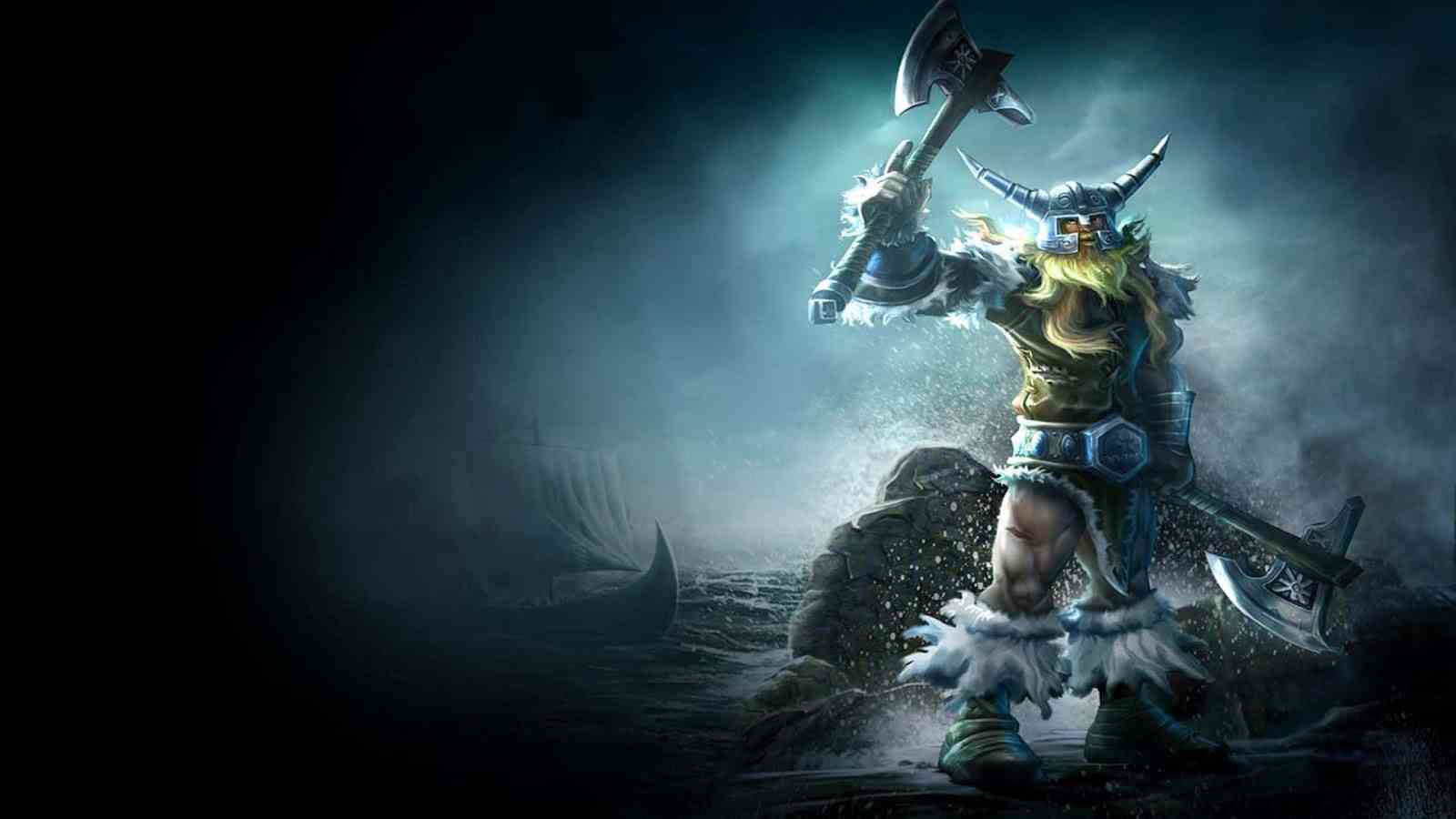 Overview and comparison of skills

I would like to start with what has not changed on Olaf. On the PBE server, no changes were made to his E. Reckless Swing is a very strong dueling spell, sacrificing his health, Olaf inflicts True Damage on the enemy, which depends on the AD parameter of Olaf.

Let's move on to Olaf's passive skill, which allowed Olaf to be dangerous even at minimum health indicators.

Strange, but the new changes only improve Olaf's already strong ability. From now on, he will not only increase his attack speed from lost health, but also receive Life Steal. So to say, the Viking will beat his health out of the enemy with his axes. A true Viking.

Olaf Q also received improvements. The new “Undertow” will not only slow down the enemy, but will also break the enemy's defensive parameter. The damage and slows from the ax remain the same, so this spell also gets a very strong buff. After all, Olaf could not afford to collect items to break through the defenses of opponents. But now it has this built-in parameter.

It would seem, how can one strengthen an already strong gain. Riot Games found the answer - they added a shield that depends on Olaf's health on W.

Yes, Life Steal is no longer here, but let me remind you that it was moved to the Olaf’s passive. Thus, Olaf did not lose his sustain, but simply got added a Shield.

Well, the icing on the cake was his Ultimate Ability. Let me remind you that Ragnarok allows Olaf to completely ignore all Control Effects on him, which means that nothing can prevent our Viking from dealing damage to the enemy. And to this crazy-parameter, the developers decided to add infinity. And it would be more correct to say not infinity but prolongation. From now on, Ragnarok will only last 3 seconds, instead of 6 before, but each basic attack against the enemy will extend the duration of Ragnarok by 2.5 seconds. So you will be Ragnaroked while you are attacking the enemy.

I perfectly understand what difficult questions were put before the developers when creating this Rework. We need to keep the Viking the same look that he has from the first season. But it also needs to be implemented into the game, which has become much more dynamic than it was before.

As for me, the rework turned out to be very good. The only worrying thing is that currently Olaf has 48-49% w/r among all champions, which means he is slightly weaker than the meta champions. And here we definitely see a strengthening of 4 abilities out of 5, I hope that such changes will not lead us to another forced nerf. But this is only a PBE-Testing so far, let's wait and see what happens.