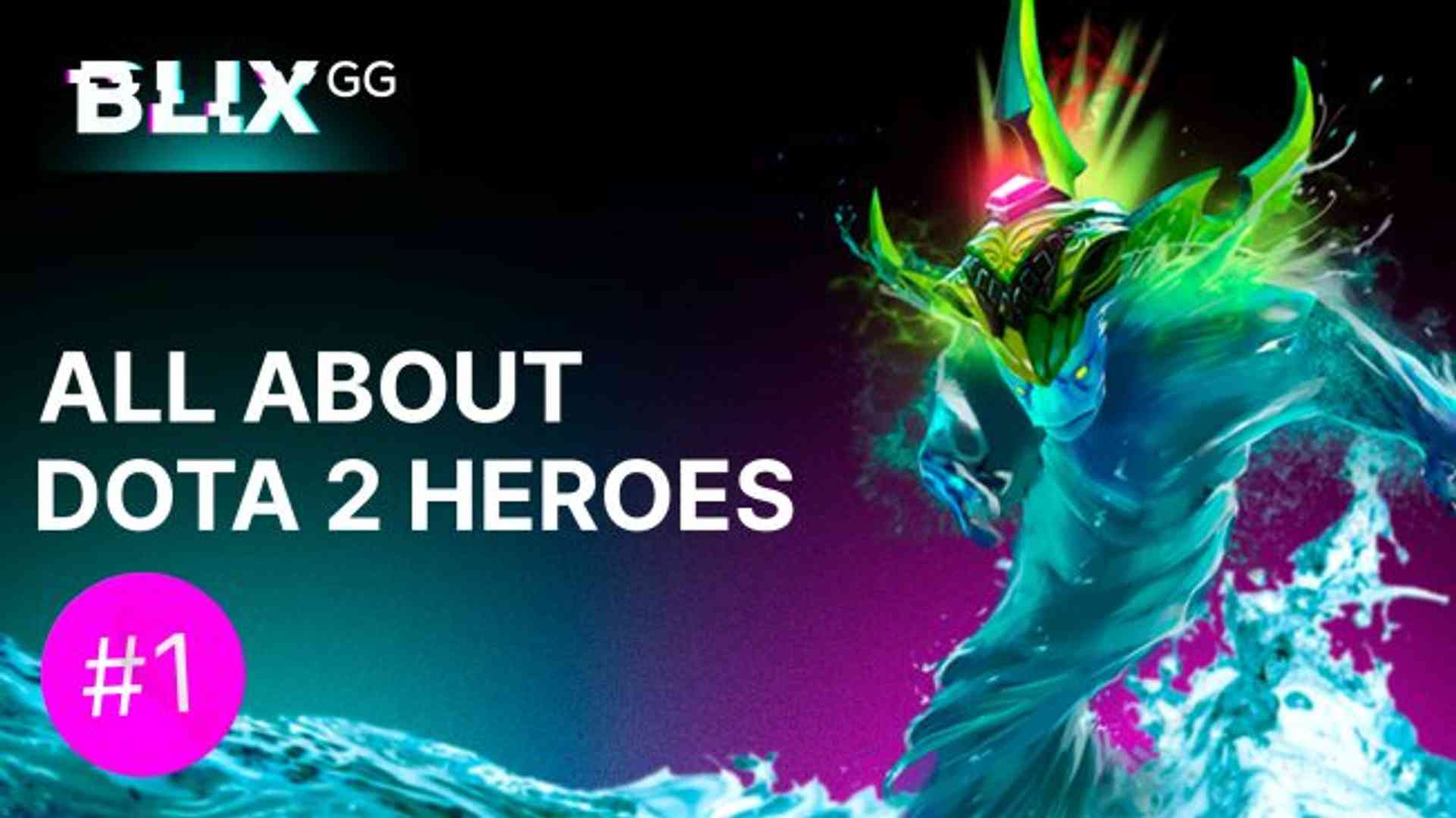 Dota 2 is one of the most challenging esports games of our time. It all started with a closed invite-only beta nearly ten years ago — and today the game is played by hundreds of thousands of people around the world every day. Dota has its own esports ecosystem with online leagues and major tournaments. The prize pool amounts for The International, the annual Dota World Cup, beat their own records year after year.

However, learning to play Dota is far from easy. Dota 2 falls under the MOBA genre (Multiplayer Online Battle Arena).

There are two teams, Radiant and Dire, opposing each other, and to achieve victory, one has to destroy the enemy’s Ancient, a huge central building on the base. Computer-controlled automated troops fight in each of the three lanes between the game’s main objectives. However, a special role, of course, is assigned to the players and their heroes; after all, they are the decisive factors in every game in Dota.

Dota’s main characters are fictional, each with a unique story and personality. When the game first launched, there were about 40 heroes in any player’s arsenal, but today the number surpasses 120. On average, the game’s developer Valve Co. adds one or two heroes per season, usually around the TI.

Such an extensive roster of characters is good and bad for one game. Unfortunately, the list is confusing, and Dota 2 beginners are lost in the choice, but still, you can pick up several characters for yourself.

And in order to better understand the characters of the game, in this text, we will tell you all the most essential things about Dota 2 heroes: origins, gameplay styles, imbalanced ones, heroes for beginners, and so on. Of course, it’s impossible to cover all 122 heroes in one piece (and even in a dozen), but we’ll talk about the general features of all heroes, how they work, and what players should do on the battlefield. 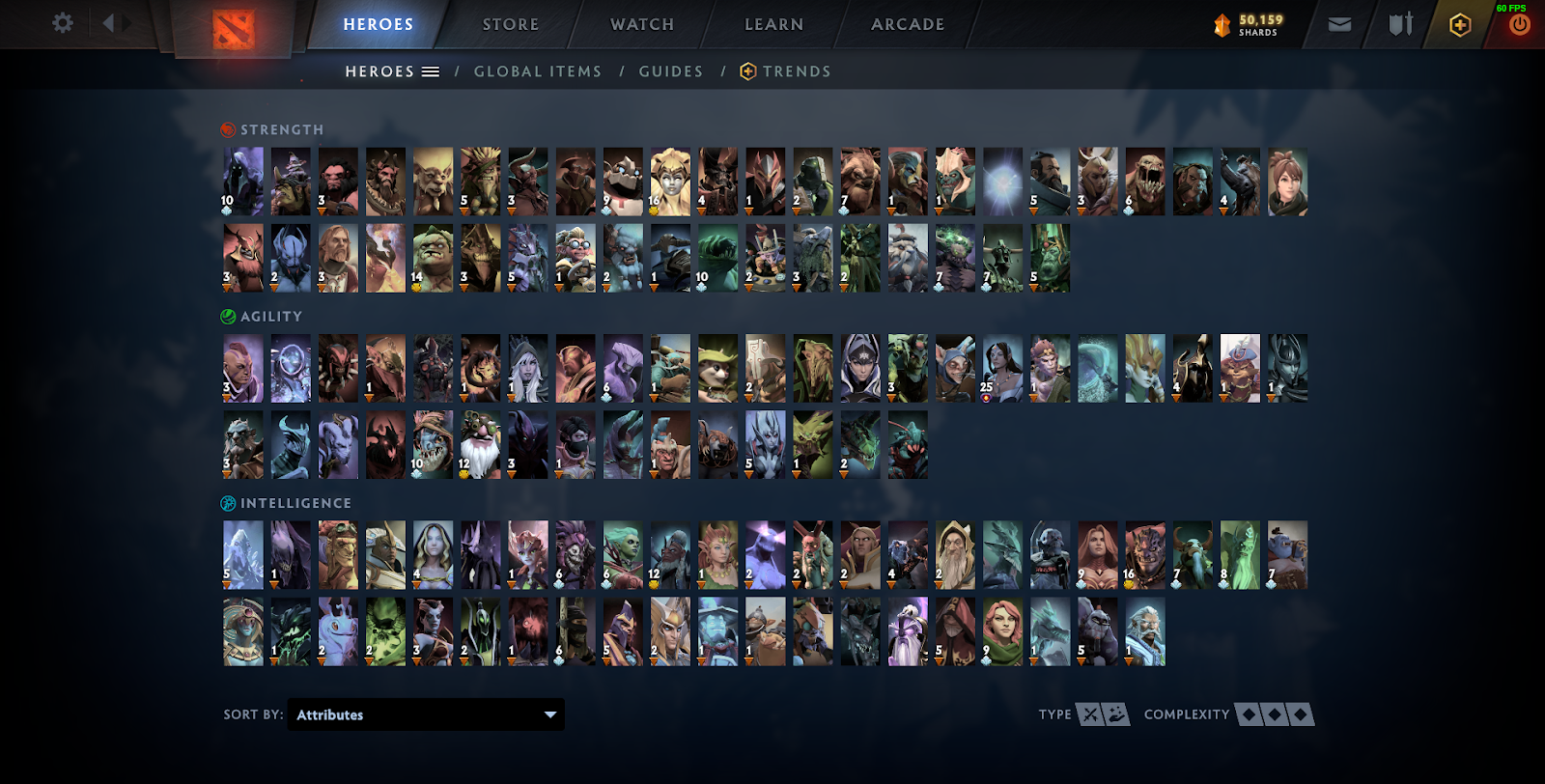 Dota 2 is a very intelligent, complicated, and difficult game, and it’s all about it. The developers are trying their best to keep it from becoming casual. Think about it: each one of the 122 heroes is unique in its combination of skills, and when we say unique, we mean it. There are no heroes in Dota whose abilities would copy each other, just being slightly corrected visually. All this is thanks to a very complex system of types of damage, control, target selection, healing, regeneration, auras, attributes, resistances…

But let’s not touch on the gameplay mechanics. We are here to understand the characters themselves better.

HOWEVER, DON’T LISTEN TO THOSE WHO SAY THERE ARE WEAK HEROES IN DOTA. THIS IS NOT TRUE. IN DOTA, ALL HEROES ARE STRONG; YOU JUST NEED TO USE THEM CORRECTLY.

Each hero in Dota 2 has its own story, something the developer deserves massive credit for. Each character carries their past behind them, and the game scatters reminders of these stories throughout. The phrases that characters exchange on the lane in a match or say when buying items; the description of skills and cosmetic items; the biography texts in a special section of the game; the accompanying comics and videos; and more recently even in the animated series on Netflix. The only thing holding people back from discovering lore about the characters they like is their own motivation. Just take a look for information about the character you like — each hero has a significant background. Maybe you can even find your soulmate!

Now let’s dig a little into the game itself. To begin with, let’s talk about the characters of the game without reference to roles and positions on the map. If you’re interested in finding out more about the basics of gameplay, you can check out our guide.

Heroes in Dota 2 are divided into three categories, which are related to their main attributes:

All the characters in the game have these stats, but each has only one main attribute; you gain more points when you level up, which affects the character’s damage. 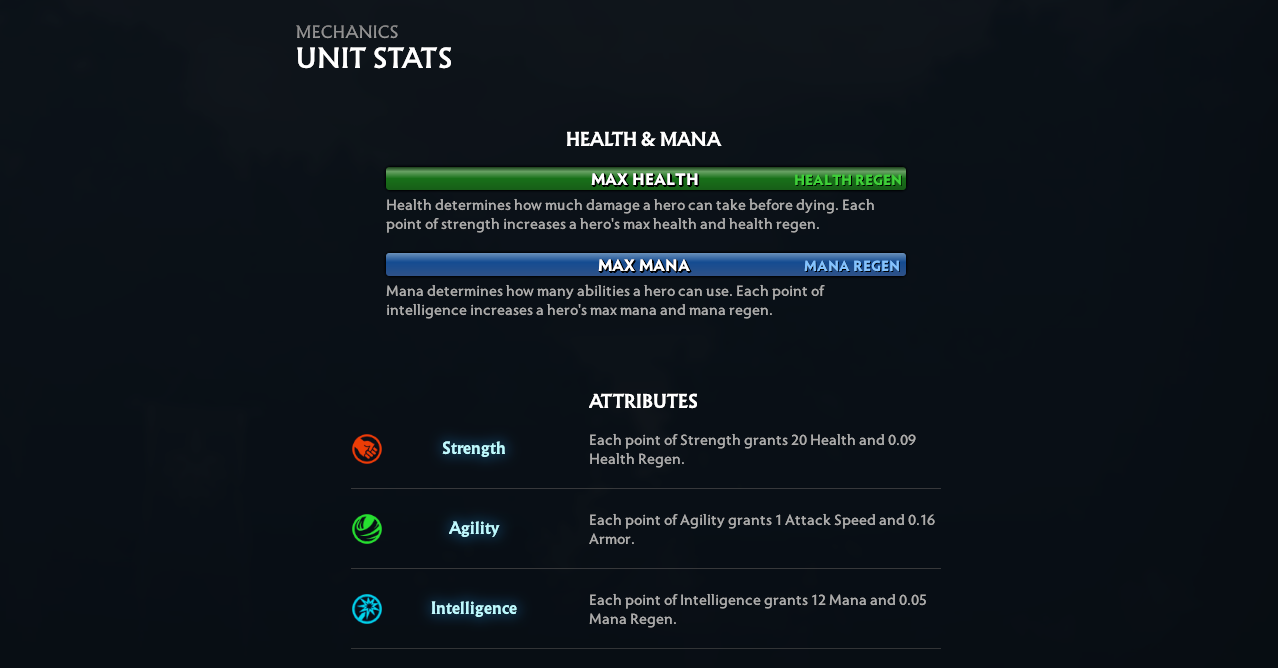 As you can see, the attributes directly affect the characteristics of one hero; attack, damage, defense. All this adds up to create the general picture of the character’s potential. A hero with a lot of Strength and little Agility equals a hero with high health, but little armor, making them easily penetrable, and so on…

Each attribute offers hints at what the hero is best at. Strength picks go first and draw attention, Agility characters inflict substantial physical damage, Intelligence heroes either help the team or contribute magical damage, (or both).

AN INTERESTING FACT: EARLIER, HEROES WERE DIVIDED INTO EVIL AND GOOD, BUT THIS WAS ABOLISHED.

A vital role in Dota 2 is assigned to stats; they relate to everything. Health indicators, attack, speed, etc. So get ready, there will be a lot of them ahead, but only those that relate to heroes.

To win the map, you need to strengthen your hero. This is achieved by gaining levels, as well as through farming gold and purchasing essential items. Experience and gold are given for killing creeps (computer-controlled minions) and killing enemy heroes.

Heroes have the following stats: