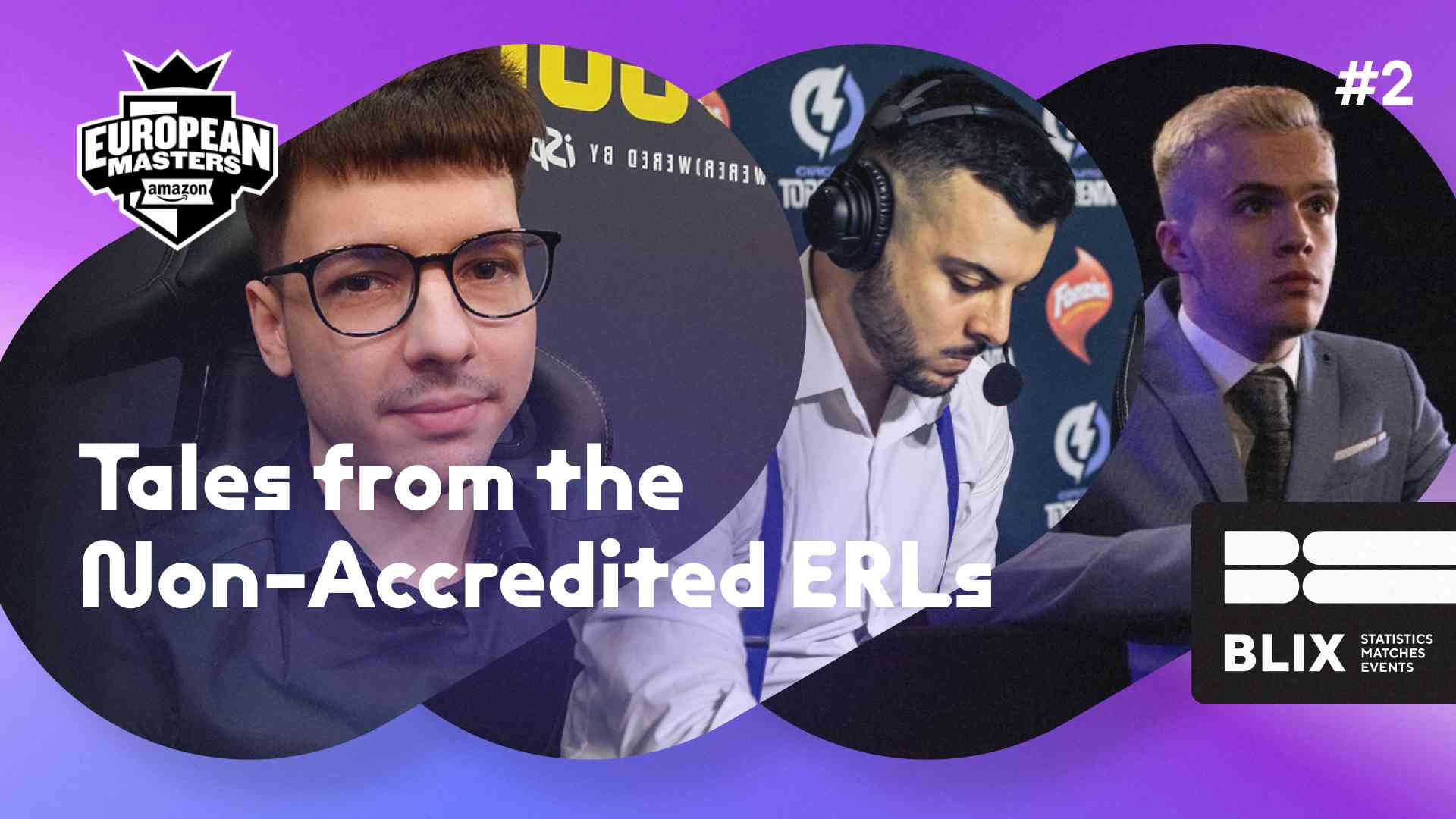 We took a tour to Greece & Cyprus, the Benelux, and Portugal before the start of the Amazon EU Masters 2022 Summer Play-ins, but we still have three more European Regional Leagues (ERLs) to cover.

In part two, we finish our journey with the PG Nationals, the EBL, and the Hitpoint Masters. Once more, we speak with local casters who preview their representatives and what they expect from them going into the tournament. 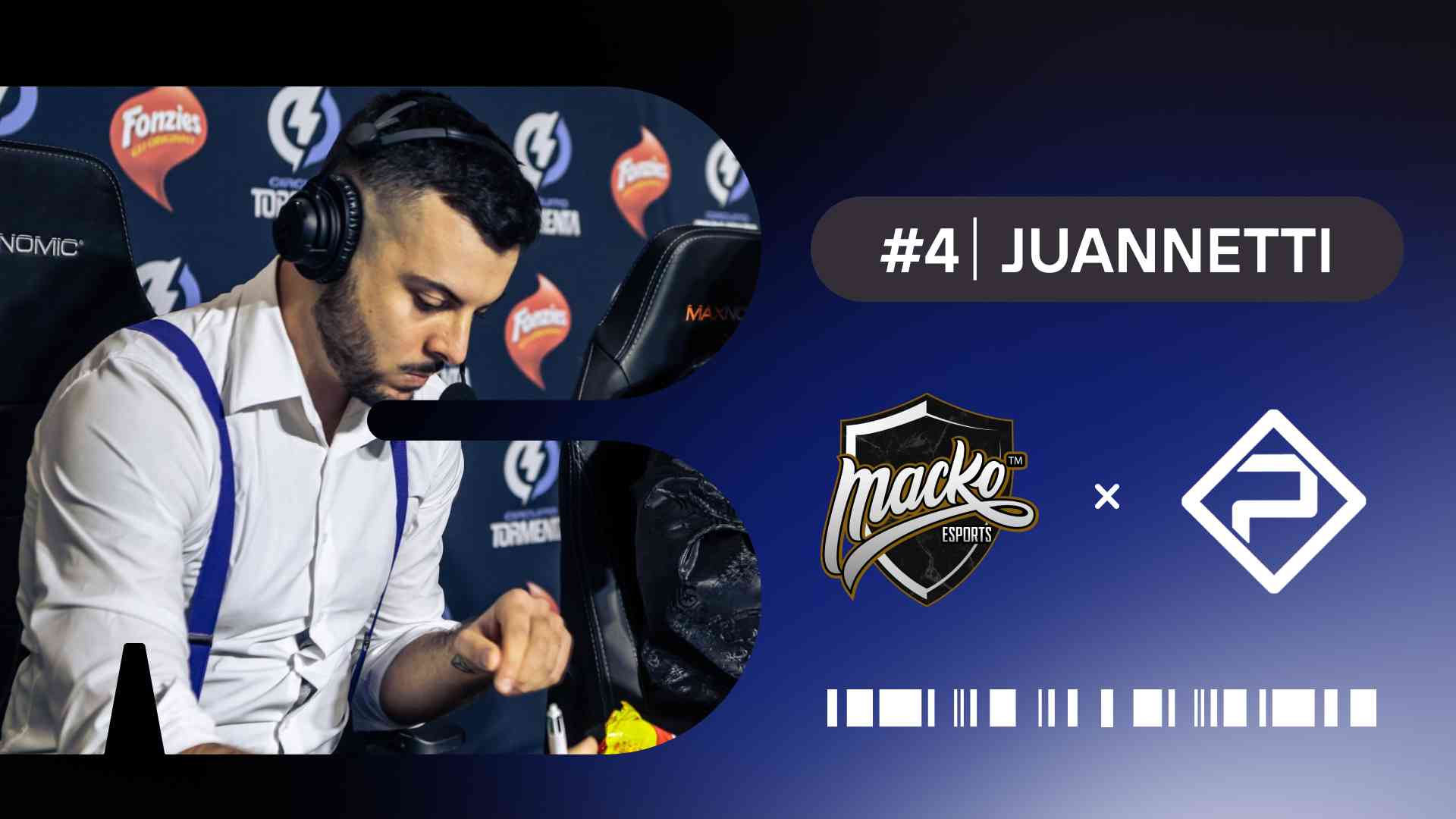 ANC Outplayed, and Macko Esports are the two most storied teams in the PG Nationals.
Outplayed is back with the same core of mid-jungle duo Sven "Dehaste" Vidović and Dušan "Lotuss" Nedeljković after their last appearance in EU Masters 2021 summer. It didn’t go so well then, as they lost their Knockouts match against AGO Rogue after an excellent showing in the group stage (indeed, the Italian way to go through the Play-ins). But now, I’d say that the whole roster has stepped up, especially after the playoffs. Their jungle, mid, and support synergy is unreal, and Dehaste is just the kind of player that pops off on insane carry champions.

For our champions Macko, we presented them as head coach Cristofaro "Cristo" Di Maggio ‘Greatest Hits’ as all five players were in at least one of his past teams. He only lost one PG Nationals finals of the six he was in, winning five seasons out of seven. They are our powerhouse team. Macko’s level wasn’t always insane during the regular season, but they were trying new things in games. However, once playoffs hit, they lost just one game in their run to the crown (in the finals against Outplayed). When it comes to Europe, however, it’s been harsh. Cristo’s teams have never gotten past groups, and Macko’s story in the EU Masters has been similarly plagued with heartbreak. But many times on the English broadcast, we have heard the casters praising Cristo’s creative mindset towards the game and drafts, so maybe they can pull out some fun stuff this time!

For Outplayed, I mentioned their jungle, mid, and support synergy as their core, like the engine of a Formula 1 car. But I’ll say keep an eye on Dehaste. I loved supporting Nikos "HungryPanda" and Nikolaidis’s run, but Dehaste always was the primary carry. I jokingly told the other casters I wouldn’t vote him for the MVP award because I didn’t want to condone their crazy playstyle, but it worked, and it had Dehaste written all over it.

In Macko’s case, it’s very difficult: you can make a case for each and every one of them for different reasons. I’ll go on and say top laner Markus "ACD" Käpp because I think he played on another level compared to anyone else in the whole league. Shoutout to support Vittorio "Click" Massolo, too, as he had good performances in past EU Masters on different teams.

Of course, what every Italian fan is looking forward to is reaching the Main Stage Knockouts. We only reached it twice, Outplayed in 2018 summer and Mkers in 2020 summer, and in our eyes, it’s the bare minimum to be still considered “the best of the minor regions,” as many describe tend to describe the PG Nationals.

Another great goal would be to have both teams in the Main Event, with Play-ins being as stacked as they are with the new format. We don’t have a big rivalry with anyone, but we don’t want to be behind the EBL or GLL, so we’ll keep an eye on them. Also, whoever comes from the Hitpoint Masters because, for some reason, we always draw them, and it’s always tough!

I’m not good at spicy predictions, but I’ll try: Only one team from a major region will go to the Main Event. I don’t know who will drop, but three minor and one major steams will qualify. And, of course, Outplayed will be among them (please don’t jinx it). 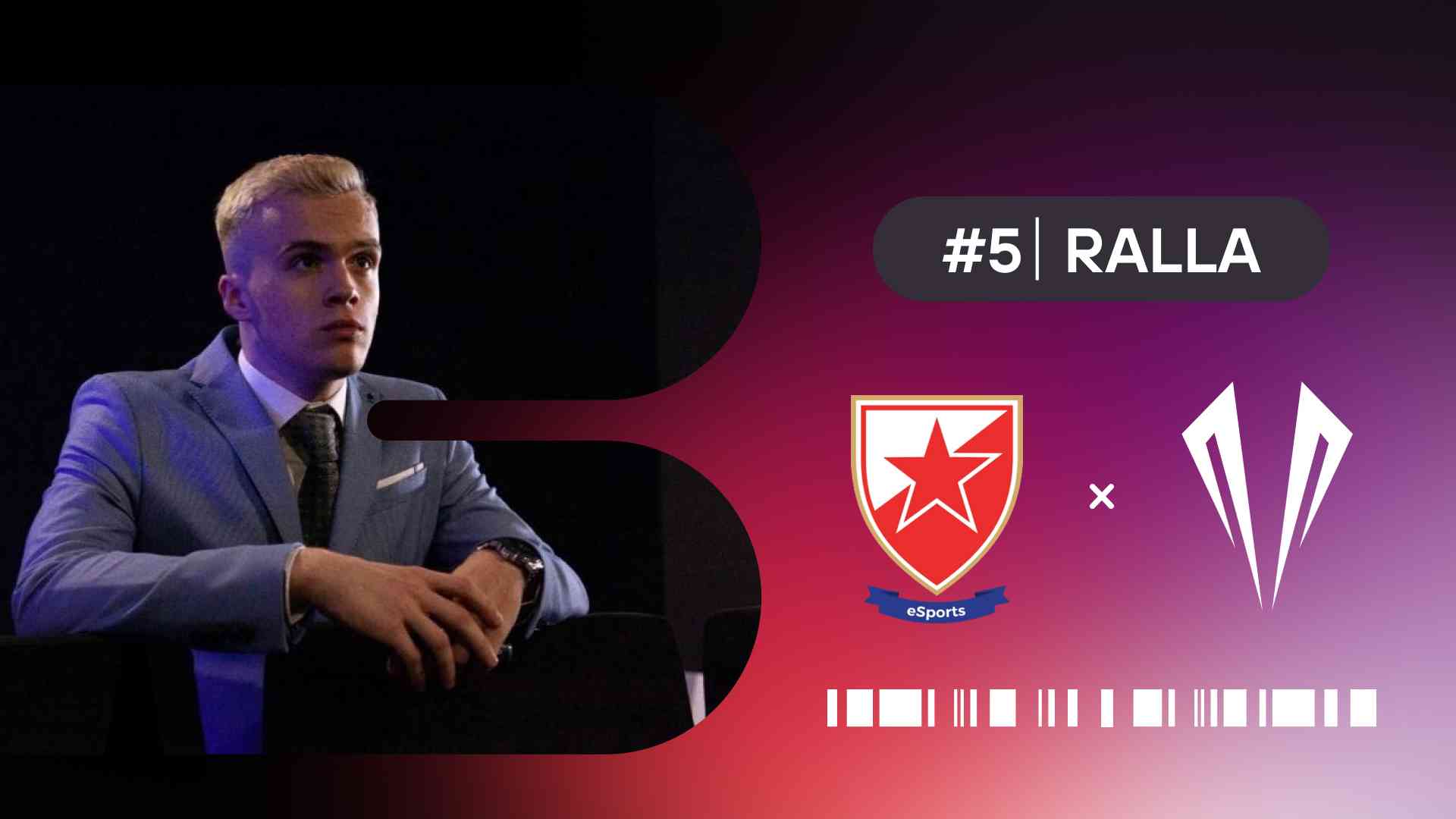 Crvena zvezda Esports has been an EU Masters regular these past few seasons and should be a familiar name. They went into summer with a lot of people not expecting much from them, especially considering the other playoff teams we had. Then they ended up finishing first and directly qualified for the Grand Finals. Unfortunately, they fell to Valiance 3-2 in a close series, so they’re our second seed.

Valiance is our champions and first seed, and they are the first EBL team that ever won the title starting from the last place or lower bracket in playoffs. Considering they had to beat Partizan Esports, Diamant Esports, and then finally Crvena zvezda to lift the trophy, that speaks volumes to the strength of this team. They’re usually very quiet, but their wins are loud as f***!

Crvena zvezda’s top laner Dejan "dejan1" Filipović's rise to fame was extremely quick. From a complete rookie to hard-carrying games in the Grand Finals in less than 20 competitive matches under his belt is nothing short of a miracle. I think he'll be able to win some international hearts as well. Another one worth mentioning is jungler Andreas “Skude” Skude, who also showed some ‘1v9 gaming’ when the team needed it during the summer season.

Valiance works more like…the Infinity Gauntlet: it only works if all of the pieces are put together. But if I had to highlight one player, I’d say jungler Luka "kingggggg" Kralj's arrival marked a new era for them in the EBL. He might not be going 15/0 every game, but his presence basically gives a +10 buff on all of their stats.

Taking into account the absolute gap between minor and major ERLs, just beating them is a success on its own. It's really hard to define success on that level, and we would all love to see an EBL team in the top four. However, we know that means beating some of the best teams in Europe that spent the better part of the year with mostly the same rosters training for this very moment against other behemoths with the same goal.

Crvena zvezda qualifying to the Main Event from Play-ins and one EBL team going past Main Event groups to Knockouts would surely be worth celebrating.

The LFL is always the region to beat, and their back-to-back-to-back champions not even qualifying for this summer’s EU Masters only means that LFL is so stacked that it’s bonkers. I’d definitely love to see our teams some wins against them!

Qualifying to the main stage: JD Excel, Vitality.Bee, GameWard, and of course…Crvena zvezda. What? I am not biased at all. Don’t you dare tell me that I am! 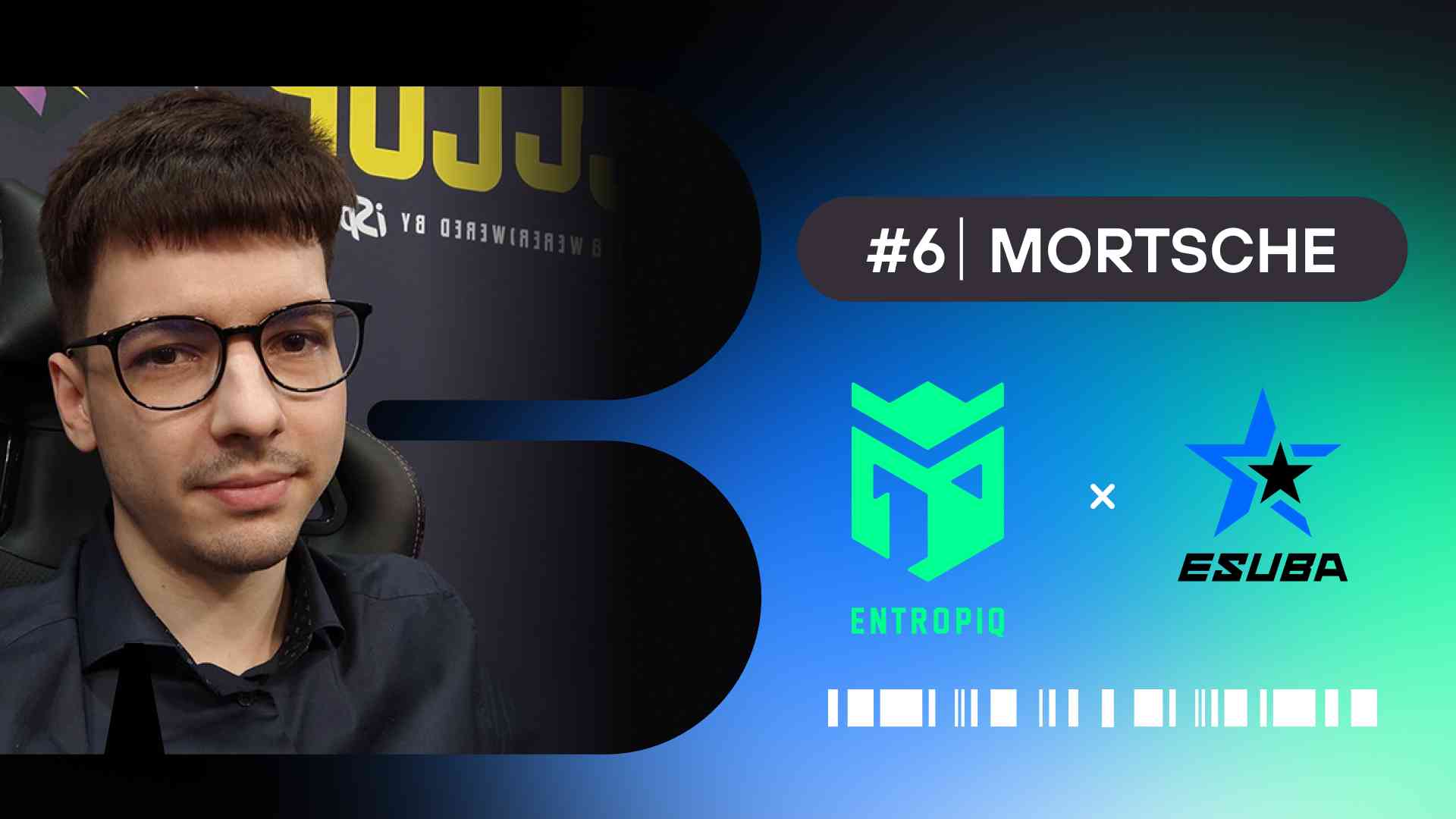 Let’s start with our second seed, Entropiq. They are basically our super team. They have the most stacked roster on paper in our scene and have shown that they are number one domestically throughout the year. When Entropiq entered our LoL scene, it was obvious that dominating it was a must. But most importantly, they are looking to make their mark in the EU Masters. During spring, they didn’t succeed, and even though they lost to eSuba in the recent summer finals 3-2, they still put up a big fight. They had spring to build synergy, and now with a new head coach in Tim "Nalu" Hostnik, I believe they can succeed in Europe.

Esuba is our first seed and the most successful organization in the Czech Republic & Slovakian LoL scene; no one even comes close to their level of domination. Even though they struggled quite a bit in the regular season, they came out swinging in the playoffs and have shown incredible resilience. Last week during our offline finals, they played two best-of-fives one after the other, playing nine games in total, and managed to take down Entropiq, which was quite the feat. When it matters most, eSuba always shows up, and you can never underestimate this experienced roster.

For Entropiq, definitely bot laner Cosmin "Khantos" Florin Leontin Dănilă. He’s a super flashy marksman, and even though during spring he might not have been that consistent sometimes during crucial games, he is now rock solid and a menace on any hyper-carry champion, which he excels at playing to their limits.

For eSuba, it’s once again the bot laner, Daniel "DANY" Novák. During the offline finals, Dany had what I would call the best performance from a single marksman that we’ve ever witnessed domestically. He had a pretty good regular season, but he stepped it up even further during the playoffs and showed what he is capable of.

For us, success is making it to the Main Event, and if that does not pan out, we would like to see at least our teams get to Play-In Knockouts. There are no teams in particular that we are looking to beat.

Alright! I’ll believe in Anorthosis Famagusta Esports advancing, and I also predict that Bisons Eclub will go without a defeat in Play-ins. And of course, I believe our teams will sweep the Play-ins stage!

The EU Masters 2022 summer Play-ins begins on August 24th. You can catch the action on the many regional channels listed here on lolesports.