Are Xtreme the new Wings gaming? 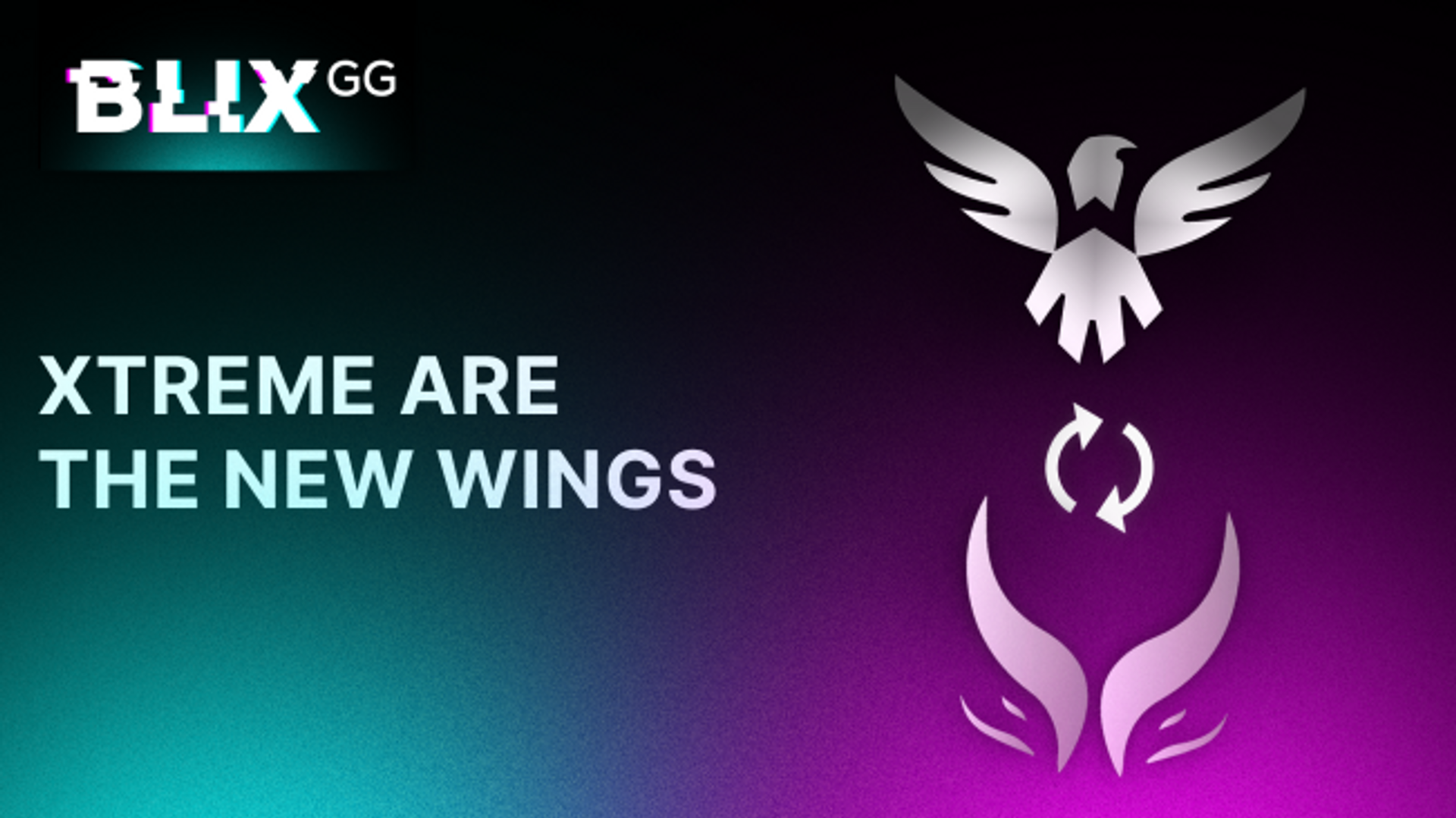 It was 2016 when we last saw a pair of silver wings dominating the world scene. We’re way overdue for a sequel. Let’s call it: “Xtreme Gaming”.

Xtreme Gaming's logo makes it look like they paid a guy on Fiverr to do a 2022 remodel of the old phoenix Wings had on their banner. Then they just slapped their new name under it. The coach probably had a say in the design as he is no one other than bLink from the famous TI winning Wings roster. After sharpening his coaching proficiency on the team YKW, bLink joined the XG organization and shortly after they started to reel in some serious results. Needs to be said that before accomplishments came, a complete overhaul of the team was necessary. An overhaul that would make any coach very happy as bLink got to work with an arsenal of superstar players.

They aren’t exactly all superstars so you could say that it’s a 4S+1 team and Lou is the +1. He’s yet to make a name for himself and currently is more of a high mmr pubstar than anything else.

“Just give me a pubstar, a 10ker that can click well and I’ll mold him into the real thing!”. Those are the words of one of our TI champions that doesn’t have a tail. I have to wholeheartedly agree with his sentiment. Multiple times I’ve witnessed a team full of hotshots flunking and underperforming. Just think about the Elephant roster of last year. Or perhaps don’t. Better to keep it in the past. The inexperience of a player can also be a good thing. It can bring up the overall morale of the team, the hunger for wins that some grandpas might’ve forgotten and the work ethic to a higher level. This “inexperienced” player has something to brag about — he’s sitting on top of the KDA list of all the players in CN region. Not a small feat to accomplish.

So far during the panels, when the topic of Lou came up, most of my colleague analysts would disagree with me. Their different point of view is generally in line with the one of Benjamin Kopilow, also known as Bkop. Bkop, one of the most experienced casters of the CN region, had this to say when asked about XG:

“Xtreme have certainly looked good since adding Old Eleven and Lou. Winning the OGA Dota Pit event in convincing fashion was certainly the boost they needed coming into this season. I still think the biggest question mark for Xtreme is Lou. For now it feels like Xtreme can get away with winning games even if Lou has a bad game with the push from the rest of the team. I won't be shocked if Xtreme make the Major but I also won't be shocked if they do poorly and switch carries after.”

Now I don’t disagree that Lou is currently still uncharted territory and that we have to wait and see just how well he evolves but I also hold a much brighter outlook for him. An outlook in which Lou becomes the ultimate carry under the guidance of the best support combo there is - Pyw & Dy.

These two were basically the main reason why old Vici Gaming managed to get anywhere in the last few seasons. The amount of games and laning stages that they’ve rescued, and the amount of game winning Shadow Shaman games by Pyw — countless. In my opinion, they are the most enjoyable duo to watch on support positions and the most informative as well - if you’re looking to learn all there is about early game rotations.

As usual, the duo are pulling all the strings — in the game and outside of it. Getting Old Eleven in the roster was definitely their doing. They were spot on with their pick. Old Eleven's game style changed significantly. You can say that he looks “unleashed”. The amount of help that he gets from the two supports has increased by tenfold and all of this creates a perfect loop for him to shine brighter than before. Most of his heroes are in the meta, and he’s finally getting some attention from his teammates. Perfect combination for him to blow up in one of upcoming lans.

Also known as Eurus, he’s the final piece of the puzzle. So far, from the games that we’ve seen in the DPC, Dotapit and Intel tournaments — Paparazzi is back to his old self. (The old self before Elephant that is.) The glory days. Data confirms that he’s way more stable on the mid lane and is rarely in need of help by the two supports. This creates a positive feedback that allows Pyw and Dy to focus on their sidelanes going well.

Just by going through the roster of Xtreme Gaming a feeling of a perfect storm coming is invoked. Currently undefeated and in the upper division of the Chinese DPC - XG are making a solid case for themselves being at least top 3 in the division. Even though the question of Lou looms above them, I believe that it’s just a matter of time before they cement themselves as one of the strongest teams of the region - perhaps even challenging PSGLGD.

I’m expecting them to be one of the Chinese teams that gets to the Stockholm major and I don’t think they will be aiming for any participation rewards. Just how far they will go is the only remaining question.