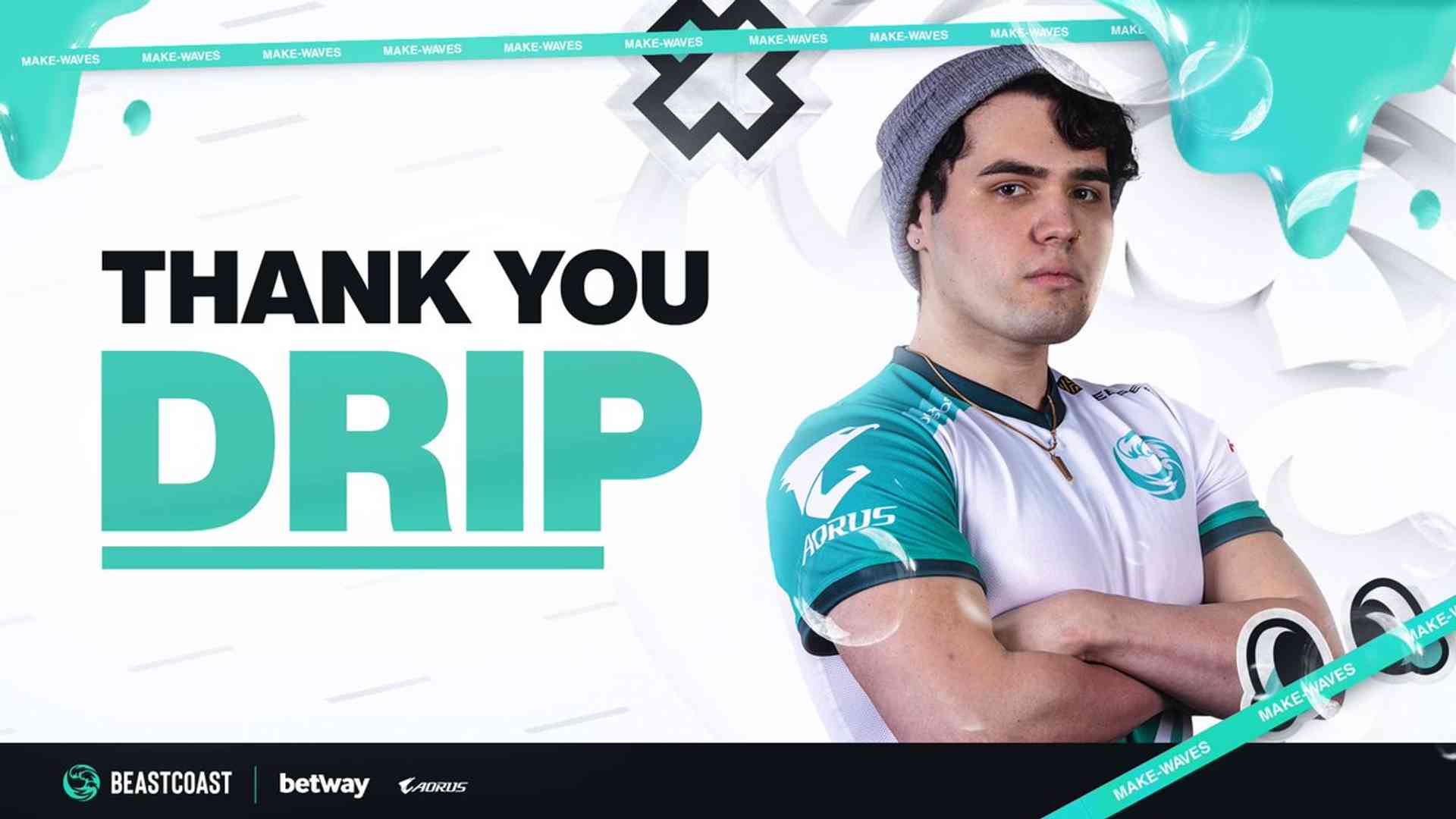 "We're moving Drip off of our active R6 roster. We thank Drip for his continuous hard work and dedication throughout this year in the R6 North American League,” beastcoast reported in a statement.

Drip had joined the beastcoast in March 2022. Before that, he played for almost ten teams, changing them several times a year.

He even tried to retire in 2021 but returned to competitive play.