Behind The Scenes of North America’s Leading Collegiate Esports Program 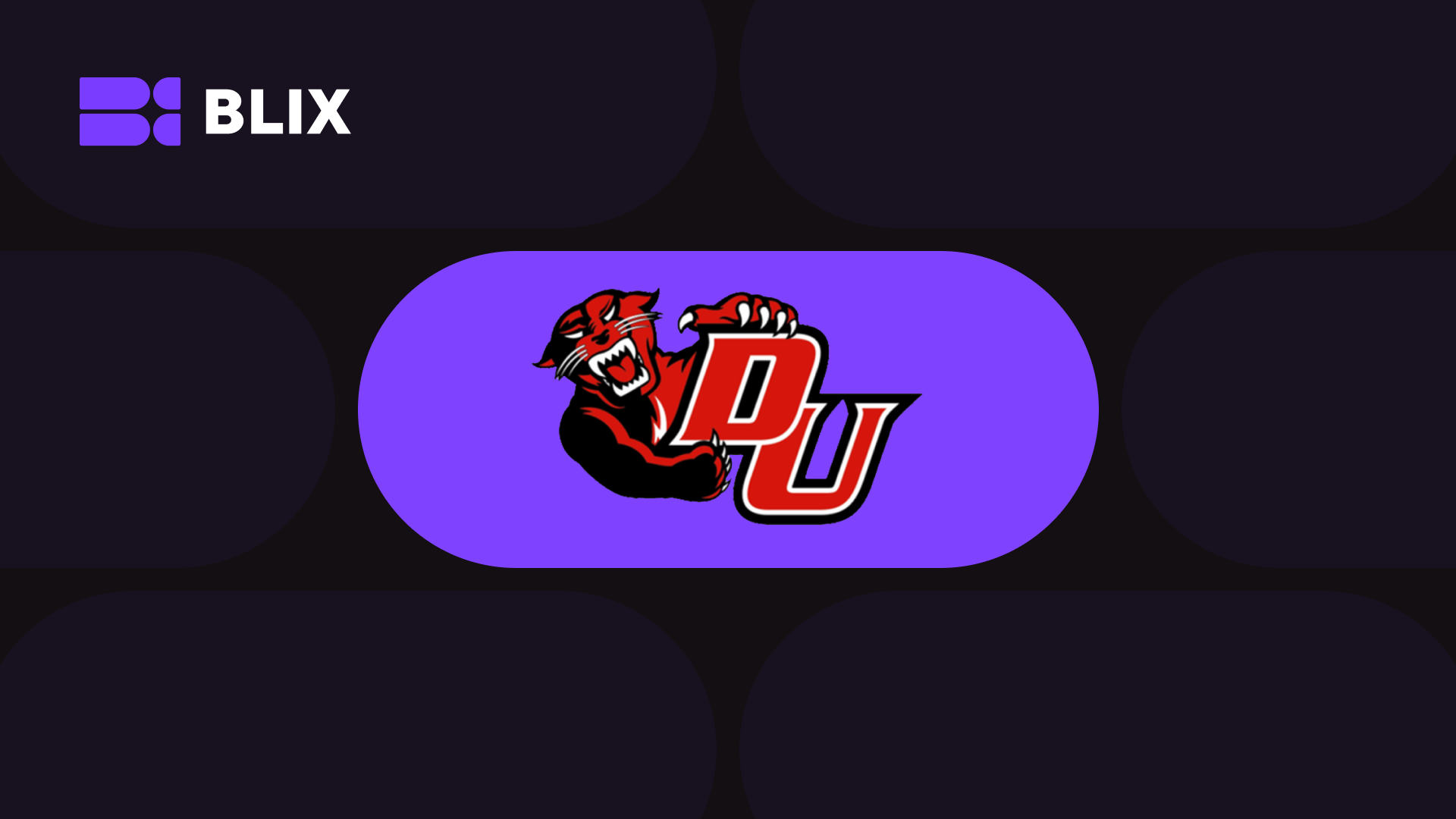 Thor and DU look to make higher learning institutions a place of talent development for potential rising stars. Most recently, Davenport University has expanded into a 15-man roster that is divided into three sectors: a Division 1 or Varsity, Division 2, and Division 3 team. Blix.GG recently had the opportunity to sit down with koi to discuss the ideas, regional goals, and what an ideal future looks like for DU in the slowly dying North American scene. 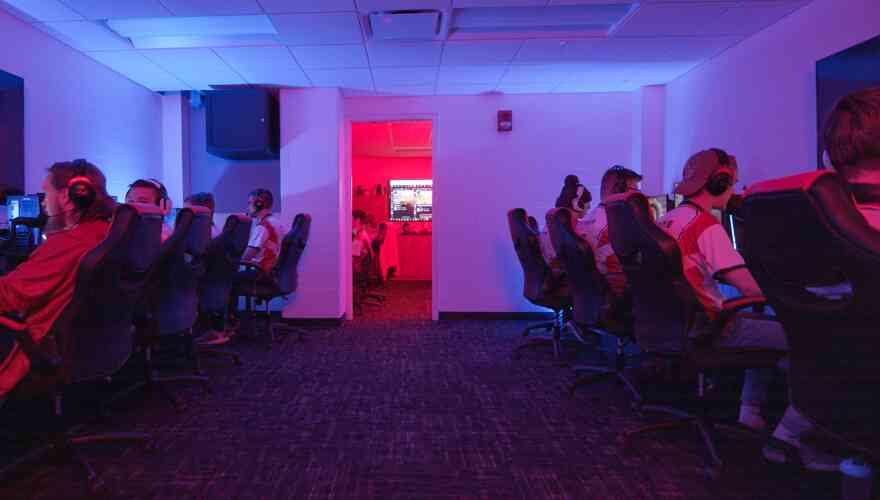 Just three years ago, on June 30th, 2019, Davenport University Panthers announced the signing of 10 members to its program. “These young men will be enrolling to participate in everything from League of Legends and Counter Strike to Call of Duty and Fortnite.” Back then, the program was in its infancy, and the first few esports scholarships had begun rolling out. Fast forward to today, their division 1 team is the most decorated collegiate program in the country, scoring several notable results at events within their league. They’ve had so much success that the decision was made to expand their Counter Strike roster into a 15-man roster. The university’s founders have transformed collegiate esports by dedicating so much of their time to recruitment visits to schools and clubs. Overall, the university continues to pave the way for collegiate Counter Strike.

Kickstarting the program is one thing, but taking it over and managing it once it has reached this much success is a beast of its own. In December 2021, Davenport University brought on koi as its new CSGO Head Coach. Having declined several offers from European teams to work with the rising NA stars, there was no better person for this job than him. "Other places may offer more money and stuff like that, but at the end of the day, Davenport is open to my vision, and I would much rather help North American Counter Strike than chase a bag," koi told BLIX.

“I would much rather help North American Counter Strike than chase a bag.” -koi on why he joined Davenport.

Formerly, koi was an assistant coach and analyst at MOUZ, where he worked alongside a range of talents, including major winner Robin “ropz” Kool and rising academy talent Ádám “torzsi” Torzsás. By seeing a rookie play alongside a veteran, koi already has a great idea of what it's like to bring foreign talents into a team that’s already settled down and has its goals and visions planned out. While working under MOUZ, koi also had extra time to observe and shadow at academy team MOUZ NXT. "I spent a good bit of time with the MOUZ NXT guys to really understand what a successful academy program kind of looks like (...) A lot of shadowing and a lot of hands-on work with those younger players[.] After seeing those principles and execution, I thought, you know what, we don't have that in North America." Dedicated to his goal of saving NA CS, koi will be bringing back everything he learned from his time and experience in European CS and implementing it as much as possible into his collegiate stars.

Obviously, the Panthers want to win titles. But as it stands, the program prefers to focus on developing talents with no intention of holding them back from their full potential. As part of the new D1 roster, DU brought on Denis “swicher” Baranov– a 19-year-old Estonian rifler who is already considered to be a prospect in other foreign academy programs– and when challenged with the idea of when Baranov is fully developed for a better team, koi was confident that they would let him pursue it. "As far as we're concerned, if [any player] does receive that tier-one offer or something like that, he can go to it. I will let him take whatever opportunities are offered to him."

“I'm never hindering a player's growth for personal gain (...) We might lose a player because he [the developed player] joins a tier-one team. But how good does that look for the brand? That looks fantastic for Davenport.”

Davenport plans to fly out its IGLs and coaching staff, who are currently in the process of being hired, sometime in mid-August as an early bootcamp to lay out a consistent style across the three teams. This will be essential to the team’s success.

Ambitious as it may be, Thor and Davenport Panthers will look to field four CSGO teams by 2023 (one for each level of the academic year, perhaps, but nothing as of now is confirmed). With that in place, though, the rosters aren’t necessarily locked. “A big core foundation of the program is we want to make sure there's as much mobility as possible between the teams,” koi told BLIX. Since DU is focused on developing its players, for smaller and less important tournaments like ESEA Cash Cups, the idea is to take a player showing promise in a lower division and slot him in the equating D1 spot and observe how he plays, hone his strong suits, and find areas he can improve in. Thor strongly believes that any player in any league can learn something by playing with different levels of players. “You could take a Premier player and drop them in Open, and I guarantee that you can still find things to improve on.” Naturally, one would be concerned about how an ESEA Open-Main player would be able to fill the shoes of an ESEA Premier player, as well as the different systems of each roster. Still, koi was ready to address that issue, stating again that results as irrelevant: “a full Premier team with international experience is obviously going to have more micro plays than something in main playoffs, right? But the idea is that you can still slot a player in, and he's not completely lost as to what's happening.” On a macro level, all three teams will have a more-or-less similar approach to how they play certain maps, execute certain plays, and so on.

Additionally, to help the team improve, koi has big plans to bring in esports players to host workshops on their skillsets. “We have a potential investor that's looking to help us actually bring in some foreign talent as well to basically [have] coach workshops with the players. That will involve the full 15-man roster as well.” Foreign talents with previous success in tier 1, for example, being flown out to campus to share their views on the game and their playstyle and role within their respective team(s), is one of Thor’s goals.

Evil Influence, Or Not?

“Early on, I would say I was a critic of it. (...) I think [Carpe Diem] is better than being a third-string Academy team.” -koi’s thoughts on Evil Geniuses signing Carpe Diem.

At DU, every player is aware of the fact that there might and probably will be roster mix-ups and changes. “They understand, and I make it very clear with them early on that they are here for the long haul,” koi told BLIX. This situation might not necessarily reflect over at EG, especially if one roster puts in the extra effort to qualify for a certain tournament and can’t play because another roster is in attendance. Getting subbed out will most likely cause a lot of emotional conflict between the players. That, along with the fact that EG seems to be prioritizing results over growth will cause issues because teams usually don’t show in the early stages of a roster. Koi is not a strong believer in how EG utilizes its 15 players, but he’s developing the best possible structure for his own 15. Not much detail was picked up as it is still in the works, but the idea of bringing on an esports psychologist is in strong consideration to help boost the team’s morale and keep egos in check.

Despite the two teams having a similar idea at the same time, DU is not at all influenced by EG and are actually implementing completely different concepts into his roster. Besides, koi can’t exactly translate an org’s ideas into a university’s program. There are lots of structural and core differences between a fully focused esports organization and secondary learning institutions where athletics, especially esports, come secondary to education.

In order to play on the team, especially being considered athletes under athletic scholarships, the players have to meet and retain certain academic goals, similar to the ones National Collegiate Athletic Association (NCAA) athletes must achieve in traditional sports. A 2.0 Grade Point Average (GPA) is an eligibility standard that will be held for DU’s players despite esports not being regulated by the NCAA.

School rules are to be complied with, though, so in order to compete in a collegiate league such as CSL Esports– which DU plans to be a part of– student-athletes must meet each league’s eligibility requirements. Under Playfly Esports’ website, the company which acquired CSL in 2020 and owns other collegiate level conferences, it states that in order to compete in its leagues, one must be a “full-time” and a “good standing” student. The terms are defined by the standards of the respective educational institution, but it generally stands around a 12-credit semester and a 2.0 or higher GPA. Otherwise, if a student-athlete is unable to meet such academic criteria, conflicts may arise with choosing the appropriate starting five for a tournament.

Aside from personal concerns and standards that must be met, koi also spoke of the differences between a collegiate program and a typical esports organization, mentioning how profit models are completely different than what he was previously used to. With Davenport University being a private and nonprofit school, revenue is brought in differently and has to be used in another way. Ultimately, koi was able to figure out what would work for him and granted lots of flexibility, so long as he meets his baseline goals. "They're very hands-off with me. My director basically trusts what I say, so long as I meet my [school set] goals."

Koi aims to make Michigan the Denmark of NA CSGO, and with the way it is currently rolling, it seems to be panning out this way; this heavy involvement from Davenport University into its esports program has prompted others to do the same. Most recently from Northwood University (NU), also located in the Great Lakes state, offering five full-ride scholarships for its future CSGO starting team.

NU– who has had an insane year so far– will be one of DU’s biggest competitors, along with other hometown heroes coming in the form of the University of Michigan, Michigan State University, and Michigan Technological University.

“I want at least a couple of other programs to follow suit.”

With the ultimate goal of his and Davenport being to reach international stages to represent the developmental scene of North America, all eyes are set on the rising stars of Michigan and NA.