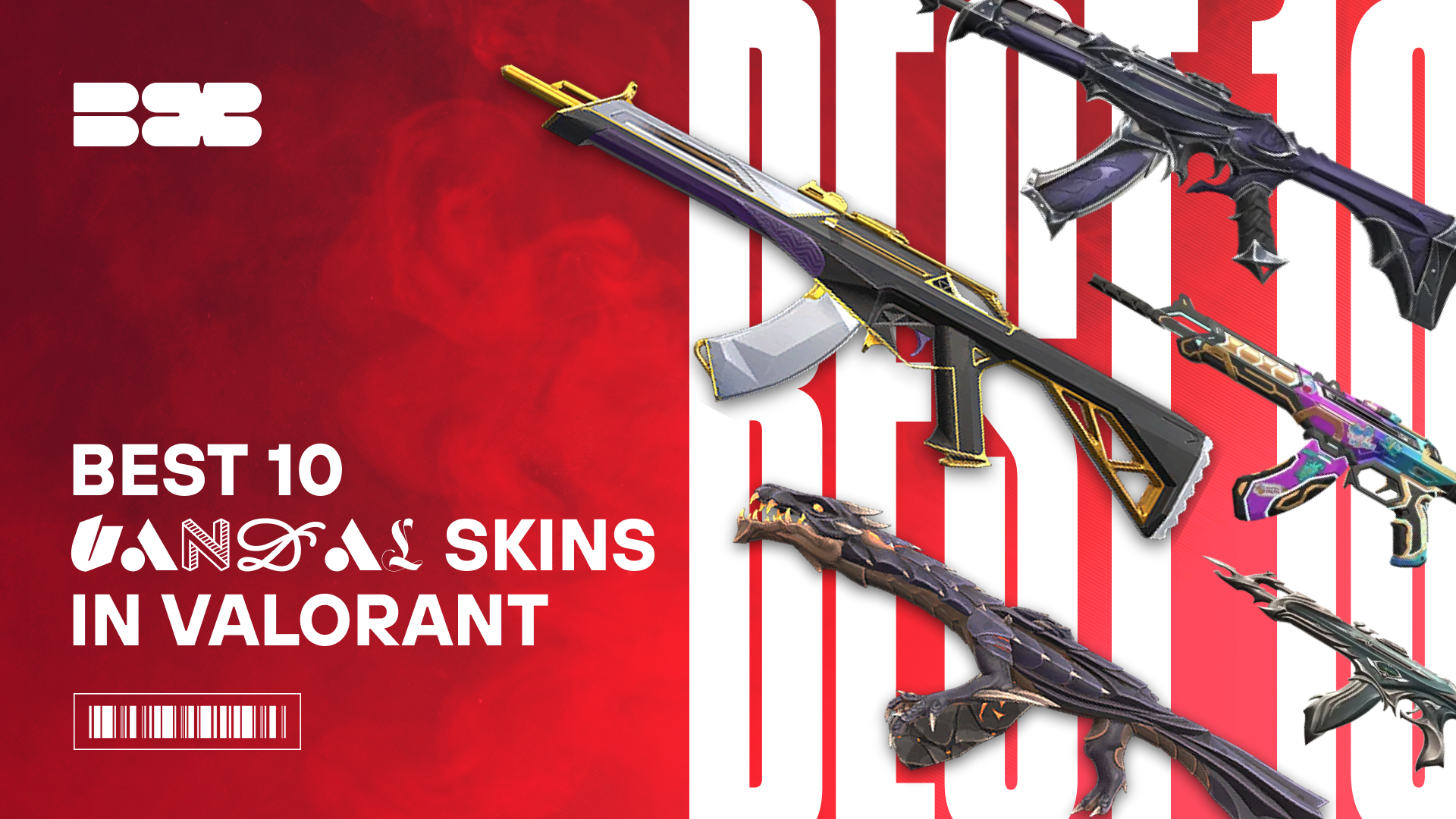 No need to buy a skin at random, just by looking into the Valorant store or the night market. To begin with, it is worth understanding which skin for the player will be the most acceptable! Therefore, Valorant fans carefully read the descriptions of the best Vandal skins in the game - you need to understand which one to take. After all, you can't sell unsuitable skin, and you can't change skins in the game!

And, among the best skins, Prime deserves first place. No wonder it is the most popular in the game and the first of the best Vandal skins, Valorant! There are so many purchase requests that the system barely has time to process them. Prime has stunning animation, not to mention the design. The Prime collection leans heavily on the gold-colored leaf, as in the whole aristocratic group. And what a sound of a shot!.. It is this sound that most fans of such a skin call the main reason they use the skin for Vandal and why they chose this particular one. This skin can be purchased in color options: golden, red-orange, and color of the sea. And it costs 1775 points. 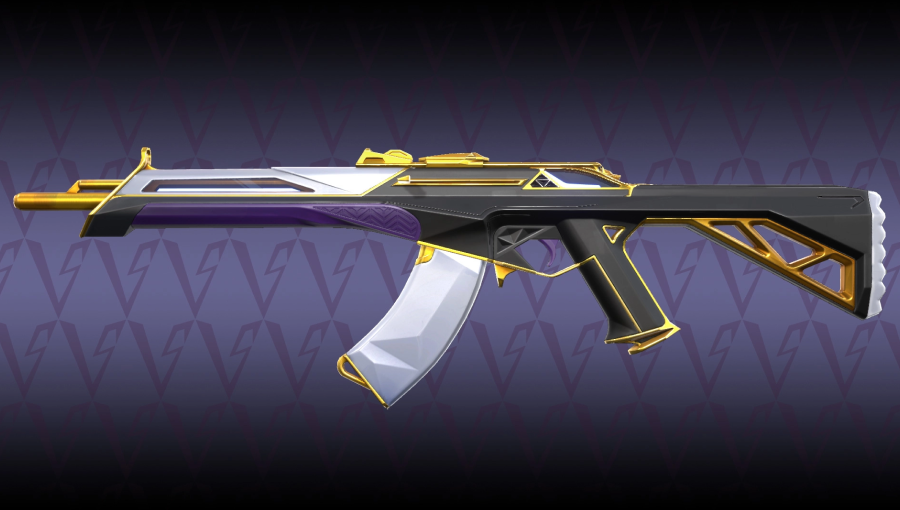 Reaver is the next admiringly favored skin. The most satisfactory name for it is Reaver 2.0, though. This skin is much less dark than its original from the game's beta version, that is, improved. Players love its reload visuals, plus also the visuals of death. That's not to mention the kill sound effect! And at the same time, both sound and animation are pretty unobtrusive: they do not distract from the gameplay. That skin exists in black, red, and white - in addition to the original version. The price is the same as the first one - 1775 VP. 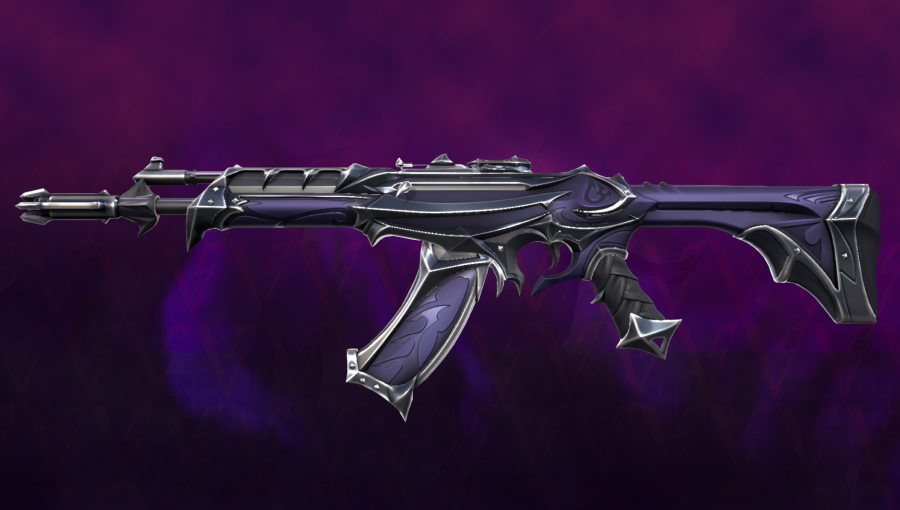 Elderflame Vandal, a dragon-styled skin, would also be a great option. It is not for nothing that it is believed to be perhaps the most outstanding gun skin in Valorant! When reloading the rifle, the dragon respires fire - the players are ecstatic! Of course, many skeptics believe that a skin that distracts from the game with its entertainment does not make any sense. But they also admit they were wrong by trying the dragon animation skin! By the way, there are three color options - purple, silver, and gold. And the cost is 2475 VP. It is a bit more than the standard Vandal skin Valorant price - but the skin is worth it! 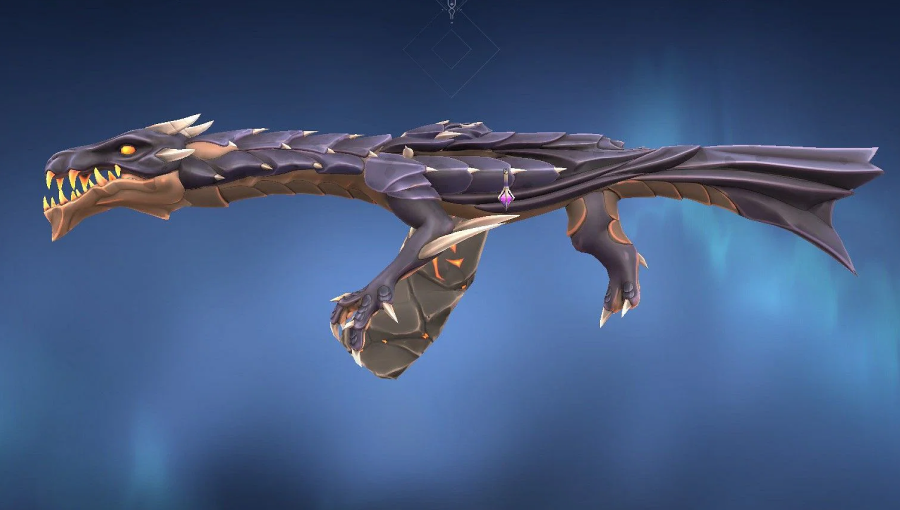 Separately, Glitchpop is an excellent Vandal skin - it is genuinely colorful! Significant effects and amazing glitch animation. A few hours after the release of the skin, it already became the most talked about of all! The visuals are incredibly vibrant, and the animations are non-negotiable. And the color options! In addition to the original, that skin can be red, blue, and gold. The standard cost is 1775 VP. 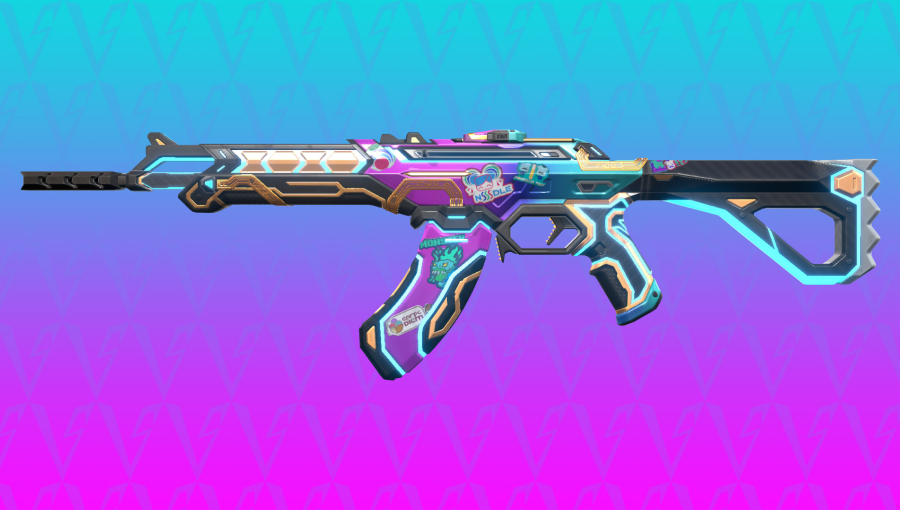 Forsaken skin, in turn, is a kind of version of the Reaver skin. It has only a shallow resemblance, though. It has an entirely different sound and murder effects. But the skin is not particularly common precisely because senior players have owned vast collections of skins for a long time. The novelty did not arouse much interest due to its similarity to the classics. However, experts recommend for beginners who want some spectacularVVandal skin that you can't find on every corner, namely the Forsaken Vandal, in the original or gold color. The price is standard, 1775 VP.

Origin skin deserves special mention if we talk about spectacular skins. Origin is one of the most deflecting Vandal skins during the game. The effect of murder is luxurious. When an opponent is destroyed, a mysteriously-looking ring kidnaps the victim. Then - dissolves the enemy in a flash of green light! The sound effects of the process have a sure, so to speak, metallic tinge. In addition, the animation in the "round" version makes it incredibly original. The price is standard, at 1775 VP, and the colors, in addition to the original, can be white, red, and green. 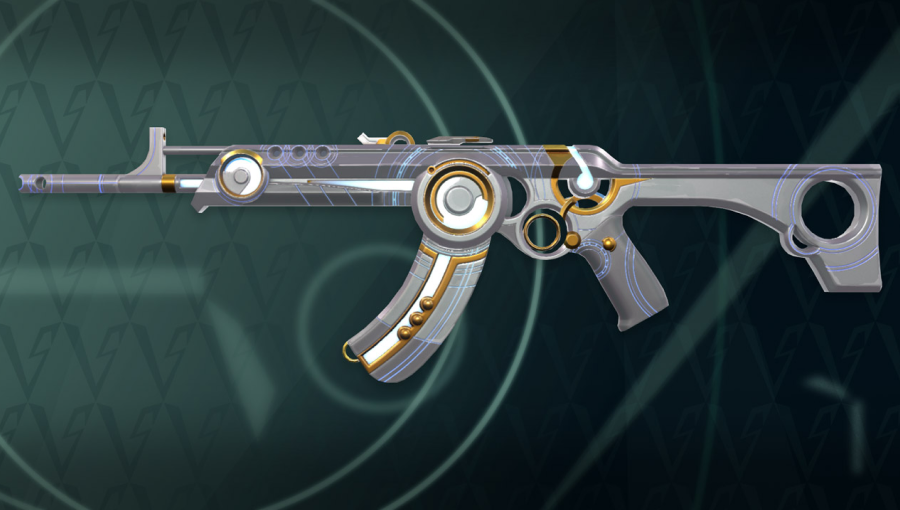 Tethered Realms Vandal is also a skin worth describing. He has two themes, which depend on whether the player is in a light or dark area. In a bright place, everyone's favorite Forsaken theme is activated, for example. However, many players say that transitions and theme changes are good, even remarkable. Still, many other skins have better visual effects and animations. This one is some kind of minimalist ... And it doesn't have color options. But, we note that the price is also standard - 1775 VP. 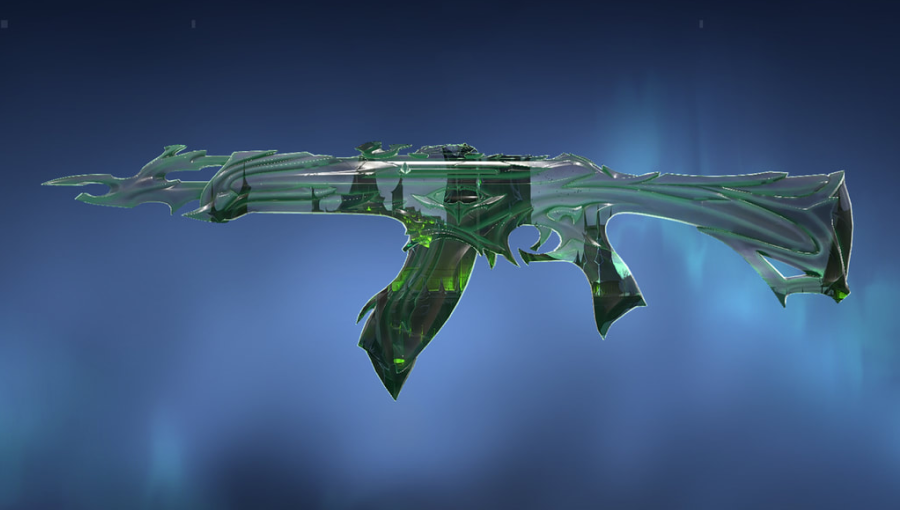 As for beautifully animated skins, there is also Silvanus - a beautiful gun skin! Its "Nightfall Snowfall" animation design comes alive when the character moves while holding a weapon or looks around. There are practically no distractions because the animation, although very beautiful, is entirely unobtrusive! The color scheme is also of the same standard. But the price can not be called standard in any way - it is much lower. Only 1275 VP - and still, such gorgeous skin! It's an excellent solution for the cheap Vandal skins Valorant. 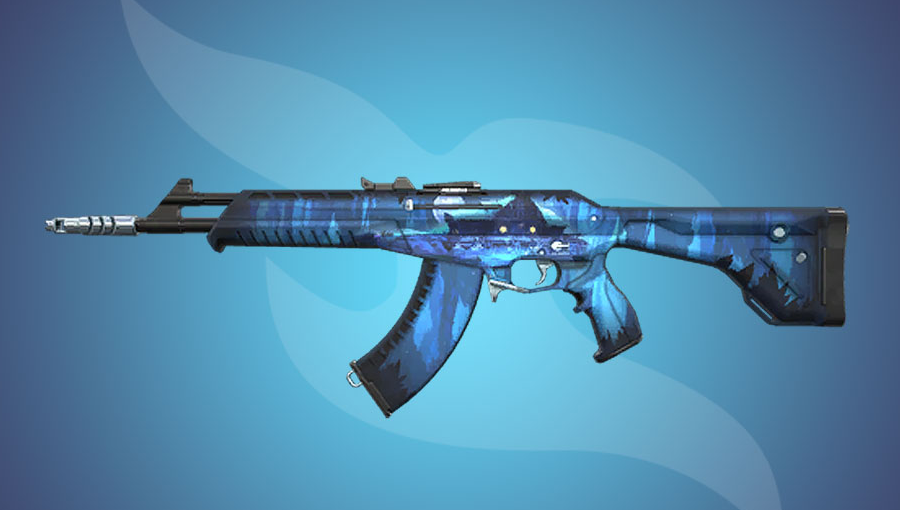 Vandal Winterwunderland costs the identically low price of 1275 VP and is probably the most original skin in all of Valorant. Its reflection and brilliance are excellent! In the light, it reflects the darkness, and in the dark, it shines. There are no additional effects, but this skin does not distract due to the lack of color options. 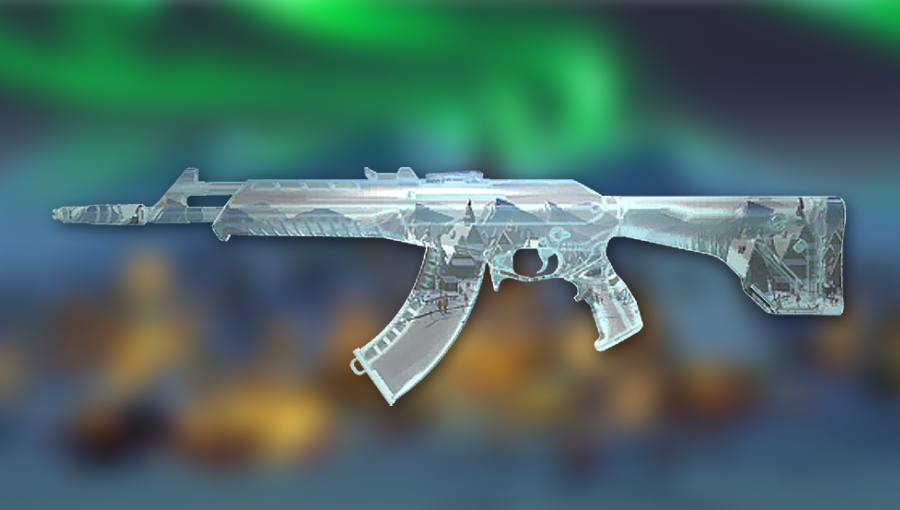 And finally, it is worth mentioning such skin as Wasteland. It looks like it is made from recycled materials and waste, which creates an imposing countenance! A kind of ecological skin, a symbol of the struggle for the reuse of material and saving resources. Since the skin from, in fact, garbage looks like something special, from a beautiful material, it also turns out additional agitation, and in general, it's fun to wear something so specific! In addition, the price is just as low - 1275 VP.

If the player does not plan to collect the entire collection of Vandal skins, there is a great solution. Choose one (but perfect) from this list, saving time, effort, and money. That applies to any Valorant Vandal skins tier list 2022. 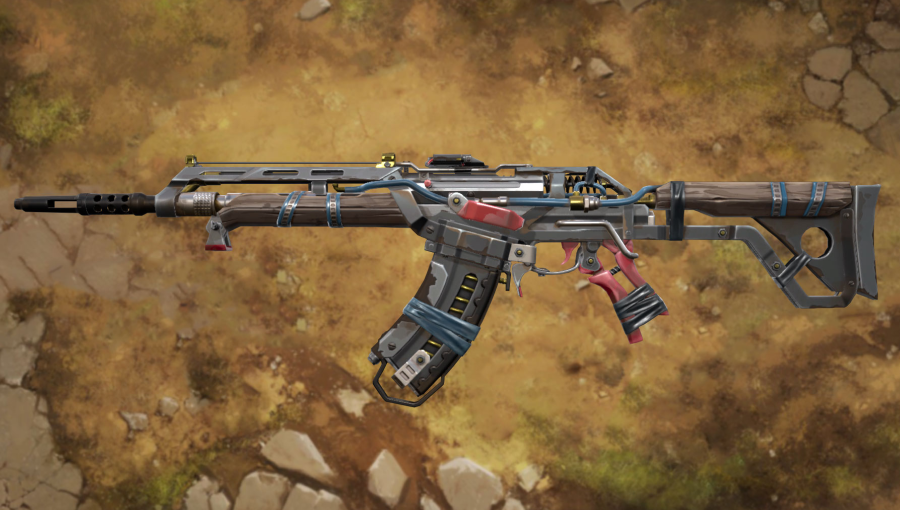