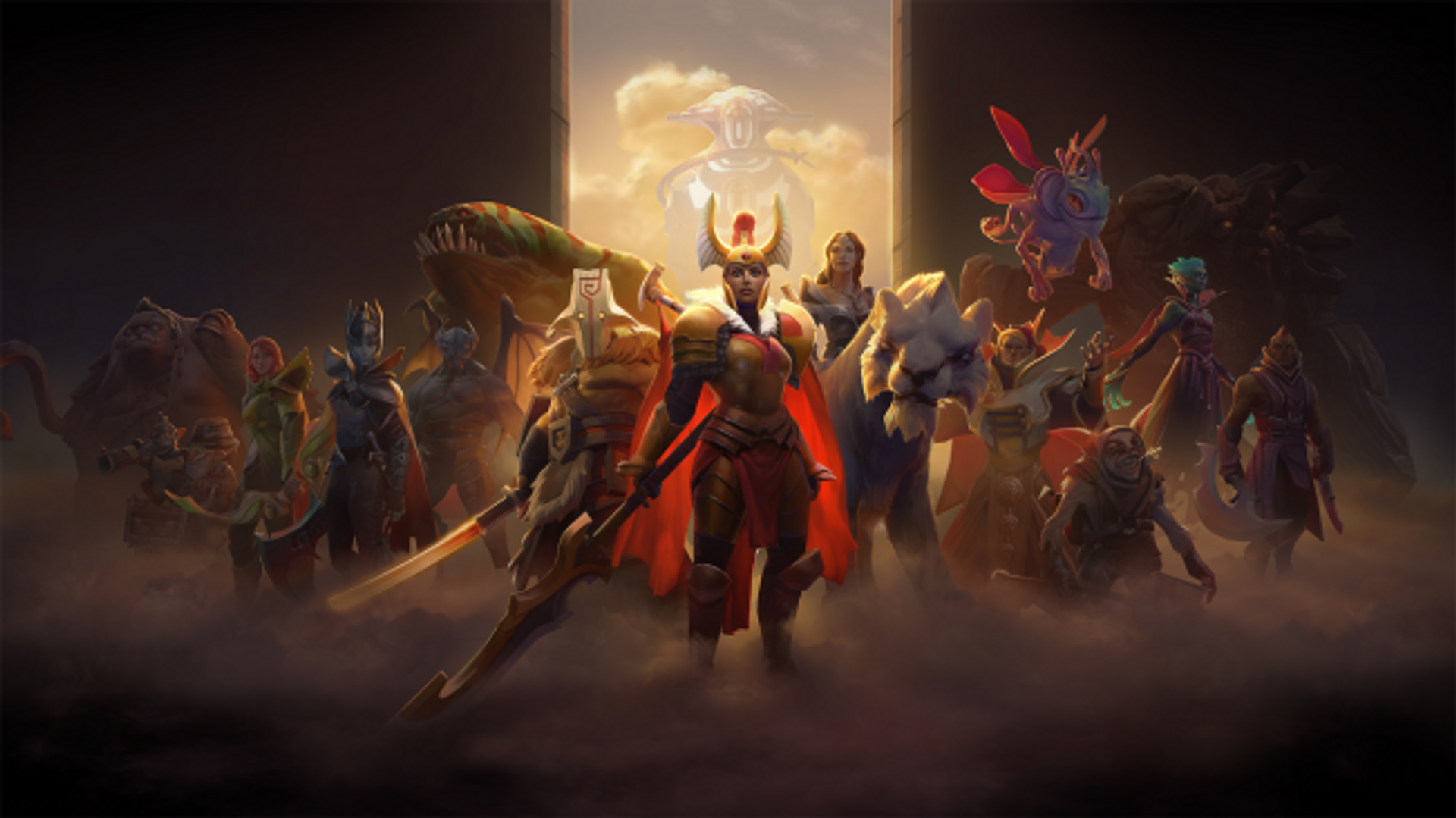 Dota 2 is one of the most complex games globally, which probably doesn’t come as a surprise as it has been one of the leading MOBAs for many years, allowing it to have millions of fans worldwide. Even though almost all of them play the classic 5v5 version of Dota 2, it has had different custom options ever since Valve released the game. Dota 2’s community can use the game’s engine to create different titles, some of which became a lot more popular than others.

The number of Dota 2 custom games is growing by the day, but there are a couple of outliers. Pointing out everything about them is not easy, but we will try to summarize the things that make them special. Without further ado, let’s go over some of the most popular custom games in Dota 2.

The first and the most popular customer game in Dota 2 is Overthrow. This is a title that has been part of the game for several years now. Even though a couple of other custom games tried to take its crown, Overthrow continues to be the go-to option for people who want to have a break from Dota 2 and try something new.

What makes Overthrow different is the fact that Valve were the ones to publish it to showcase the spectacular game engine it has on offer. Needless to say, the end result is awe-inspiring.

Besides the graphics, the thing that makes Overthrow a fantastic game is the fact it includes the same heroes and items as in Dota 2. Of course, some of them are slightly tweaked, but they usually provide the same stats and effects.

Overthrow consists of different modes where people can play in teams of two, three, four, or five players. The idea of the game is to create a unique combination of heroes that work well together and reach a specific number of kills. Interestingly, heroes who stay near the middle of the map will receive extra gold, which they need to purchase items.

The fact that you can play this custom game alone or with friends makes it one of the go-to options for many people. You can think of all sorts of team combinations, which makes the game a lot more interesting than other titles.

The second custom game on this list is a variant of the standard game mode.As you know, Dota 2 is a game where two teams of five players have to play against each other and determine which one wins. Despite the fact that the game is an arena of epic team fights, they don’t even come close to those that people can encounter in the game’s 10v10 version.

This is a classic Dota 2 game where instead of five, people can play in groups of 10. This means that they have two carriers, two mid laners, two officers, and four supports. Securing last hits won’t be easy, but this custom game offers epic team fights to make up for it.

Like Overthrow, this mode was also created by Valve, and it was featured during TI 5 when some of the best Dota 2 players in the world had the chance to put their skills to the test. Of course, people who play Dota 2’s 10v10 version have access to more gold and experience than normal to make the game more interesting.

One of the newest and most popular custom games in Dota 2 that many people started playing in the last couple of months is called 1×1 Solomid Ranked. As its name suggests, this special custom game allows players to compete in a 1v1 format. There have been a couple of attempts to create this gametype, but they were unsuccessful because people quickly lost interest. Some Dota 2 fans expected that this will follow other’s steps, but thanks to it’s MMR system people had something to grind for.. As a result, some of the best 1v1 players started playing daily and started competing against each other.

Similar to most 1v1 competitions, those who decide to participate in this one can choose between three modes. In this case, people can select from All Pick, Shadow Fiend, and Balance Draft. Although most people should play with the same hero, there is the option to pick different characters.

The next game on this list is probably the most well known, especially in the last couple of years. Auto Chess is a special PVP game that tries to mimic chess. In other words, there is a board and different rounds where you have to pick heroes. Needless to say, there are loads of combinations and different tactics, making this one of the most complex custom games in Dota 2.

This game quickly rose in popularity in some parts of the world, which is why there were even stand-alone tournaments. This had a positive effect on the game and its creators, which is why they’ve developed a stand-alone game. Fortunately, Auto Chess continues to be available inside the Dota 2 client. This means that people can try it before downloading and installing the special client.

Roshan Defense is one of the oldest and most interesting custom games in Dota 2 you can test. It is known as PvE because instead of playing against other heroes, you have to play with four teammates against numerous creeps and bonuses. Besides defeating your opponents, you also have to make sure that Roshan won’t take any damage. Needless to say, this is easier said than done.

Similar to other popular custom games in Dota 2, this one includes special abilities and items. Furthermore, you can choose the difficulty level, which means the game is suitable for beginners and experienced players alike.

There have been numerous updates over the years, and even a newer version of this game called Roshan Defence.Reborn. The latter includes a lot of new aspects, game landscapes, and all sorts of secrets.

The last custom game we’d like to include in this list is called Guardians of Universe, and it is one of the most impressive options. This game became available a couple of months ago, and since then, it has had thousands of players. What differentiates it from others is the fact that it is based on the Stargate universe. This is one of the most popular movie franchises in the world.

The genre of this game is hero defense, and it can be played alone or in a group. According to the description of the Guardians of Universe, the average game duration is 60+ minutes. Moreover, there are 42 completely custom-made characters from different universes, making this even more interesting.