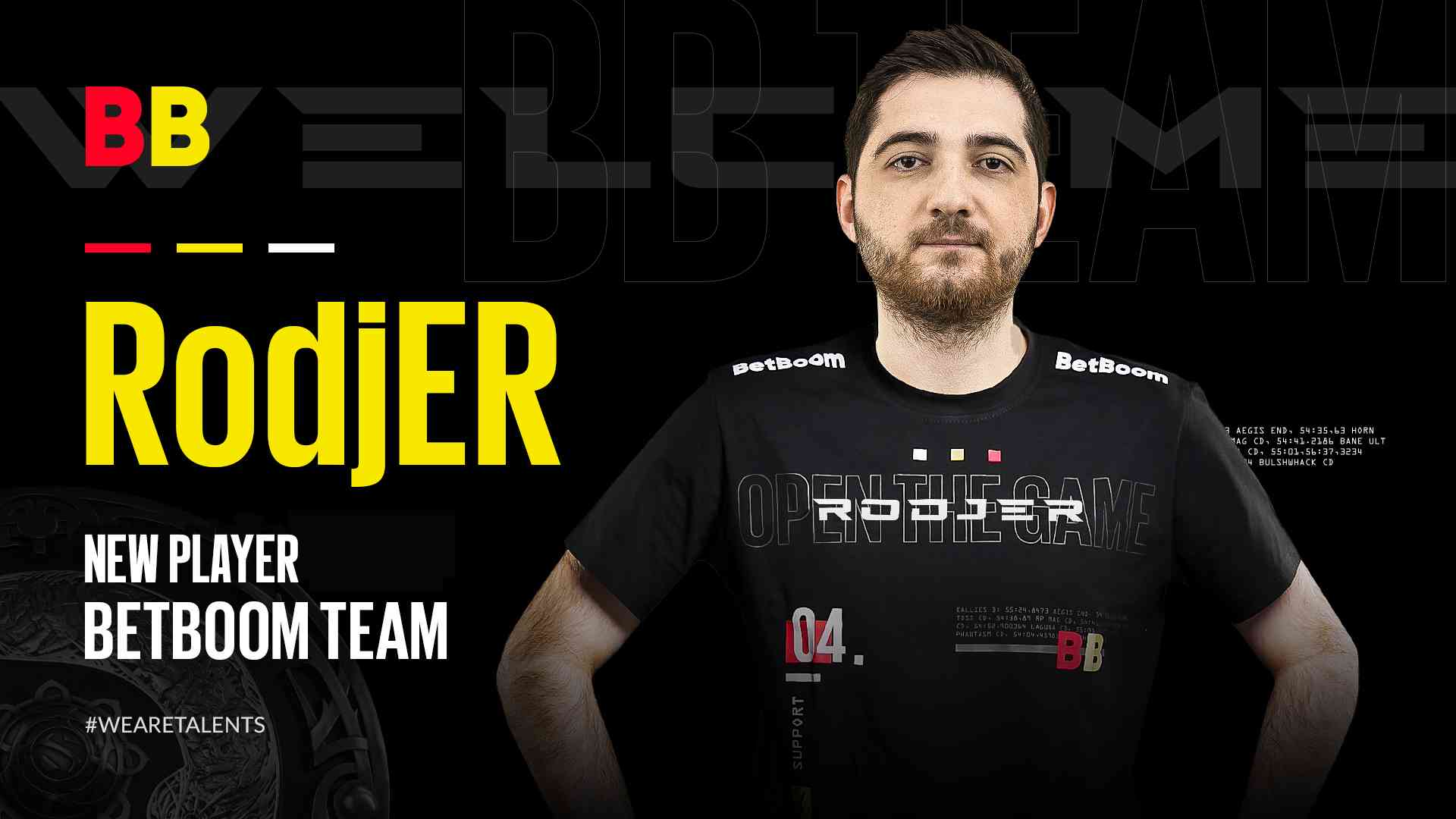 "Due to Max's [Forcemajor] illness, we had to play with a substitute, Rodj [RodjER] helped out in the D2CL victory for us and left a good impression. Vova [RodjER] is an experienced player and is now very motivated and charged to win. This is what the team needs. The guys will soon gather at the bootcamp, where they will start preparing for TI qualifiers. There is a lot of work ahead; we will try to show our maximum!" said BetBoom’s coach Andrey "Mag" Chipenko.

20-year-old Forcemajor has been playing for BetBoom since its inception in April 2022.

RodjER has already played for BetBoom as a stand-in. With him on the team, BetBoom won the playoffs of Dota 2 Champions League 2022 Season 13.

His last team was PuckChamp. The 28-year-old esportsman helped the roster perform in the DPC Division 2, where he ranked fourth and couldn’t qualify for the top division.

BetBoom will debut with the updated roster at The International 2022 regional qualifier. It will be held online from 3 to 18 September.