The RMR open qualifiers have finally started, and Europe got to be the first region to get teams to clinch a spot on its RMR tournament for a shot at being in the Major in May. The open qualifier yesterday and today granted the top four teams a place in the European RMR tournament.

With over 750 teams competing, it was almost sure there would be some upsets and some incredible runs from teams unknown to the public. Eternal Fire, who faced OG early on the tournament and got knocked out, looked to have a deep run but fell short. Along with Eternal Fire, some big names from the European scene were going out on round 2, such as AGO, Bad News Eagles (ex-BLINK), SINNERS, and Into the Breach. On the other hand, several less-known rosters were joining the fight for the four RMR spots, such as Los Reyes, who reached round 7 where they faced Fnatic, and B8, who got as close as one can get to clinch a spot in the RMR tournament but also lost against Fnatic on that last hurdle. Only two rosters in round 7 didn’t belong to any organization, Los Reyes and BenchedHeroes, a team that, as the name says, contains benched players, such as ex-Fnatic Owen ‘smooya’ Butterfield and Rokas ‘EspiranTo’ Milasauskas. 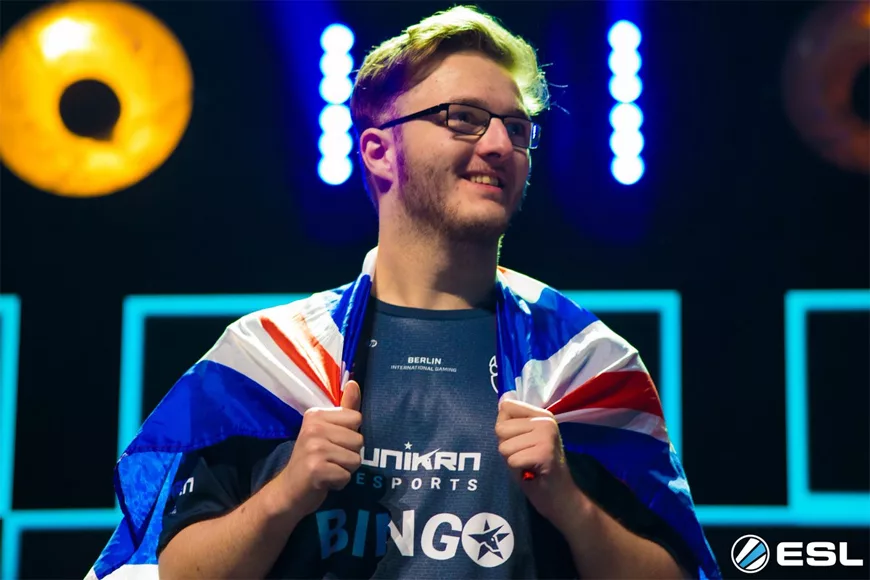 In the 4th round, MONKEsports got knocked out by Run or Die, whose core is composed of ex-Akuma players, and sAw, the #1 Portuguese team, 1WIN, Team Finest, and Team Unique. Round 5 saw teams like Ambush, INDE IRAE, Anonymo, Tricked, IlluminarGaming, HAVU, and Endpoint all leaving the competition.

While some teams were struggling to advance, one roster ran over their opposition: HEET. The French team that formerly played under the DBL Poney banner managed to win all their games during day one without breaking a sweat.

Day two started with a Round of 16, eight best-of-one series. OG continued on fire as they destroyed cowana 16-3. Team Spirit joined OG in the quarter-finals after they beat Movistar Riders 16-5. Contrary to OG and Team Spirit, B8 and HEET had to pull every trick under their sleeve to defeat their respective opponent. B8 pulled another upset, winning against K23 16-14, and HEET survived against SKADE 19-17 after tight overtime in Inferno. On the lower side of the bracket, Wisla Krakow, against all odds, managed to win 16-10 against BIG, one of the top-ranked teams in the qualifier and would face Dignitas after they defeated BenchedHeroes 16-7. The remaining quarter-final waited for Fnatic and AVE, who beat their opponents 16-11.

The Quarter-finals were the only round played in a best of three series, the crucial round for teams to clinch a spot in the RMR tournament. Things went sour quickly for Fnatic, as the Swedish organization faced AVE and lost in just two maps, missing a place in the next phase by a hair, with AVE being the first team in the RMR tournament from the qualifier. The other series was more competitive as all three went to a third map. OG and Spirit fought until the end, but OG secured the second spot after winning 16-1 in the Overpass decider. Dignitas followed suit after taking down Wisla Krakow 16-12 in the Inferno decider, one of the oldest active rosters. The last team to clinch a spot in the RMR tournament coming from the open qualifier was HEET; despite losing the first map and a close second map, the French managed to best B8 and convincingly won the Nuke decider 16-7. Even though four spots were taken, the open qualifier didn’t end until one winner was crowned to settle the seeding process. Once again, AVE proved to be on point as they won 16-11 against Dignitas to be the first team to get into the grand finals. On the other side of the bracket, OG faced off against HEET in Inferno on the other side of the bracket, where the French outplayed OG Esports 16-13. To end the first EU open qualifier for the Major RMR tournament, HEET went head-to-head with AVE in an Inferno classic where the French won

Even though they didn’t get to play the grand-finals, OG and Dignitas are happy as they could grant themselves a spot in the RMR tournament with HEET and AVE.