The North American component of the BLAST Premier Spring Showdown 2022 allows a single team from the Americas to qualify for the main event - the BLAST Premier Spring Final 2022. These BLAST Premier Showdowns are famously incredibly cut-throat. There is a single bracket composed of eight teams, and all matches taking place are best-of-threes. The single-elimination qualifier begins on the twenty-seventh of April and runs until the first of May, with the North American portion taking place alongside the European segment - filling the two remaining spots at the main event.

The BLAST Premier Spring Showdown for North America takes place online, as opposed to the main event, which has recently been announced to be taking place on LAN in Lisbon, Portugal. Despite the event being titled BLAST Premier Spring Showdown 2022 North America, it comes to everyone’s surprise that the majority of teams are from South America, with five of the eight teams in attendance being from Brazil. The initial matchups see FURIA take on their fellow countrymen in Sharks, with Evil Geniuses and GODSENT facing off on the same side of the bracket - a tightly contested matchup for sure. On the other side of the bracket, there is Complexity taking on MIBR, as well as Team Liquid, who come up against paiN.

FURIA is the world's best team globally and has reigned over their region for a long time. The Brazilian juggernaut qualified for the major through the Americas RMR, not losing a map. Andrei “arT Piovezan” Piovezan looked dominant over their region and netted a spot directly in the Legends stage of the major. The strong form they showcased at that event will look to continue into the BLAST Premier Spring Showdown.

FURIA started the year adding a new sniper in Rafael “saffee” Costa. This roster move has positively impacted the squad, who are flourishing now the 27-year-old has settled in with the team. Given their current form and recent dominance in the region, FURIA is expected to be the ones to qualify for the main competition as they look to carry on their stellar form as the major approaches. Another added incentive for Nicholas “guerri” Nogueira’s men is the fact that the main event is located in Portugal - where they will be crowd-favorites, surrounded by fellow Portuguese speakers. 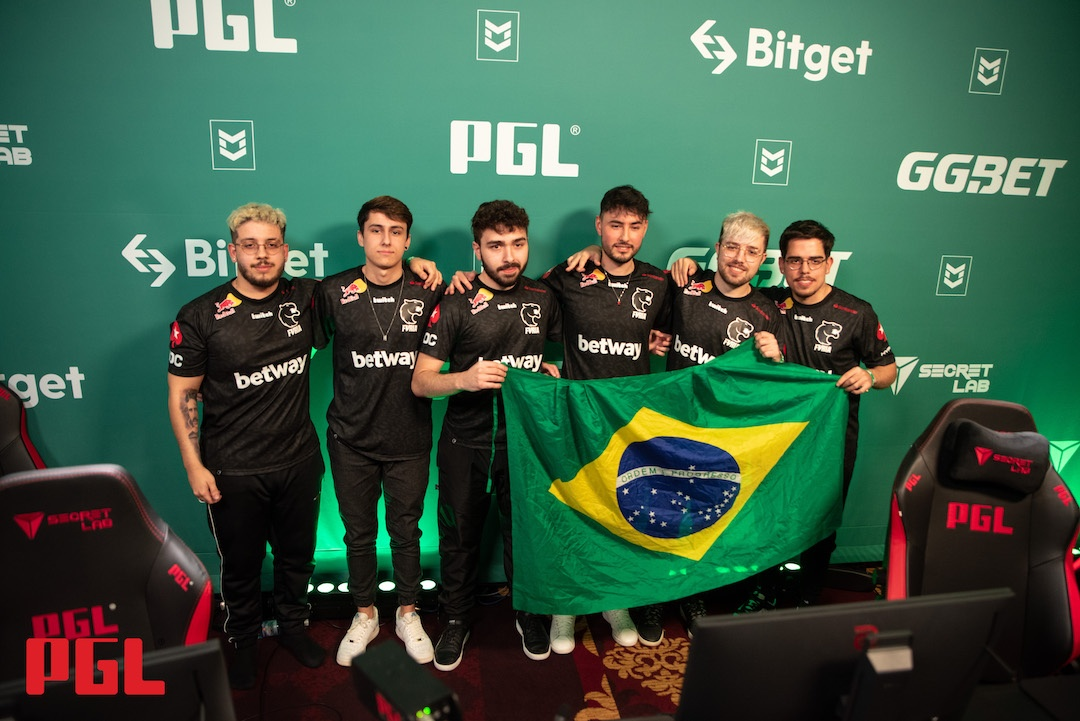 Since we first saw Team Liquid at the start of the year, the North American team has made a lot of progress. Their 5-8th finish at ESL Pro League Season 15 establishes that, with a key 2-0 win over the number five ranked team, Heroic, coming as a massive shock to the entire community. Their AWP player, Josh “oSee” Ohm, newly acquired for the 2022 season, is stepping into the spotlight, averaging ratings higher than established stars like Dzhami “Jame” Ali, Helvijs “broky” Saukants, and Florian “syrsoN” Rische across ESL Pro League 15. A consistent sniper is something the Dutch organization has lacked for as long as fans can remember, and his presence on the server is much appreciated.

Nicholas “nitr0” Cannella’s men look like second-best at the BLAST Premier Spring Showdown but are more than capable of performing an upset - akin to their previously mentioned game against Heroic. They reside on the opposite side of the bracket to FURIA, and if all goes well for both squads, a final match between the two could settle who will make the main event. Themselves and FURIA have a long history which began primarily due to COVID-19, which forced the two to face off due to regionalized events. Historically, FURIA has had the slight edge, but who will come out on top here at BLAST Premier Spring Showdown 2022 North America.

However, to set up the “expected” grand-final of the competition, Team Liquid will first need to get past the winner of Complexity/MIBR. In an interview with HLTV.org, a new AWP player, Paytyn "junior" Johnson stated, “Right now, we are the best team in North America, us and Team Liquid are 50/50.” This quote sparked a lot of conversation throughout the Counter-Strike community, as the Complexity roster simply does not have the pedigree of the Team Liquid roster - a roster that contains three Intel Grand Slam winners, as well as a major winner.

To be fair to the Dallas Cowboys-backed squad, they have been on the up as of late. They recently qualified for the major, through the Americas RMR, only falling at the hands of FURIA, as well as gaining their place at IEM Dallas, only falling at the hands of Team Liquid. Both these games will likely need to go the other way if Johnny “JT” Theodosiou and Co want to fight for the trophy in Lisbon in June. Their initial matchup sees Complexity face MIBR, a match that is expected to be heavily contested. If the North Americans make it through their first test, a game against Team Liquid is most likely what follows - so it will be time to prove that they are indeed the best team in North America.

MIBR begins the Showdown against Complexity, a matchup that will be incredibly tight. Given the momentum, the Brazilian lineup could have an outside chance to make the main event if they find themselves victorious.

Since the addition of veteran AWPer Henrique “HEN1” Teles, GODSENT has failed to find its form. The Brazilian lineup, led by two-time major winner Epitacio “TACO” de Melo, was unable to make the PGL Major Antwerp due to them bombing out in the closed qualifiers for the RMR. They also failed to make any meaningful dent at ESL Pro League Season 15 with the new sniper, finishing fifth in their group and only picking up one win against Party Astronauts. A severe turnaround in the form will be needed for GODSENT to cause any upsets at the Showdown.

Their first game is against Evil Geniuses, which is expected to be a close-fought bout, but the follow-up against FURIA will more than likely be an open-and-shut case, with FURIA showcasing why they are the best in the region. But, can the ex-FURIA AWPer cause an upset against his old teammates?

paiN gained their spot at the BLAST Premier Spring Showdown through their win at the Ace North American Masters Spring 2022. It was a fairly easy route for the Brazilian team, with the only other notable team in attendance being TeamOne, who they beat comprehensively. The Brazilian squad does not have the same fear factor as they did in 2021 since losing their AWPer, Rafael “saffee” Costa, to FURIA. However, his replacement Gabriel “nython” Lino, is impressive thus far and will be looking to make a name for himself at the Showdown.

They face Liquid to start the Showdown and therefore are unlikely to make further progress. A win against Liquid would be monumental, and given the fact the event is taking place online, anything is possible.

Speaking of pain, the North American legends at Evil Geniuses have been going through a lot of it as of late. Having failed to make the major, again finishing 0-5 in an ESL Pro League group, Jake “Stewie2K” Yip and his men are in about as bad form as it gets. Their recent failure to make the major is going down as a huge disappointment for North American fans. Their roster contains all the North American major winners still playing Counter-Strike. Their inability to win a match at ESL Pro League Season 15 could also be detrimental for the organization, as it could cause them to fall out of the Louvre Agreement.

Evil Geniuses are not feeling good right now, and roster changes already seem imminent, even given the fact the lineup was so recently built. The Showdown may very well be their last chance to prove the community wrong and show that they still have what it takes to fight at the highest level.

Sharks gained their spot at the BLAST Premier Spring Showdown 2022 through their victory at FiReLEAGUE Latin Power Spring 2022, where they beat out Gabriel “FalleN” Toledo’s Imperial in the final. The Brazilian team, currently ranked one hundred and second in the world, therefore certainly earned their spot at this qualifier and will be looking to continue further at the event. To the team’s dismay, their initial matchup sees them go head-to-head against the best team from their region - FURIA. Although qualification to the event seems unlikely, a close matchup against FURIA will give the Sharks some much-needed confidence after their recent failure to make the PGL Major Antwerp, falling twice in the RMR Open Qualifiers.