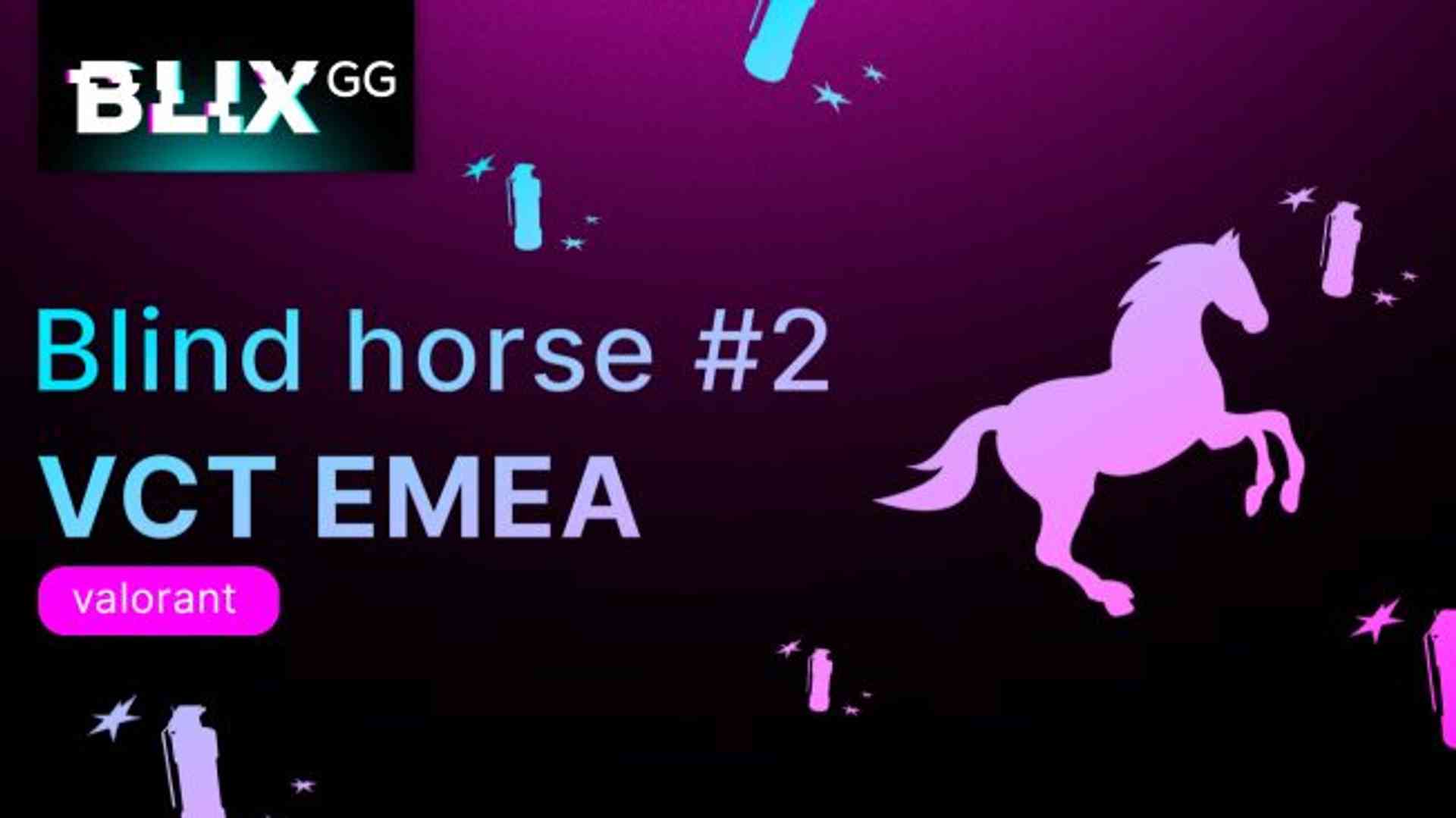 The VCT Challengers’ main event in Europe, Middle East, and Africa (EMEA) region is set and matches are underway. There are the tournament’s favorites, none other than Acend, the game’s first-ever World Champions, and there are the underdogs, which we have chosen for you below.

Disclaimer: The column name is mixed from blind peek and dark horse definitions. In this series of articles, BLIX.GG’s authors pick dark horses and provide their positions as to why a particular team could reach success in this event. 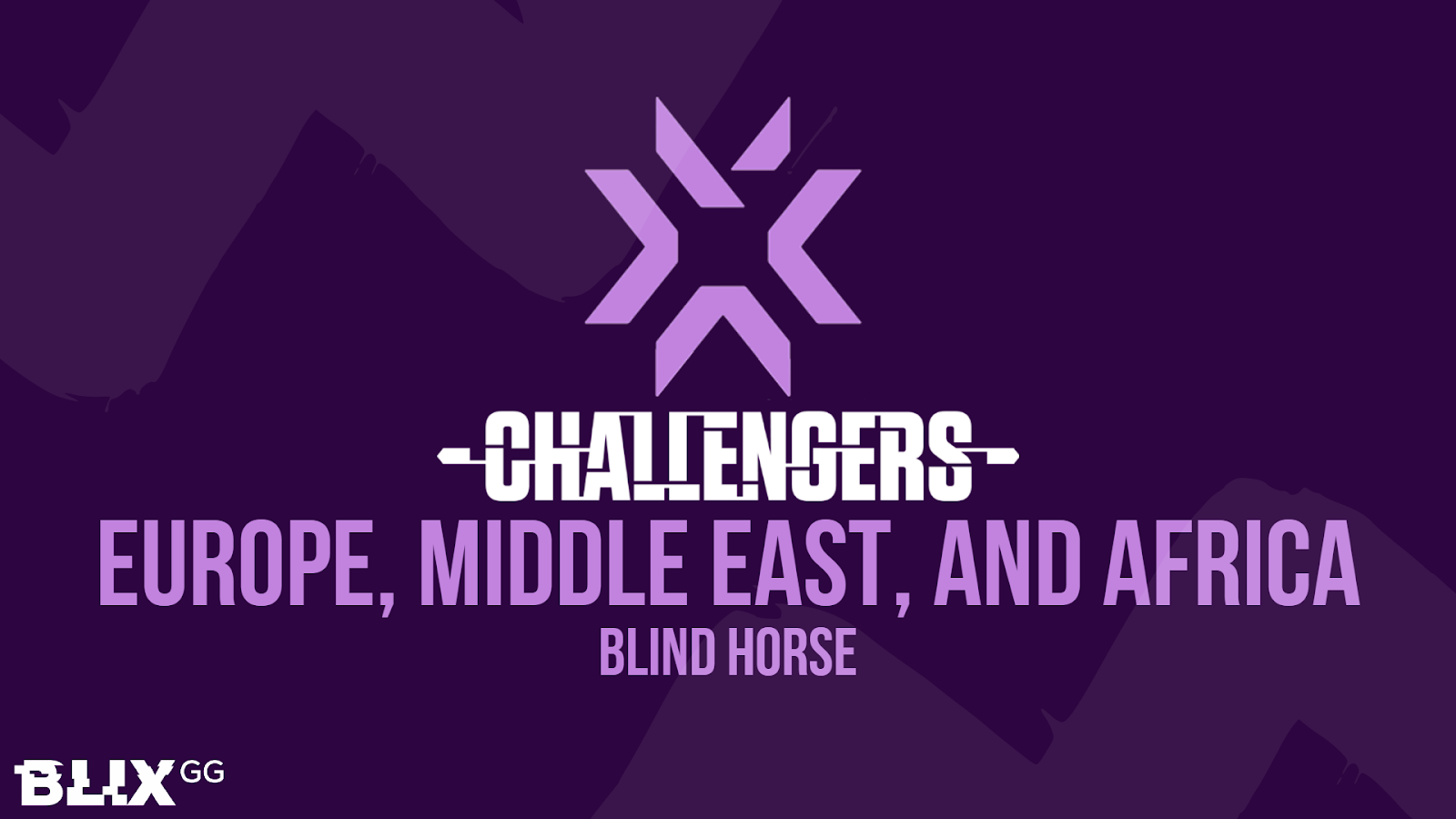 After facing the edge of elimination every time, LDN UTD surprised the entire EMEA VCT scene when they qualified over names like Team Vitality, TENSTAR, and Alliance, who all had nearly qualified during the first closed qualifier. It was a surprise since LDN UTD themselves were a team who couldn’t make it to the first closed qualifier, yet they toppled the entire opposition during the second, all when their backs were against the wall.

LDN UTD is a UK-based esports organization that entered the professional VALORANT scene in early 2021 when they signed a core of 3 UK players with 2 Czechs to their roster. Eventually, the organization also signed a single Lithuanian player, Lukas ‘feqew’ Petrauskas. However, that roster would eventually be dropped following a lack of positive results. And a rebuild was then underway, with none other than feqew as the focus of the new team.

By October 2021, in came 3 Lithuanian players and a Polish player to complete the revamped roster of LDN UTD. This team had one main goal, to qualify for the next VCT season in 2022. They spent their next 3 months in preparation to reach this goal.

The current LDN UTD roster is:

Their test had finally come during the first VCT European Stage 1 Challengers Open Qualifiers, but they failed that test. Though, to their defense, a tough fight against BIG was what took them down. They had their second chance, that was where they earned their ticket to the second closed qualifier. And the rest was history.

But to brush you up on your history, LDN UTD started their closed qualifier run with a loss against Team Vitality. And in the lower bracket, they began their domination against every team in their way. First were Rebels Gaming, who they swept 2-0. Next were TENSTAR, again swept 2-0. This brought them to a rematch against Team Vitality for a spot in the Lower Bracket Final. And again, they swept the series 2-0 for a revenge win.

A single Best-of-5 series against Excel Esports was the only thing keeping them from the VCT EMEA Stage 1 Challengers. Excel Esports were no easy opponent, however. They had only dropped from the upper bracket after a hard-fought loss to G2 Esports, but had been looking promising throughout all their matches.

LDN UTD made one last statement in the qualifier, by sweeping Excel Esports 3-0 and winning the series without any troubles. They had gone flawless in their lower bracket run, a concerning sight to see for any team they will face against in the Group A of the VCT EMEA Stage 1 Challengers, which consists of:

Will LDN UTD stand a chance in a group consisting of EMEA’s best and most well-known teams, including the runner-ups of the 2021 VALORANT Champions? Find out by following them on their journey.

“Born to win” is their name, and they’re coming for just that. NAVI entered the VALORANT scene much later than their fellow premier organizations. In mid 2021, the Russian org announced at the time 17-year-old Kirill “Cloud” Nehozohin as their first VALORANT player. A month later joined him the four-man roster of Duno, 7ssk7, dinkjz, and arch who played under the name of “Worst Players”. That made NAVI:

The team started off with rough results, only making it far in some of the weekly Moscow Cybersport Series tournaments, a lower level competition, and even winning Week 7; but when it came to the bigger more important matches, they failed to perform up to par.

For the next few months, they continued to compete in lower tier matches and got more official practice together for the Challengers qualifiers. They were invited to the first closed qualifier, where they fell just short of making it to the main event after taking a 2-1 loss against a strong FunPlus Phoenix (FPX). However, by finishing as runner-up in the first closed qualifier, they secured a spot for the second closed qualifier. Now that FPX was out of the way, it seemed like a run in the park for the (mostly) Russian squad.

It wasn’t. Although they took down EZClap in the quarterfinals, Team 5MOKES were a rising underdog themselves, and swept NAVI 2-0, sending them to the lower bracket. In the next three lower bracket matches, NAVI would only drop one map and made it to the finals, the Best of 5 rematch against 5SMOKES. Surprisingly, they swept 5MOKES 3-0 after losing to them 2-0 just two days prior. A sweet revenge it was, they secured their spot in the main event and were placed in Group A with LDN UTD.

Now, looking hot as ever, NAVI and LDN UTD are the teams to watch. As a total of three teams will qualify to the playoffs, they both have a realistic chance of making it through, but one may have to knock the other out for that third spot.