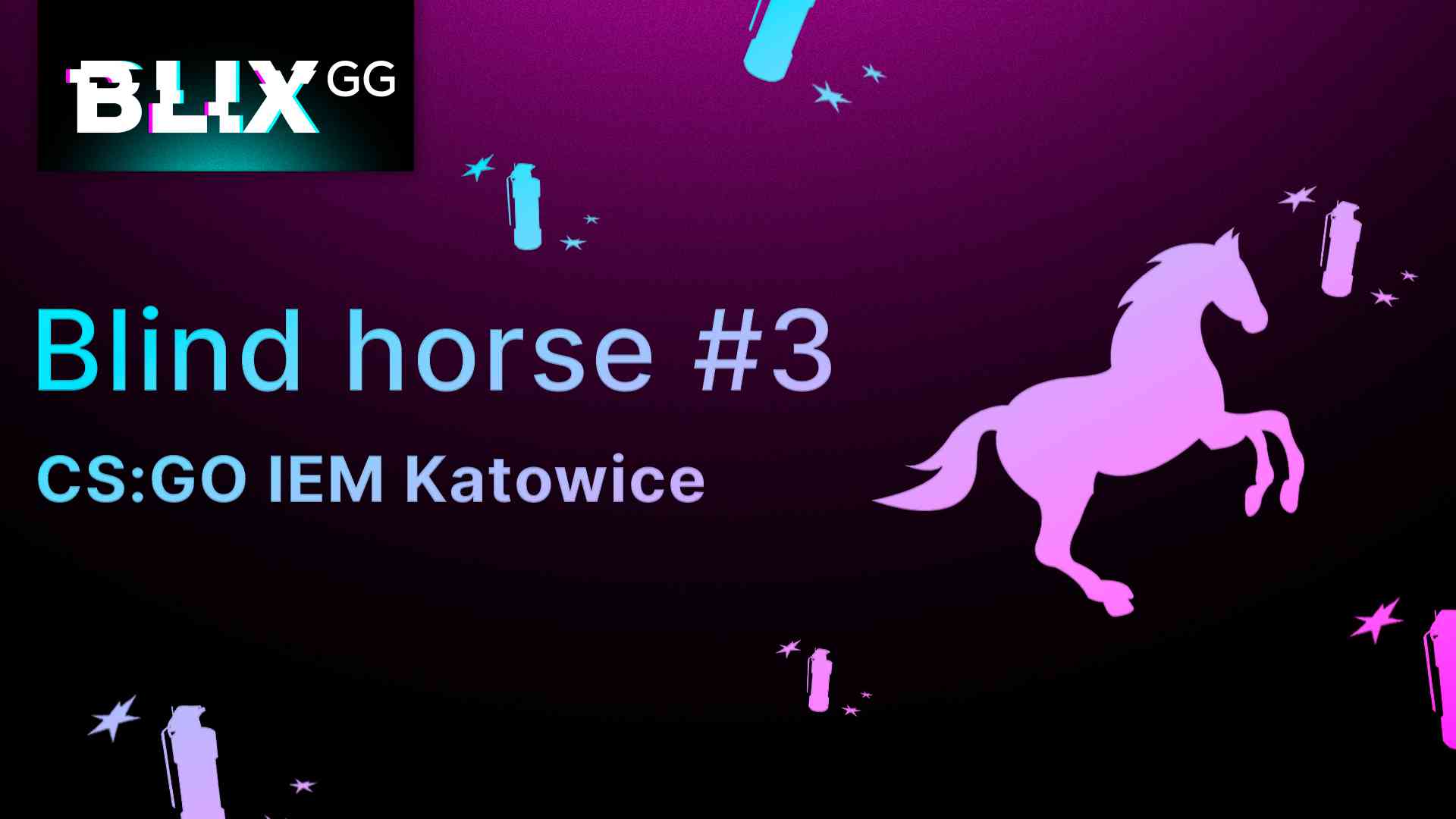 Disclaimer: The column name is a mix of the sayings ‘blind pick’ and ‘dark horse’. In this series of articles, BLIX.GG’s writers choose teams who could surprise us, and explain why.

Alex “ALEX” McMeekin and Co enter IEM Katowice 2022’s Play-In coming off of a spell of poor form. To begin 2022, they attended both Funspark ULTI and received a playoff invite to Pinnacle Winter Series — failing to win a single series in either of these outings. These lackluster showings have led to a general disregard from the community prior to Katowice. With doubts over whether they will make the main event entirely.

In spite of this recent form, the stellar performances that the British-Swedish squad displayed towards the latter stages of 2021 are enough to prove their worth on the global stage.

The addition of Owen “smooya” Butterfield on trial in October of last year snowballed into an enormous up-swing in trajectory. The British organization rose in the rankings from as low as 30th to 12th in the world ahead of the 2022 season. Initially, the team found themselves on a run of sixteen series wins in a row; winning Dreamhack Open November and REPUBLEAGUE TIPOS Season 2. This resurgence of the FNATIC roster was incredible. Given time to properly reset after a negative start to the year, a return to this formidle level seems likely.

Their IEM Katowice journey begins with a Best of One series against Copenhagen Flames who, similarly to FNATIC, have started the year poorly. The subsequent game will see FNATIC going toe-to-toe against either Wisla Krakow or Ninjas In Pyjamas. With the continued absence of Nicolai “device” Reedtz from the Swedish squad, it isn’t hard to see them entering the main event without losing a single series. Once at the main event, the sky's the limit for this lineup; and given the previous success of their organization, winning this event three times previously, anything is possible.

Following the departure of Robin "ropz" Kool towards the end of last year, fans were left in a daze — wondering what the future holds for the German organisation. Luckily that didn't last long, as they picked up the French legend Nathan "NBK-" Schmitt and promoted the Hungarian Ádám "torzsi" Torzsás to the main team roster; taking Frederik "acoR" Gyldstrand's spot as the primary AWPer and thus moving him to the bench. And due to Aurimas "Bymas" Pipiras testing positive for COVID-19 recently, academy player Jon "JDC" de Castro will be filling in for him. Bymas will be on the bench for the entire duration of the tournament.

Subsequent subpar performances throughout 2021, led MOUZ to replace Danish coach Torbjørn "⁠mithR⁠" Nyborg with fellow countryman Dennis "⁠sycrone⁠" Nielsen; promoted from the academy roster alongside torzsi. Giving him an edge with his already-established chemistry with the Hungarian youngster.

MOUZ's most recent match-up was at IEM Winter 2021, where they suffered a loss against the Danes of Astralis. As well as losing to the former French roster of Vitality in overtime. Having not yet played during the new year, none of their opponents know what to expect, providing them with the element of surprise. Their face-off against Brazilian team GODSENT is not something to be taken lightly, especially with the rejuvenation of David "frozen" Čerňanský since the extension of his contract, having signed a multi-year agreement with MOUZ.

With the abundance of experience that two-time Major champion NBK- brings to the team, the hunger of torzsi to prove himself, and a bit of luck, we can expect a positive debut at IEM Katowice 2022. If they do well and keep up their potential, they could rise up the rankings of HLTV.

Wisla Krakow is thought to be one of the weakest teams to play at IEM Katowice 2022. But that doesn’t mean they don’t have the potential to become the biggest upset of the event.

This is a well-balanced squad with an experienced captain and 3 young but great shooters. This year, the team has won 11 out of 15 matches; including the 2:0 win over Furia. On top of that, only Grzegorz "SZPERO" Dziamałek has a rating 2.0 lower than 1.10 (0.99), while the team overall is now in very good shape.

Furthermore, the squad received Ninja In Pyjamas as an opponent in the first round of Play-In. NIP shows no stability this year — and the teams will most likely play Overpass or Inferno in the BO1. These are Wisla’s 2 best maps. If they defeat NIP, the Polish team will play against either FNATIC or the Copenhagen Flames winner.

Neither team showed their best performance during 2021; so Wisla could easily beat either of them.

But the biggest advantage of these guys is that the tournament is thrown in Poland; so the spirit of playing on their home turf can offer both support and inspiration for Wisla to reach the top. All in all, if they manage it, qualifying for the main event will be a massive success for the squad.