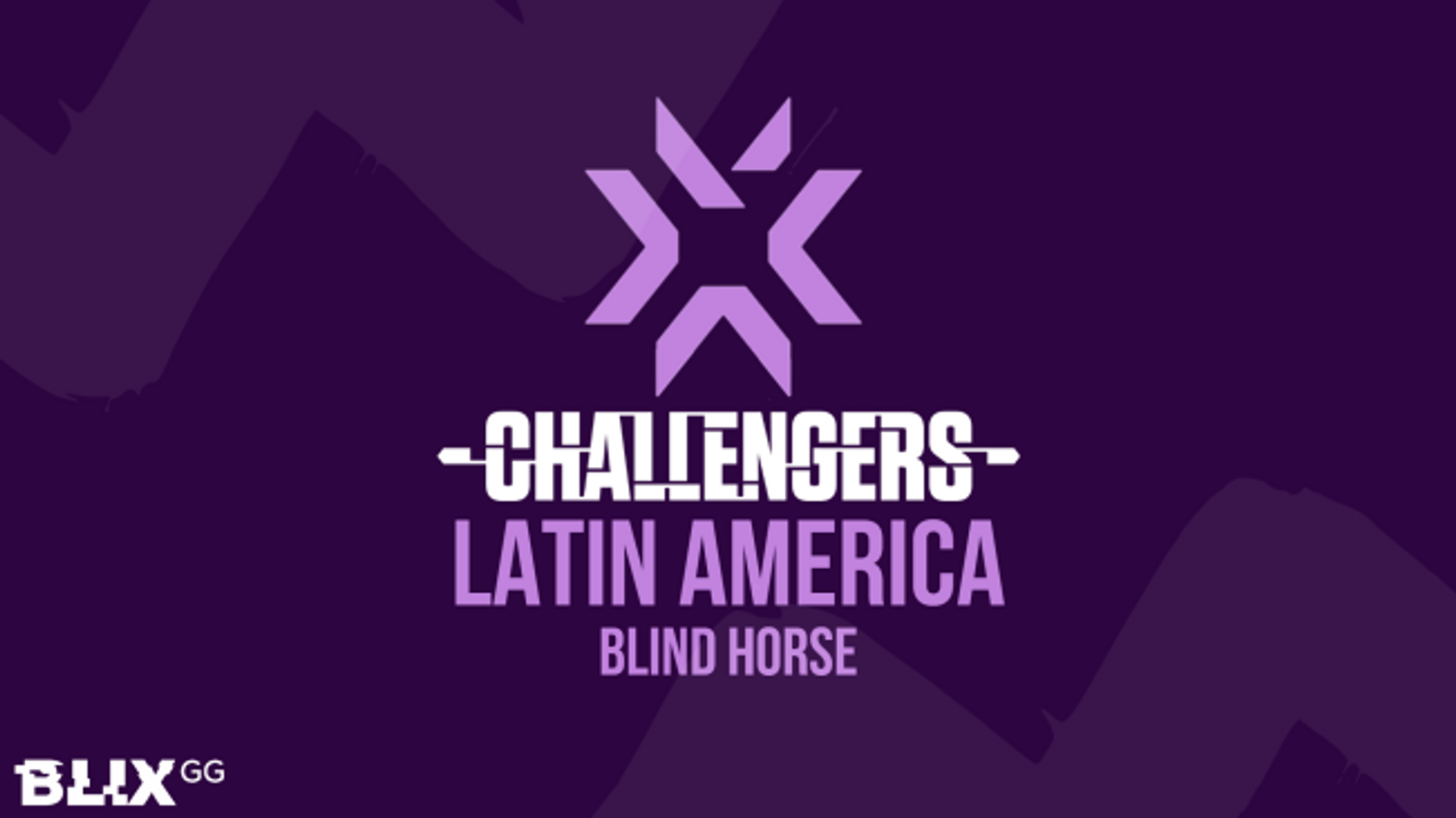 The third of the Americas, and potentially the best, the VCT: LATAM (Latin America) has started and is already delivering exciting matches. Ahead of its start, where 9z Team and Infinity currently sit at the top of their respective groups, we’ve highlighted the two hottest looking underdogs of the region’s tournament thus far.

Disclaimer: The column name is a mix of the sayings’ blind pick’ and ‘dark horse.’ In this series of articles, BLIX. GG’s writers choose teams who could surprise us and explain why.

This is the fifth edition in the VALORANT underdog series, check out the other regions; Brazil, EMEA, North America, and Asia-Pacific. 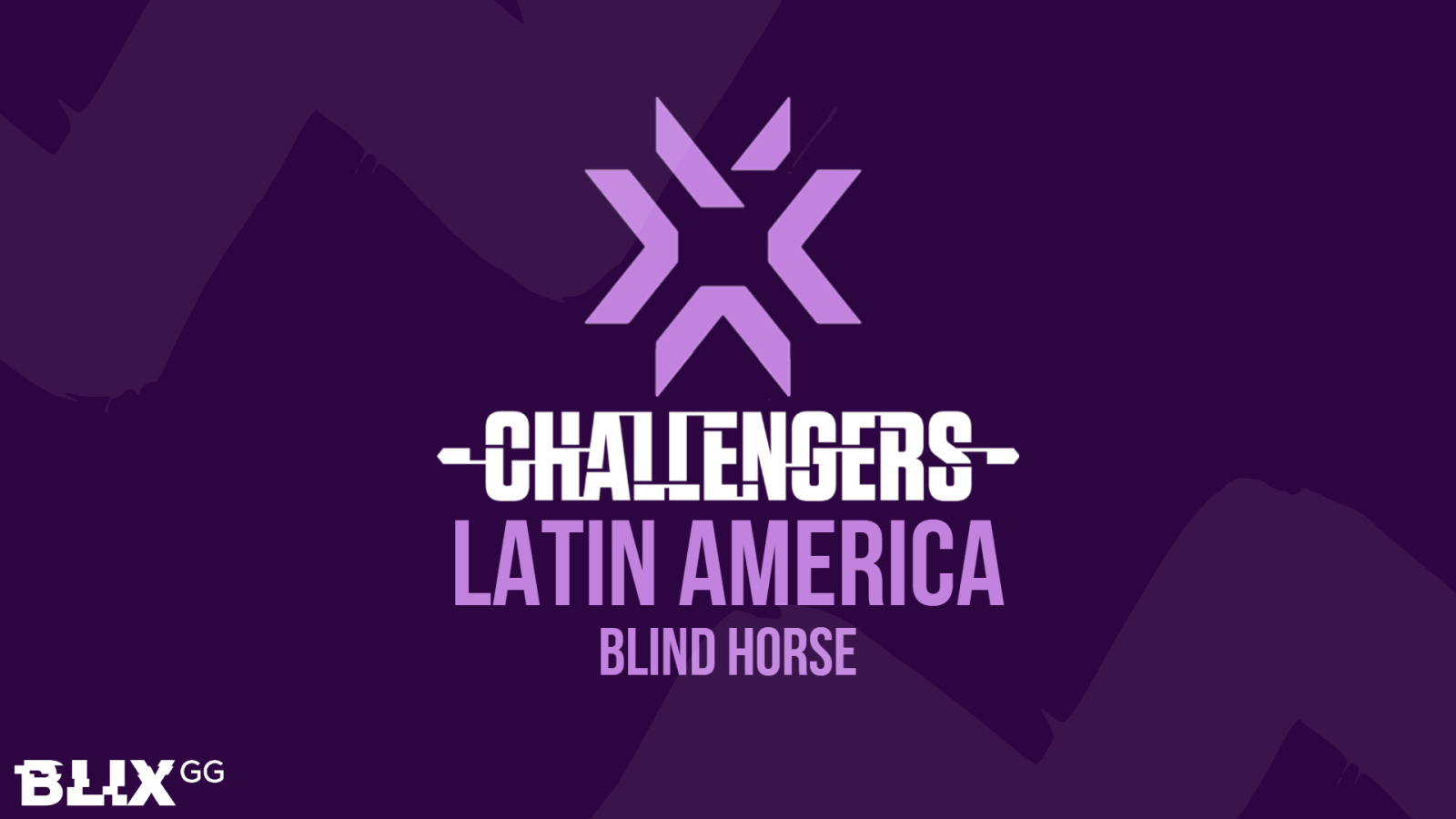 Border Monsters entered the competitive VALORANT scene almost exactly a year ago, on February 10th, 2021. They acquired the roster of “Buscando Org” (meaning “Looking For Org”) and added Juan “Daykiry” Garcia as an Analyst, who soon afterward transitioned to a Head Coach position.

Early on, the team tested the waters with a six-man roster, which is still not very common among VALORANT teams, even at the top level. It didn’t work very well as Michael “BandiCoot” Mancipe, the sixth man in question, left the team just 15 days after joining. However, he rejoined the roster when Border Monsterts benched one of their core, allowing BandiCoot to play as a starter until Six Karma acquired him in October.

Over the following months, BM would make constant changes to their roster, bringing on several new players and a few coaches and other strategic talents. They also signed content creators, seemingly attempting to make Border Monsters more than just a VALORANT team. Their most recent signings, however, come in the form of the Chilean duo of Alca and Adi, both of which were announced on January 5th.

As it currently stands, Border Monsters VALORANT is the Colombian/Chilean mix of:

The team had a shaky start, as any new roster would. In more recent events, though, BM has had much more consistent results, placing 1st in several events despite some of them being a lower level of competition. Since their initiation, the org has sat at the top step of the podium on a few occasions, most notably last year’s VCT LATAM-N Stage 2 Challengers 2 and Stage 3 Challengers 3, a LAN event.

This year, they qualified for VCT Challengers by going through the open qualifier, which by placing 1st-8th, earned them a spot in the closed qualifier, which by placing 1st-4th, earned them a spot in the LATAM North Stage 1 Challengers. If they manage to place in the top 2, they will immediately secure a ticket to the LATAM Challengers Playoff, a LAN event where both the North and South teams of Latin America compete. And if they place in the top 4, they will qualify to Challengers 2, where they would have (if needed) a second shot to qualify to the LAN event. At LAN, only one from the entire LATAM region will qualify to attend Masters.

For now, they compete in the Group stage that consists of:

Border Monsters can beat everyone in their group and top it, but their real competition begins when they have to compete against the much stronger South side. The only occurrence of BM playing a team outside of their region was back in November of 2021, when they took on North America’s Pittsburgh Knights, a team full of young talent that is currently making their own miracle run, and lost 0-2 in quite an easy match for PK. That is not to say that BM can’t pull off a surprising run of their own; Indeed, they can. It’s just a matter of proving themselves again.

Unlike nearly every other organization, eBRO has kept its roster as is since joining the VALORANT scene. Also worthy of mention: In the South Stage 1 Challengers, they have the most diverse roster; while all other opponent teams are made up of primarily Chilean or mostly Argentinian players, eBRO has 2 Brazilians, 2 Argentineans, and a Chilean player:

Realistically, eBRO is the only team in the South that stands a chance against the likes of 9z Team and KRÜ Esports while maintaining the “underdog” status. At the time of publication, eBRO sits 4th in their group, which is only good enough for the Challengers 2 spot for a second chance. To their credit, though, they are miles ahead of teams Meta Gaming and Movistar Optix, who sit in 5th and 6th, respectively, as eBRO is only -1 in round difference while Meta is at -21 and Optix at -30.

Their only loss so far in this tournament came against 9z Team, in an intense series that saw the last map, Haven, ending 13-11. eBRO has the potential to finish in 2nd place in their group as they have an easy schedule ahead except for a match versus KRÜ. If they manage to finish 3-2, and with a sprinkle of luck, they could make it out in runner-up position by round difference. Worst case scenario, they will have another shot in Challengers 2, and surely, they can qualify for the LATAM Challengers Playoff LAN event.

eBRO is in the 2022 VCT Challengers LATAM South group, which consists of:

eBRO is a team that came to life just a couple of months ago yet impressively managed to compete with the best of the best in Latin America. They are yet to play any matches against teams outside of their immediate region. It will be interesting to see how they fare against international opponents if they ever advance.