BOOM blaZek1ng: “Of course, there is a hard period of time while shifting to Valorant, but I've been there since the start, since the first tournament in Asia, so I think I made it."

As BOOM Esports' longest serving member, blaZek1ng viewed the team's qualification for Champions as a long time coming. Since joining in the summer of 2020 as one of their founding members to their Valorant squad — which was preceded by a storied career in Counter-Strike: Global Offensive, blaZek1ng has seen multiple iterations for the team seek to conquer APAC and contend against the rest of the world in Masters and Champions events, only for all to come to no avail.

Fortunately for him, that all changed in the late stretch of the 2022 VCT season as the team, with the inclusion of famouz, bested their competition in the APAC Last Chance Qualifier to qualify for Champions. Now, at the end of a tumultuous journey to the game's biggest stage, he hopes to build on BOOM's recent success and attain additional glory for the region he represents.

Soon after facing OpTic, blaZek1ng talked to BLIX.GG to discuss his thoughts on the region's progression within the international level this year. How he personally progressed from his days as a professional CS:GO player to now, balancing leadership with fellow teammate and IGL fl1pzjider, and more.

Pedro Romero, BLIX.GG: You are currently the longest active member of the BOOM Esports squad. That said, you have seen various teammates come and go over the years. How have you adjusted your leadership abilities and personal play to synergize with different teammates over the years?

blaZek1ng: I can say it's not so very hard to adjust to a new member or something because they are also Indonesian and my friends. We can just be professional inside the game and chill out outside the game, so it's not really an obstacle for me.

BLIX: On top of that, how has it been to work with meow as your head coach?

blaZek1ng: Having meow as a coach has been very helpful because he knows the structure. Of course, he has experience in Korea which he has brought to us here. We play a bit slow right now. We're not just rushing A or rushing B. He helps us a lot with mistakes also so that we can fix it.

BLIX: Has that always been a point of emphasis for the team to always play slow? Or has it sometimes evolved from that by having to adjust to a given team at a given match?

blaZek1ng: I think Valorant is a very adaptive game. You can't just go very slow every round. You need to mix it up. You need to build a tempo, go slow when needed to, and play at default. It just happens in the inside the game. We don't have any specific plan. We're just very adaptive in the game.

BLIX: Besides yourself as one of the main leaders of BOOM, the teams also has to work with fl1pzjder as the IGL. How have you balanced that sort of leadership aspect with him in particular?

blaZek1ng: I don't think I've been giving him full support or something because he usually does all the calls in early games. Sometimes in mid games, I make mid-round calls such as going B or going A, but he is the most loudest voice in a team. I cannot say much because he always has the ideas of what we have to do in a round.

BLIX: I now have to ask what happened during Round 11 in Fracture where Crashies got that ace on the ropes. What were the team comms like from your perspective?

blaZek1ng: To be honest, we wanted to take the A main but it was impossible for us to do so at the time, so I don't know. We got knifed by KAY/O so they knew we were heading to A main and then fl1pzjder just said, 'Let's go! Let's go take the ropes! Let's go take the ropes!’ I was the last one to get on the ropes and I was thinking, 'Should I take it or should I alert?' and then he said 'Just go!' so I went and then the comms became pretty messy. The team yelled 'There is someone there!' It was so funny. Of course we lost the round but we were just laughing.

BLIX: You came from CS:GO and, prior to moving to Valorant, you were a major staple in the region. What has been the most important attribute that you have used from your CS:GO days to now as a pro Valorant competitor?

blaZek1ng: I think you can learn a lot from CSGO like the comms and debating things. I think there is no other specific game that can beat the CSGO experience because it is so deep. The knowledge is so deep, so that proved to be an advantage for CS:GO players when they went to Valorant, of course.

BLIX: Did you feel you had to shift your playstyle by a great margin in switching from CS:GO to Valorant?

blaZek1ng: I don't think there is a lot of major changes because the basics is the same as CS:GO. Here, we have agents that can fly, that can molly, has different flashes, and can TP. You just need to adapt and learn about the agents and then you will be fine. That's because, in Valorant, there's so much chaos compared to CS:GO because you can probably see where a smoke or fire is located in, whereas in Valorant, maybe you can get flashed, maybe you can get molly'd, maybe you can get the wallbang. There is nothing about a major change, but you need to just adapt to the game itself.

BLIX: What about yourself? Did you feel you had to change within your personal gameplay?

blaZek1ng: Of course because the role is different. Now I'm playing more of a supportive player. Back then in CS:GO, I was a lurking guy. Of course, there is a hard period of time while shifting to Valorant, but I've been there since the start, since the first tournament in Asia, so I think I made it. 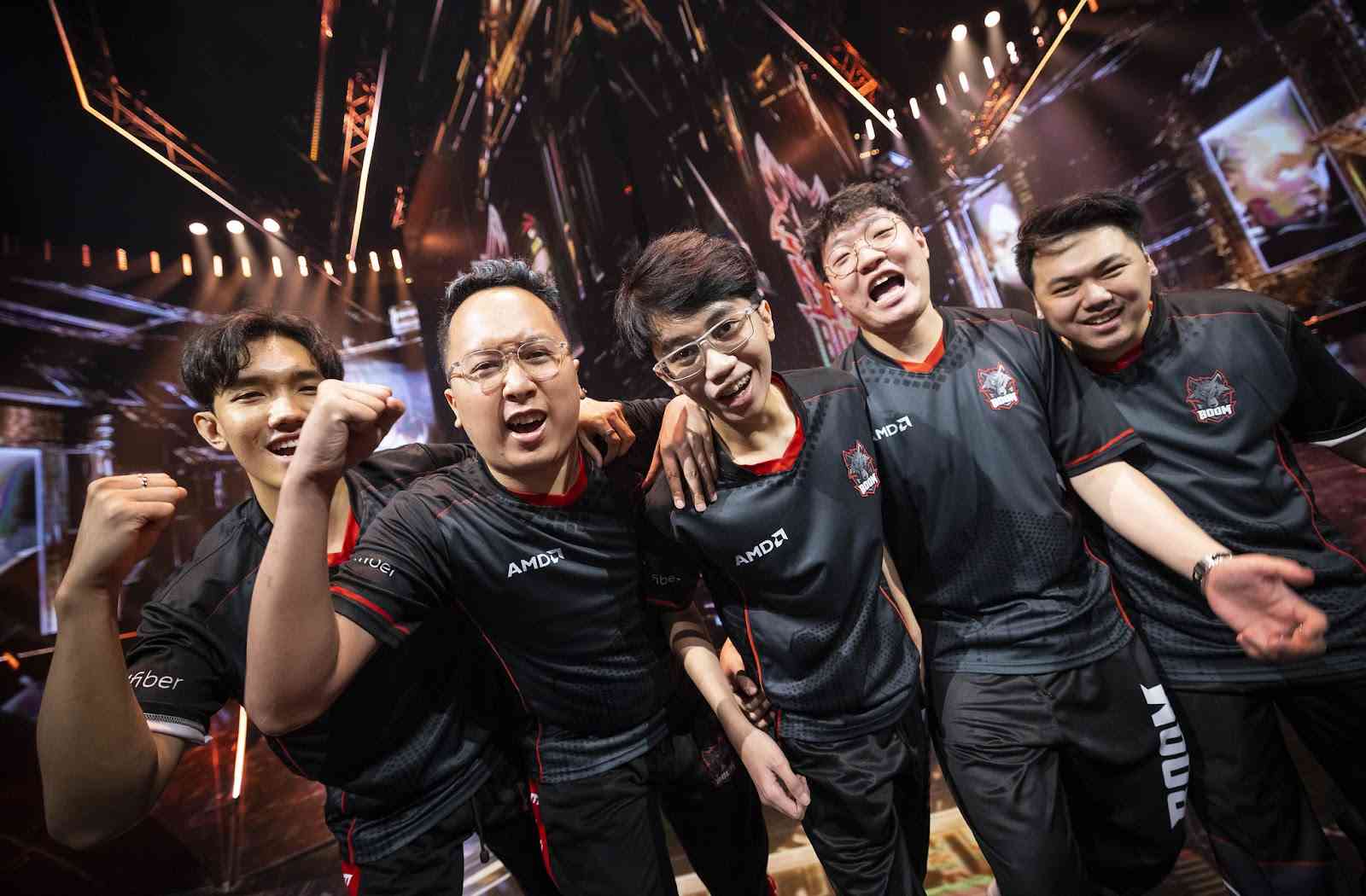 BLIX: This season has seen an immense growth within APAC through its teams succeeding in international events. The biggest example to that is obviously PRX. As someone who has competed in the region from the game's launch, what has enabled APAC to perform so well this year in the VCT?

blaZek1ng: I think the farthest APAC can go is only thorugh the guys on PrX. I guess they have a greater advantage as they have sticked together since their CS:GO days. They only changed with one player by going from Tommy to shiba and then to Jinggg. So already, with the chemistry they have built since CS:GO, I think not a lot of teams can pull that off. In relation to XERXIA and BOOM as well, not all of us have come from CS:GO. Of course, we have a lot to work with in order to reach PRX's level.

BLIX: Do you feel BOOM is behind compared to teams such as PRX and XERXIA in terms of the synergy shown in matches?

blaZek1ng: From my perspective, I think the one who has a different level is only PRX because they have a very adaptive play. But with XERXIA, I think we are on the same level. I can say pretty much that the only work we need to do is building that consistency. That's the hardest thing to do.

BLIX: Do you have any final words to share?