BOOM fl1pzjider: “PRX is playing how they want to approach the game. They don't really copy the styles found in NA, EMEA, or Asia.”

Of all the teams taking part in the 2022 Valorant Champions tournament, there had been plenty of intrigue revolving around BOOM Esports, the third seed from the Asia-Pacific region (APAC), who qualified for the event through its Last Chance Qualifier.

Due to their recent inclusion of famouz and subsequent adjustments that accomodated their latest arrival, the team overran their regional rival to book themselves a place in Istanbul, Turkey and vie for the Valorant world championship. Furthermore, in reaching Champions, Boom also qualified for their first-ever VCT international event, thus creating a milestone in the org's history within Valorant.

Among those who made such a feat possible was IGL Saibani “fl1pzjder” Rahmad, who joined BOOM in June 2021. While the team ultimately failed to qualify for any international event for the rest of that year, under fl1pzjider's tutelage, they eventually improved enough to now stand beside the best Valorant teams in the world. That renowned position was made evident as they faced North American powerhouse OpTic Gaming in their opening Group B match for Champions.

Following BOOM's series against OpTic, fl1pzjder spoke to BLIX.GG to discuss how the team managed to reach the tournament, the inclusion of famouz prior to the APAC LCQ, his thoughts on the region's general playstyle and how it compares to its top teams, and more.

Pedro Romero, BLIX.GG: BOOM made their way to Champions through the APAC LCQ. What enabled the team to finally reach the VCT as opposed to the rest of the year where they have not been able to qualify for past international events?

Saibani “fl1pzjder” Rahmad: When we had that new lineup and the fresh gameplay and mindset that came along with it, I think all that made us really unpredictable as a team because we had a different playstyle compared to last year when we played for Masters 1 and 2.

BLIX: One of the biggest things that fans and analysts have identified as one of the major causes for BOOM's good form is the fact that you guys brought in famouz on loan prior to LCQ. How has the roster adapted in synergizing with famouz since his arrival?

fl1pzjder: I think most of the time it has been famouz adjusting to us because the four of us knew how we wanted to approach and play the game. I think he adjusted very well because he's a good player. He's really sharp and he's really smart also. I think that's what made it really easy for us to adjust with each other because he adjusted to us very, very well.

BLIX: I talked to blaZek1ng and he mentioned how he had to change his playstyle in order to make way for famouz. Did you change your playstyle also? And if so, can you elaborate on how you changed your play style to accommodate famouz?

fl1pzjder: For me, as an IGL, I give him a lot of free space and let him do what he wants to do because I know he can make great plays. I also think he has the most agent comps.

fl1pzjder: I think the playstyle in the APAC scene is something that not every other region can use. I don't think EMEA or NA can use how we play the game because most APAC teams plays very aggressive and each one of us have a different playstyle within that front. I think another key point is APAC teams has more chances to compete now. That's why they're also getting better and better. For PRX specifically, they found their fifth player and he helps them play the way they want to approach the game.

BLIX: In that regard, do you feel APAC's general play style has gravitated towards emulating the top teams like PRX or have they branched out beyond that?

fl1pzjder: I think most of the team have their own style on how to play the game. I think most of the APAC teams watch EMEA or NA teams. For me, PRX is playing how they want to approach the game. They don't really copy the styles found in NA, EMEA, or Asia. They just do what they want to do. I think that's what makes them really unpredictable and really good. For the rest of the APAC teams, we need to use own our playstyle rather than using how EMEA or NA plays because not everyone can play like them. 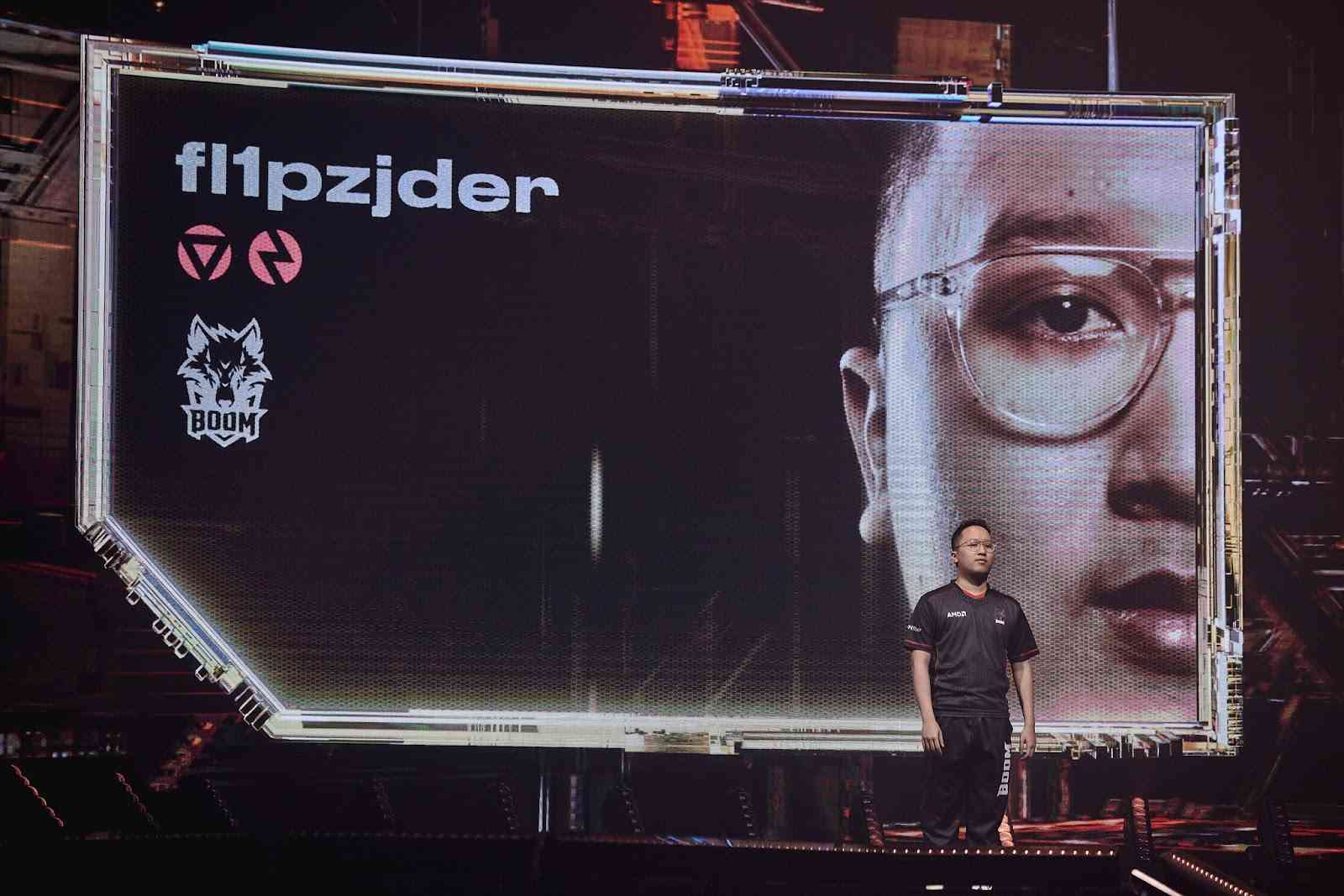 BLIX: How have you refined your capabilities as BOOM's IGL? What inspiration did you find from other players of which you have then put to use on your end in matches?

fl1pzjder: From inside of our team, with respect to BerserX and famouz, I give them a lot of freedom because they are really sharp and they can do so many things. Most of the time in the game, I need them to give me input such as what the opponent is doing and how they are faring in their present position so I can think how to counter it, how to play against it, or how to make proper adjustments.

BLIX: Is there a particular player you take inspiration from as an IGL?

fl1pzjder: For me, I don't really watch a lot of IGLs but I see a lot of teams in terms of how they play. I think to myself with questions such as, 'Why they do this? why they do that?' Let's say FNS is a good IGL but I don't really try to copy him. I just see what OpTic is doing and I tell my team, 'Guys, we can do this. It's a good idea' and then I input a lot of ideas onto myself. I get a lot of new things from the teams, not a specific IGL.

BLIX: What team has caught your eye when it comes to watching them play their brand of Valorant? 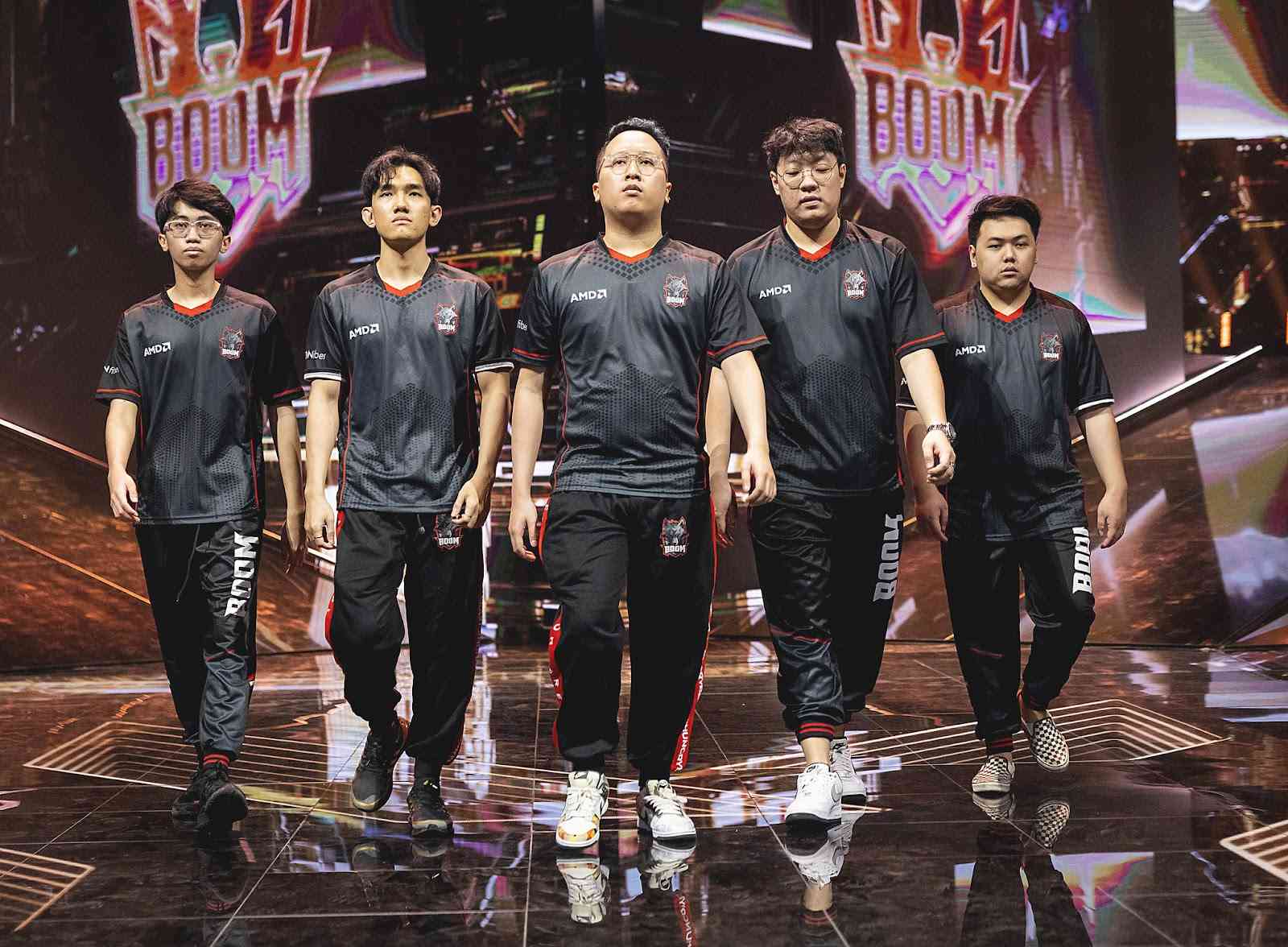 BLIX: There's been plenty of anticipation and excitement regarding the growth of Valorant in APAC, but I'd like to focus on how it has grown in Indonesia, the country where the team is based. How has the game grown within that country?

fl1pzjder: I think the Valorant scene is really growing a lot in Indonesia because, from the first time I played, we had few viewership, but now nowadays, I think we have one of the highest number of viewers in Southeast Asia. I think it's good for Indonesia because so many good teams and talent are from there. I think there's also an enthusiasts about the future. I hope it continues to grow.

BLIX: I'd like to ask about your thoughts on how the new format for VCT in 2023 will affect APAC as a whole. Will it be affected negatively or positively?