cadiaN: "I'm proud that my young guys are handling it so well. They played two Majors and made playoffs in both" 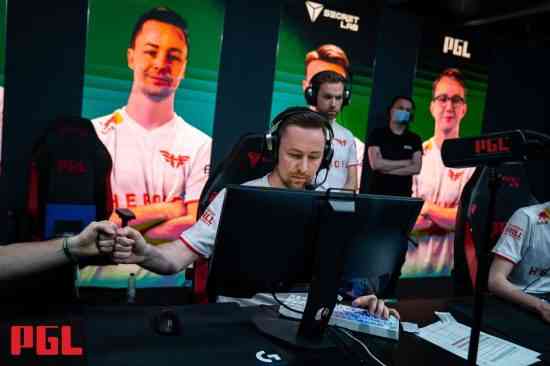 Following their 2-1 loss against Natus Vincere during the quarter-finals of the PGL Major Antwerp 2022, we had a chance to talk to Heroic's in-game leader, Casper "cadiaN" Møller.

Q: Let's talk about Inferno first. It was quite convincing, even though there were two clutches that went in your favor, the TeSeS 180 and yours, were you still convinced that you were gonna win it, despite those clutches, besides every round being so close?

cadiaN: I think like in a game with two top teams like this, a lot of the time it also comes down to the clutches, and on Nuke, they won more of them than we did, and on Inferno, we took some of them and that's like really decisive for the outcome of the game, but it's great to see different players from our team do clutches at specific times, it's a sign of maturity, and it's important going forward that everyone can make this kind of moments, so yeah TeSeS' clutch was super sick.

Q: On Nuke, you got totally destroyed on T side. For you, as the In-Game Leader, you've probably studied the demos of Navi. Did they catch you off-guard with their playstyle, or was it what you expected, but it was only your personal performance that all of you guys dipped?

Q: You said on Wednesday that the hatred towards Heroic, towards you, is energizing you, fueling you, and you said you can take it, everyone should leave it on you, but it's hard for me that your teammates are not affected by it, how are you keeping them in a good mood? Because when you were 13-2 down, I still saw some of your teammates laughing and smiling and keeping up this good attitude

cadiaN: We know we can come back from any score. We've come back from some of the most insane scorelines that CS has ever seen, and the mood is always good. We know that in order to perform, everyone has to feel comfortable. Everyone has to feel that there is a belief in them, and this is something that we value a lot in our team. That's also why you don't see people taking their hands to their head and screaming at others and stuff like this, so I think there was, of course, some booing and a lot of people cheering for Navi, but I also heard a lot of people screaming our way, and that was super positive, I'm proud that my young guys are handling it so well. They played two Majors and made playoffs in both of them. That's a big achievement, I think.

Q: Speaking of playoffs, the last major you went to the semis, this time quarters, you fell short again against a top 3 team, even as a top 3 team yourself. What is the last percentage you need to finally transition from those online achievements to a LAN achievement? What is the difference?
cadiaN: It's a good question, I think still maybe map pool, like at this event, our Nuke hasn't looked so good, and that's usually our comfort map, so when we have Ancient and Nuke, which Nuke was usually our best map, and it's like two weak maps, that's obviously not what you want and Navi's permaban, for example, is Vertigo, and it's a map that we have a 4-5 map winning streak on, so that's a bit unfortunate, so the map pool needs to be better and individual decision making also needs to be better, but I think we've already improved on that part.