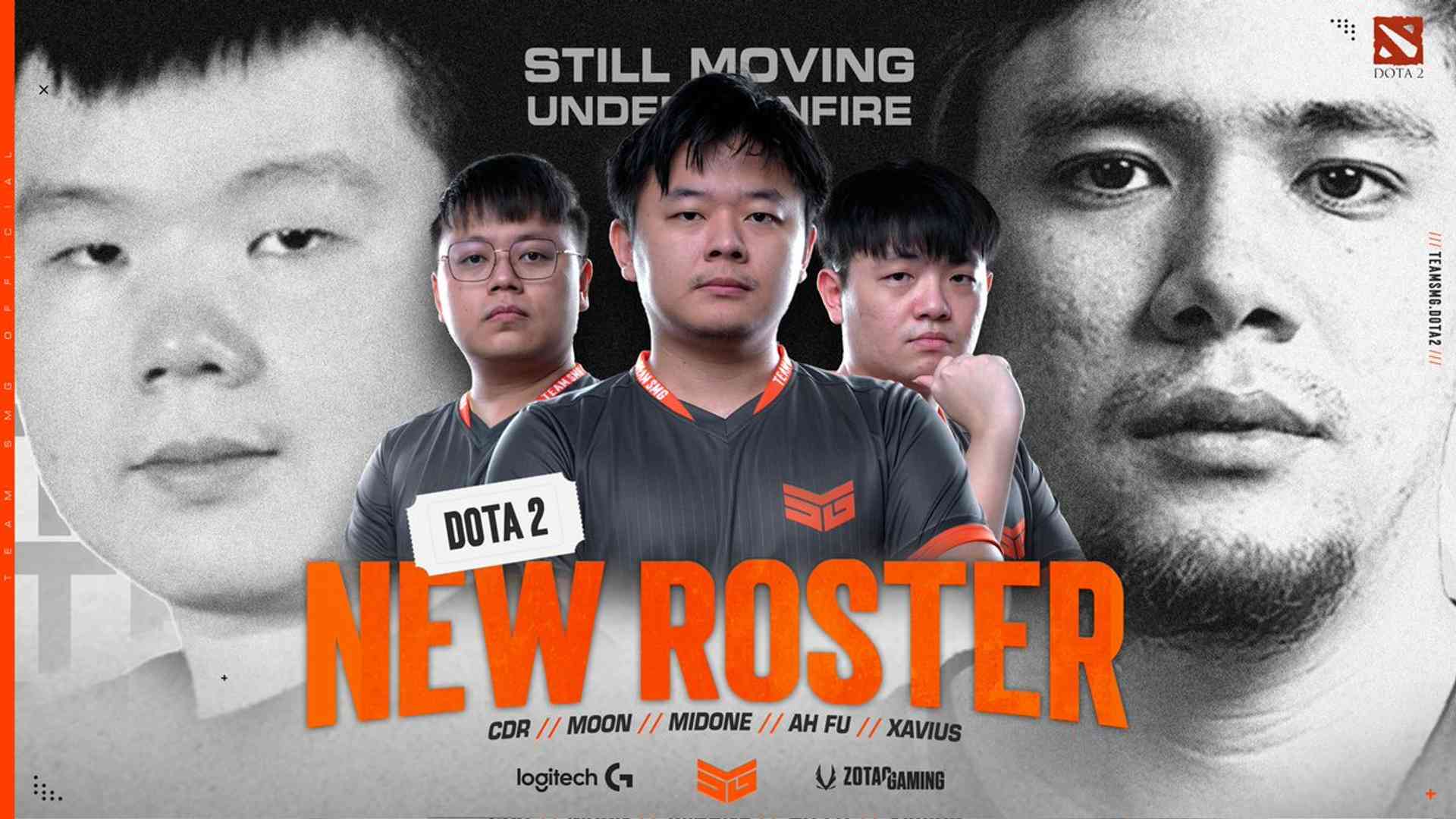 Team SMG has unveiled the updated Dota 2 roster for the upcoming season.

CDR came to Team SMG from Eternity, where he had been playing since May this year. Boomy played for Polaris Esports from September 2021 to November 2022.

Team SMG ranked sixth at the DPC SEA 2021/2022 Tour 3: Division I and retained a slot in the upper division.