Chatting with Saberlight at the Stockholm Major 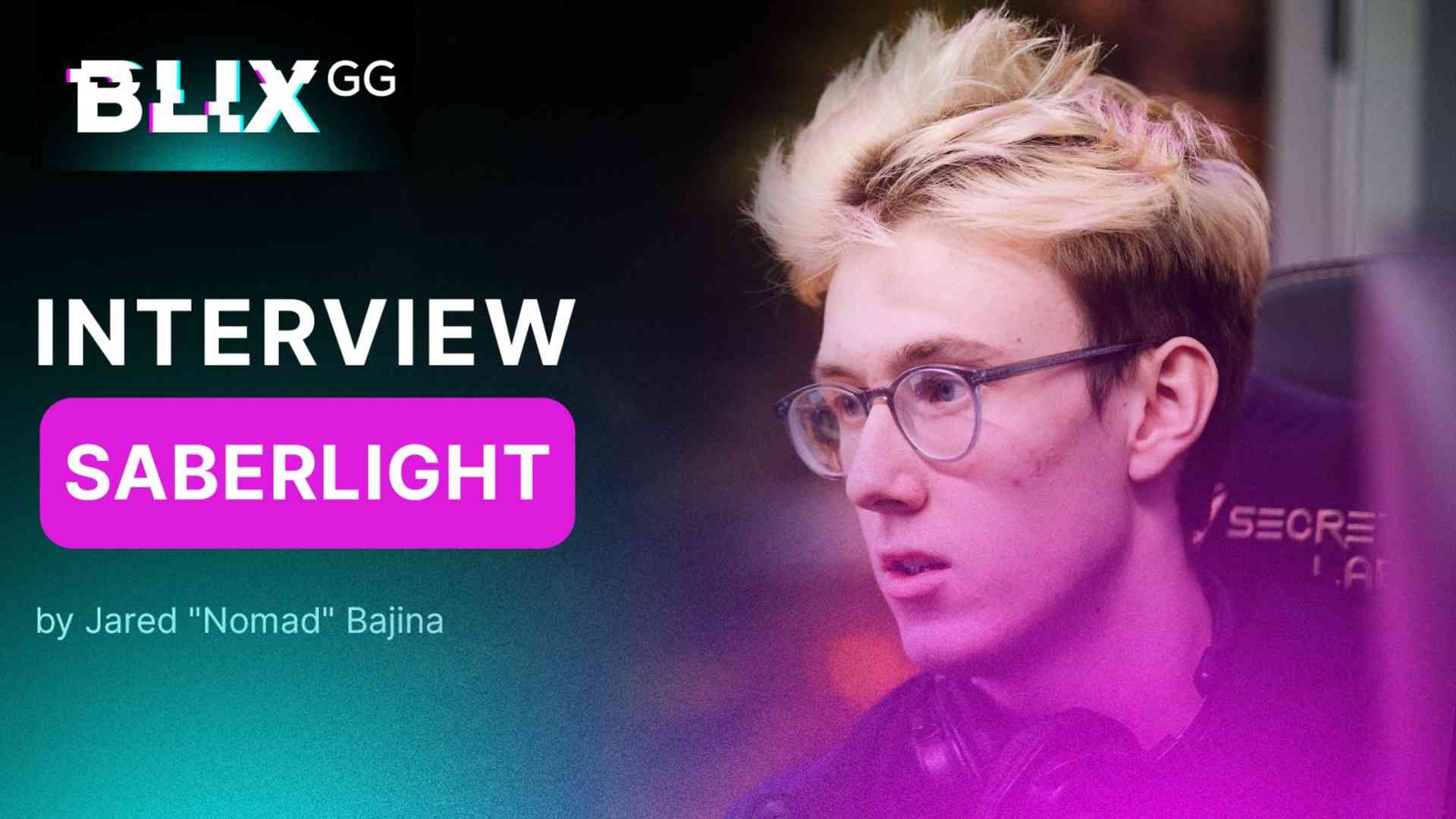 BLIX.GG had the chance to speak with Jonas “Saberlight” Volek; offlaner for ; who've managed to secure themselves top three at the major and will play the Upper Bracket Finals against Tundra tomorrow.

Yeah we’re happy we’re chilling right now. We have a two-day break so right now we’re just preparing for Tundra but yeah, we’re super happy we managed to do as well as we did.

Has the mentality of your team been like “we’re going to win this bitch” from the start, or are you taking each match as it comes?

It’s one at a time thing. I think if you look at the entire tournament it’s hard I think to just like win because then you’re just focused on alright we need to win this then another series then a best of three and it’s overwhelming, when if you just look at it one at a time it’s like alright we’re in game it’s 10 minutes in we just take rosh and move on and do the same thing next game.

Out of all the players here, you guys seem to be enjoying the games the most, is that part of your team mentality?

Yeah, I think we’re like we’re good friends so yeah the fun comes kinda naturally but I think we’re also just having fun by playing. Me especially whenever- especially the Gladiator series, when I cut down Darachyo oh I was just so happy about it!

Do you always have fun playing?

Not always, I think it’s important to like have a good team that kinda supports each other and is having fun whilst I think even in this team there’s like times where we’re losing a lot of games so it’s a bit stressful people are fucking up so then people get upset at each other, then it’s a bit harder, but it’s important to work through these issues and improve.

How do you prepare for a match up both in the long term?

Moon Misery and Dubu, they prepare the strategies and the drafts and me Bryle and Timado are just chilling, playing pubs. I think we sometimes watch the replays of the teams we’re playing but yeah it’s mainly the boomers who do the preparation.

What do you guys do in the short term?

My special food is chicken, I hecking love chicken but I don’t think we do anything special. This tournament I just try not to think much about the games and I think that’s been making me play better because there’s less pressure. In the past during the DPC for example, I would in important matches I remember I’d get kinda nervous when we’re going into the games but right now I’m just like alright let's just look at it and live in the moment. Don’t overthink. And that helped me a lot.

Will you have chicken before the grand finals?

Indeed. There’s a few good chicken places but unfortunately, this hotel doesn’t serve chicken for every meal and that’s what I’m used to. So for the Gladiator series before that I had 4 potatoes for lunch. Luckily with TSM supporting us we can order what we want.

Maybe thats it though, maybe you need to not have the things you like so you work harder for the reward. So before Grand Finals you should have a few blades of grass and a stick of asapragus.

This mentality kinda happened with COVID when I Was stuck in Poland and I realized what I was missing. I was stuck, I didn’t know for how long, so when I finally came I was hyped to play.

So did getting stuck in Poland help?

Yeah it did for sure.

Joining TSM and the NA Scene

This is your first event under the TSM banner, is there anything they’ve done for you which has helped you guys perform at this crazy high level?

It’s really nice having the funding, any issues we have at any tournament they’ll provide help for us. Here we have basically staff of three people plus our manager so they’re all here for us. Two of them are making content. It’s just nice. I’m enjoying it a lot.

With the content is that something you’ll be focusing on more, because I’m guessing you’ve picked up a lot of fans since EG are in the bin, all the NA fans are now waving your flag, are you ready to bring them on board and welcome them with a lot of content?

Yeah it’s actually crazy how much content we’re making. I haven’t seen anything yet but I’m sure they’re making some high level documentary something like the OG documentary’s level. Hopefully. It’s pretty high level content basically.

Not a kid on fiverr doing a dank meme compilation?

How do you think the China teams would have done if they were here?

I wasn’t watching China much but I think LGD would do amazing as always, from what I’ve heard Xtreme is really solid too so I imagine these two teams would do really well I wouldn’t be surprised if at least one of them were on the finals and yeah, other than that I think I don’t know I think all of the other teams would just get beaten at some point.

Who on your team do you think is over performing the most?

I think Timado always plays good. I think he’s probably the best player on our team but he’s always the best so I wouldn’t say he’s over performing since he’s always playing good. Bryle the same thing, I think those two are very consistent and very good. So I think it’s me, because I usually don’t play this well. I’m very hit or miss. Sometimes I hit my spears in the arenas, sometimes I don’t even hit spears into trees.

Hitting them all this tournament for sure! So Poland has released the beast Saberlight!

Obviously from what we’ve seen, Moon and you are the energy, bringing the hype, Dubu seems like the chill guy, sometimes too chill as we’ve seen from your self-high-five video, where do Bryle and Timado stand on the hype scale?

I think Bryle, Timado and Dubu usually just chilling, they’re very clam players, DuBu especially so. I feel like since me and Moon are more energetic I think Moon is energetic in a way in which he’s giving us speeches and he’s going to motivate us and rally us as his troops, whilst my energy is just doing some silly dumbass shit, so I think that’s the role we all have, because I like to think that me doing silly stupid shit kinda helps the team atmosphere because I’ve been in teams where everyone is very series and everybody is just focused on the game and people just forget to have fun and it’s important to remind them. 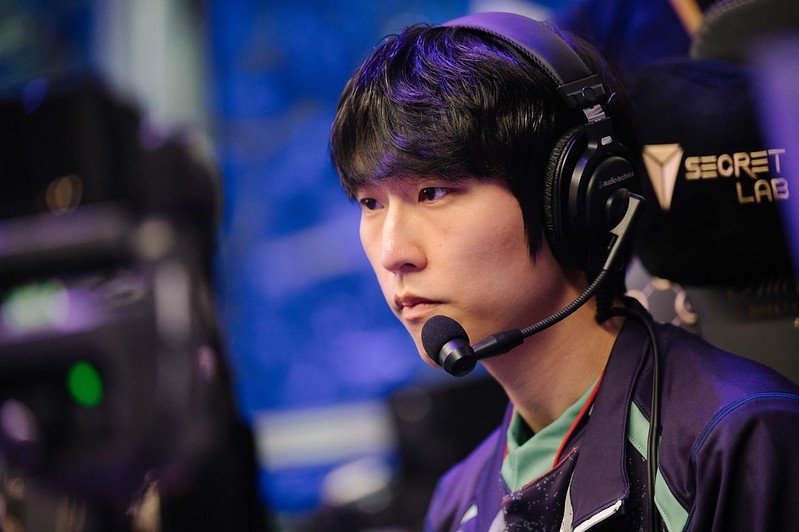 And like you said earlier about getting inside your own head, and if you can stop your own team from doing that, it’s very valuable indeed. How prepared are you for Team Tundra?

So far we’re not prepared at all, we’re gonna just get 2-0’d, so what can you do? We’ll do our best to at least hold out against them but we’ll see.

You can catch Saberlight and TSM in the Upper Bracket Finals at the Stockholm Major.