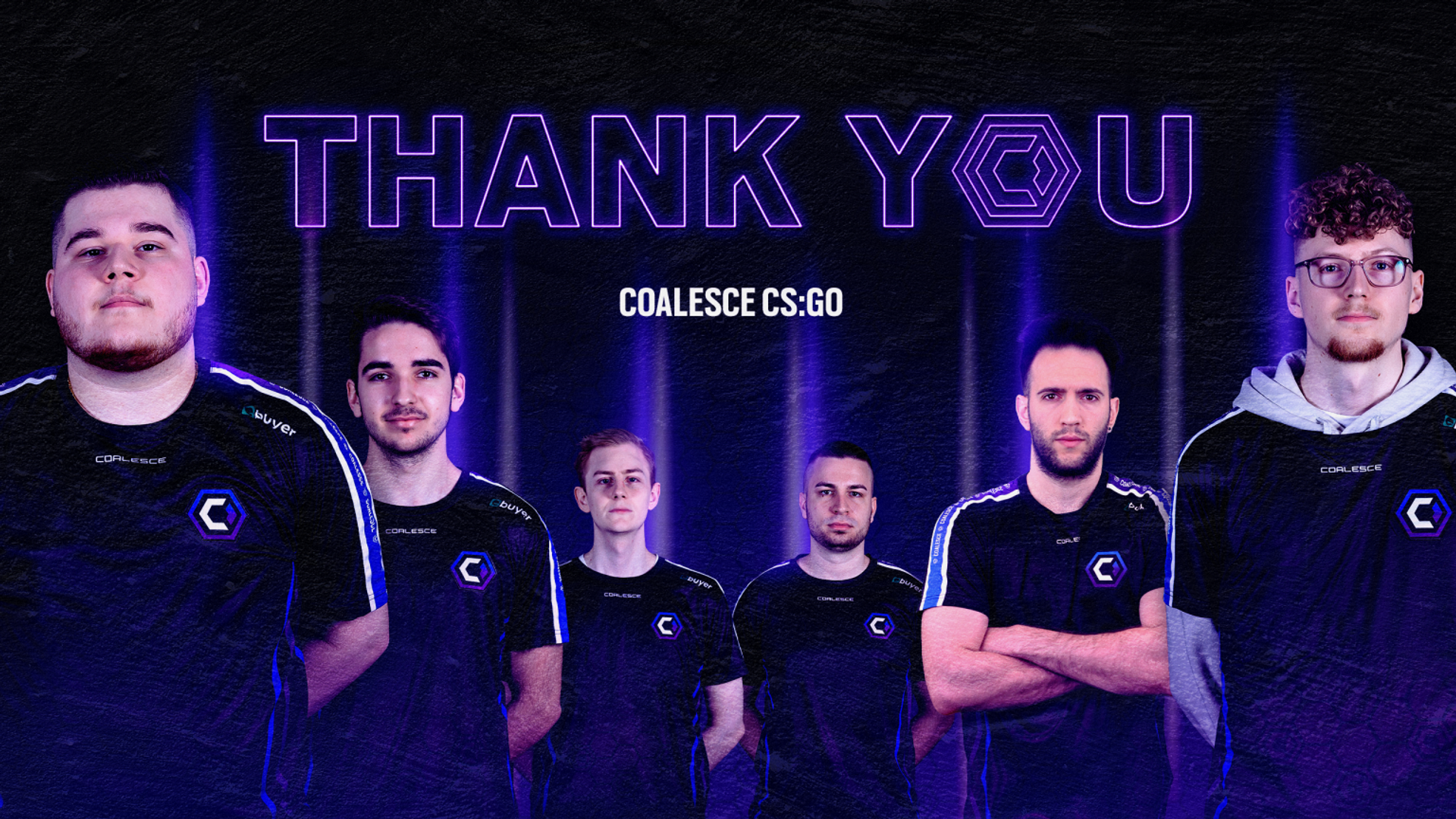 British esport organization Coalesce has decided to fire its CS:GO roster, which was hired in February.

"4-month journey comes to an end. We would like to thank all of the team for their efforts throughout and we wish them all the best in the future. Things didn’t work as we would have wished but it was a fantastic experience for Coalesce and has allowed us to understand our next steps within Counter Strike. A special thank you goes to the staff behind the scenes Feedme (Coach) and Leo (Analyst) for their efforts to support the team", noticed in Coalesce's statement.

All five players and the coach enter the market as free agents.

The Coalesce lineup was: